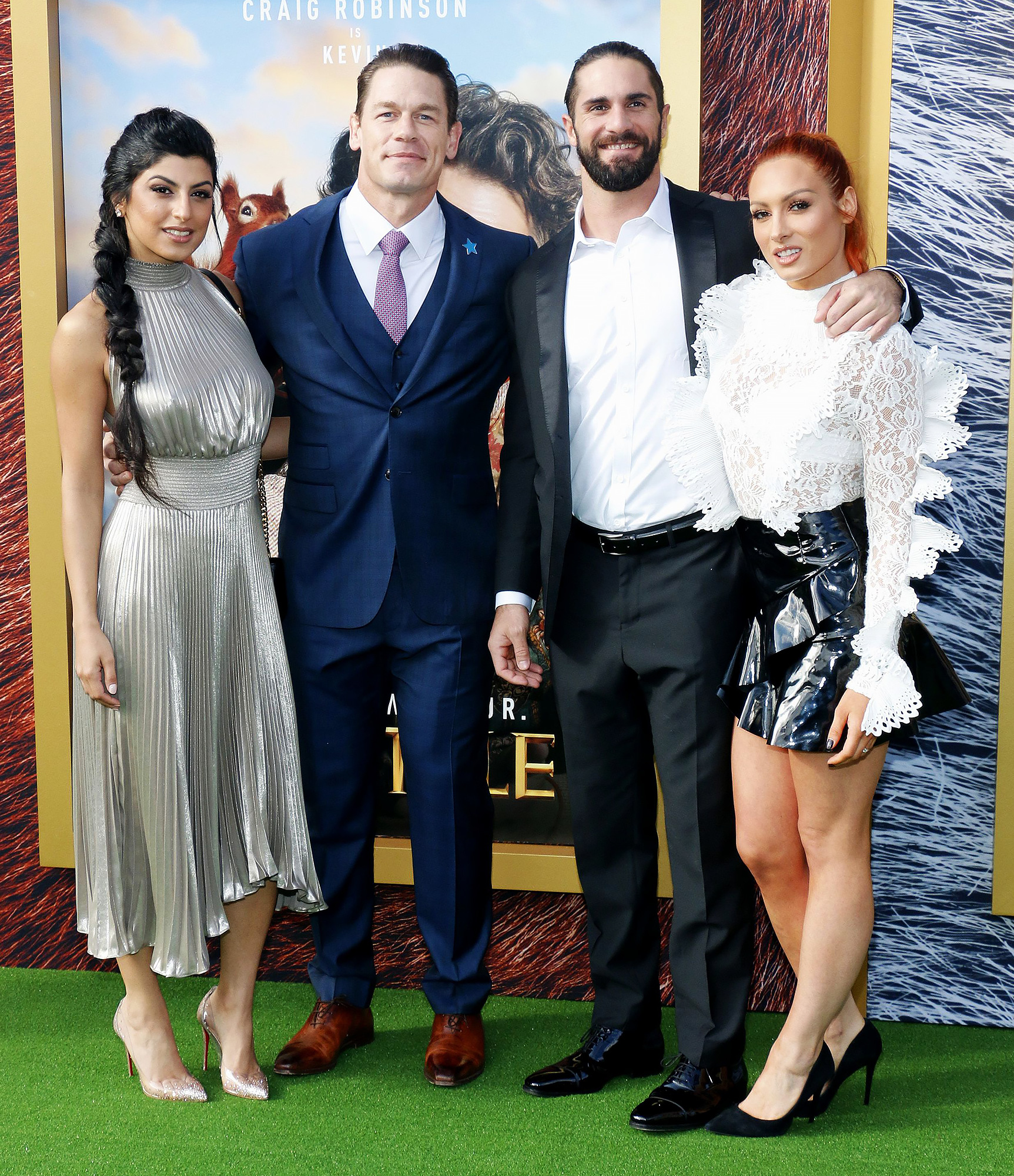 John Cena’s relationship with Shay Shariatzadeh gets the seal of approval from his friend and fellow WWE wrestler Seth Rollins.

“[John and Shay] look incredible together,” Rollins, 33, exclusively told Us Weekly as he and fiancée Becky Lynch attended the Los Angeles premiere of Dolittle alongside the couple on Saturday, January 11.

Cena and Shariatzadeh were first spotted together in March 2019, eight months after Cena split from fiancée and fellow wrestler Nikki Bella. He and Shariatzadeh, an electrical engineer and project manager, shared a kiss on the Dolittle premiere red carpet. 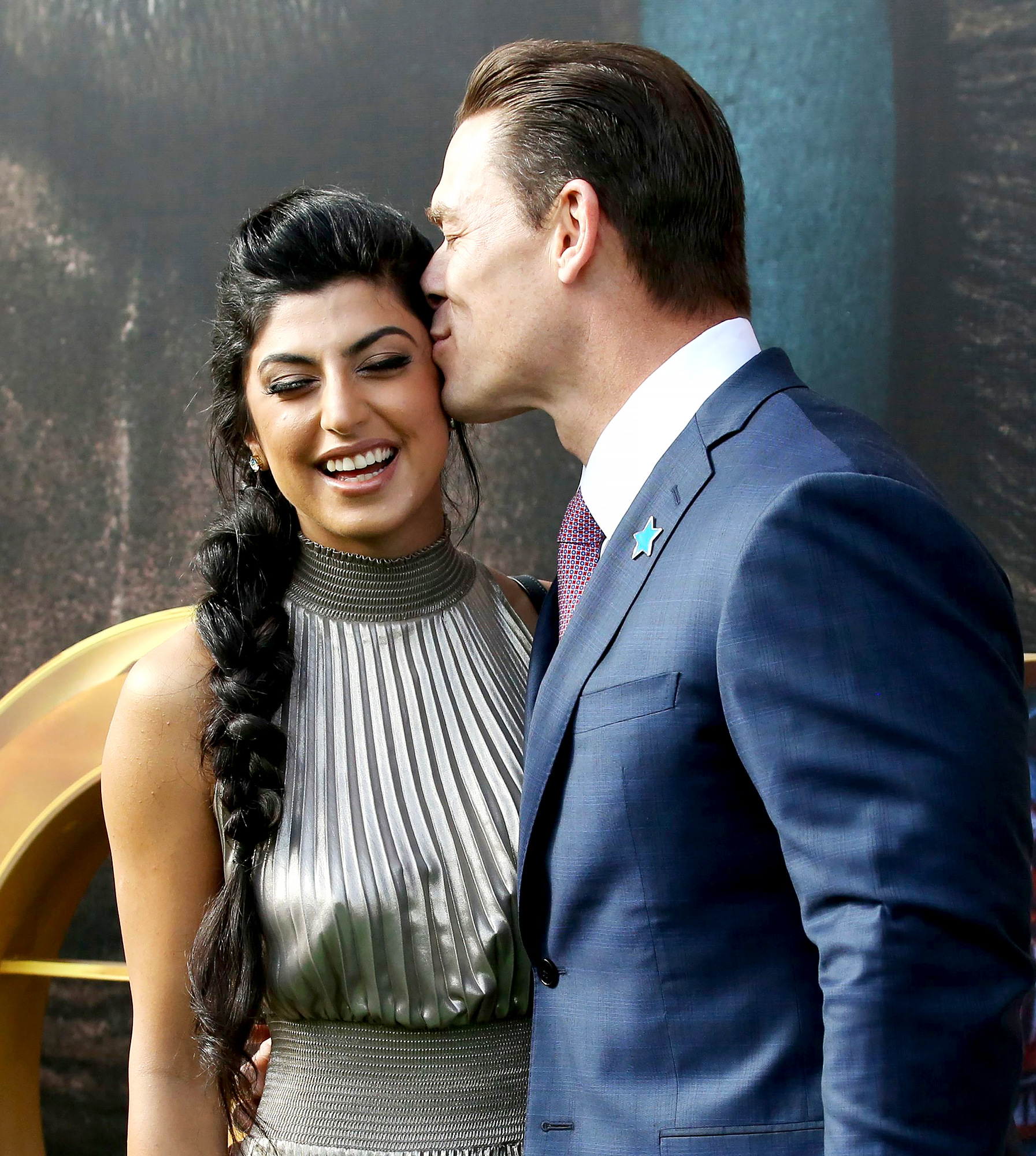 “I have not seen him this happy in a long time,” Rollins said of Cena at the event. “So that’s really cool.”

Rollins has his own reasons to be happy, after he and Lynch, 32, announced their engagement last year. On Saturday, the couple told Us they’re in “no rush” to walk down the aisle and explained why they probably won’t elope.

“We have two mothers, one being an Irish mommy that would probably kill me,” Lynch said.

Rollins added: “The other one being a Midwestern mommy that would also not be pleased. Yeah, we’ll end up having a wedding at some point. Getting around to planning it is quite a task, though!”

Cena is also a big fan of the relationship. “He always just said how happy he was to see us happy and be good to each other,” said Lynch, another WWE star.

Rollins emphasized how important it is to “take time to be good to each other and appreciate each other.”

“Because it’s tough to work together and, you know, we’re always on the road together, and this business is full of stress,” he added. “So I think [John] just wants us to be happy for each other and take the time to appreciate it!” 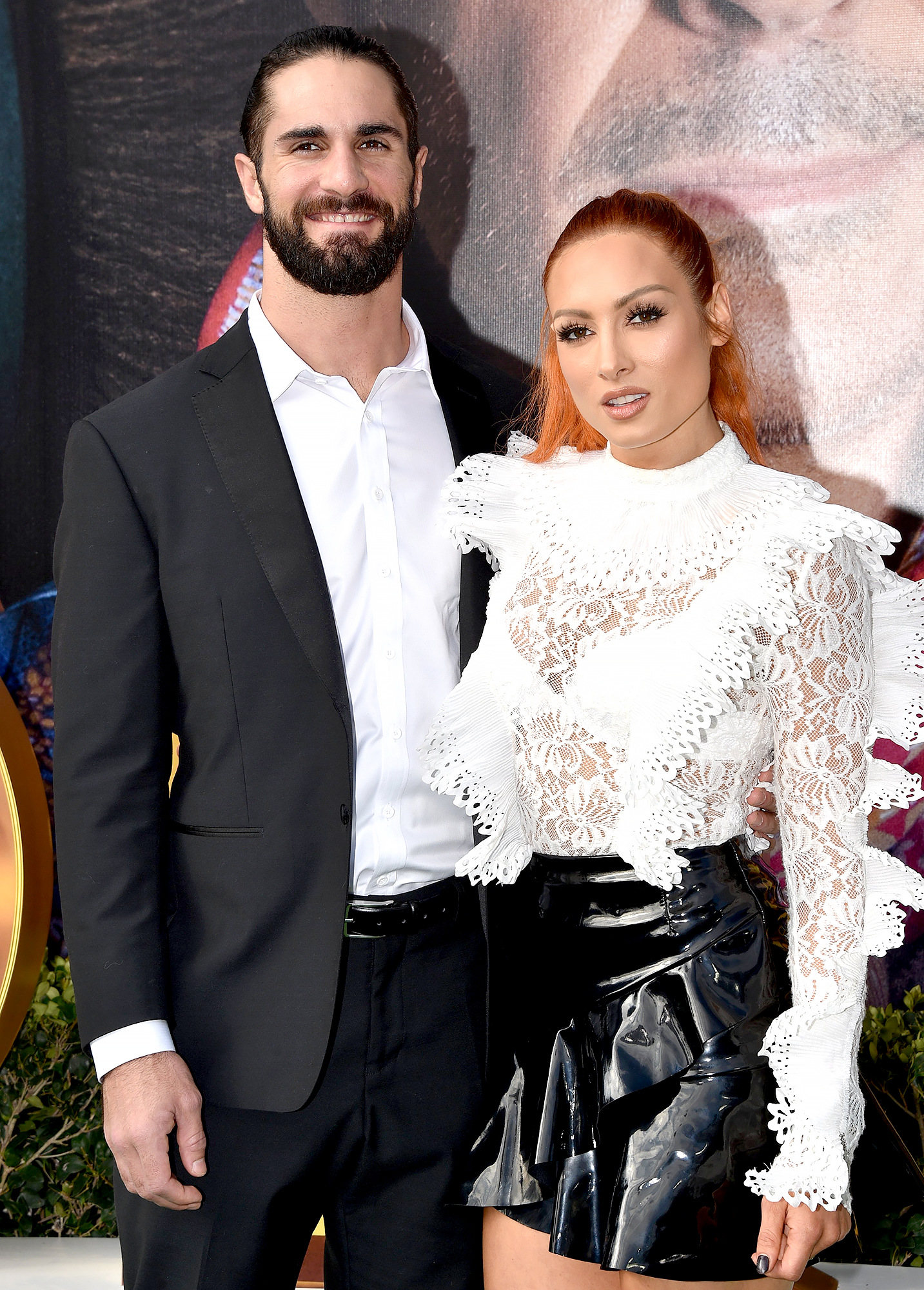 Lynch also told Us there “will be babies” in her and Rollins’ future. “How about 20 of them?” she quipped. “I’m just kidding! Again, yeah, there’s no rush, and we’ve got things to do.”

Rollins added: “It’s her body, her thing, you know? She’s got to be the one to take the nine months to herself, or longer. So I’m on her clock for that one.”

With reporting by Taylor Ferber