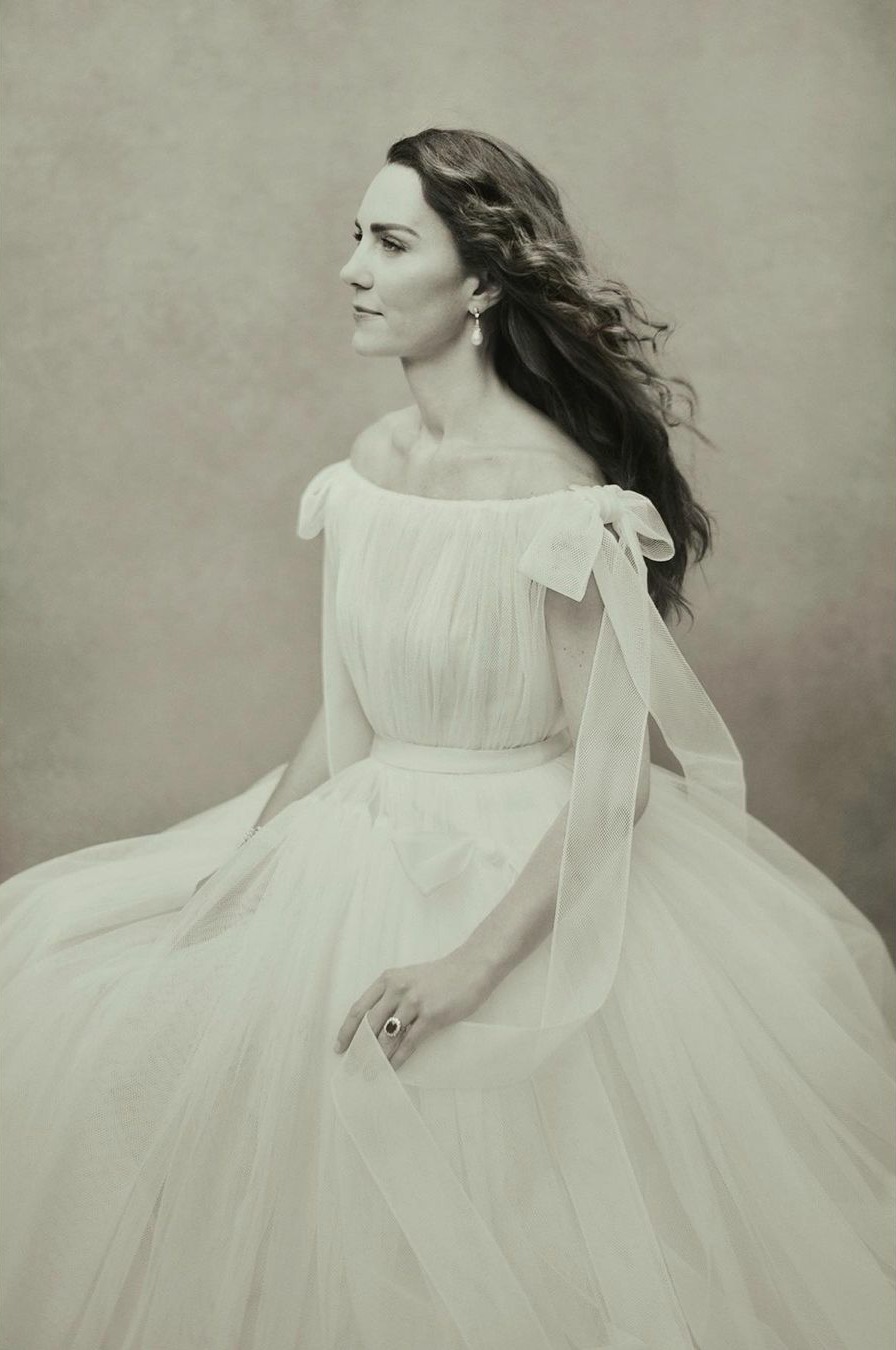 So much of the Duchess of Cambridge’s unhinged “40th birthday extravaganza” was hilarious to me. Kensington Palace, Kate and the Middletons clearly blanketed the media weeks in advance to push stories about how Kate is super-normal, how she’s shy and doesn’t like attention, how she eschews glamour and fuss, how she’s stable and calm (especially compared to emotional, angry, rage monster William). They made a huge fuss about how she never wants a huge fuss. What’s also hilarious is how quickly all of that Normal Boring Solid Unglamorous Kate PR shifted as soon as her birthday portraits were released. Suddenly, she was glamorous and it was a great thing, and Meghan must be so mad to see Kate looking like the ghost of a Confederate widow. So that’s where we are now: Kate can’t focus on one narrative and neither can the royal reporters and commentators who are tasked with embiggening this sad piece of toast.

Royal commentator Ingrid Seward explains: “In this image I think you see a nod to Kate rising up the ranks. People look at her and see the perfect queen, young and beautiful. It evokes an image of the Queen as a young woman and even conjures up historically a Boadicea, strong, yet feminine – femininity yet strength. That idealised image of a young queen, serene, in control and poised.”

She adds: “Kate is coming into her own. She is genuinely involved in her charity work, which will be her legacy. We have seen her in the peacemaker role between William and Harry, we saw her at the carol concert in Westminster stepping confidently into the spotlight, she is no longer a clothes horse, there is a strength there now. We can see Kate stepping up a level, the coming of a queen in waiting, and I think she is more ready to fill those shoes.”

But she stresses the Duchess will no doubt feel embarrassed by the attention on her position. She’s been in The Firm long enough to know she must not overstep the mark.

“Prince Charles is not even King yet and the Royals are very careful about not upstaging each other. Kate will be keen not to upstage Camilla,” says Ingrid. “She is aware of hierarchy and that it is Camilla’s turn. But she is a wonderful advert for the monarchy, especially globally, and people will see her as the perfect queen.”

[From The Daily Mirror]

A few points: if and when Kate becomes Queen, she’ll likely be in her 50s or maybe even 60s. She will not be a “young queen,” nor is youthful queenery something to aspire to. And I can guarantee that if that happens, we’ll still be hearing about how Kate “is coming into her own” and that she has big plans to be keen as Queen, she promises. Kate’s immaturity and laziness doesn’t actually make her younger or seem younger, is my point. The point of Seward’s embiggening isn’t actually about what Kate has done or will do with her position though, it’s just lavish praise for how Kate LOOKS, not what she is. And I do wonder if all of Kate’s birthday extravaganza is why there were suddenly several high-profile pieces about the Duchess of Cornwall last week. Camilla and Charles are telling Kate to take it down several notches. 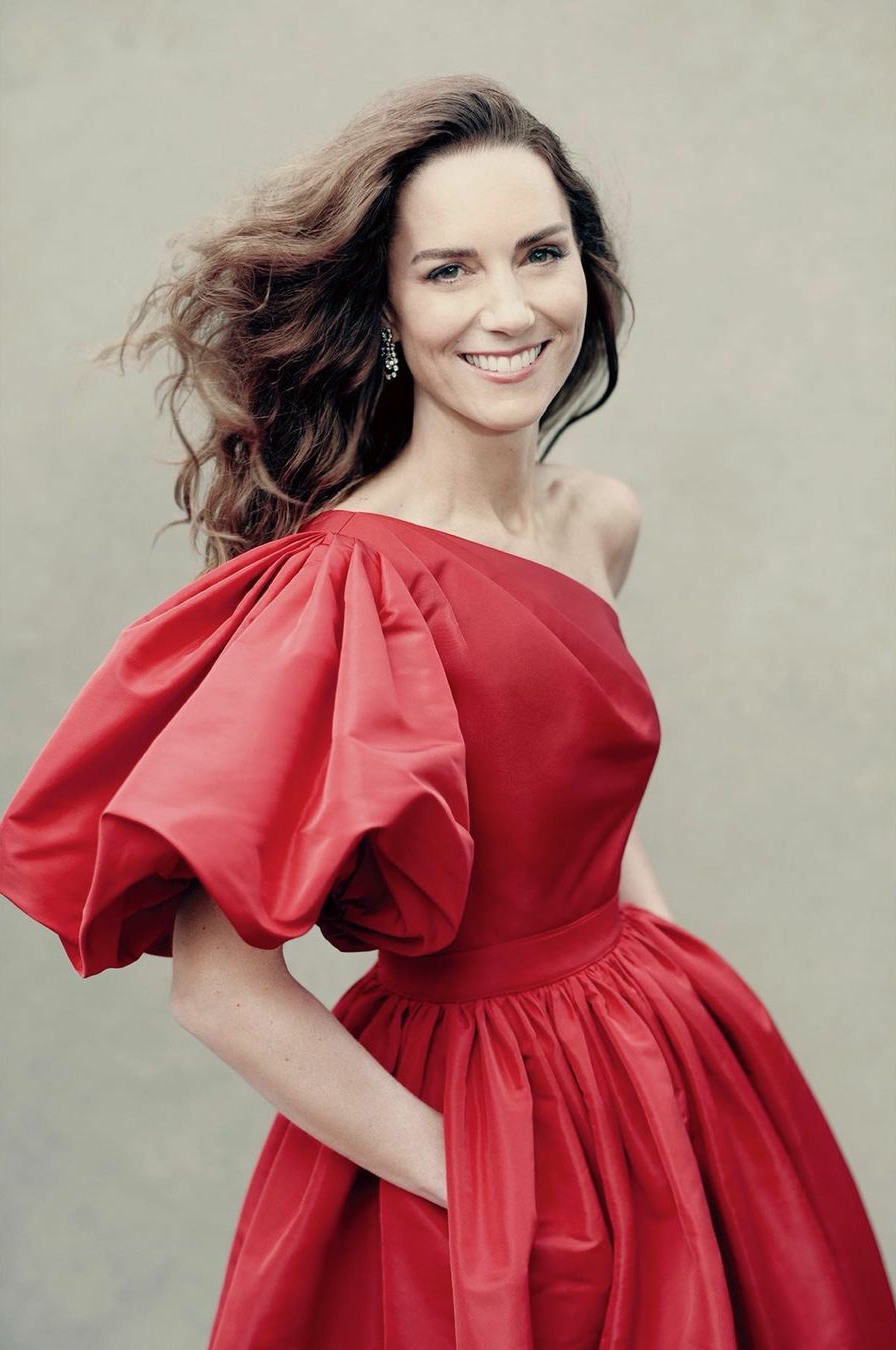