Leading Hollywood producers Stacey Sher, Brenda Gilbert, Van Toffler, Jeff Clanagan, Mike Larocca, Mary Viola and SAG-AFTRA executive director Duncan Crabtree-Ireland will come together for the highly anticipated Producers Roundtable presented by City National Bank at TheGrill, WrapPRO’s annual business conference Sept. 29-30. This year’s roundtable discussion will focus on navigating the COVID-era and what it takes to get your project made and seen in 2021.

On July 19 of this year, studios and unions reached an agreement for the industry to return to work. However, just as production began ramping up, the Delta variant delivered a new set of challenges. With studios like Netflix issuing vaccine mandates and moviegoer’s comfort levels dropping, where is the industry headed? Will theatrical releases be suspended? How can we continue mitigating costs, while keeping safety a priority on set? 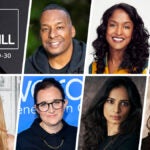 For over a decade, TheWrap’s Grill event series has led the conversation on the convergence between entertainment, media and technology, bringing together newsmakers to debate the challenges and opportunities facing content in the digital age. Tailored to C-Suite and high-level attendees, TheGrill presented by WrapPRO, delivers a unique series of curated discussions, industry panels and virtual networking activations that explore the ever-changing media landscape.

This two-day event will be live-streamed September 29-30 and will be available exclusively on-demand via WrapPRO, a member community for professionals in entertainment, media and technology. Click here to become a WrapPRO member for access to TheGrill as well as exclusive entertainment coverage, insights and invites to virtual events/screenings throughout the year. 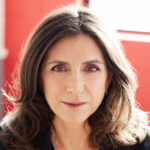 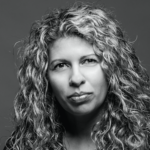 Brenda Gilbert is president and co-founder of BRON Media Corp. Founded in 2010, BRON has been behind more than 100 productions and is proud to have been part of 27 Academy Award nominations and six Academy Award wins for the films: “Fences,” “Joker,” “Pieces of a Woman,” “Greyhound,” “Bombshell,” “Roman J. Israel Esq.,” and “Judas and The Black Messiah.” 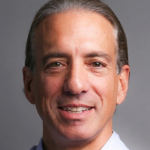 Van Toffler is CEO of Gunpowder & Sky. Since its inception in 2016, the studio has released 40+ feature films and series plus more than 1000 short films across theaters, TVOD and platforms including HBO, Netflix, Hulu and Spotify. Previously, Toffler served as CEO of Viacom Media Networks Music & Logo Group. During his 28-year tenure, Toffler launched MTV onto the global stage, positioning it as the most valuable youth media brand. 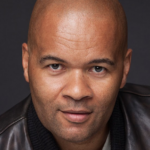 Jeff Clanagan is the CEO of Laugh Out Loud, the global multi-platform comedy brand founded by Kevin Hart. Additionally, Clanagan is founder and CEO of Codeblack Films and Codeblack Digital, a film production and distribution company dedicated to super-serving the Black community worldwide. 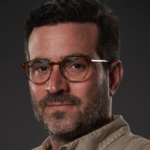 As a co-founder and vice chairman of independent studio AGBO, Mike Larocca has produced films including “Extraction” starring Chris Hemsworth, “Cherry” starring Tom Holland and “21 Bridges” with Chadwick Boseman. His upcoming projects include the Netflix film “The Gray Man” starring Chris Evans and Ryan Gosling, A24’s“Everything Everywhere All At Once” and the new Amazon Studios series “Citadel.” 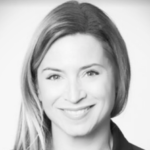 As the president of production at Wonderland Sound and Vision, Mary Viola is responsible for overseeing the company’s feature and television slate. She recently wrapped production on the Netflix rom-com “Love Hard,” starring Nina Dobrev, Darren Barnet and Jimmy O. Yang. Her additional credits include “Holidate” starring Emma Roberts, “I Feel Pretty” with Amy Schumer and the new Netflix franchise “The Babysitter.” 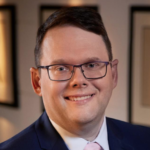 Duncan Crabtree-Ireland became the national executive director and chief negotiator of SAG-AFTRA in May 2021. Prior to this role, Crabtree-Ireland spent seven years serving as the organization’s chief operating officer and 15 years as their general counsel. Last year he was responsible for coordinating the union’s COVID-19 response and shaping the guidelines that allowed production to resume.