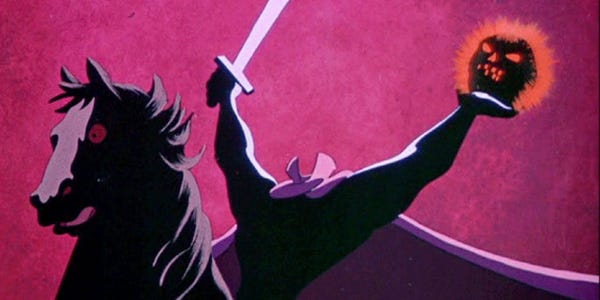 The Halloween season is a fun time to delve into some of the great scary work that Disney has done all the way back when Walt himself was calling the shots. And thanks to Disney Plus that's easier than ever.

There's the trippiest Marvel movie ever, "Doctor Strange," Jack Sparrow battling spooky skeleton pirates in the "Pirates of the Caribbean" movies, the Tim Burton classic "The Nightmare Before Christmas," and even the fantastic "Treehouse of Horror" episodes on "The Simpsons."

Here we highlight 18 of the best Halloween movies, short films, and TV shows on Disney Plus right now. 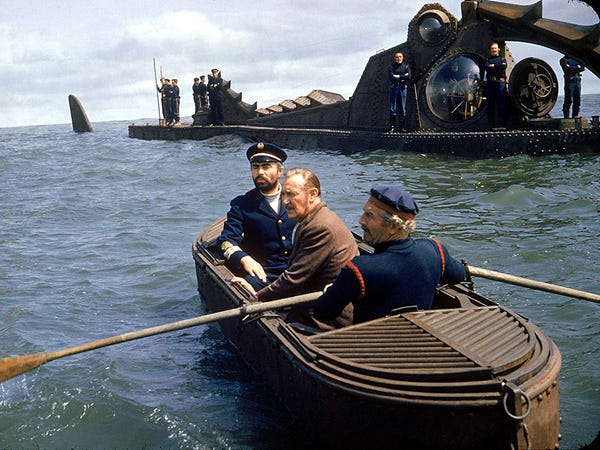 This fantastic big-screen adaptation of the classic Jules Verne novel features amazing performances by Kirk Douglas, Peter Lorre, and James Mason as the crazed Captain Nemo who built a submarine that looks like a sea creature.

The movie also has practical effects that at the time of its making in the 1950s astounded audiences. 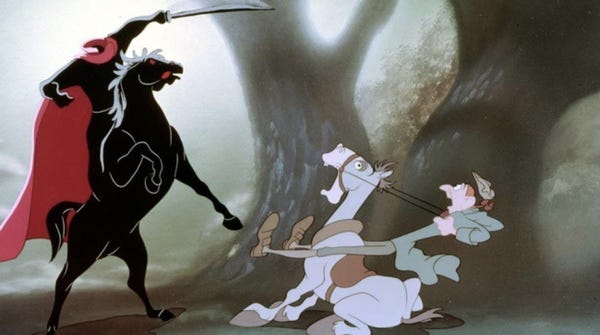 As Walt Disney's production company began to grow in popularity in the late 1940s, this animated movie was presented as two stories: "The Wind in the Willows" and "The Legend of Sleepy Hollow."

The first follows the manic Toad as he goes on reckless adventures on everything from cars to an airplane. The other is an animated take on the classic Washington Irving story about the Headless Horseman.

Just because it's a cartoon doesn't mean the latter story won't give you the chills.

Still one of the trippiest Disney movies ever made, we follow a research ship in deep space that comes upon a giant ship commanded by a madman who is in search of a black hole.

Mixed with a little bit of "2001" and "Star Wars," and accompanied by a haunting score by John Barry (and a demented robot named Maximillian), this one is definitely a must-watch this time of year. 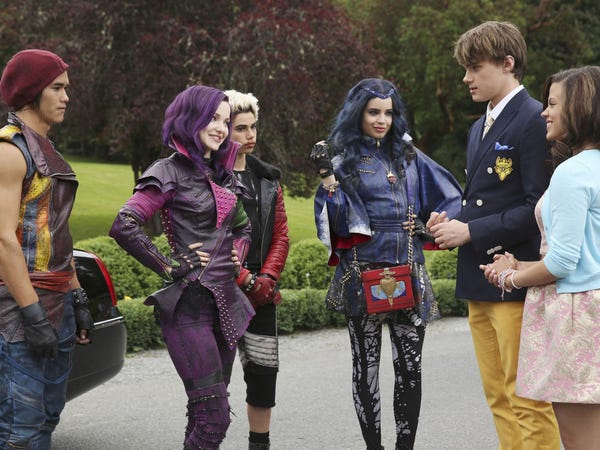 This hit fantasy musical franchise looks at the children of Disney's greatest villains as they go to prep school inside the realm of Disney heroes.

The colorful costumes of characters like Mal (Dove Cameron) and Evie (Sophia Carson) will get you in the Halloween spirit. 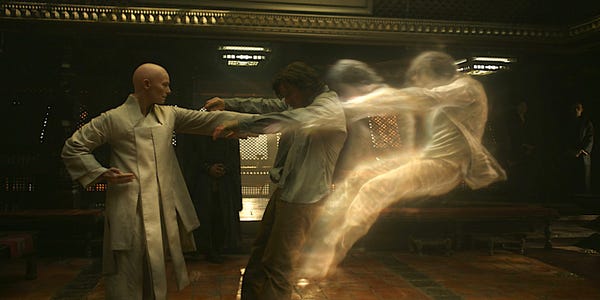 Out of all the movies in the Marvel Cinematic Universe, this is certainly the one that is the most fun to watch this time of year.

The original story of Dr. Stephen Strange (Benedict Cumberbatch) becoming of master of the mystic arts is visually dazzling and very trippy. 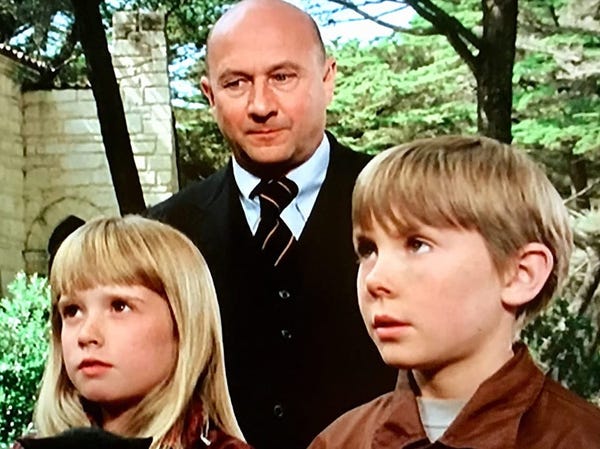 Kim Richards and Ike Eisenmann star as orphan sister and brother Tia and Tony who have strange powers and are being hunted by a millionaire who wants their powers. It leads to a journey to the mysterious Witch Mountain where the truth about the kids is revealed.

If this campy fun isn't enough, you can also watch "Return from Witch Mountain," which amps up things with the casting of legends Bette Davis and Christopher Lee as the villains. 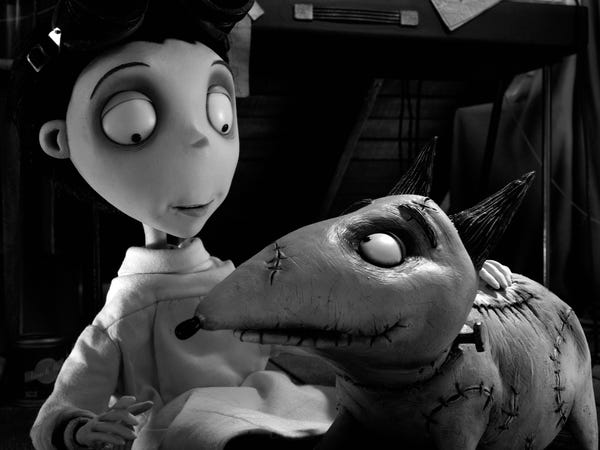 In this 3D stop-motion animated movie Tim Burton remakes a short film he made in 1984 that plays off the classic "Frankenstein."

When a boy's beloved dog passes away he attempts to bring it back to life through a science experiment.

And if you want to check out Burton's short, that's also on Disney Plus. 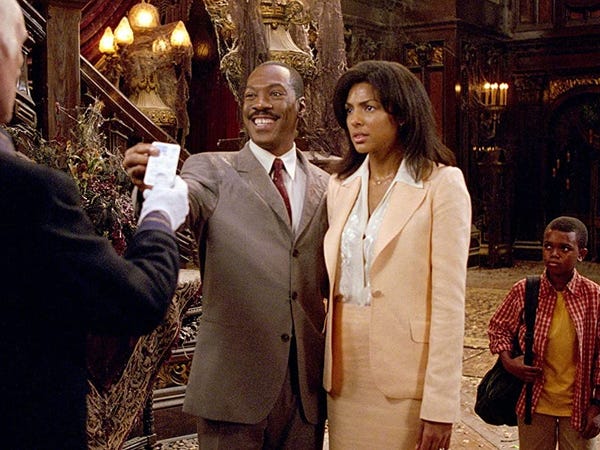 Disney teams with Eddie Murphy to bring one of their classic amusement park rides to the big screen.

Here Murphy plays a realtor who along with his wife and kids come upon a dusty mansion that turns out to be haunted. But in the process of scares and laughs, they learn a lesson about the importance of family. 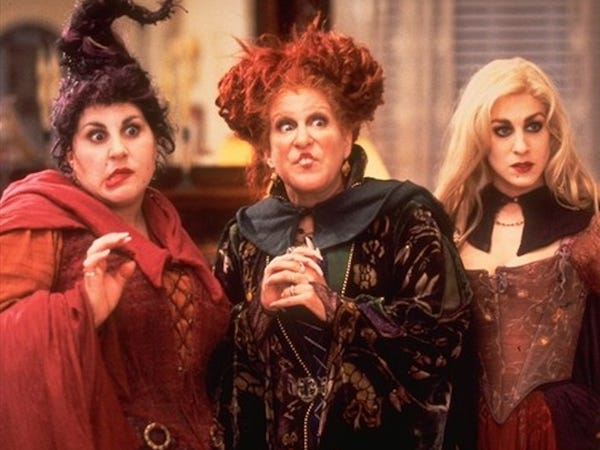 It's a movie that has become required watching during the Halloween season. 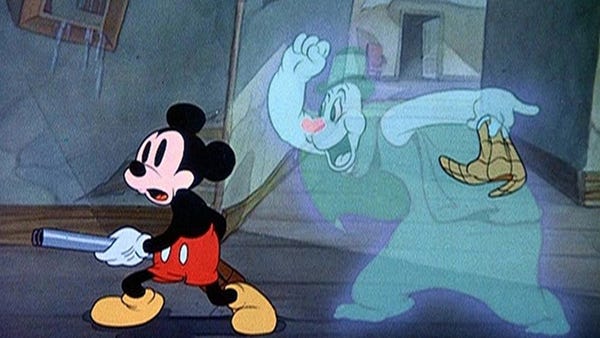 This classic animated short is perfect for the whole family.

Follow Micky, Donald, and Goofy as they play ghost exterminators who meet their match when a few bored ghosts being to prank them.

Angelina Jolie plays a vengeful fairy who has quite a conflicted relationship with the king's infant daughter. And if you love Jolie's spooky performance, the sequel "Maleficent: Mistress of Evil," is also available on the service. 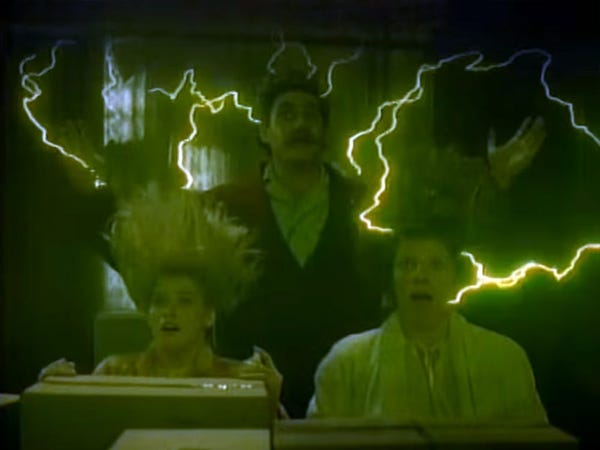 This failed made-for-TV pilot has found a second life on Disney Plus. The super campy story follows a family who is haunted by a ghost from colonial times.

If you are nostalgic for some cheesy 1980s-produced family fun, this is it. 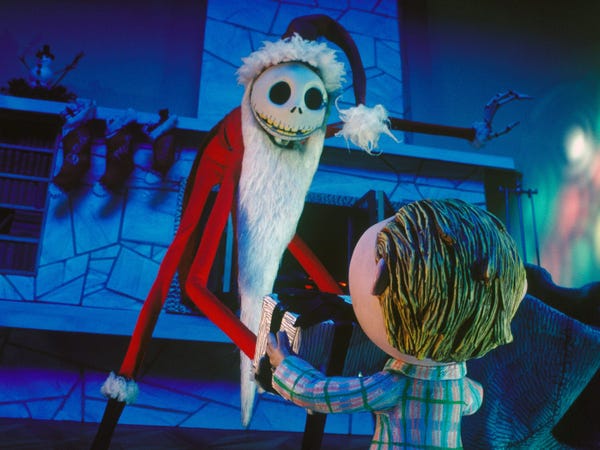 This beloved stop-motion musical produced by Tim Burton that mixes Christmas and Halloween is another that's required watching this time of year (and the holiday season, too).

Here we follow Jack Skellington, the king of Halloween Town, who stumbles upon Christmas Town and can't get it out of his head. 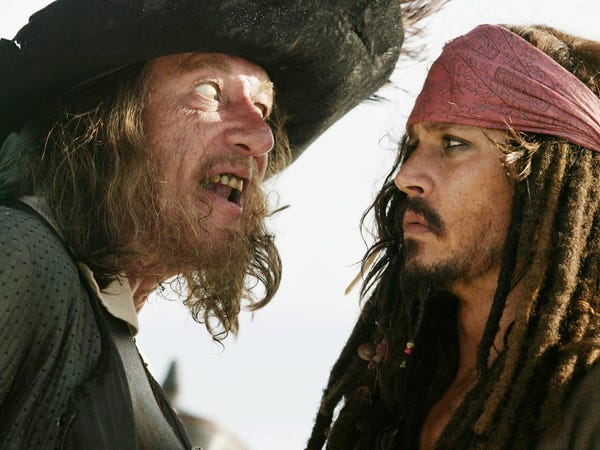 Head out on the creepy adventures of the high seas with Captain Jack Sparrow as he faces undead pirates and sea creatures.

Outside of "On Stranger Tides," the whole franchise is currently on the service. 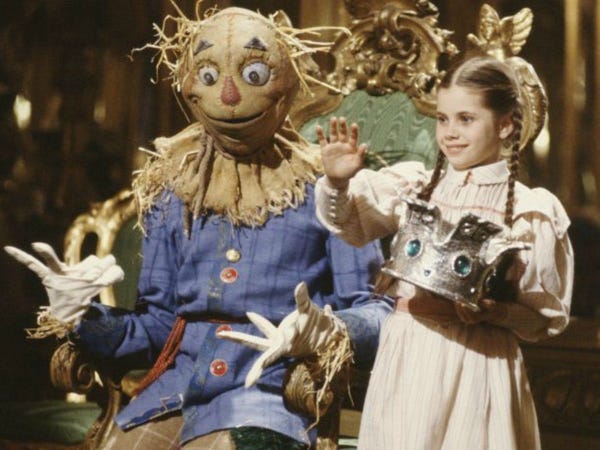 Fairuza Balk plays Dorothy who is back in Kansas after returning from Oz. Depressed because she misses all her friends back in the mystical land, she's taken to a psych ward.

Dorothy is saved and goes back to Oz, but it is not the one she left. It is now in ruins. She sets out on a quest to bring it back to its glory. 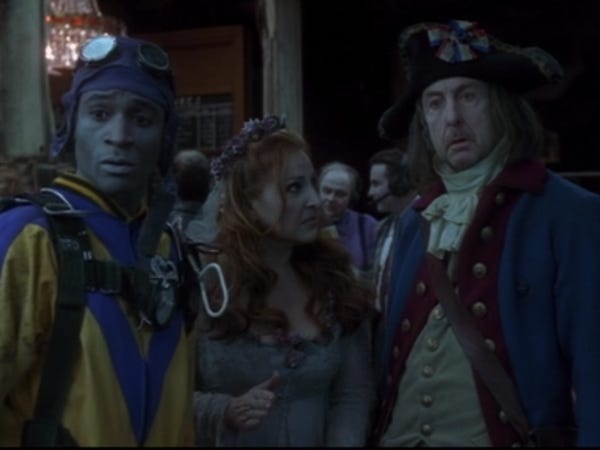 Eric Idle, Tommy Davidson, and Kathy Najimy play three ghosts who have named themselves "Soul Patrol" and look for souls who have unfinished business before crossing over to the great beyond.

"The Simpsons" Treehouse of Horror (1990-current) 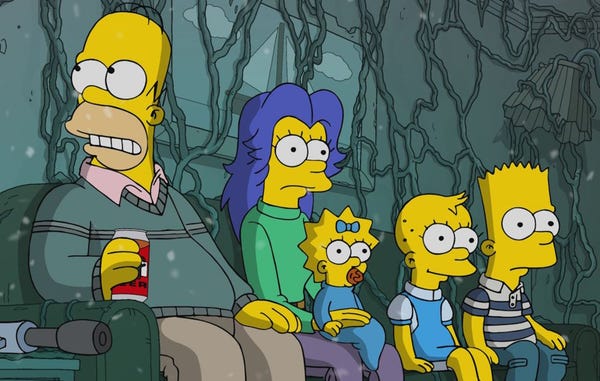 This one is countless hours of fun. For years, every Halloween "The Simpsons" put together twisted tales, and you can watch them now on Disney Plus. 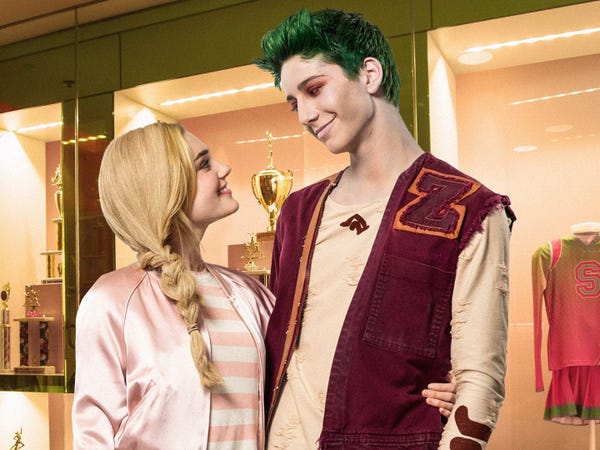 This Disney Channel original movie/musical never gets old. It follows zombie football player, Zed (Milo Manheim), and cheerleader Addison (Meg Donnelly) who fall in love and try to get zombies and humans to coexist. And, yes, the sequel is also available.

Disney Plus, features, The Sim
Celebrities