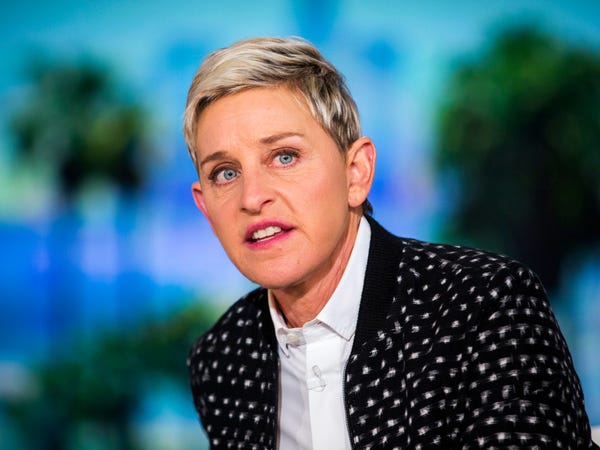 "The Ellen DeGeneres Show" has set a return date for its new season, despite months of speculation about the show's fate and backlash against host DeGeneres.

According to The Wrap, the talk show will return for its 18th season on Monday, September 21.

While it won't feature a live studio audience due to the coronavirus pandemic, Tiffany Haddish will reportedly be the first in-studio guest of the season.

Stephen "tWitch" Boss, the show's newest co-executive producer, will also act as a guest host for some episodes, per The Wrap.

"I can't wait to get back to work and back to our studio," DeGeneres said in a statement Tuesday. "And, yes, we're gonna talk about it."

DeGeneres' statement was seemingly referencing the backlash she (and the show) have faced in recent months.

Former "Ellen Show" employees, including a producer and a DJ, have accused her of acting rudely and creating a toxic working environment. A group of ex-employees also said the show's culture was rife with sexual misconduct.

The Australian radio host Neil Breen recently said he was told not to talk to, look at, or approach DeGeneres when he worked with her in 2013.

And plenty of cringe-worthy past interviews from "The Ellen Show" have resurfaced in recent weeks.

In July, the show's parent company WarnerMedia opened an investigation into the workplace culture on set, and in August, three producers left "The Ellen Show" amid the allegations.

Boss, for his part, said in August that he was looking forward to "experiencing the love" on set when he returns to work on the show.

Andy Lassner, the show's executive producer, recently pushed back on speculation about the show's cancellation, but a report on August 1 said the "Late Late Show" host James Corden could replace DeGeneres.

Despite the growing number of allegations, plenty of stars — such as Ashton Kutcher, Diane Keaton, and DeGeneres' wife, Portia de Rossi — have come to DeGeneres' defense.