Queen Elizabeth II is speaking out about Prince Harry and Meghan Markle‘s decision to step back as “senior” members of the royal family and split their time between the U.K. and North America.

“Today my family had very constructive discussions on the future of my grandson and his family,” Her Majesty said in a statement released Monday. “My family and I are entirely supportive of Harry and Meghan’s desire to create a new life as a young family. Although we would have preferred them to remain full-time working Members of the Royal Family, we respect and understand their wish to live a more independent life as a family while remaining a valued part of my family.”

The Queen then said “Harry and Meghan have made clear that they do not want to be reliant on public funds in their new lives.”

“It has therefore been agreed that there will be a period of transition in which the Sussexes will spend time in Canada and the UK,” she continued. “These are complex matters for my family to resolve, and there is some more work to be done, but I have asked for final decisions to be reached in the coming days.”

The Queen’s announcement came shortly after reports spread she had hosted a meeting with the Royal Households to figure out next steps.

The Daily Mail’s royal correspondent Rebecca English tweeted that “Harry is believed to have arrived at 11:20 a.m.” local time. She also wrote that Prince William, who has been reportedly “staying at nearby Anmer Hall, arrived through a side entrance at 1:45 p.m.” local time.

According to the BBC, the meeting was been dubbed the “Sandringham Summit.” While the news outlet claimed Harry, William, Queen Elizabeth II and Prince Charles were all expected to attend, it also reported that Meghan was “expected to join over the phone from Canada.”

Last week, multiple outlets reported Her Majesty had called upon the Royal Households’ staffs to come up with “workable solutions” for Harry and Meghan within days, not weeks. 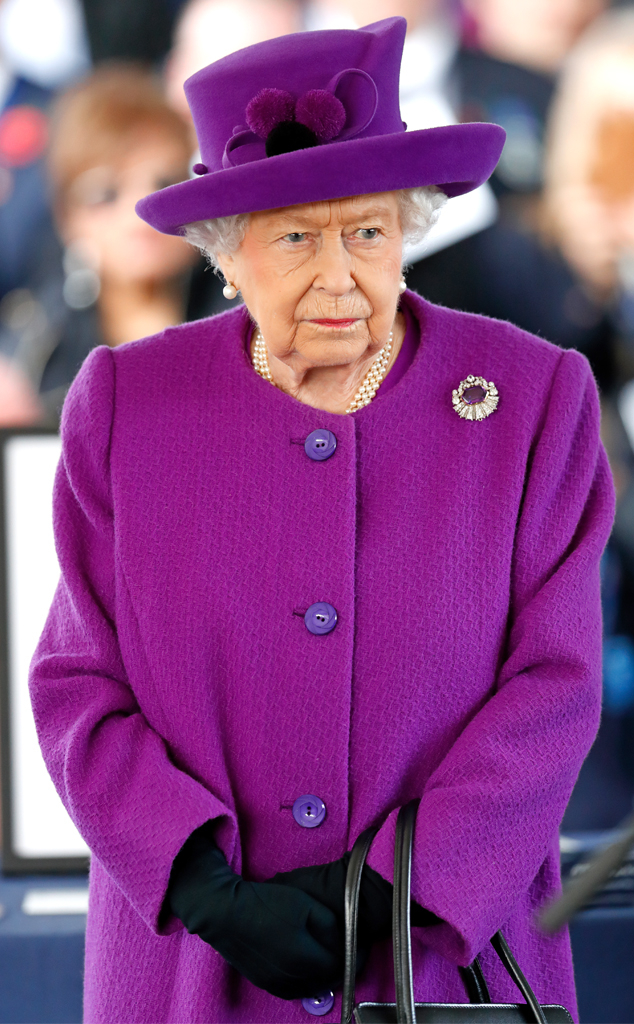 “After many months of reflection and internal discussions, we have chosen to make a transition this year in starting to carve out a progressive new role within this institution,” the couple announced. “We intend to step back as ‘senior’ members of the Royal Family and work to become financially independent, while continuing to fully support Her Majesty The Queen. It is with your encouragement, particularly over the last few years, that we feel prepared to make this adjustment. We now plan to balance our time between the United Kingdom and North America, continuing to honor our duty to The Queen, the Commonwealth, and our patronages.”

The dynamic duo said this “geographic balance” will enable them to raise their 8-month-old son, Archie Harrison, “with an appreciation” for royal tradition while also providing the family of three “with the space to focus on the next chapter,” including the launch of a new charitable initiative.

“We look forward to sharing the full details of this exciting next step in due course, as we continue to collaborate with Her Majesty The Queen, The Prince of Wales, The Duke of Cambridge and all relevant parties,” they concluded. “Until then, please accept our deepest thanks for your continued support.”

Aside from an Instagram post, Harry and Meghan have remained fairly quiet about the news. Although, Harry did release a joint statement with William in which they slammed a report published by The Times. The newspaper alleged the Duke and Duchess of Sussex decided to step back from the royal family due to William’s “bullying attitude.”

“Despite clear denials, a false story ran in a UK newspaper today speculating about the relationship between The Duke of Sussex and The Duke of Cambridge,” the statement read. “For brothers who care so deeply about the issues surrounding mental health, the use of inflammatory language in this way is offensive and potentially harmful.”

Many royal admirers were surprised by Harry and Meghan’s announcement. In fact, the BBC reported no other royal, including The Queen and William, had been consulted before the news. It also claimed Buckingham Palace was “disappointed” by the decision. Others, however, thought there were signs the two were ready for a change.

“Discussions with The Duke and Duchess of Sussex are at an early stage,” Buckingham Palace said in a statement last week. “We understand their desire to take a different approach, but these are complicated issues that will take time to work through.”