The Strange Reason Alec Baldwin Was Kicked Off A Flight 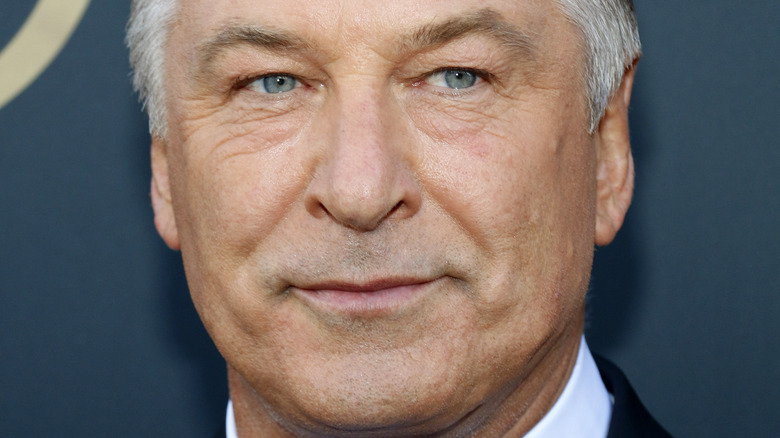 Actor Alec Baldwin first rose to prominence in the 1980s and 1990s through roles in films like “Beetlejuice,” “Working Girl,” “A Streetcar Named Desire,” and “Glengarry Glen Ross.” By the early aughts, Baldwin’s star had dwindled slightly, until he experienced a career resurgence courtesy of the NBC sitcom “30 Rock,” on which he played business executive Jack Donaghy (via Britannica). Baldwin exhibited previously unseen comedy chops on the show, which led his role in “It’s Complicated” and frequent appearances on “Saturday Night Live” as President Donald Trump.

Although Baldwin’s star has risen and sunk and then risen again (and then maybe sunk again), he hasn’t gone long without being in the public eye, or having his name in the news for one reason or another. Like many a celebrity before him, Baldwin is known for having a temper, particularly when it comes to his interactions with the press.

As far back as 1995, Baldwin found himself in hot water after punching a videographer who was allegedly capturing Baldwin’s then-wife Kim Basinger on camera as she returned home with their three-day old daughter, Ireland (via InTouch). Baldwin was acquitted, but it doesn’t appear he learned his lesson; in 2014, Baldwin was arrested when he had an altercation with a police officer who objected to Baldwin riding his bike against traffic. “New York City is a mismanaged carnival of stupidity that is desperate for revenue and anxious to criminalize behavior once thought benign,” Baldwin later tweeted.

He was having words 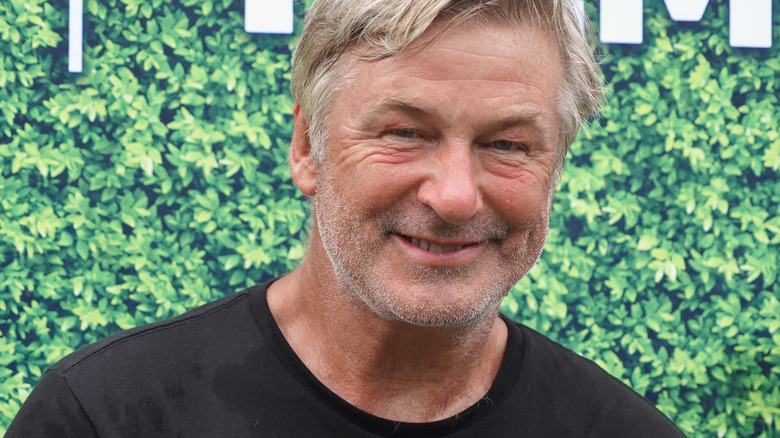 Like anyone else, celebrities are simply human, and Baldwin is no exception. If you thought your addiction to phone games was bad, know that Baldwin’s might be worse. In perhaps the strangest of Baldwin offenses, in 2011, Baldwin was kicked off an American Airlines flight out of Los Angeles for refusing to power down his phone — he didn’t want to stop playing Words With Friends (via Cleveland.com). “Flight attendant on American reamed me out 4 playing WORDS W FRIENDS while we sat at the gate, not moving. #nowonderamericaairisbankrupt,” Baldwin tweeted at the time, which he later deleted.

Witnesses reported that this wasn’t just a technical difficulty, but rather that Baldwin became “violent” and “aggressive” towards the in-flight crew. At the time, Baldwin’s spokesman commented, “He loves ‘Words with Friends’ so much that he was willing to leave a plane for it.”

In perhaps the best PR move of all time, eight years later, Baldwin would become a brand ambassador for Words With Friends (via Polygon). Upon the announcement, Baldwin shared, “I have been playing Words With Friends for nearly a decade, on soundstages, in greenrooms, and on airplanes. It’s great to play a game that engages your intellect and your social side simultaneously — that’s why I spelled ‘Y-E-S’ when Zynga asked me to get involved.”