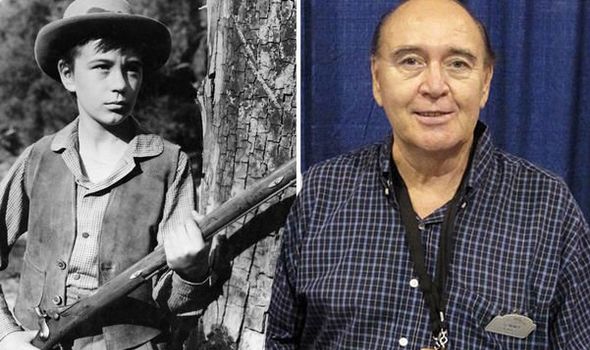 According to TMZ, Tommy Kirk was found dead at his home by a neighbour. No foul play is suspected by police. The actor was best known for his roles as a child actor in Disney films; Old Yeller, The Shaggy Dog and Swiss Family Robinson.

Tommy’s career is said to have dried up when he came out as gay aged 21.

According to TMZ, hr once said: “When I was about 17 or 18 years old, I finally admitted to myself that I wasn’t going to change.

“I didn’t know what the consequences would be, but I had the definite feeling that it was going to wreck my Disney career and maybe my whole acting career. It was all going to come to an end.”

He added: “Eventually, I became involved with somebody and I was fired.”

Tributes have flooded in for the late actor on social media.

Actor Paul Peterson paid an emotional tribute to the late actor on Facebook.

He wrote: “My friend of many decades, Tommy Kirk, was found dead last night. You will surely recall his string of Disney movies: “Shaggy Dog. Ol’ Yeller,” etc.

“Tommy was intensely private. He lived alone in Las Vegas, close to his friend … and “Ol’ Yeller co-star, Bev Washburn and it was she who called me this morning.

“Tommy was gay and estranged from what remains of his blood-family. We in A Minor Consideration are Tommy’s family. Without apology. We will take care of this.

“Please know that Tommy Kirk loved you, his fans.”

“You lifted him up when an industry let him down in 1965. He was not bitter. His church comforted him. May God have mercy on his soul. – Paul Peterson.”

Disney also paid tribute on Twitter, writing: “We are saddened by the passing of Tommy Kirk, the beloved and iconic star of such Disney family favorites from the 1950s and 1960s as Old Yeller, The Shaggy Dog, Swiss Family Robinson, and The Misadventures of Merlin Jones.”