Toyah Willcox, 62, sent her fans into a frenzy when she took to social media last weekend. The braless singer and actress put on a racy display in a see-through top, as she performed one of Britney Spears’ biggest hits from the 2000s.

The English performer could be seen in a sheer black top which was embellished with sequins, as she danced around her kitchen.

She covered her modesty with black tape across her nipples.

Toyah, who rose to fame in the 1980s, wore a black bowler hat and carried what appeared to be a truncheon.

She added black eyeliner to one eye in the shape of a star and completed her bold look with a slick of red lipstick. 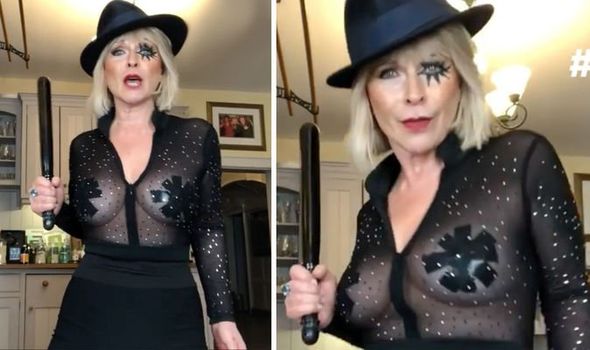 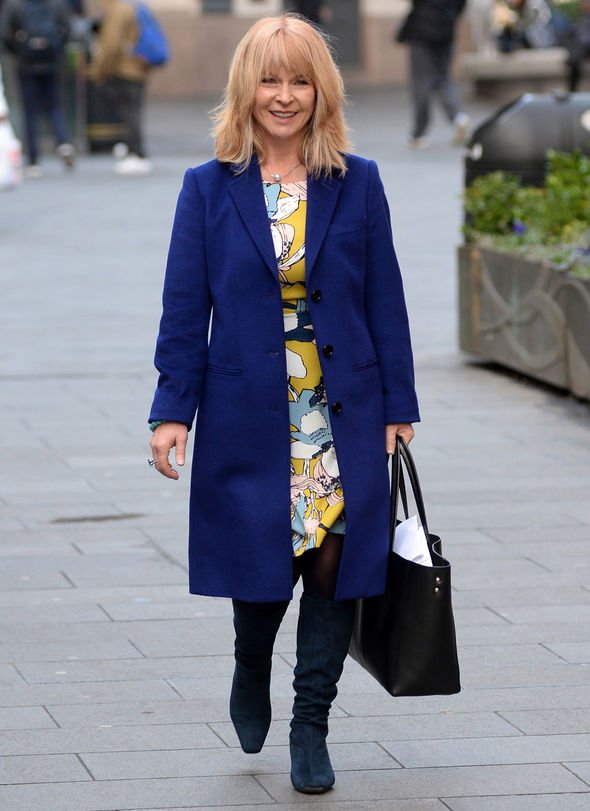 The couple, who tied the knot in 1987, released the footage as part of their weekly series.

She went on to add: “#Toyah & Robert hit it (baby) one more time with their Sunday Lunch outing which this weekend is a love letter to Britney Spears. 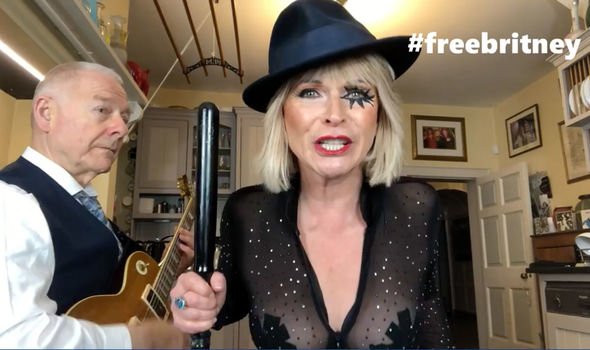 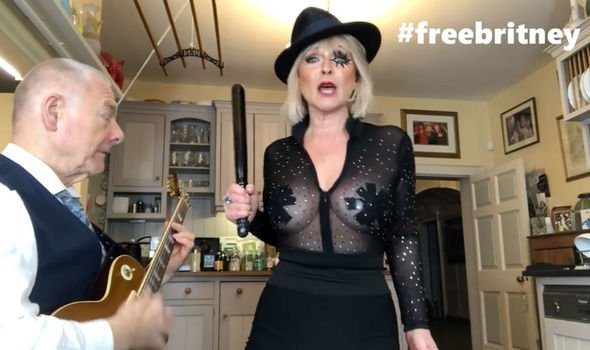 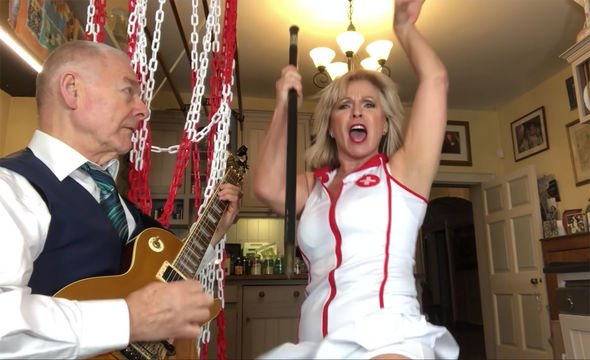 “There’s also bonus footage so keep watching right until the end! #FreeBritney #ToyahWillcox #RobertFripp #BritneySpears #Toxic,” she added in view of her 15,600 followers.

“Both brilliant as ever. What a lovely couple,” one follower wrote online.

“That was brilliant… Loved the outtake! Toyah you look incredible!” another added.

DON’T MISS…
Sheila Hancock to give fortune to charity – not her three daughters [INSIGHT]
Louise Minchin feared for husband after ‘leaving him on mountain’ [UPDATE]
Tom Jones on starting again after beloved wife’s death: ‘I had to’ [INSIGHT]

Drawing attention to her risqué outfit, another said: “Let’s talk about that top Toyah”.

While another added: “Just WOW!!”

The couple have previously performed tracks by Alice Cooper, Billy Idol and Metallica.

To perform Enter the Sandman, she went braless once again under a white top.

She sang the hit while riding on an exercise bike.