Vanity Fair’s 2020 Hollywood Issue is a mess & the editorial is very, very bad 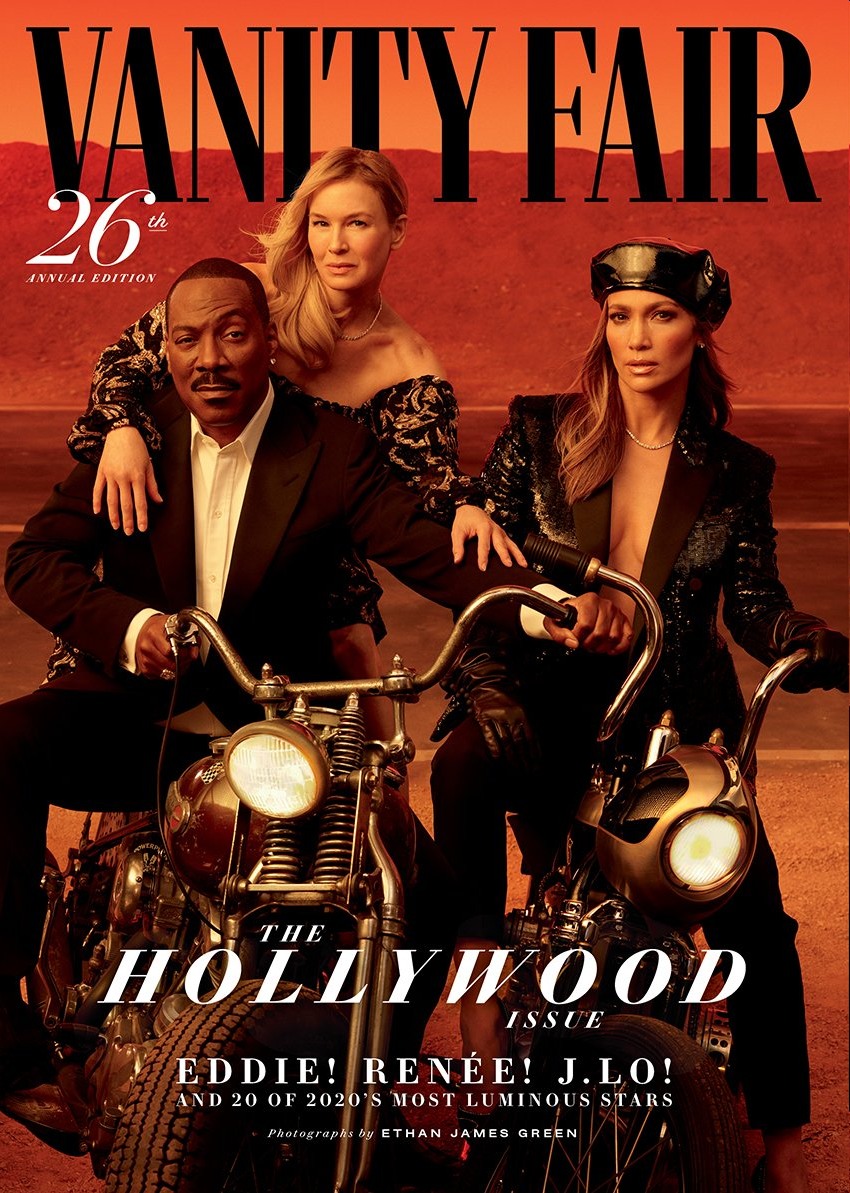 Oof, this is a tough one. Vanity Fair released the cover & cover shoot for their annual Hollywood Issue, which is the February issue this year (it used to be the March issue). VF usually chooses three or four celebrities – who arguably had the biggest year – for the main cover, and then the pull-out cover features six to nine additional hot actors or actresses. This year’s VF main cover subjects are: Jennifer Lopez, who just got snubbed from even receiving a NOMINATION from the Academy; Eddie Murphy, who was also snubbed (but it’s less surprising) and Renee Zellweger, who has been winning a lot of stuff for Judy and sounding drunk as hell the entire time.

Beyond the weird choice of cover subjects, there’s the fact that… this is just a bad cover photo! Jennifer looks like “WTF,” Eddie looks like “if you say so?” and Renee halfway on top of Eddie while smirking… well, that’s just an odd choice. You can see Vanity Fair’s full Hollywood Issue cover package here. The shoot is just BAD. The other people featured: Awkwafina (who also got snubbed for a nomination), Antonio Banderas, Taika Waititi, Laura Dern, Beanie Feldstein and more. It’s just… awful. I never thought I would say this, but damn, I miss Graydon Carter.

V.F. asked the year’s most extraordinary actors—some legends, some embarking on their first major roles—to make a road movie. (Spoiler: they nailed it.) Welcome to the 26th annual Vanity Fair Hollywood issue. See the full portfolio at the link in bio. #VFHollywood [2/2] Photographed by @ethanjamesgreen Styled by @samiranasr Set design by @frau.juliawagner

V.F. asked the year’s most extraordinary actors—some legends, some embarking on their first major roles—to make a road movie. (Spoiler: they nailed it.) Welcome to the 26th annual Vanity Fair Hollywood issue. See the full portfolio at the link in bio. #VFHollywood [2/2] Photographed by @ethanjamesgreen Styled by @samiranasr Set design by @frau.juliawagner