“I had a general sense that fencers are really well protected and don’t often suffer injuries as described in that story,” Erik Wemple tells TheWrap 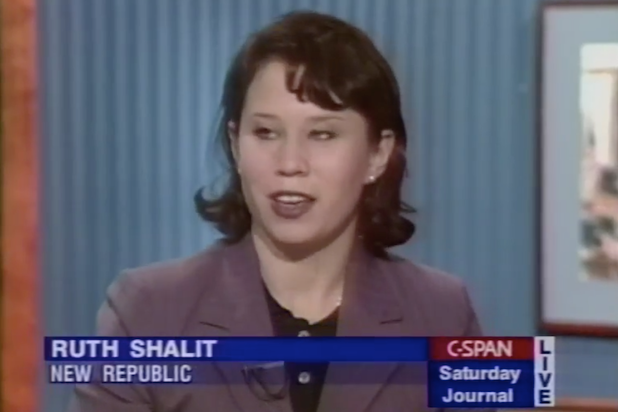 Erik Wemple, the Washington Post media critic who first questioned the accuracy of Ruth Shalit Barrett’s now-discredited story in The Atlantic, said he first grew suspicious when he read about a well-heeled 12-year-old girl’s “fencing injuries.”

As a result of Wemple’s suspicions and his subsequent investigation into Barrett’s whole story, “The Mad, Mad World of Niche Sports Among Ivy League-Obsessed Parents,” The Atlantic on Friday added a lengthy editor’s note and apologized for a series of fabrications and errors in the piece. In addition, the publication said it regretted hiring Barrett, who had been dismissed from The New Republic in 1999 after instances of “plagiarism and inaccurate reporting.”

After Wemple alerted The Atlantic about his concerns, the publication’s fact-checking department discovered that the son of the central subject, a wealthy Connecticut mother identified as “Sloane,” had been fabricated.

“I wasn’t fixated initially on the son, frankly, but rather on the fencing injuries,” Wemple told TheWrap in an email Saturday. “I had a general sense that fencers are really well protected and don’t often suffer injuries as described in that story, and once I started looking around, that appeared to be a fruitful line of inquiry.”

According to The Atlantic’s editor’s note, its fact-checking department followed up with Sloane, who said through her attorney “that she does not, in fact, have a son” and said Barrett had “encouraged” Sloane to “deceive The Atlantic as a way to protect her anonymity.”

The Atlantic said it has “independently corroborated that Sloane does not have a son” and corrected the Oct. 17 story, and also requested an explanation from Barrett regarding Sloane’s accusation.

“When we asked Barrett about these allegations, she initially denied them, saying that Sloane had told her she had a son, and that she had believed Sloane,” The Atlantic said. “The next day, when we questioned her again, she admitted that she was ‘complicit’ in ‘compounding the deception’ and that ‘it would not be fair to Sloane’ to blame her alone for deceiving The Atlantic. Barrett denies that the invention of a son was her idea, and denies advising Sloane to mislead The Atlantic’s fact-checkers, but told us that ‘on some level I did know that it was BS’ and ‘I do take responsibility.’”

The Atlantic says its “fact-checking department is continuing to thoroughly recheck the article” and has “already corrected and clarified other details in the story,” including changes to the description of the fencing injuries that Wemple had questioned, a correction to the name of a family’s hometown and a correction to the claim that Fairfield County houses several Olympic-size backyard hockey rinks.

The publication also updated Barrett’s byline to identify her by her maiden name, Shalit, after originally referring to her as Ruth S. Barrett.

“When writing recently for other magazines, Barrett was identified by her full name, Ruth Shalit Barrett. (Barrett is her married name.) In 1999, when she was known by Ruth Shalit, she left The New Republic, where she was an associate editor, after plagiarism and inaccurate reporting were discovered in her work,” The Atlantic’s editor’s note reads. “We typically defer to authors on how their byline appears–some authors use middle initials, for example, or shorter versions of their given name. We referred to Barrett as Ruth S. Barrett at her request, but in the interest of transparency, we should have included the name that she used as her byline in the 1990s, when the plagiarism incidents occurred. We have changed the byline on this article to Ruth Shalit Barrett.”

The Atlantic continued: “We decided to assign Barrett this freelance story in part because more than two decades separated her from her journalistic malpractice at The New Republic and because in recent years her work has appeared in reputable magazines. We took into consideration the argument that Barrett deserved a second chance to write feature stories such as this one. We were wrong to make this assignment, however. It reflects poor judgment on our part, and we regret our decision.”

In an opinion piece Saturday, Wemple said, “News organizations too rarely exhibit this sort of self-criticism, even when their missteps are plain to see. The magazine has followed a colossal lapse in judgment with an admirable exercise in accountability.” He added, “an instance of plagiarism should not necessarily be a professional death sentence” but notes “that’s not this situation.”

“The extent of Barrett’s previous misconduct combined with the subject matter of the piece, which relied on anonymous sources who could well be her neighbors, made the decision to grant her another chance particularly foolhardy.”

Wemple suggests that publications may be more reluctant to give a second chance to other journalists with backgrounds like Barrett’s. “The episode suggests that there’s a reason some journalists rack up notorious records as serial plagiarists and fabricators. It’s not because of youthful indiscretion or the perils of cut-and-paste. It’s often because that’s who they are.”