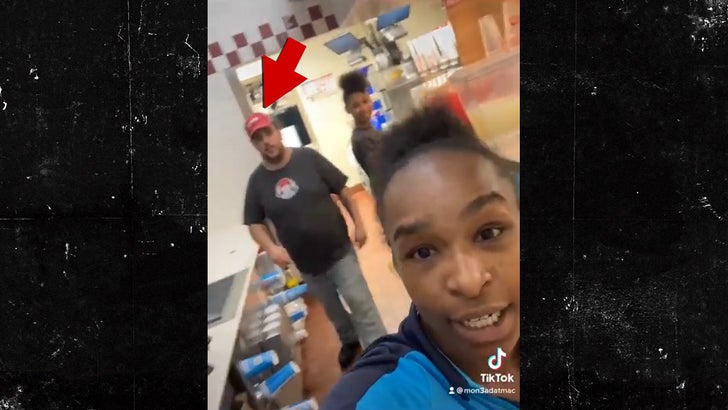 The assistant manager caught on camera calling a Wendy’s staffer a “bitch” is now out of a job … TMZ’s learned he got the ax.

So, here’s the deal … Sophia Cargill, who says she’s a general manager in training, recorded an assistant manager named Michael going on a tirade — calling her a bitch and “f***ing lazy” — after the fast-food joint in Kalamazoo, Michigan had closed for the day.

She shared the video on Tiktok, which was then re-posted by D.L. Hughley … generating nearly 1 million views. In the video, you can see Michael shout the word before Sophia tells him she got him on video, and that it would be the end of the road for him. He defiantly fired back, “No it’s not.”

Michael also told Sophia he had the right to disrespect her, and yelled she doesn’t have permission to record him. Sophia claims Michael had been screaming at her for 5 minutes straight after going on a “power trip.”

The incident unfolded nearly 2 weeks ago. Sophia says in a separate TikTok she got suspended without pay, but Michael did not get suspended. A spokesperson for the burger joint tells TMZ … Michael has now been fired and Sophia was reinstated with back pay.

The spokesperson added, “We have no tolerance for harassment in the workplace. Upon learning of this situation, we acted immediately following our protocols and suspended those involved to run a thorough investigation.”

Back pay or no back pay … seems Sophia’s on the verge of calling it quits. She launched a GoFundMe because she says she might not return to Wendy’s, and will use the money to support her while she looks for another job.