As Kamala Harris joins the Democratic presidential ticket as Joe Biden’s running mate, there is renewed interest surrounding her political record and personal life. In particular, curiosity abounds in regard to Douglas Emhoff, her husband, who could become the first Second Gentleman if the Biden-Harris campaign is elected to the White House this coming November.

Emhoff was eager to show his excitement following Biden’s announcement. He tweeted “America, let’s do this!” with a photo of Biden and Harris smiling at each other.

He also shared a warm exchange to Dr. Jill Biden, who could be our next first lady. “Ready to work! Let’s go @DrBiden!” he wrote.

Below, we’ve rounded up some facts about Emhoff and his relationship to Harris.

Emhoff is a partner at the DLA Piper law firm, where he “represents large domestic and international corporations and some of today’s highest profile individuals and influencers in complex business, real estate and intellectual property litigation disputes,” according to his biography on the firm’s website.

His previous experience in the courtroom includes defending “a group of production companies in an insurance coverage dispute over a highly publicized aviation accident on a recent major motion picture” and representing “more than 50 commercial producers in an entertainment industry-wide wage and hour class-action lawsuit and various subsequent individual litigation matters.”

They met on a blind date.

According to The Hollywood Reporter, the couple first met after PR consultant Chrisette Hudlin set Harris and Emhoff up on a blind date. Just a year later, the two were married. 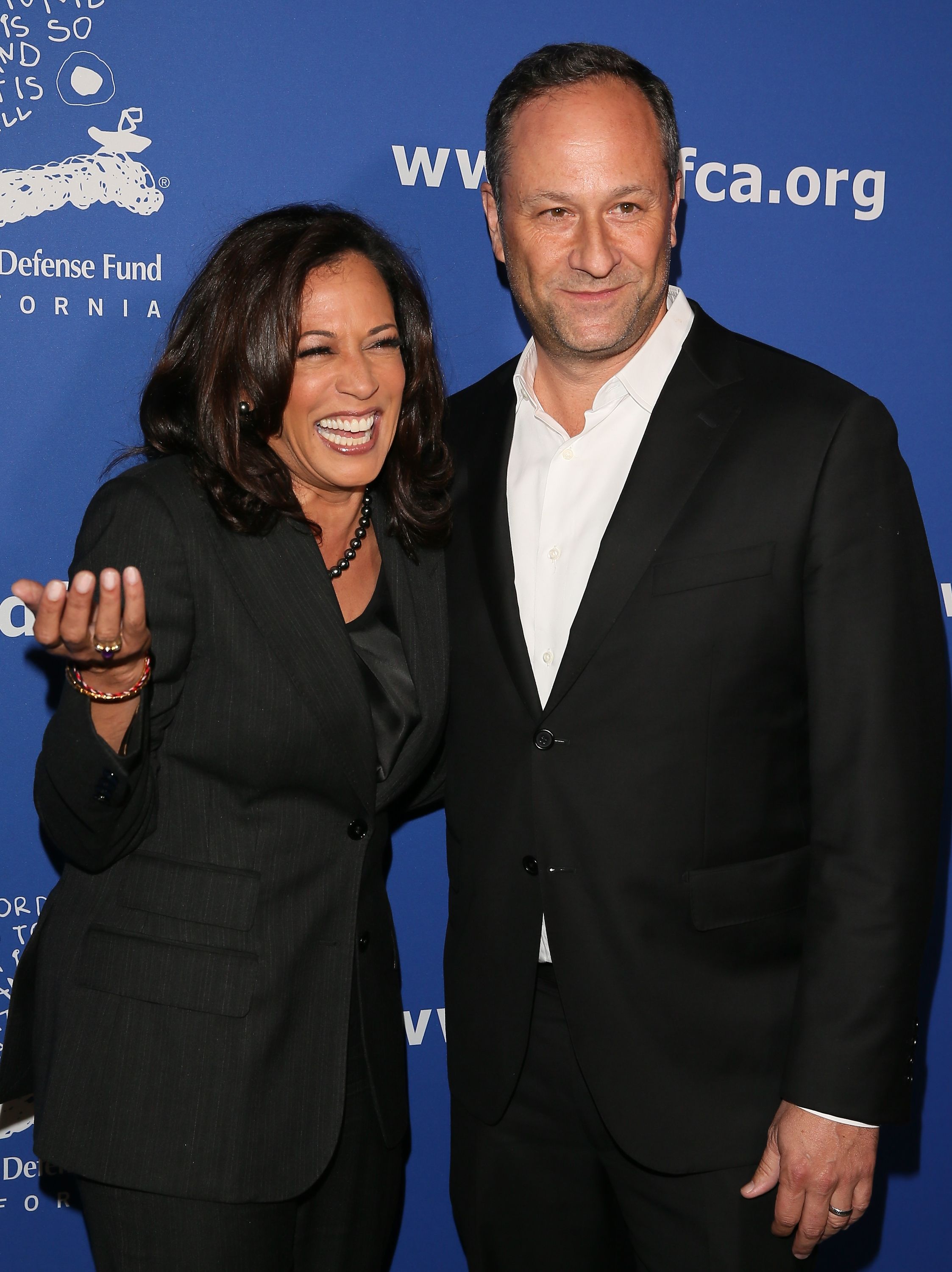 They married at the Santa Barbara courthouse.

The ceremony was small and intimate. SF Gate reported all the notable details: They honored each other’s heritage (he by wearing a flower garland, she by breaking a glass), Harris’s niece read Maya Angelou’s Touched by an Angel, Harris wore a golden dress by a California designer, and their first dance was set to Corinne Bailey Rae’s “Like a Star.”

He has two children from a previous marriage.

His son and daughter, Cole and Ella Emhoff, call Harris “Momala,” according to a 2019 essay she wrote for ELLE.

He supported Harris’s bid for presidency.

From taking selfies with her broadcast appearances on television to sporting her campaign swag, Emhoff’s enthusiasm for her 2020 run never seemed to dwindle.

He generally likes posting about her.

This is probably unsurprising coming from someone whose Twitter bio includes literally “@kamalaharris hubby,” but the man really loves posting about his wife. See below for evidence.

Douglas, Emhoff, Is, Kamala, who
Celebrities