What was Ben Affleck and Jennifer Lopez’s first kiss like? The recently revived couple met approximately two decades ago and made their rekindled celebrity relationship public with a social media smooch. Here’s what the actors shared about that first kiss back when they were engaged.

Ben Affleck and Jennifer Lopez got back together after years apart 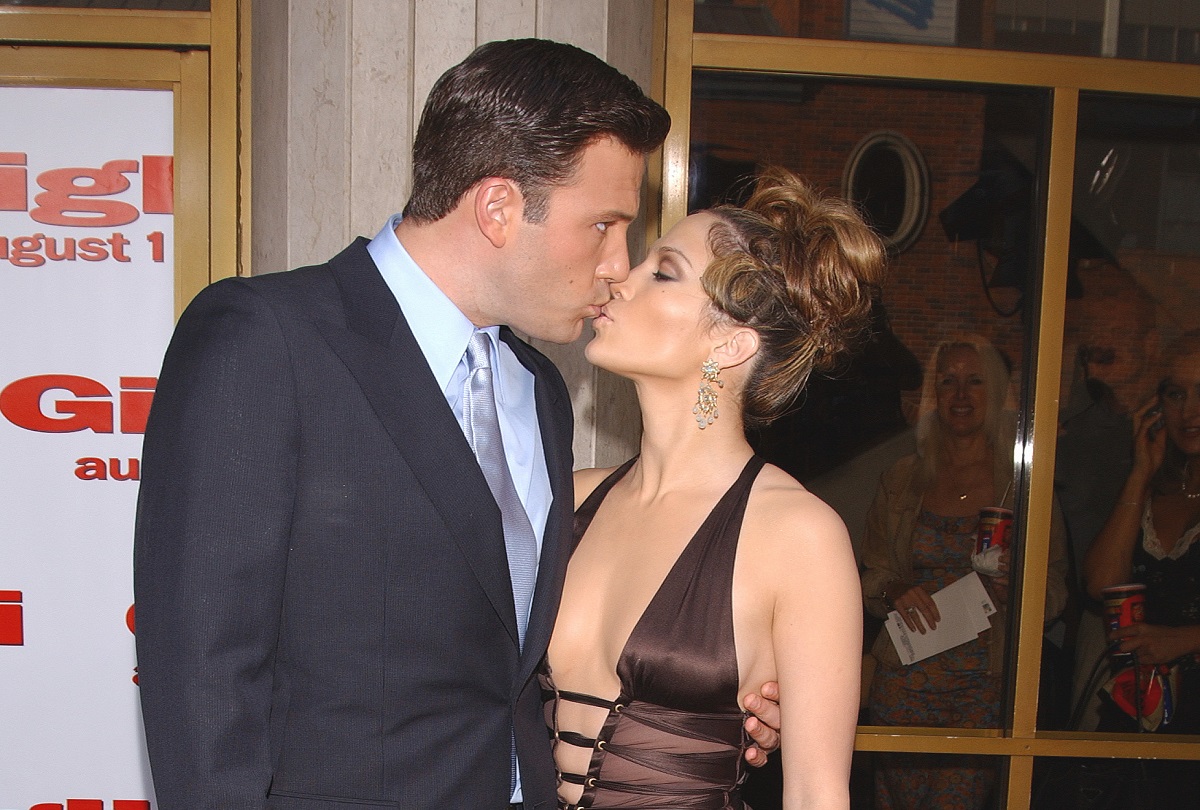 Affleck and Lopez’s relationship began in 2002. The two rising stars soon became known as Bennifer and faced early ’00s tabloid culture and all that came with it. They attended movie premieres together, were featured on the cover of nearly every magazine, and generally had to work to avoid the paparazzi.

After splitting in early 2004, Affleck and Lopez continued on in their separate careers. Their love lives remained a subject of public interest, and both married and had multiple children. They also both got divorced. Approximately 15 years after their split, the pair reunited, confirming their relationship in July 2021.

Like many actors, Affleck and Lopez’s story begins with a movie set. They met while starring opposite one another in the 2003 crime film Gigli. As they played love interests, they later confirmed what many suspected: their first kiss was while they were in character.

In an interview with Access Hollywood ahead of the premiere, Affleck acknowledged their real-life relationship “will probably be part of the attraction” in seeing the film. “But I hope that once you get in there and you sit down, and you start watching the movie, that [they realize] we’re playing two people very different from ourselves,” he added.

“[We] spent a lot of time being in character on set,” Affleck continued. “Even when we were doing a love scene or whatever it was really [about] trying to make the scene good.” Lopez added that love scenes “are challenging” as it involves figuring out their characters’ motivations. “That’s always the hardest thing about doing those scenes,” she finished.

A ‘challenging’ scene from the movie involved Lopez talking about sex

Speaking of challenging scenes between the two, Affleck and Lopez discussed one in which her character does yoga. In it, Affleck’s Gigli argues men are more desirable, while Lopez disagrees. She speaks sensually about a woman’s body and uses a little bit of somewhat “racy language.”

Lopez says she “wanted to die” when she watched the scene back. But Affleck praised her for it. “She really went for it,” he said. “That is a really risky thing to do and a really brave thing to do as an actress. Go out there and play that scene and be honest. But she killed it. She did a great job, and I think that’s what makes the impression.”

“In a movie, it’s not unusual for people to use racy language or talk about sex or even have sex,” Affleck continued. “The reason why that scene stands out — it shouldn’t be such a racy crazy scene, but it just is imbued with a kind of commitment that makes it a really sexy scene that I think Jennifer really deserves credit for.”