Jada, Gammy and Willow explore alternatives to conventional marriage as they meet a “throuple” – 2 women and a man in a three-way romantic relationship. Plus, Jada and Willow embarrass Gammy by revealing their thoughts about multiple partner scenarios.

Getting candid. Willow Smith opened up about her thoughts on polyamorous relationships while addressing her own sexuality.

Smith, 18, spoke about the matter during the latest episode of mom Jada Pinkett Smith’s Facebook Watch series, Red Table Talk, on Monday, June 24. During the episode, she joined her mother and grandmother Adrienne Banfield-Norris as they spoke with a trio who are currently engaging in a polyamorous relationship together — also referred to as a “throuple.” 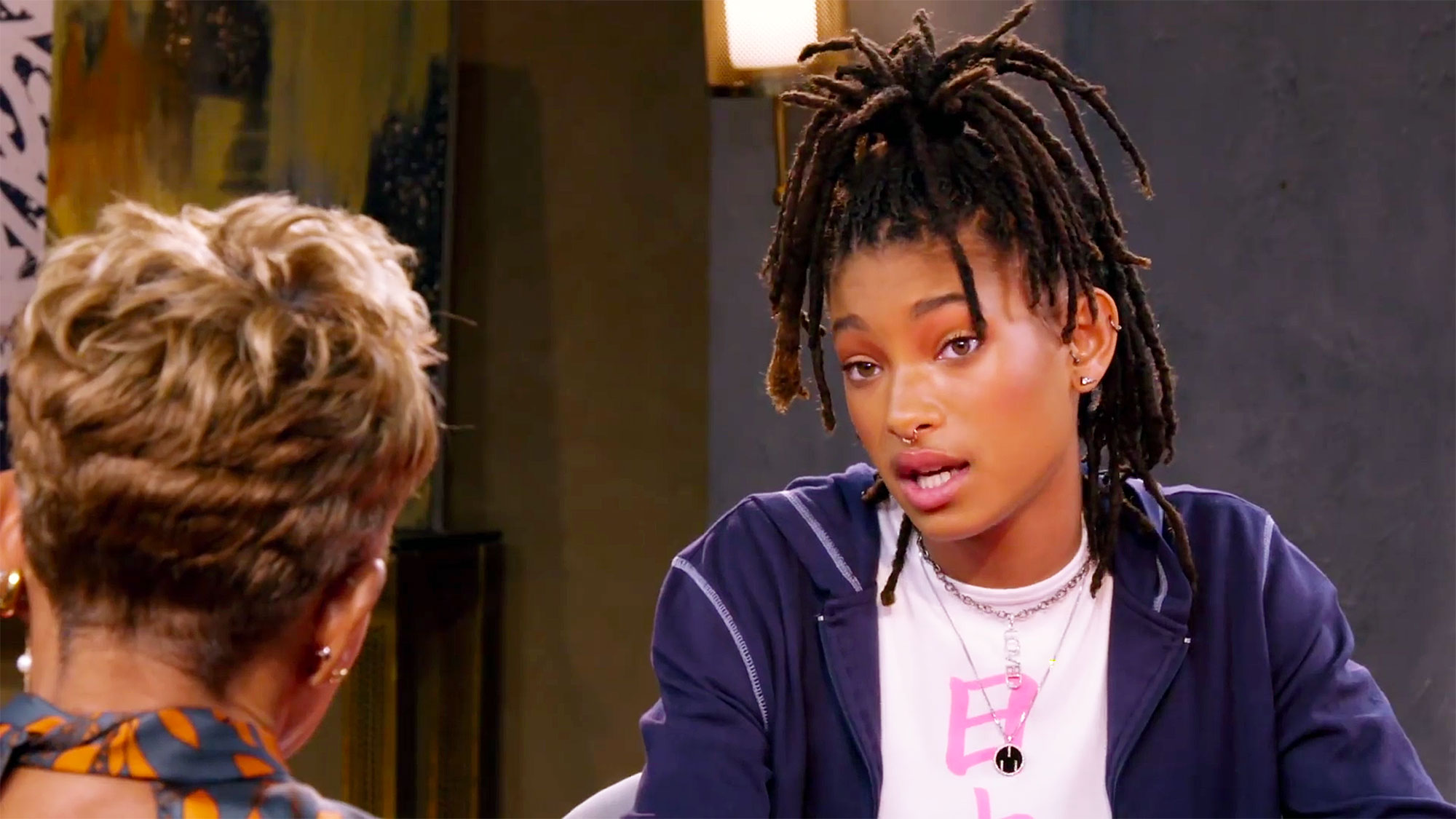 The Girls Trip star, 47, began by noting how her daughter has been “so interested in polyamory.” She also shared that Willow has “been reading and listening to podcasts about the subject.”

“Monogamy, I feel — this is just personally, just for me — I feel actually inhibits you from learning those skills of evolving past those feelings of insecurity,” Willow said. “Just jealousy, you know what I mean?”

Jada interrupted her child, seeking clarification on Willow’s point by asking whether monogamy was “too constricting” for her, to which she replied: “Yeah, exactly.” The “Whip My Hair” singer then argued that polyamory is designed to allow people to “create the kind of relationship that you want for your life.”

At one point in the episode, she shared her interest in pursuing relationships with men and women, saying she loves both sexes “equally.”

“I would definitely want one man, one woman,” she explained. “I feel like I could be polyfidelitous with those two people. I’m not the kind of person that is constantly looking for new sexual experiences. I focus a lot on the emotional connection and I feel like if I were to find two people of the different genders that I really connected with and we had a romantic and sexual connection, I don’t feel like I would feel the need to try to go find more.”

Willow also noted to her mother and grandmother that she cannot see herself dating more than two people at once, saying: “Personally, male and female — that’s all I need.”