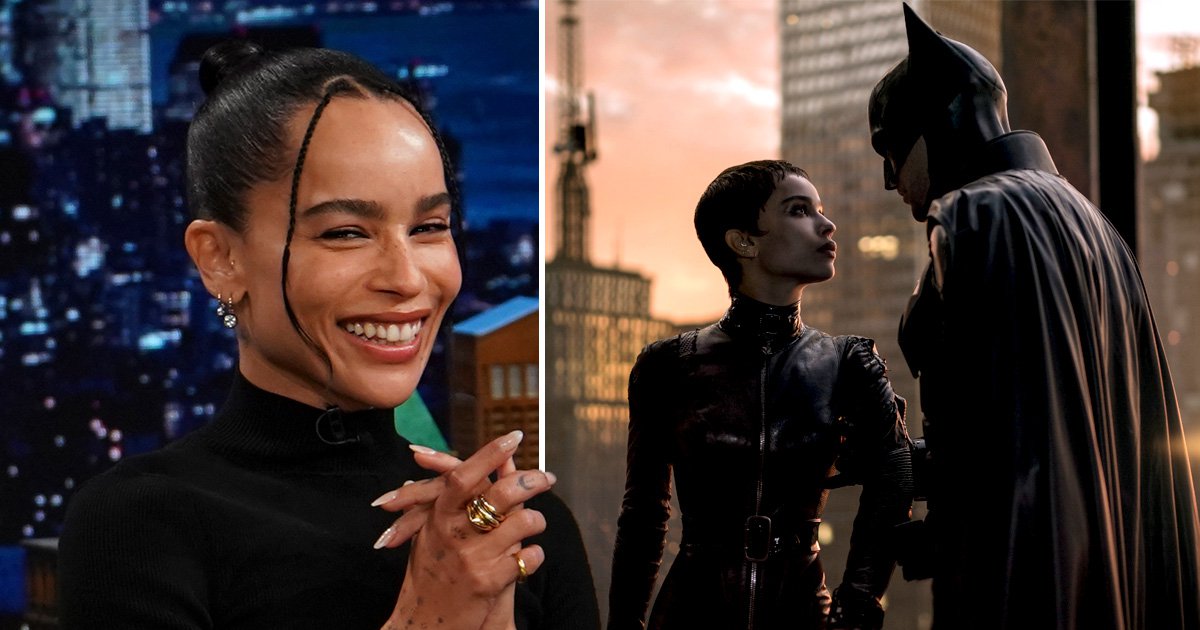 Zoe Kravitz has admitted to ‘drinking milk from a bowl’ so she could fully immerse herself into new her role as Catwoman.

The actress, who stars as the iconic superhero in The Batman, used the unusual process to help her develop and relate to the feline character as much as possible.

During an appearance on Tonight Show With Jimmy Fallon on Wednesday, the 33-year-old described her ‘method acting’ technique.

While joking about ways he would have prepared for the role of Catwoman, host Jimmy Fallon claimed he would ‘study cats’ and ‘drink milk out of a bowl.’

Zoe confessed ‘I did that,’ to which Jimmy quipped, ‘You did not!’

The actress then insisted: ‘I did.’

Stunned, Jimmy replied: ‘You drank milk out of a bowl?’

Method acting is described by film site Studiobinder as a technique in which an actor aspires to encourage sincere and emotionally expressive performances by fully inhabiting the role of the character.

Zoe, who is the daughter of rocker Lenny Kravitz and actress Lisa Bonet, continued: ‘I watched a bunch of cat videos, feline videos, watching them fight.

‘And what I was so interested in was the fact that you can’t read their faces at all, which is why I think people are kind of creeped out by them.’

‘You can’t tell what they’re going to do,’

The pair then proceeded to discuss how temperamental cats are.

‘They go, “Oh my gosh Kitty loves me”,’ Jimmy said, describing how humans react to cats, to which Zoe replied: ‘Then all of a sudden Kitty scratches your face out. They don’t care.’

The star, who recently confirmed her on-screen alter-ego is bisexual, said she was encouraged by producers to make a connection with what would be her character Selina’s cats in the movie.

‘They [the production staff on The Batman] tried to get me to know the cats that were Selina’s cats… And it was just putting me in a room with a bunch of cats… but the cats didn’t care. I was just sitting here, and the cats would just walk away; it did nothing.

‘They were the hardest thing to control during the shooting.

The actress stars alongside Robert Pattinson who plays the titular character.

The Batman is out in cinemas on Friday, March 4.