A 2-Minute Gap and Then a Return ‘I Love You’

Alexandra Ossa and Alexander Wong went on their first trip as a couple in January 2017 on a drive to the mountains of Asheville, N.C.

At some point on that trip, the love connection between Ms. Ossa, 31, and Mr. Wong, 35, temporarily short-circuited.

“I threw out the L word and didn’t get one back,” said Ms. Ossa, a vice president and diversity and inclusion client manager for Bank of America in New York. “Instead what I got was this look of awkwardness and the sound of silence,” she said. “He was just standing there, thinking of something else to say.”

“First of all, I’m a bit shy,” said Mr. Wong, a senior manager of finance and strategy at Boxed, a wholesaler of groceries, household products and health supplies. “Also, when she said it, it came to me as a bit of a surprise, and it took me a few minutes to process it all.”

That was the last time Ms. Ossa, who graduated from Yale, ever doubted Mr. Wong’s love for her. “The whole love thing aside, Alex gave himself fully to the relationship,” she said. “He was committed to me. He wasn’t playing games, and I truly felt that he was interested in me.

“I found his attitude to be really mature, and really attractive,” she added.

Mr. Wong, who graduated from Boston University, was feeling much the same. “I’ve always thought we just balance each other out really well,” he said. “I’m a very action-oriented person and she’s a very thoughtful person.”

They met in July 2016 on the third day of orientation at Duke’s Fuqua School of Business, where a mixer was held for first-year business students. (Ms. Ossa and Mr. Wong each received an M.B.A. there.) 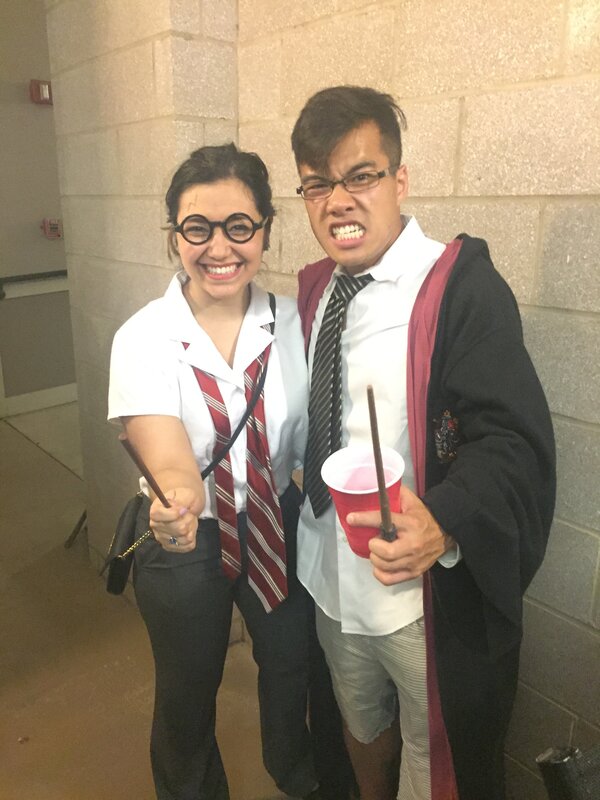 The mixer was enlivened by a themed “nerd party.” Ms. Ossa dressed up as Harry Potter at the pre-party, which was held in her apartment building on campus.

As she scanned the partygoers for a classmate, she noticed someone with his back to her, also in Harry Potter attire, wearing what were unmistakably Gryffindor robes.

Excited and curious, she made a beeline to the stranger, stepped into the circle of costumed classmates around him, and said, “I’m so sorry to interrupt, but you’re Harry Potter and I’m Harry Potter, so we have to meet.”

Nine months into their relationship, the couple went on a two-week excursion across 10 cities in India, finishing in Dubai.

“Throughout our journey, we’ve continued to set our sights on new lands to explore together,” Ms. Ossa said, “along the way facing both obstacles and opportunities, hand-in-hand.”

The couple have since been to Iceland, Ireland, Scotland, Peru, Hong Kong, Thailand and Cambodia.

They were engaged in Argentina in August 2019.

“When you travel as much as we have, there’s always a lot of downtime at airports,” Ms. Ossa said. “But never, ever, did it feel boring with Alex by my side.”

Along the way, they became best friends. “One thing I liked about Alex was how much he got along with everyone,” Ms. Ossa said. “His selfless nature came through right away.”

And there was more than enough that he liked about her to fill those long hours on the road. “We had many similar interests,” Mr. Wong said. “And we could make conversation anywhere about anything. And besides,” he said laughing, “she had a very sexy smile that I enjoyed looking at.”

They were married April 24 at the Rooftop at Pier 17 at the South Street Seaport in Manhattan before 10 guests by Kyle T. Chea, who became a Universal Life minister for the event.

The bride and groom intended to get married at the Museum of the City of New York with 150 guests, but the coronavirus changed those plans.

“We’re both easygoing people, so there really wasn’t too much frustration there,” said the groom. “After a tough year, it was beautiful for us to celebrate with family.”