ROYAL fans have claimed Kate Middleton was caught on camera appearing to roll her eyes when asked about Meghan Markle and Prince Harry.

The Duchess of Cambridge, 39, was spending time with pupils at Nower Hill High School in the London Borough of Harrow when the awkward moment seemingly occurred. 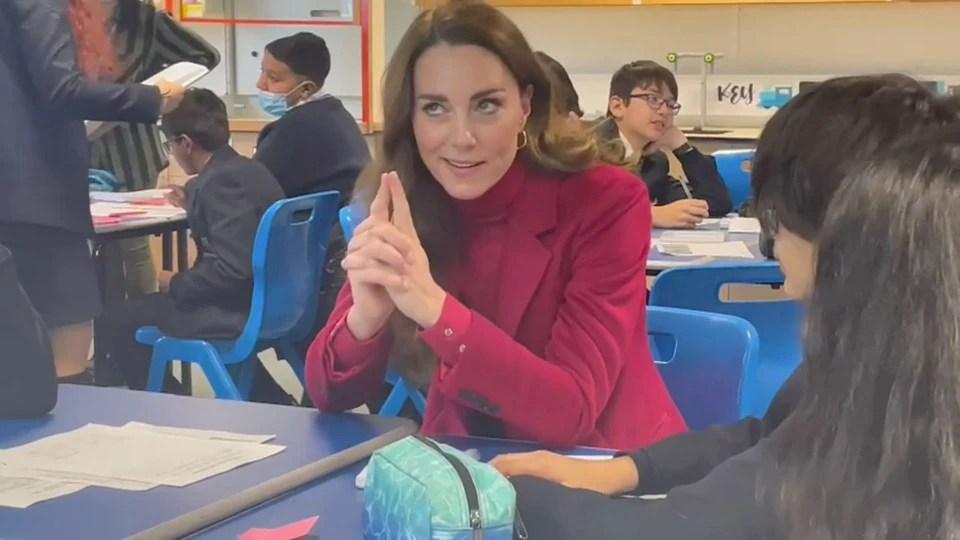 The camera is focused on Kate interacting with the schoolkids, when one child appears to mention the Duke and Duchess of Sussex.

Kate seems to let her guard down for a fleeting moment, giving a subtle eye roll and asking: “What else?”

The clip was posted on Instagram with the caption: “Look how distressed Kate became when the children mentioned Meghan and Harry.”

The child’s full question isn’t audible so it is possible Kate was reacting to something entirely different, but people were quick to comment.

However many defended Kate, with one saying: “She didn’t roll her eyes. She looked up at someone that was standing across from her.”

Another added: “She just looked up to think of what to say to avoid the subject. The royal family doesn’t gossip about each other in public.”

Meghan & Harry could SPLIT in 2022 to maximise their brand, 'expert' claims

A third commented: “That comment could have been in response to something entirely different. I don’t think Kate would roll her eyes at a child.”

School teacher Louise Voden told People how Kate was an “absolute natural” with the teens and “made them feel at ease” during the visit in November.

Kate met students during a science lesson about the importance of early childhood development.

We shared how the Duchess looked radiant in a green dress as she and Prince William met guests at the Royal Variety Performance.

Meanwhile, Kate and Prince William banned the BBC from screening their Christmas carol concert amid fury over a royal documentary. 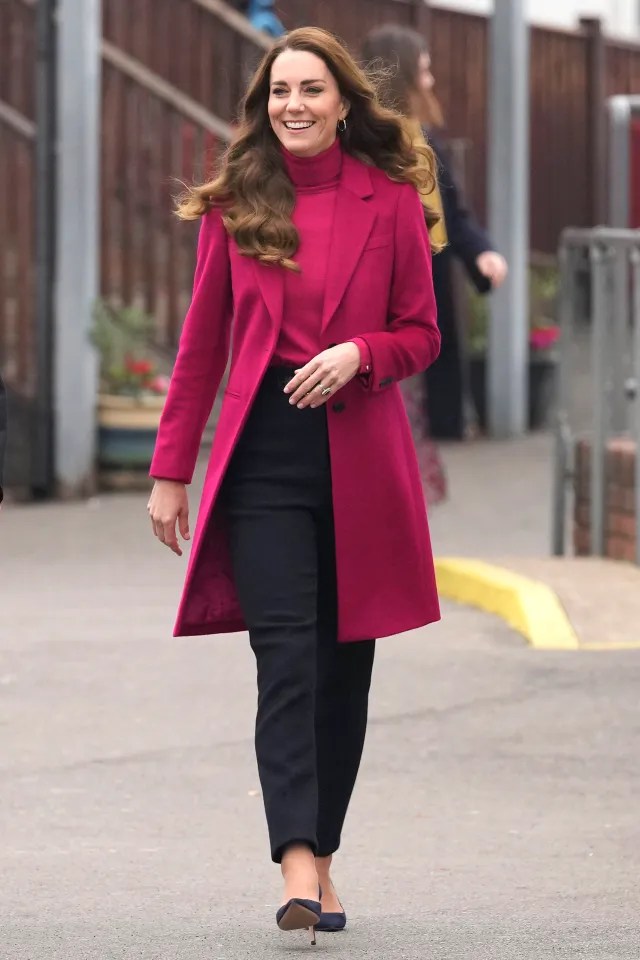