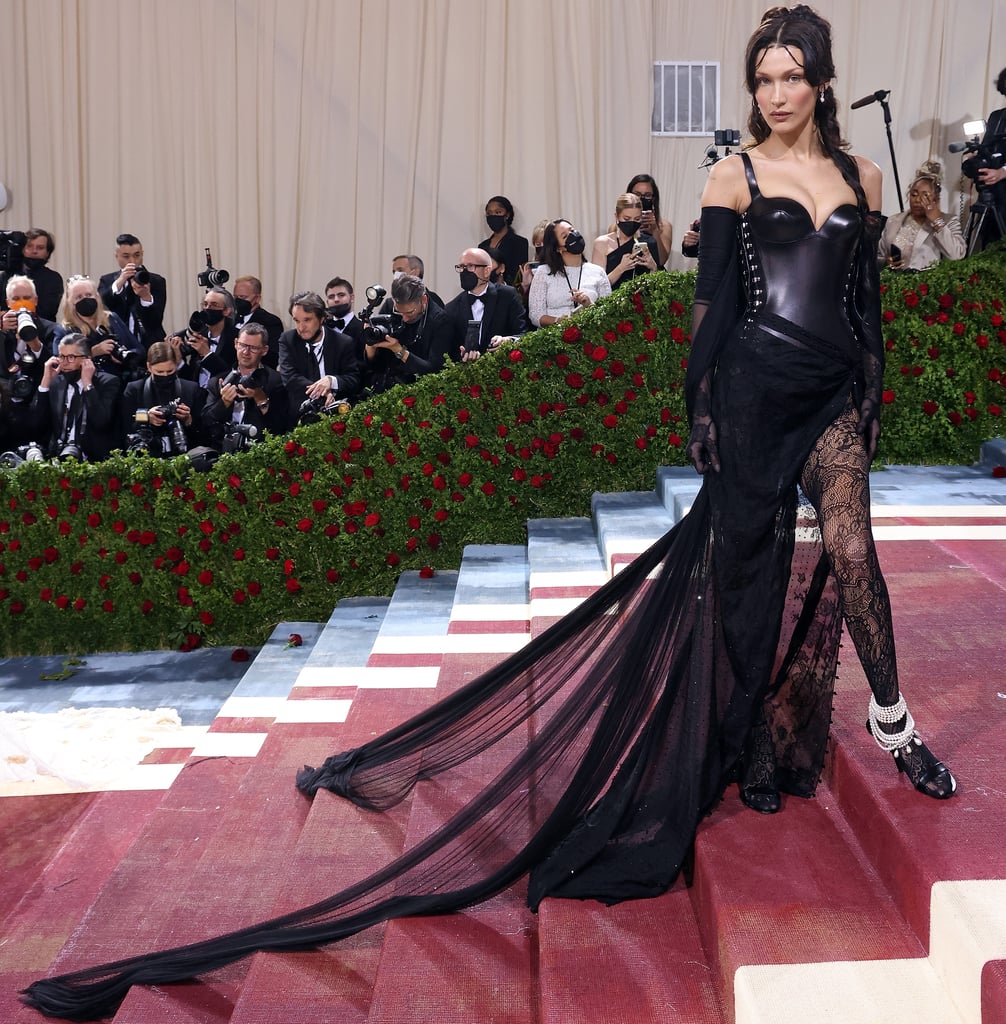 For the 2022 Met Gala, Bella Hadid collaborated with longtime friend and designer Riccardo Tisci on an all-black corseted Burberry look. And now it’s under scrutiny nearly two weeks later as the internet erupts over comments she made to Interview Magazine about “blacking out” in the ensemble: “I literally like, blacked out. I don’t even think I got one good photo on the red carpet,” Hadid said after the event. “Now that I look back, I realize that people literally stand there for 20 minutes and they give. I looked once to the left, once to the right, and I ran up the stairs. I don’t think I was out there for more than three minutes. I don’t know if that was my anxiety, or maybe the waist was giving cinch and I couldn’t breathe. I mean, there were probably a lot of things happening.”

Hadid clarified she wasn’t explicitly referencing the corset when she described blacking out. “I joked that I blacked out, not because of my corset, but from the regular anxieties and excitement of the carpet,” she posted on her Instagram Stories on Thursday, May 12. She also noted, “Corsets, in general, are pretty uncomfortable/hard on the lungs, but my corset fit perfectly with enough room to eat and drink!!”

As one of the many attendees who chose black for the “Gilded Glamour”-themed red carpet, the 25-year-old supermodel channeled the Victorian era (which overlaps with the “Gilded Age” period) through a fresh lens, clad in lace and leather. The corset, which featured lace-up details on both sides defined by metal grommets and a bustier-style neckline, was the structured foundation of the ensemble. It was contrasted with delicately embroidered leggings and a chiffon shawl. Hadid finished her outfit with Dorsey earrings and Burberry sandals highlighted by a Briony Raymond pearl necklace wrapped around her ankle.

The Burberry team posted Polaroids from her fitting, and Hadid followed suit, posting on her feed with a message of gratitude for her glam team: “Thank God for every person in these photos. I am grateful and adore every one of you. Riccardo – I love You amore. 🖤 @burberry @riccardotisci17.”