A BOYFRIEND has left internet users in hysterics after saying how a £25 Amazon sex toy worked so well on his girlfriend she nearly “killed him” as she sent him flying.

Customer Jay left a five-star review on the Luvkis Oral Stimulation Massager with the headline “buy if you want an exorcism.” 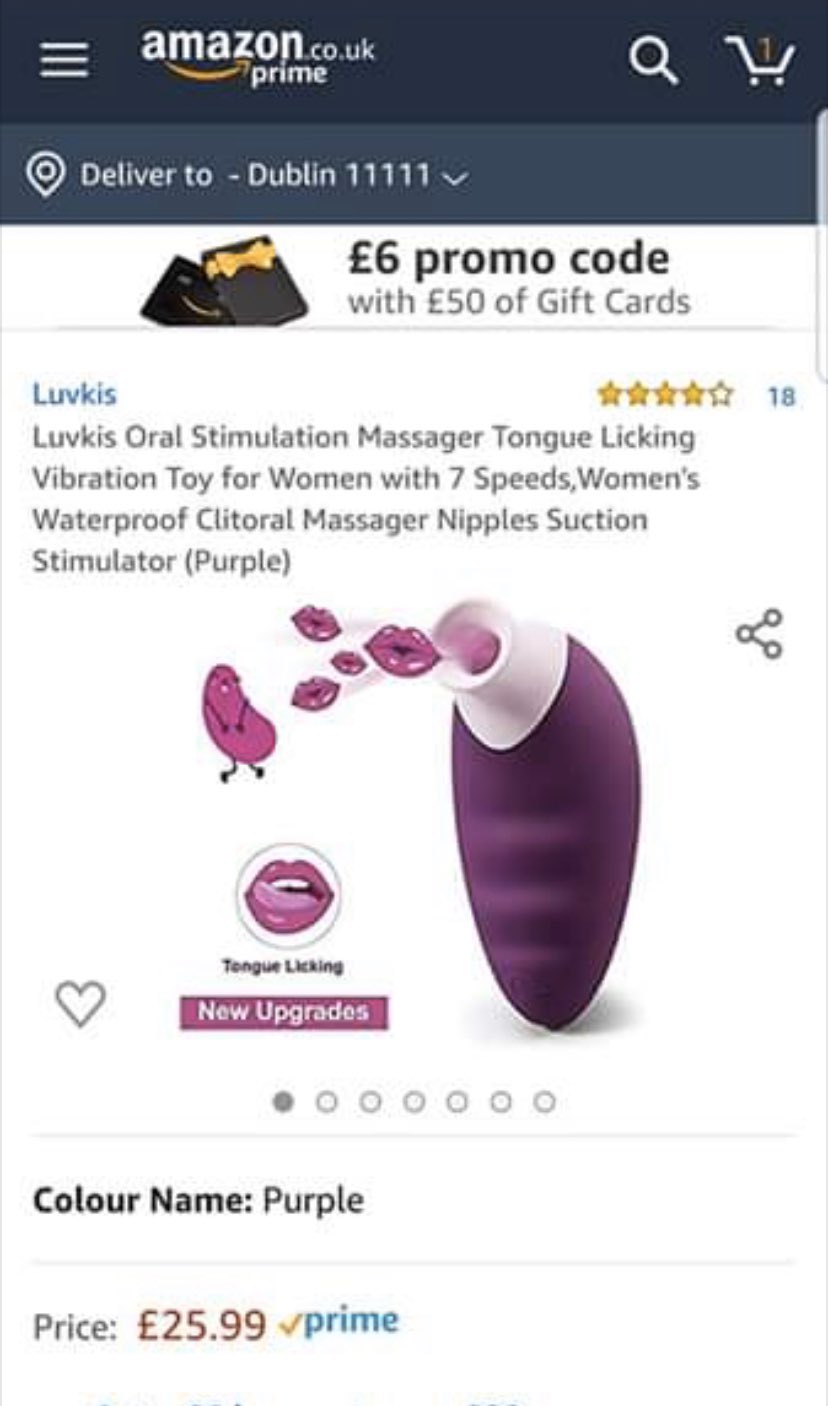 He explained how he had bought his girlfriend the toy to give her the sensation of “oral” and penetration but didn’t have high hopes due to the price.

Jay said: “Expected it to be pretty weak, but I tried it non the less.”

Once the couple found the right spot for it, “it was go time”, and after 30 seconds she started to feel the effects.

The boyfriend shared: “I can’t remember the rest. Apparently she instantly came that hard, that her legs kicked out, hit my jaw, I went flying back and landed on the radiator. 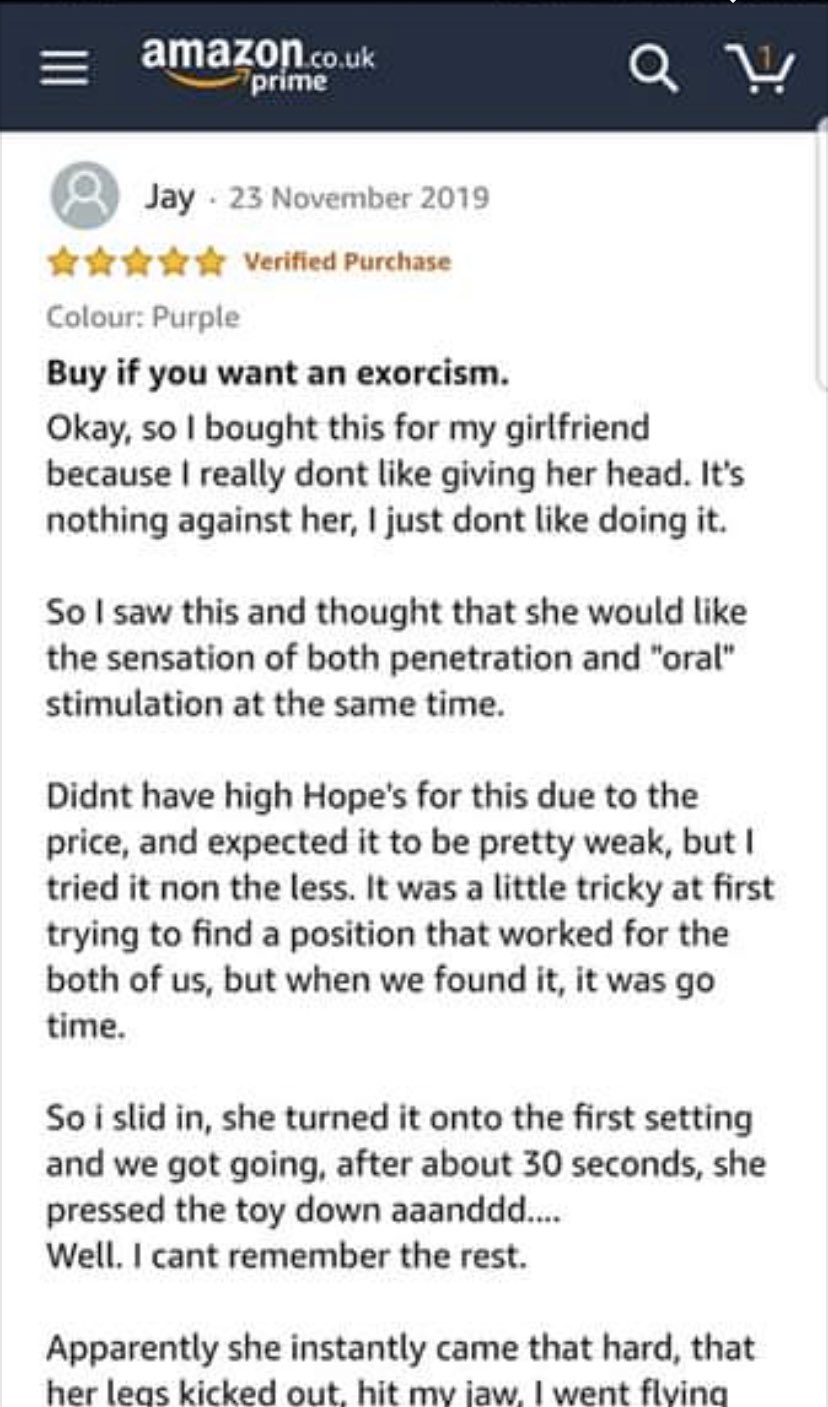 “She thought that she had killed me. All in all, after a paracetamol, a frozen bag of peas of my jaw… its a good toy.”

He joked: “If you are going to use it with your partner, i suggest that you wear some form of riot gear to protect you from any physical damage that may occur.

“Yours truly. A damaged boyfriend.”

His comical review was screenshotted by an amused Amazon user and shared on Twitter with the caption “Review on Amazon give me life.” 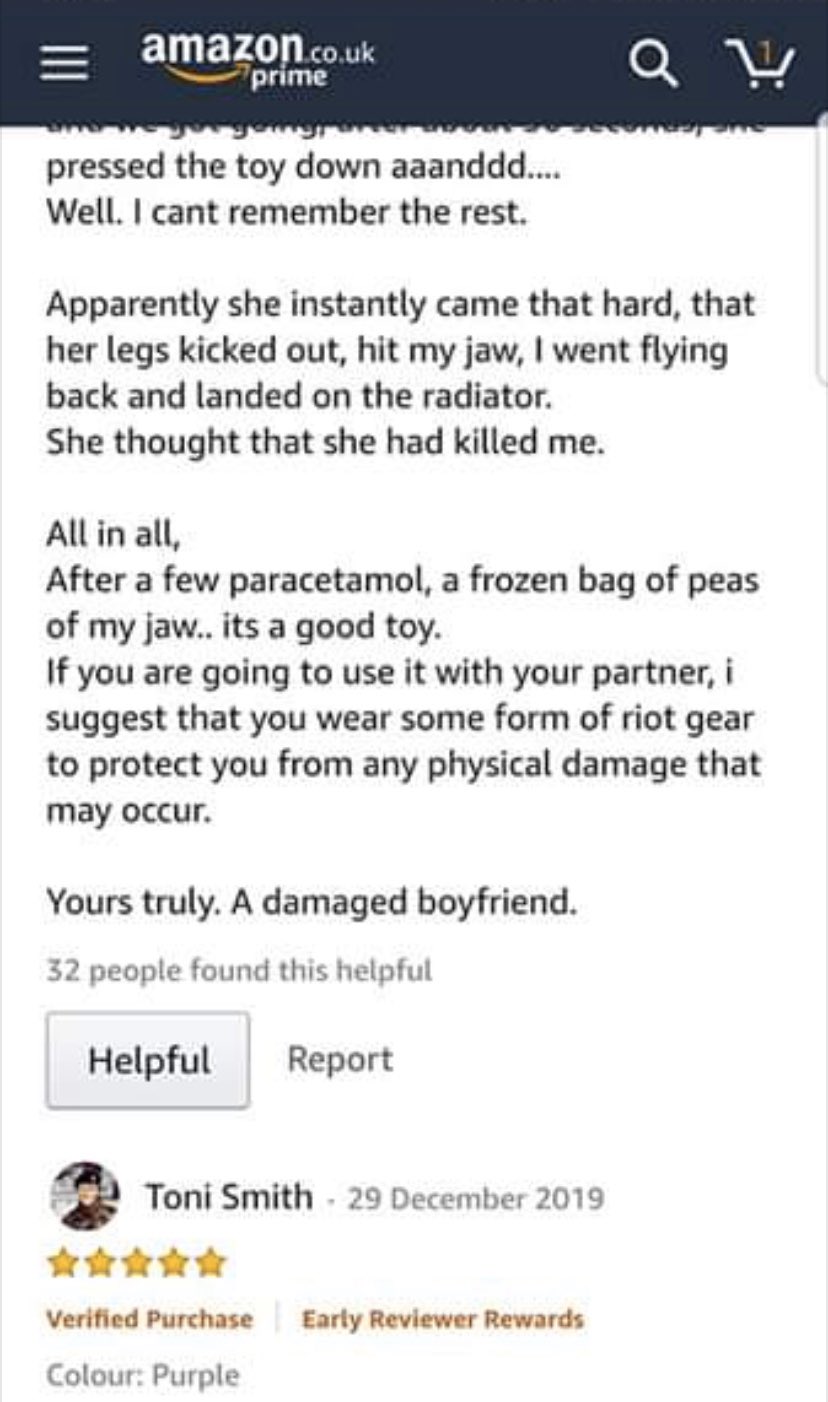 Many people were highly entertained at the tale, and some said they were desperate to try the toy for themselves.

One wrote: “Omg that's brilliant. I'm off to order one now.”

While one said: “*logs on to amazon to order on express delivery*.”

Meanwhile, one amused man joked: “I wonder if riot gear is in the ‘commonly bought together’ section.”

We shared how tongue vibrators are the new sex toy trend to get women buzzing – as happy users rave they guarantee ‘powerful’ orgasms.

Here are the sex toys you may need depending on what mood you are in.

Meanwhile, women can enjoy orgasms up to four seconds longer if they use a sex aid, a new scientific study has revealed.