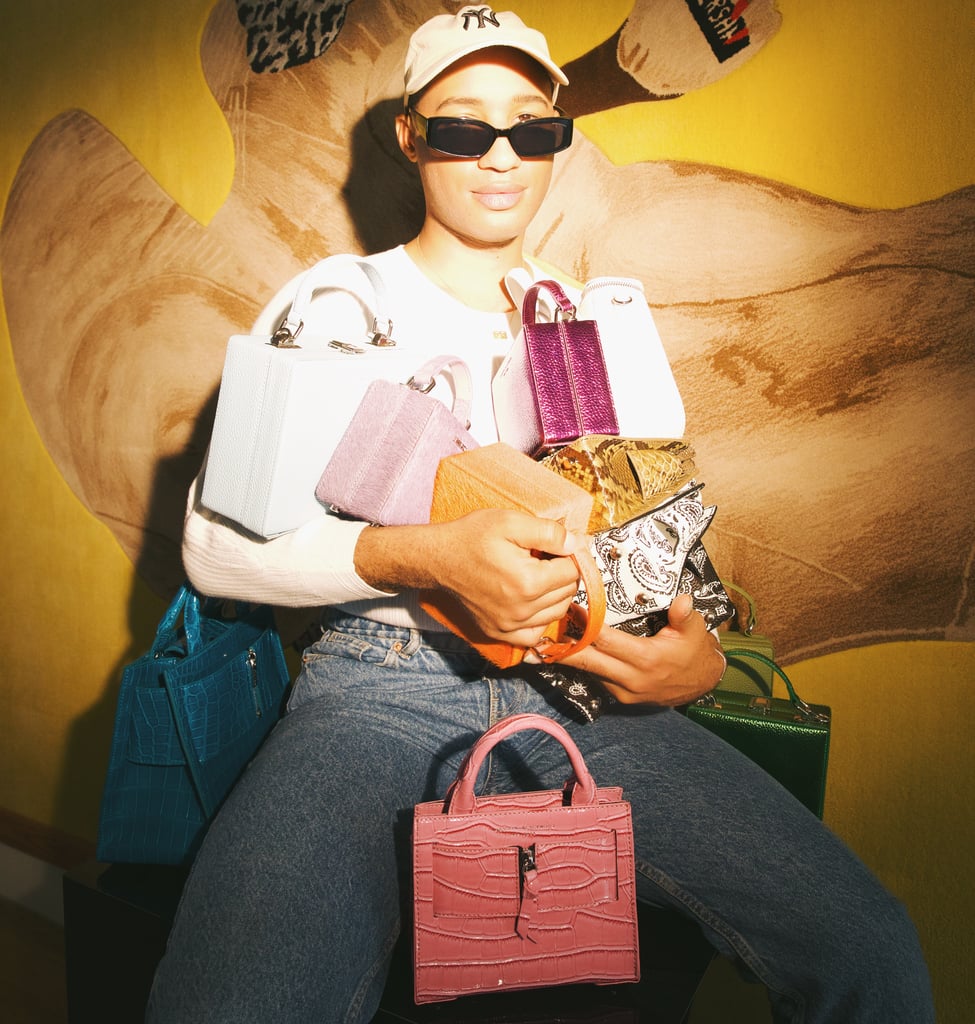 Brandon Blackwood started his luxury handbag brand out of Brooklyn, NY in 2015. The designer, who’s of Jamaican and Chinese descent, set out to to create a line that is inclusive, functional, affordable, luxurious, sustainable, and bursting with personality. Are there any more boxes you think he needs to check off? Speaking of bags with undeniable character, Brandon explains to me how all of his purses are named after really close friends, family, or townships in Jamaica. “Every bag named after a friend makes sense for that friend. That’s how I keep them close to me. Every bag has a story and speaks to who I am and who I represent,” he says.

Though he’s often compared to Telfar Clemens, who has also created an accessible product line that is for everyone, Brandon can tell you exactly what defines his bag on the market: “On the base level, it’s always going to be about functionality, while still remaining a classic. Even though we’ll do a take on hot pink nylon, iridescent snake print, or something else trend-driven, our bag is still going to make sense. I don’t make useless bags,” he says.

E-commerce is Brandon Blackwood’s bread and butter — the designs that range from $70 for wallets and up to $400 for jumbo satchels retail at brandonblackwood.com, Saks, Bloomingdale’s, and Black Owned Everything — and the label is selling out more rapidly every day. But Brandon is ambitious: “I was planning on doing a shoe line this summer, but we got so busy and the demand was so crazy that I didn’t want to rush it. That will happen, if not this fall, then probably top of next year. I’m also going to do a little bit of outerwear, so that will be cool,” he says, going on to tease a few projects I have to keep mum on for now.

“We’re actually going to be on a call today with one of my dream collabs,” I am not surprised to hear Brandon say toward the end of our conversation. When I ask him about dream celebrity clients (in addition to the likes of Normani, Saweetie, Rickey Thompson, Halle Berry, and Joan Collins, all of whom already star in his spring campaign) he says, “I mean, obviously Beyoncé. Why not? It’s coming, fingers crossed.” With Outer Banks star Madison Bailey’s recent red carpet outing featuring Blackwood’s eye-catching mini Cara duffle, I’d say a Beystagram is likely in the making.

Ahead, read more about Brandon’s expanding business, then check out his incredible spring campaign and pre-order the collection.