A BRIDE has taken to Photoshop to 'fix' her wedding photos by editing out one of her bridesmaids after the pair fell out.

The newlywed, from Oregon, USA, deleted the woman from her bridal party snaps before taking to Facebook to share the new and "improved" version of the picture. 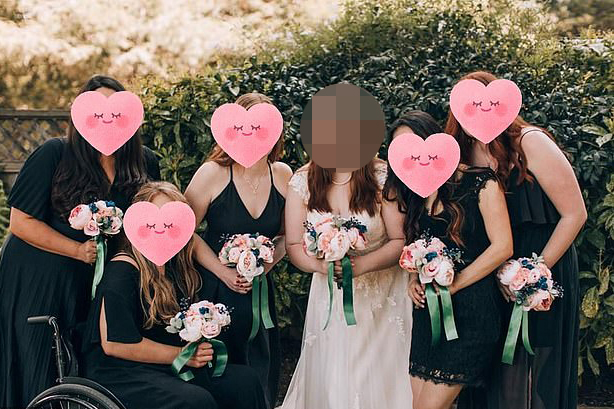 Revealing she didn't want the woman as a bridesmaid in the first place, the bride explained she only asked her because she felt 'pressured' to.

The woman then not only refused to take part in the hen do before the wedding, she arrived four hours late on the day itself.

And if that wasn't bad enough, the bride claims she took to badmouthing the bride's friends, as well as ignoring the bride throughout the day.

"The entire ceremony she was making a very upset face and silently making faces and eyes at her husband," the bride revealed online. 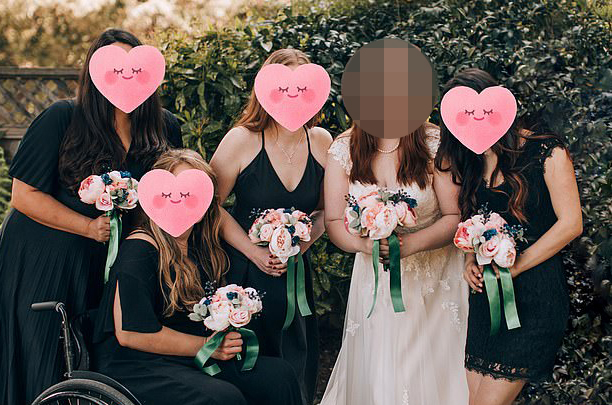 "At the reception, she refused to speak to me at all. I would try to converse with her and she just blatantly ignored me. She even left without saying goodbye."

The married woman added that the bridesmaid had also refused to take part in the wedding rehearsal, as well as leaving the bridesmaid group chat and refusing to help set up.

And on the day of the wedding, the rogue bridesmaid didn't come to get ready with the rest of the women, instead turning up right as the ceremony began.

The bride continued: "Family and friends told me she was bad-mouthing myself and the rest of the bridesmaids the entire reception and trying to start fights."

How much do weddings cost?

Last year, the cost of the average wedding rose to £30,000 – reaching the mammoth figure for the first time.

And with plenty of things to think about, from the venue, to catering, the dress and the rings, there's no surprise it all adds up.

But the figure in the tens of thousands doesn't even cover the honeymoon!

The 2018 National Wedding Survey by Bridebook.co.uk found the cost of marriage has risen 12% year on year.

Despite this, and wanting to make amends, the bride sent a text the week after her wedding apologising if she had upset the bridesmaid – but the bridal party member replied saying the day was "awful".

Not only that, but the bridesmaid suggested the pair should "pretend the wedding never happened" and move on after the bride "left her out" of all the bridesmaid duties.

The bride added: "I'm not about to pretend that my wedding never happened but I'm all for pretending that she was never there.

"I know this is pretty petty but I've had problems with her for the past three years and her asking me to forget that my wedding even happened really pushed me over the edge." 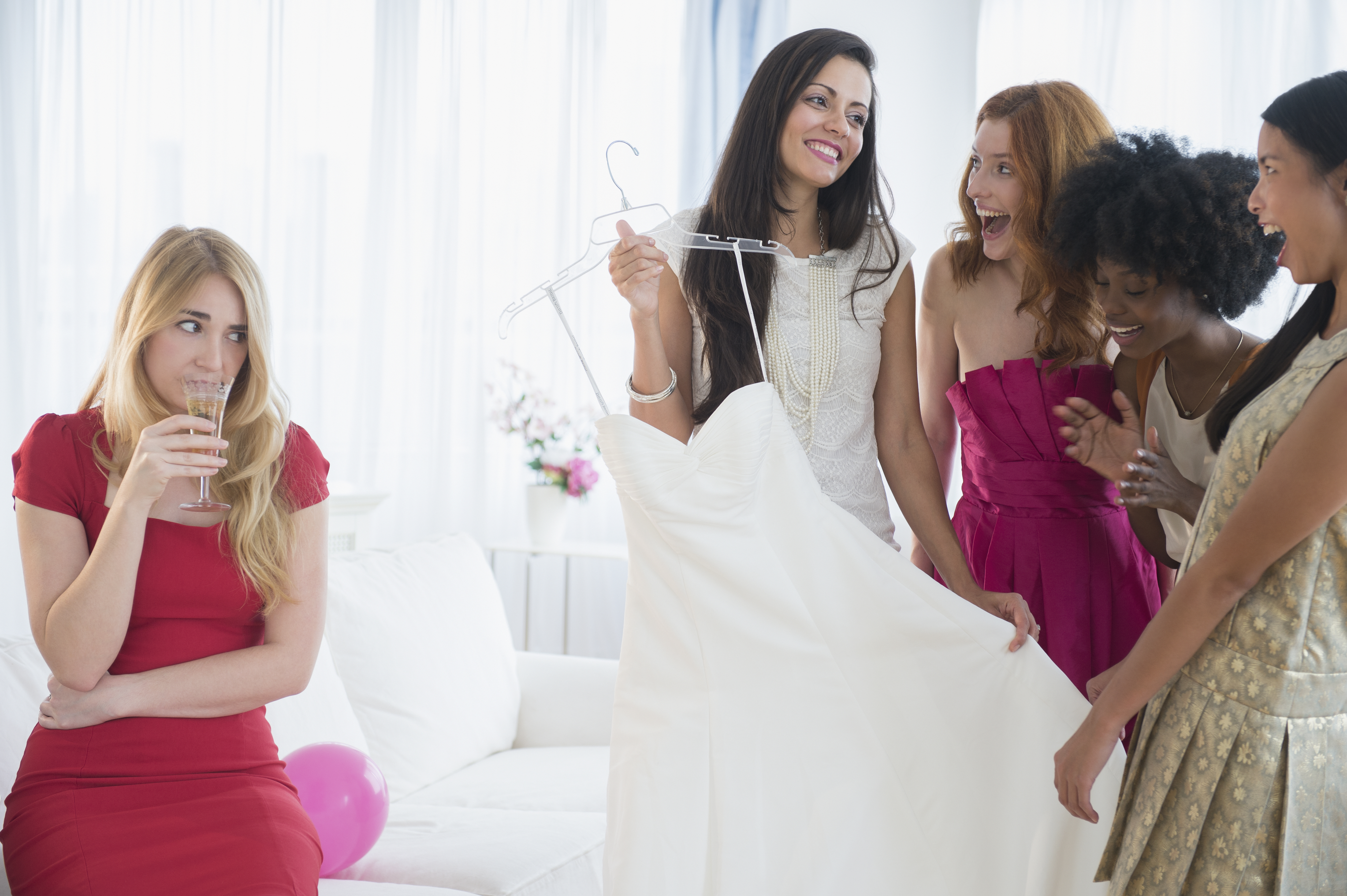 She went on to post the before and after pictures of the bridal party, showing how the troublesome maid had been carefully removed from the right hand side.

Plenty of Facebook users took to the comment section to voice their opinion on the job, with many agreeing it was a 'great choice' by the bride.

"That bridesmaid doesn't deserve to pop up in your head every time you look at photos from your wedding," one woman wrote.
"Good for you for physically removing her. You don't deserve to have the happiest day of your life ruined by someone who didn't bring anything positive to it"

While another agreed: "That is great Photoshop, though. If I hadn't seen the original I never would have known the bridesmaid was cut out."

While a groom's mum was slammed for buying a £3k bespoke wedding dress for her son's ceremony.