Home » Fashion » Cancer mum told her kids have 50:50 chance of same disease plagued by guilt when baby boy is diagnosed – The Sun

Cancer mum told her kids have 50:50 chance of same disease plagued by guilt when baby boy is diagnosed – The Sun

FOR cancer survivor Heather Rodgerson, giving birth to her second child was a mixture of emotions.

The 33-year-old was delighted to welcome another baby to the family but she was also overcome with guilt. 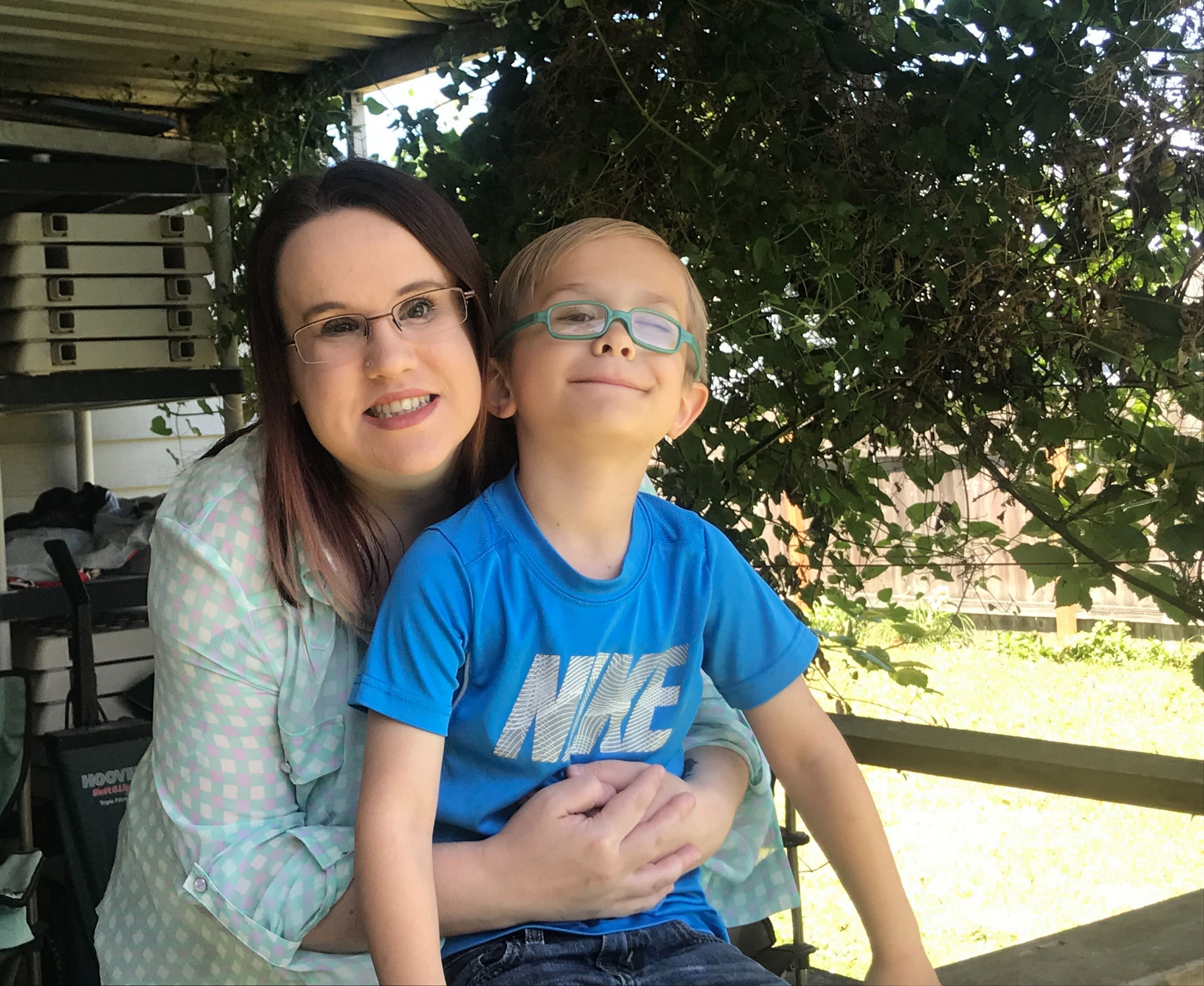 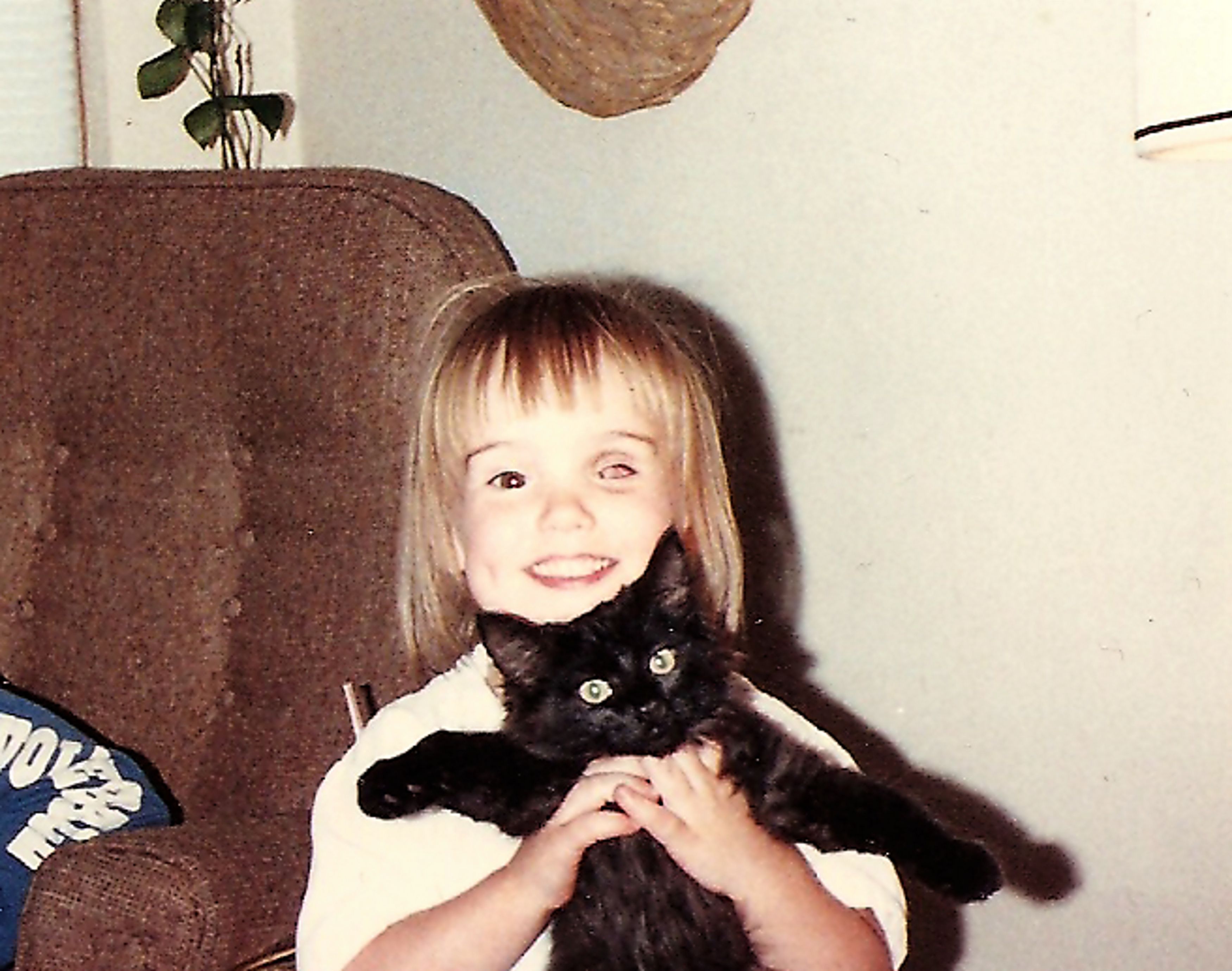 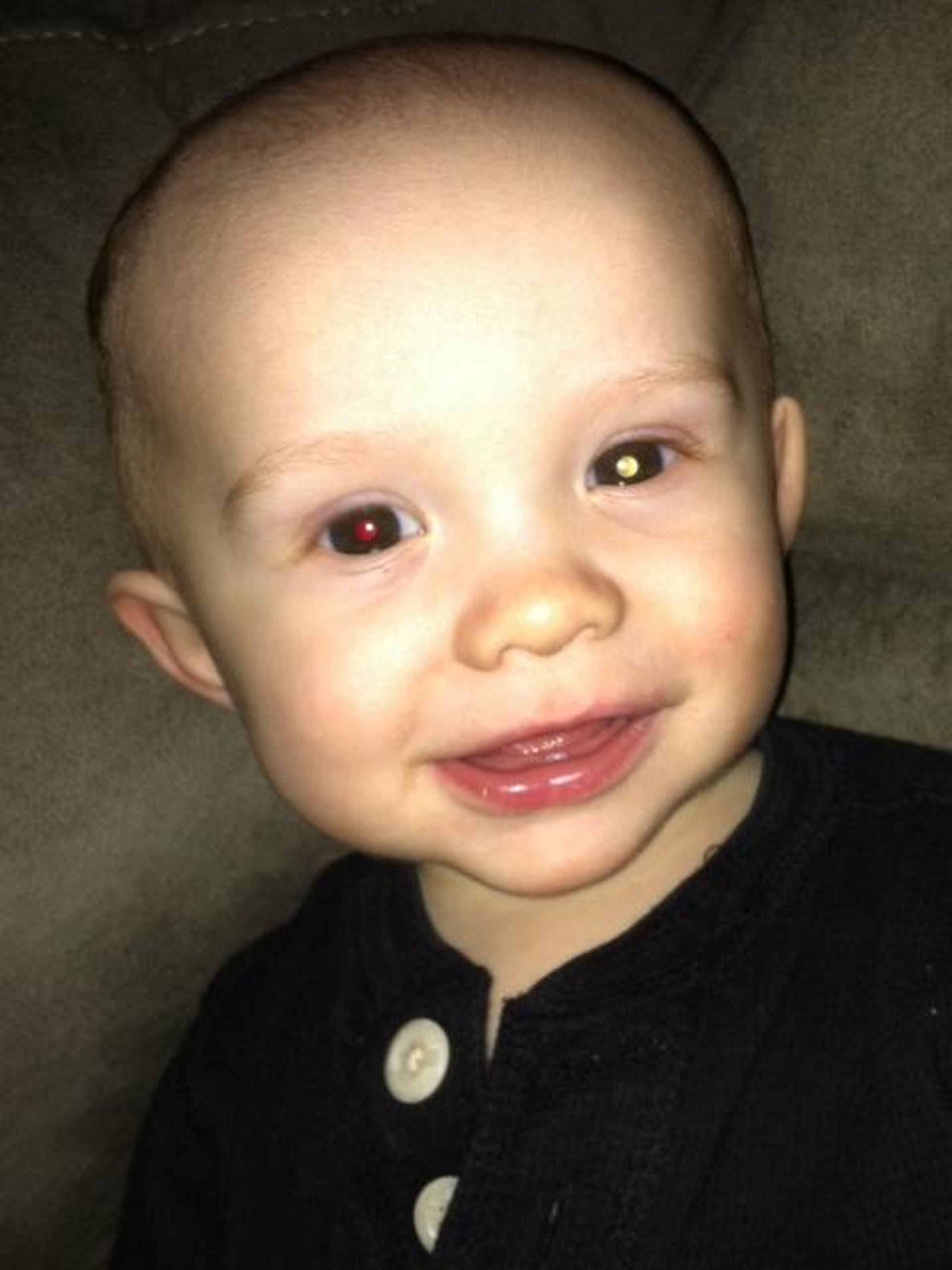 Doctors had told her there was a 50:50 chance any future children would inherit a genetic marker from her that could cause retinoblastoma.

And sadly at eight-months-old, her youngest son Jareth was diagnosed with the rare eye cancer.

She had previously vowed never to have children after losing her left eye when tumours grew on the optic nerve meaning doctors were unable to save it.

But her plans changed when she met her husband and they decided they wanted a family. 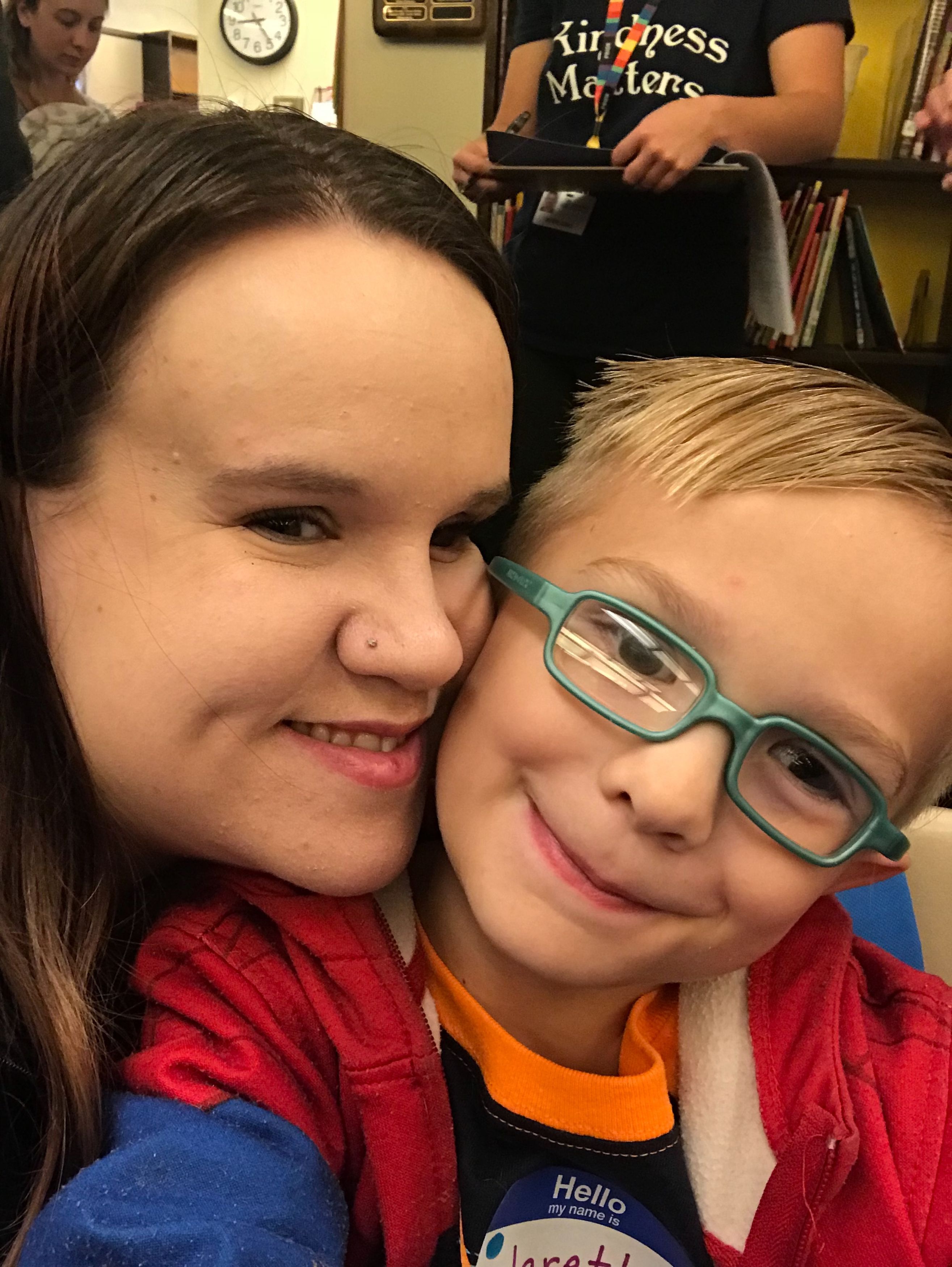 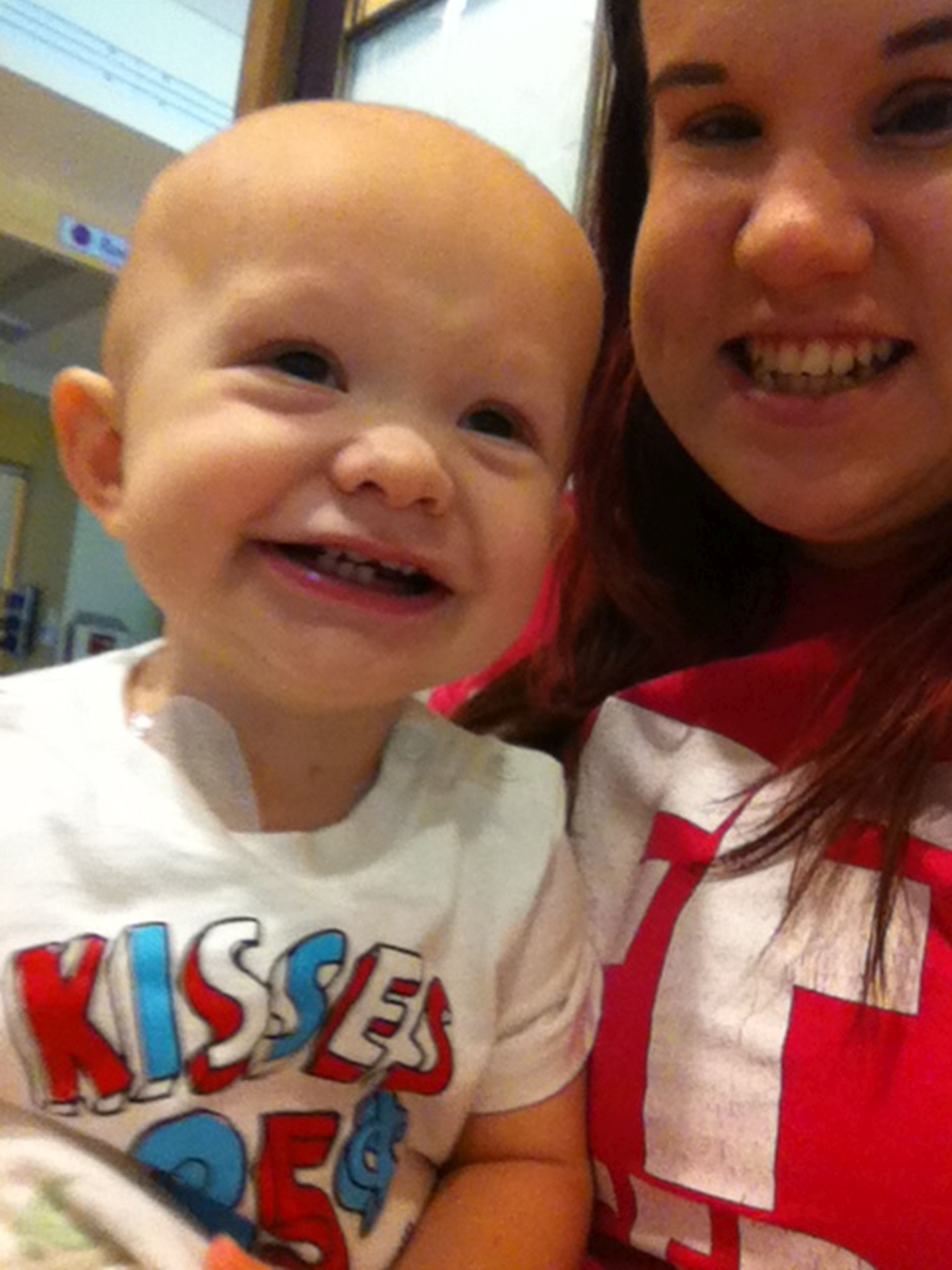 Heather, from Springfield, Oregon in the US, instead insisted her sons were given thorough check-ups regularly for any signs of tumours.

When Jareth was diagnosed with bilateral retinoblastoma in both eyes, the mum-of-two immediately blamed herself.

She said: "The first thing that went through my head when he was diagnosed was that it was my fault. It took a lot of time to push that thought out.

"I have a lot of amazing people to help me  with that – my mum who went through it with me, my husband, my oldest child.

"But it was very much a 'this is my fault' [situation] Who else was I going to blame?

"Now I can see that it's not my fault, we were just meant to go through this for a reason."

After his December 2013 diagnosis, Jareth was given cryotherapy and laser treatment to freeze and destroy the tumours in both his eyes, as well as six months of chemotherapy.

It left him vulnerable to infection and the family had to make the two-hour trip for a two-day hospital stay every month – with treatment, hotel and food costs forcing them to declare medical bankruptcy.

Heather, who is a scheduler at a medical practice, said: "All of the things they tell you about side effects – nausea, vomiting, joint pain – he was so little he couldn't tell us what he was feeling.

"The only thing we ever noticed he suffered from was a lot of vomiting. I don't think vomit bothers us anymore, there was a lot of it. 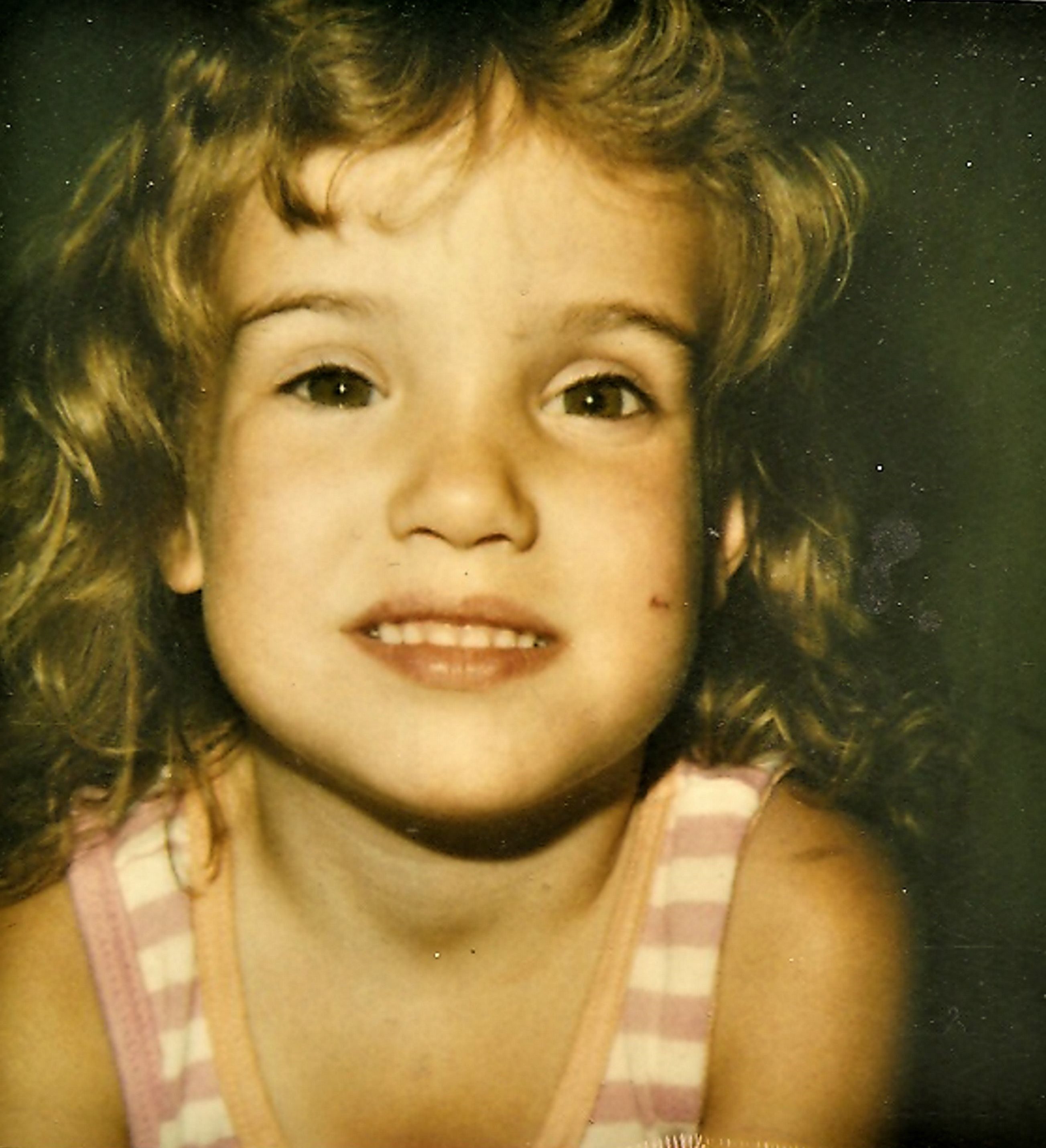 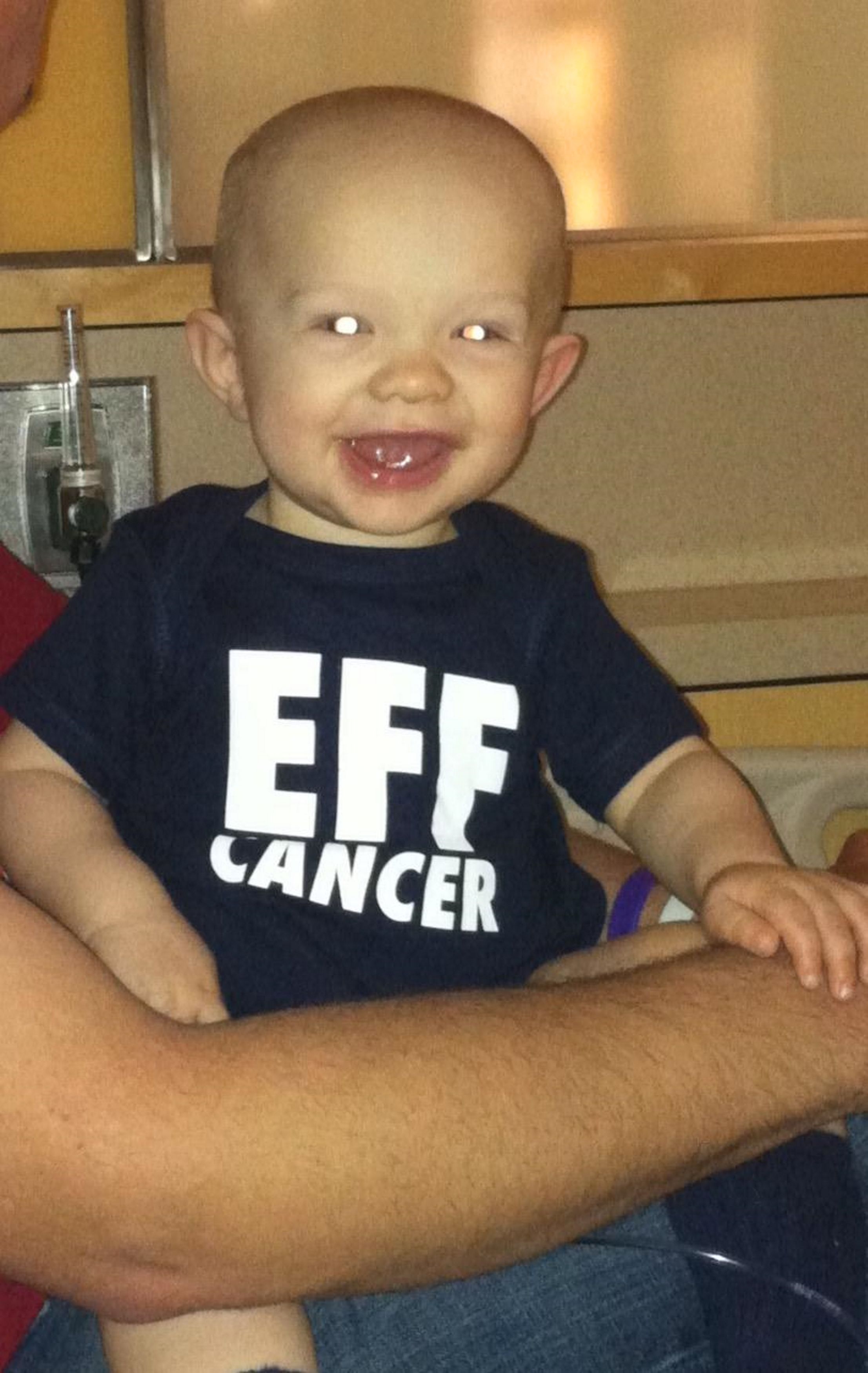 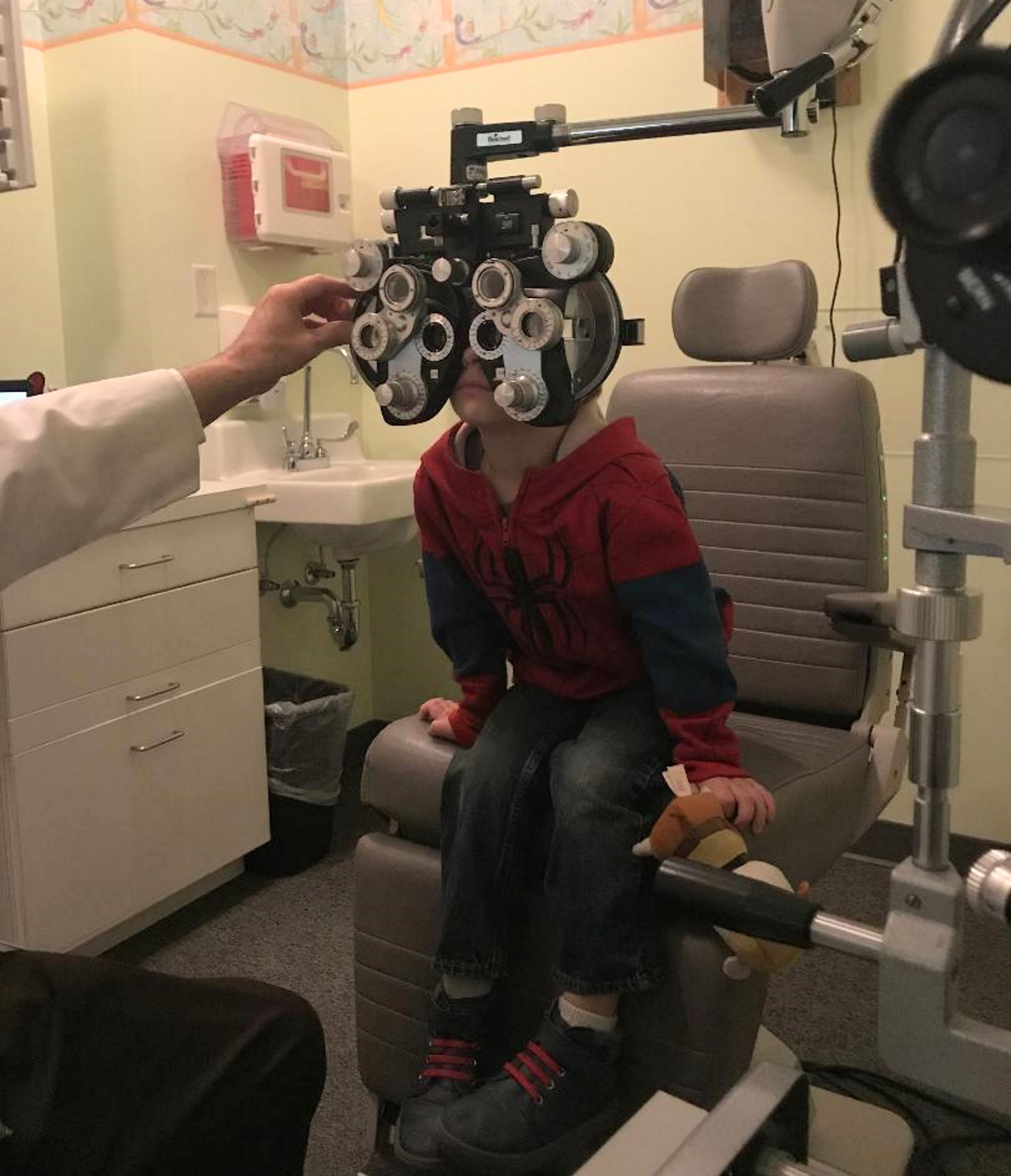 "They normally tell people to watch what you're feeding them because tumours feed off sugars and fat, but at one point he was not gaining weight.

"He had to be rushed up to the hospital in an ambulance once because he was neutropenic and his white blood cell count had dropped to nothing and he wasn't gaining any weight.

"We are in medical debt from all the treatments so we're trying to figure out medical bankruptcy and the process with that.

"Sometimes it's just overwhelming, but it's nice to know that he doesn't have to have any of those surgeries or worry about prosthetics. We just worry about him staying healthy.

"When the doctor told us that everything was stable and nothing was new, I just melted. I was so excited."

When the doctor told us that everything was stable and nothing was new, I just melted

The brave six-year-old now only has peripheral vision in his left eye, centre vision in his right eye and still attends regular eye checks every 10 weeks to make sure the tumours are 'dead'.

Heather said: "We have never actually heard the term 'remission' yet, but we are told all the tumours are stable and unchanging, with no new growths and very unlikely that he will ever have any new tumours.

"The tumours won't ever be gone – they are just 'dead'.

Jareth was treated at the same hospital as his mother – 27 years apart.

Heather said: "I have told him that mummy had it too. He knows that I have a prosthetic eye because of [my cancer]. Now we both have glasses.

"I told my younger son that I went to the same hospital for my treatment too, but the doctors were much older and don't work there anymore but I trust those people with mine and his lives."

Retinoblastoma is a rare type of eye cancer, that typically affects kids under the age of five.

Between 40 to 50 kids in the UK will be diagnosed each year.

And while distressing, more than nine in 10 patients will be cured.

The cancer can affect one or both eyes.

What causes the disease?

In some cases a child is born with a mutation in the retinoblastoma gene, they inherited from one of their parents.

In other cases this genetic mutation can happen in the early stages of development in the womb.

This gene is known as the RB1 gene, and most with a mutation of RB1 will be diagnosed with the disease.

Around four in 10 cases of the disease are inherited.

In the remaining 60 per cent of cases, experts do not know what causes the disease.

What are the symptoms?

Most kids with the disease will seem well.

– the pupil looks odd
– a squint

The pupil may appear white, like a cat's eye that is reflecting light.

The child may also have problems with their vision.

In other cases the eye may be red and inflamed.

How is the disease treated?

Larger ones will need surgery, chemo and radiotherapy, or a combination of the treatments.

After her son's battle, Heather and her husband decided they definitely wouldn't have any more children.

"It's a 50:50 chance every time I had a kid that they could have it too because of my missing genetic marker.

“My husband and I decided together that we are not going to have any more which is very hard.

"You wouldn't have even known from some of the pictures of Jareth that he was halfway through chemo, he was just the happiest baby.

“He made us stronger and we learned a lot from him." 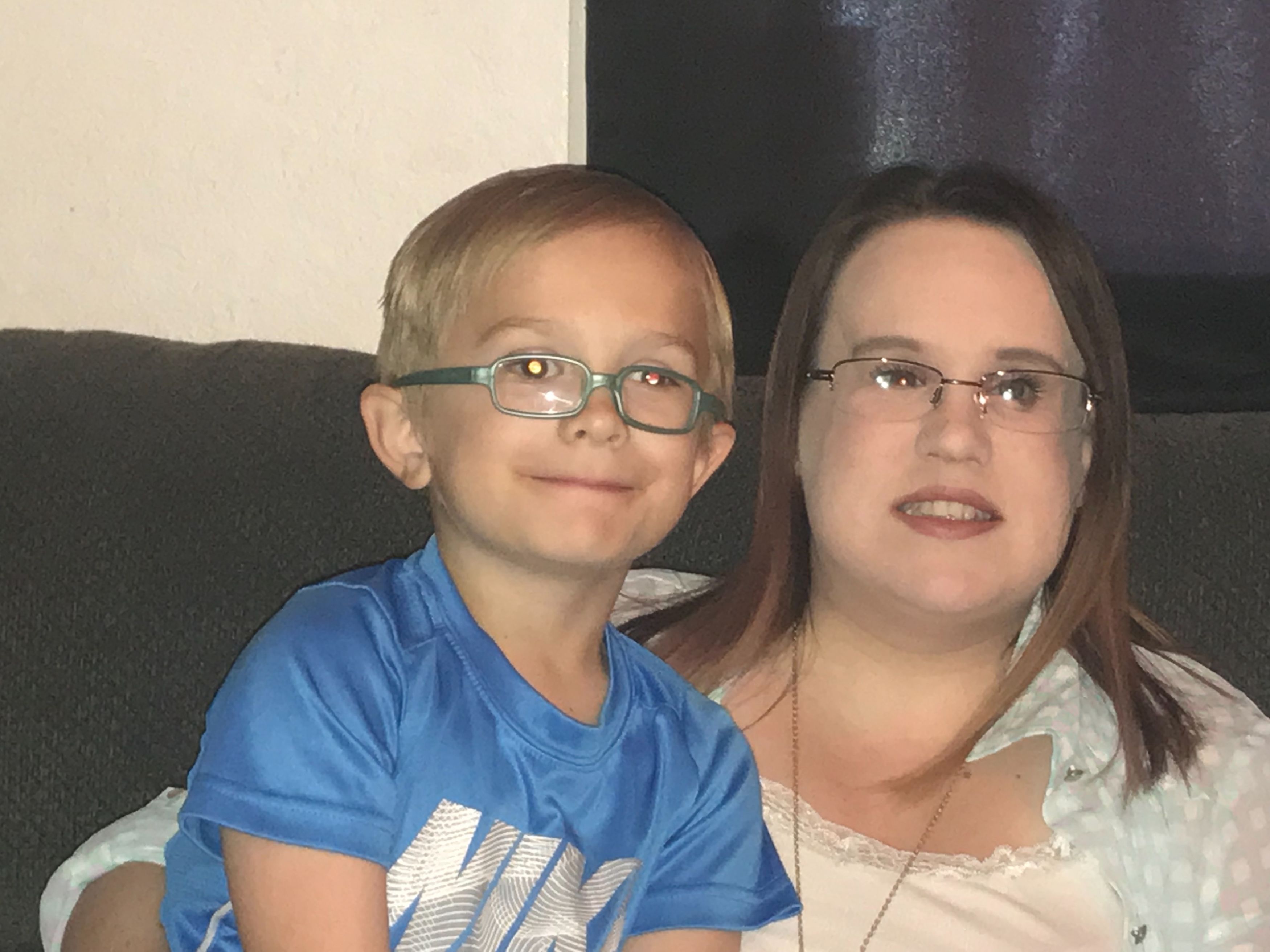 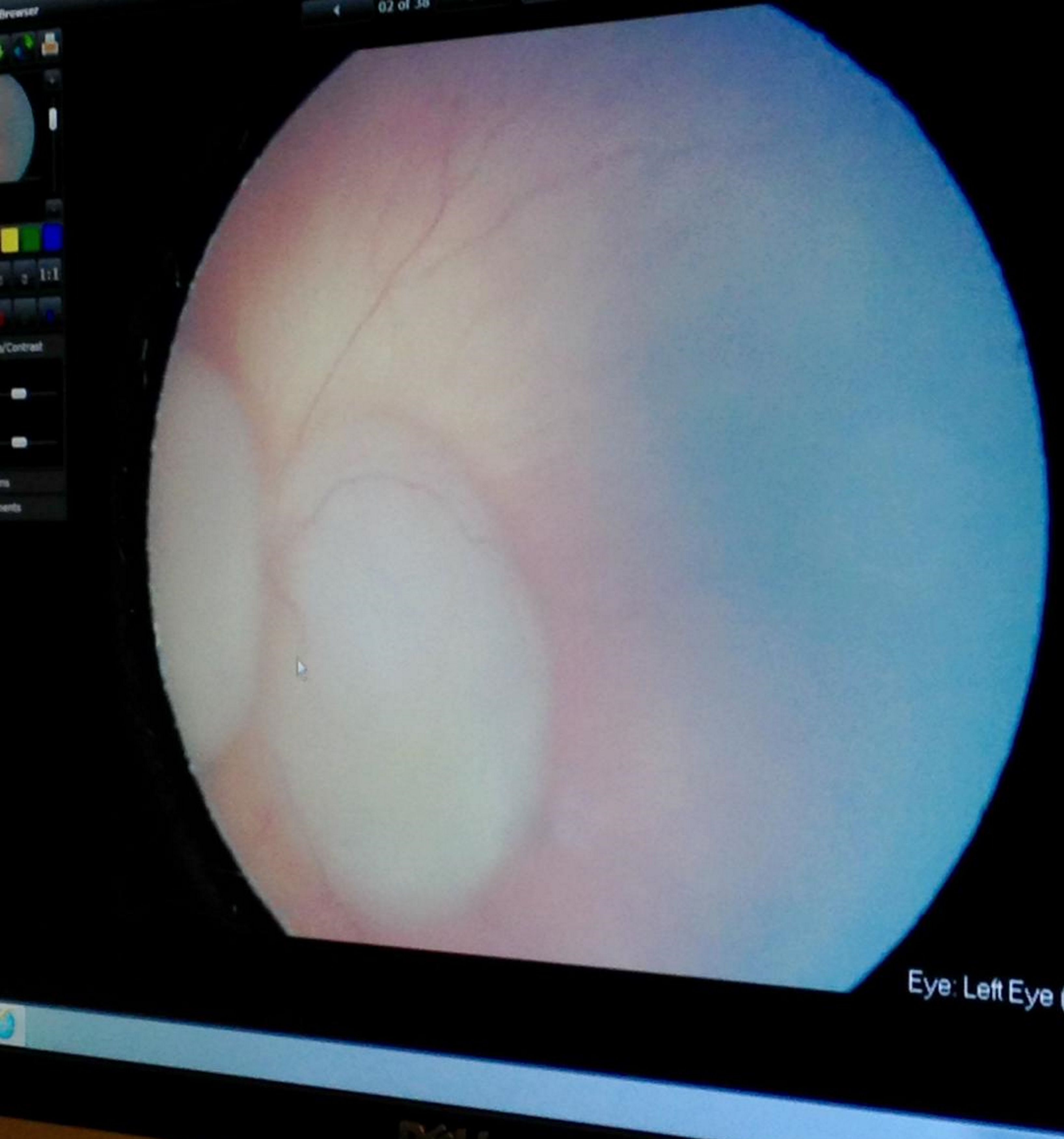 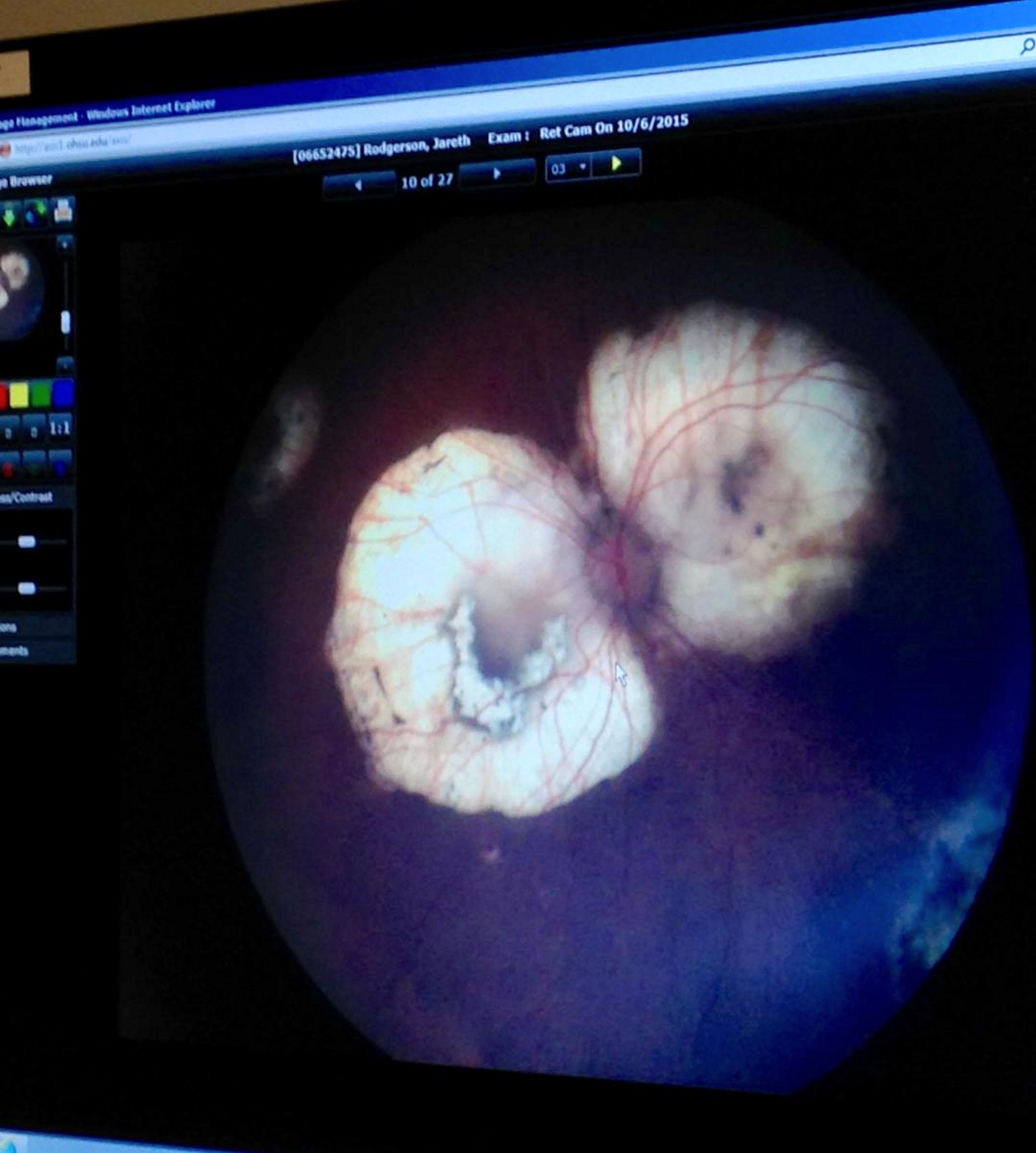 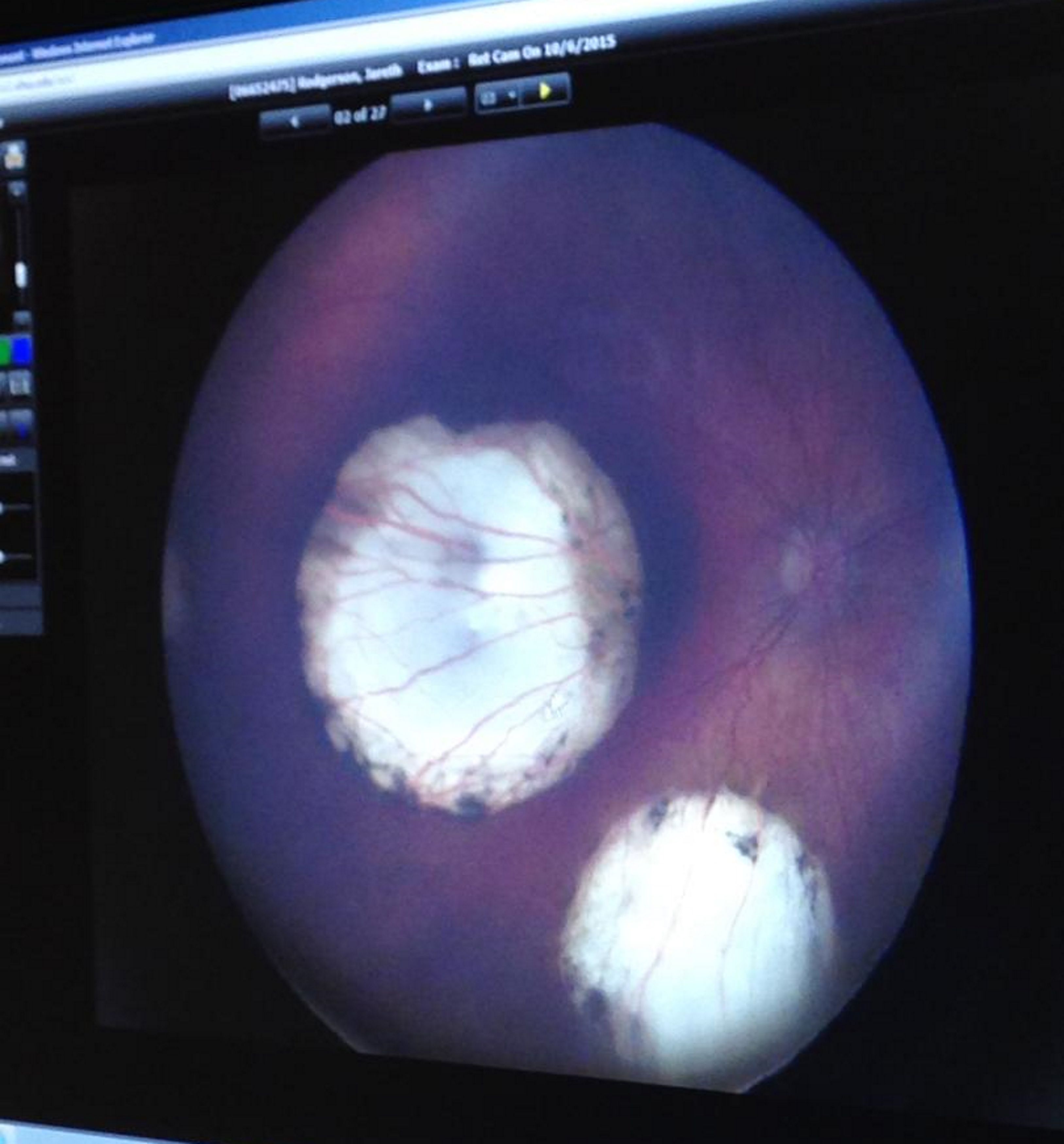 Heather now urges parents to look out for a white glow in the eyes when taking photos of their children which may be a sign of retinoblastoma.

"If you see anything abnormal or anything even without a picture, don't be afraid to ask your doctor to check it.

“It does not hurt to ask them to double and triple check things.

"I just tell everyone they only do visual checks at certain months. It's not against the rules to ask them to check a child's eye at every visit especially if you have a family history of any eye issues.

“Retinoblastoma is not the only thing that causes white reflections on pictures.

"At that eight-month visit I’m glad that I did, because we found it in time. The 'know the glow' is actually really amazing. 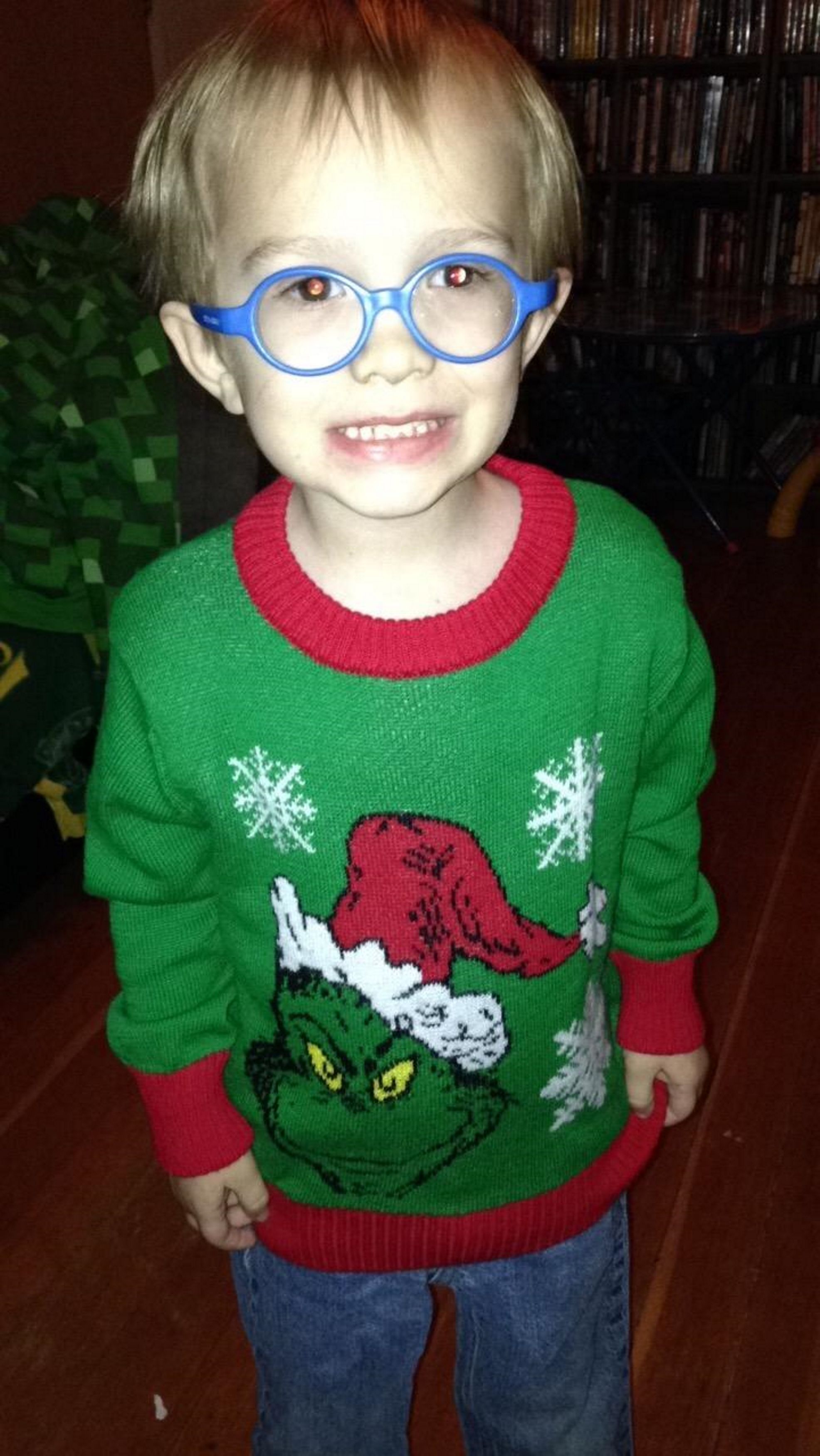 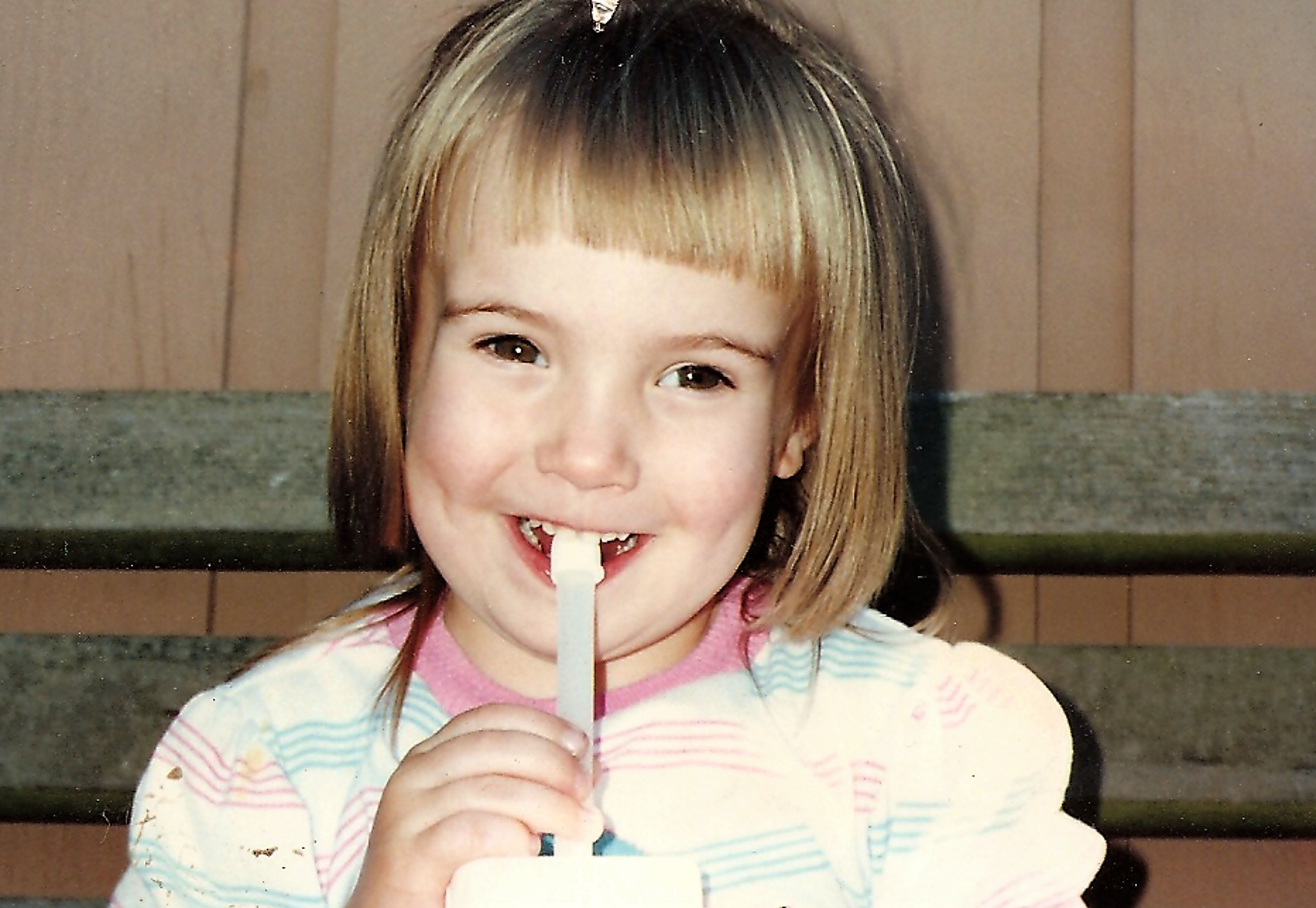 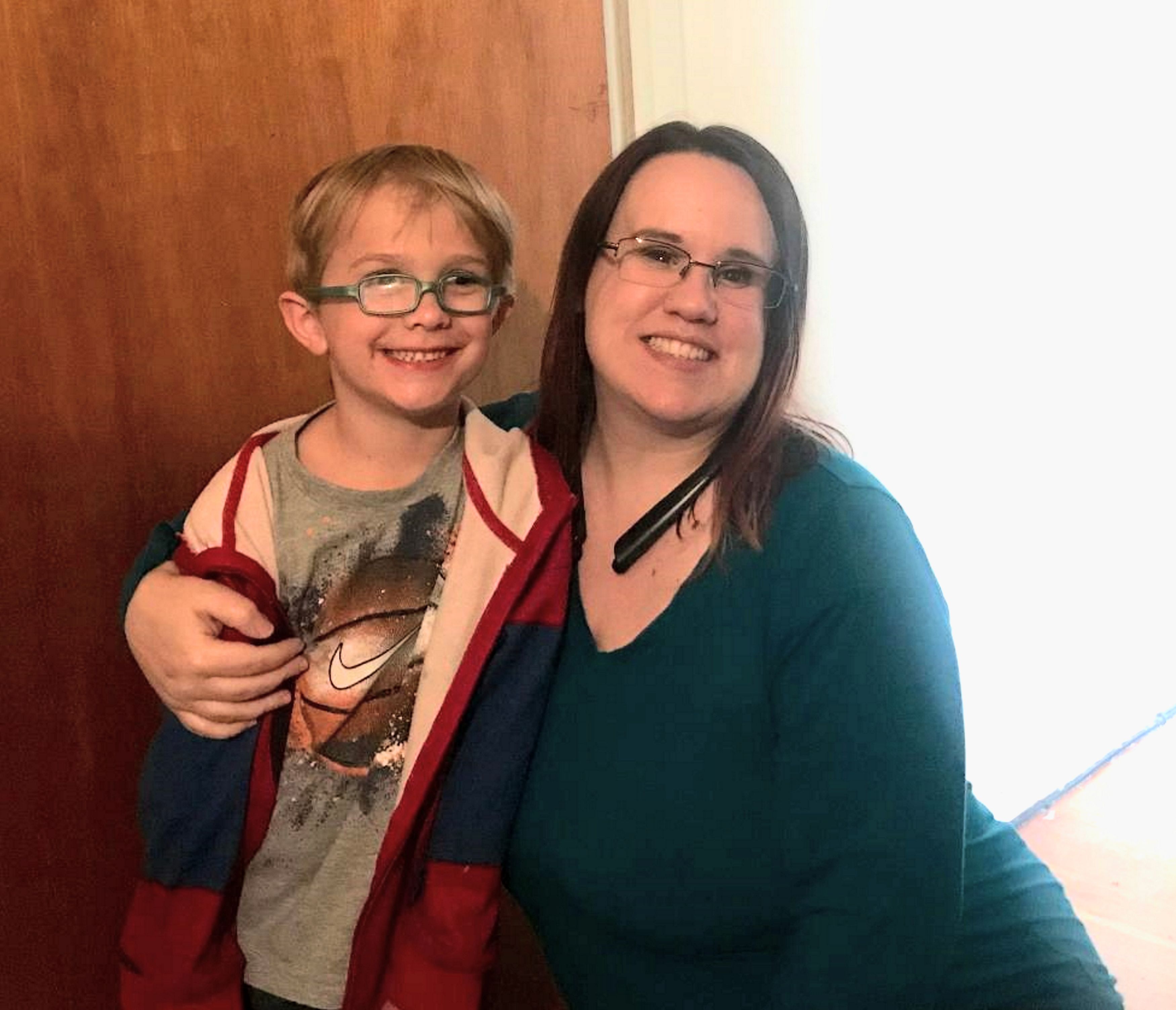 "Look at your kids’ pictures. A lot of people find out about retinoblastoma or that another eye issue is happening because someone from social media said 'get that checked out'.

"They post a picture where their kid's eye looks white and cloud and think 'whatever', but it can be a big deal.

"Those are those things where you can catch it early on rather than too late."