A COUPLE who spent £33,000 doing up their garden have been slated by viewers, who think the finished result looks "boring".

But they were fed up of their outdoor space, which featured an imposing conifer bush and only a small corner for the girls to play in, so sought the help of BBC 2's Your Garden Made Perfect.

The couple used award-winning garden designer Helen Elks-Smith's plan but ended up going £8,000 over their £25,000 budget.

And viewers of Thursday night's show were far from impressed with the finished look.

One tweeted: "'It’s all very pretty in a boring sort of way, but I’m failing to see where the £25k is going.

"Well – on the designer’s enormous fee I suppose #yourgardenmadeperfect." 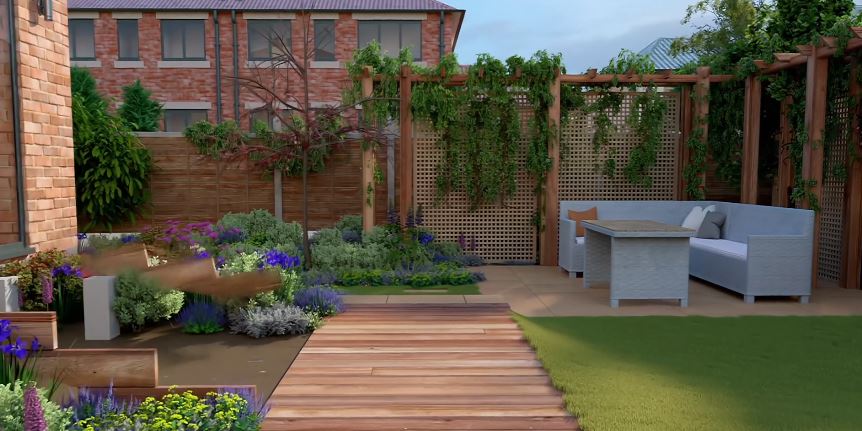 While a second said: "A garden is not another room. It is a garden, an outside space. There. I’ve said it. #yourgardenmadeperfect."

Others were distraught they chopped down a monkey puzzle tree in the garden – saying: "Could they not have moved or donated the money puzzle tree… such a waste to chop it down".

On the decision, Helen said: "It had to go, sadly. It was a good decision, it was definitely the right decision for you because it gave you a garden.

"But it was difficult, it is something you really have to think about, taking a tree out."

Helen planted a Japanese maple tree instead, which is smaller and slow growing.

The couple were delighted with the work. Demi said: "Laura and I, we used to sit on the steps, get bored and go back in.

"This garden has given us a way that we can all go out and be together."