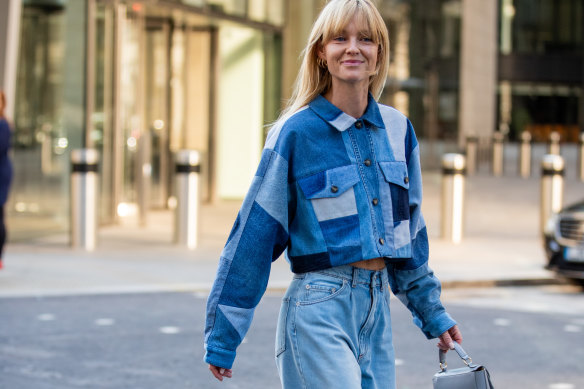 Jeanette Madsen is among a fresh crop of Danish style influencers. Credit:Getty

The French have been fashion frontrunners for centuries when it comes to expressing personal style, to the point where words such as “chic” and “vogue” have crossed borders and language barriers to become international shorthand for elegance and trend-setting.

Nipping at their Christian Louboutin heels, in platforms from Gucci, are the flamboyant Italians, although the phrase alla moda remains confined to Rome and Milan.

But a relative newcomer to the fashion Olympics of mixing patterns, picking the correct fabric and knowing when to be minimalist or go over the top and raid the jewellery box has arrived from distant Denmark.

Here’s your chance to create a passport to European glamour by pledging allegiance to the looks of Catherine Deneuve and Camille Charrière, Sophia Loren and Chiara Ferragni, or Helena Christensen and Anine Bing. 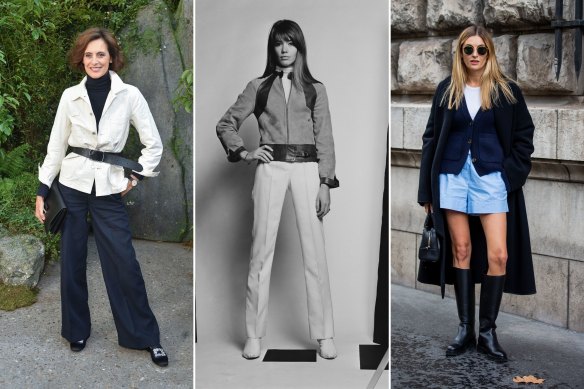 Walking the streets of Paris, dining at restaurants with views of the Eiffel Tower and sitting front row at Saint Laurent or Chanel, you can be forgiven for thinking that the French have pulled the finest navy wool over the eyes
of the rest of the world.

There is a studied effortless to the way many French women dress, with their hair gently tousled rather than blown out, make-up barely noticeable and outfits that look thrown together.

“I think French style is classic at its core,” says Claudia Stahl, founder of the French-inspired label Jac Cadeaux. “It’s a delicate balance between being well groomed and looking like you spent a bit of time preparing but not appearing too contrived.

“When I came back to Australia from living in France, people at events always looked overdressed to me, like they had just got out of the hairdresser’s chair. In France, it’s about wearing clothes that suit you rather than what’s on trend. You pull out the classic pieces from the back of the wardrobe, such as a white T-shirt with navy blazer, rather than what’s on trend.”

The former muse of Karl Lagerfeld at Chanel in the 1980s, rail-thin model turned designer Inès de la Fressange encapsulates this seemingly relaxed approach with her own label, as well as her work for shoe designer Roger Vivier and collaborations with mass retailer Uniqlo.

“Matching shoes and bags immediately age you by 10 years,” is one of the most Parisienne pieces of advice from the insouciant de la Fressange, along with, “It is true that in France, women put on less things. If they have a necklace, they don’t put on earrings; if they have nail polish, they don’t put on all their rings and all their bracelets.”

It’s a continuation of Coco Chanel’s enduring advice about removing something before leaving the house (just make sure it’s not your keys). For Stahl, the celebration of simple items such as a Breton striped top, canvas sneakers from Bensimon and well-worn Levi’s, can be blamed on Marie Antoinette’s encounter with the guillotine, along with a fear of too much cake.

“Perhaps, because of Marie Antoinette, it’s in the national psyche,” Stahl says. “There’s this aversion to extravagance. It’s almost bad taste to be too extravagant. It’s certainly not about screaming that you own designer clothing with something covered with logos. You might have a nice Hermès handbag, but you wouldn’t clash it with lots of other designer pieces.”

Along with de la Fressange, people around the world have looked to English actor turned French icon (and this week’s cover star) Jane Birkin for inspiration on how to deliver the undone look, although the style success of her daughters Charlotte Gainsbourg and Lou Doillon suggests that it might be genetic.

“There is a fascination with the French way of dressing that won’t fade, and the best way to approach it is casually,” Stahl says. “Try to have fun with it.

Try not to take it too seriously because that’s the whole point.“ 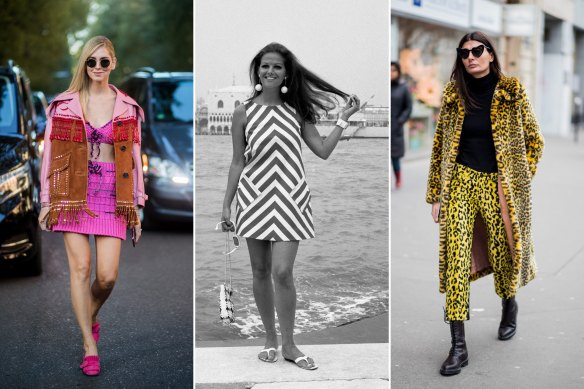 If France is about restraint, Italian style leans more heavily towards extravagance. Why whisper chic when you can scream “elegante!” from a Verona balcony in a fitted black dress with tamed hair and a perfect red lip? “I feel like Italian women in general are more over the top than French women,” says Australian stylist Jess Pecoraro, who works with models Jesinta Franklin and Georgia Fowler and helped beauty entrepreneur Zoë Foster Blake with her daring Logies look. “Let’s just say it’s a bit more about being perfect at all times. People play with colour and they’re quite out-there. The French are about being a bit more natural.”

With family from Sicily, Pecoraro relates to Italian excess and married her husband, Steven Monaco, on the southern island wearing a fitted white gown by Steven Khalil, before changing into a fringed top and Dion Lee pants to dance the night away.

“In Italy, everything is thought out, from the jewellery to the make-up; it’s very much about having an overall look,” Pecoraro says. “In Australia, I rarely wear earrings. But in Italy, I wouldn’t think about not wearing them to complete the look.”

The commitment to top-to-toe dressing comes through in the textural and tonal symphonies of Giorgio Armani’s tailored designs, Donatella Versace’s controlled riot of colour and pattern and Valentino’s searing pink ensembles and crimson red gowns.

“Don’t forget Dolce & Gabbana,” Pecoraro adds. The label’s signature corset-style dresses, high-waisted briefs and generous use of animal prints offer the deceptive promise of turning all women into Sophia Loren. “It’s about la bella figura and showing off. Italian women are sexy and confident at every size, which is fantastic to see.”

“She’s my absolute favourite,” Pecoraro says. “Everything is over the top but still polished and classy.”

“When my wonderful Nonna visits Australia, she is horrified by people walking about in thongs,” Pecoraro says. “As a result, you will never see me wearing activewear back in Italy. You have to keep Nonna happy.“ 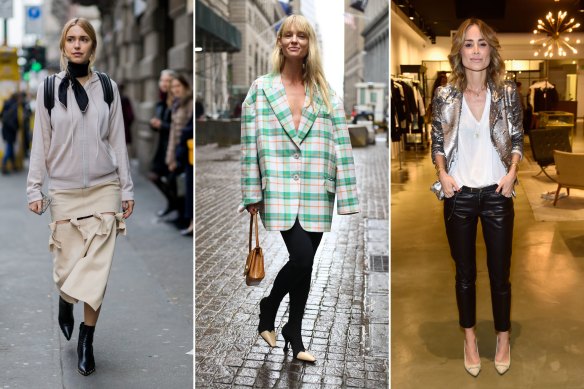 When it comes to European fashion capitals, Copenhagen is a more recent addition to Danish glory than the arrival of Princess Mary at Amalienborg Palace. Like style stealth bombers, guests at Copenhagen Fashion Week have impressed fashion followers around the world with bold colour combinations, vintage silhouettes and an attainable approach to dressing.

“People are drawn to Scandinavian style because it is very authentic, and I think comfort is an important factor as well,” says Charlotte Lynggaard, creative director of the Danish jewellery brand Ole Lynggaard.

“With your home, your clothes, your jewellery: you must feel comfortable.

The pieces you own should feel natural and reflect your personality. “Scandinavian style can be minimalistic and that gives a sense of calmness and peace of mind, I think. In addition to that, it celebrates creativity and a touch of bohème.”

The minimalism comes through in the pared-back palette of Cecilie Bahnsen’s oversized dresses, while Ganni has the bohemian side of things covered with leopard-print smocks, metallic-green gowns and rainbow-bright knitwear.

“There are no rules,” Lynggaard says. “I have an impression that Danish women are dressing how they want to. I see so many women who are very creative and good at mixing new pieces, old pieces and vintage pieces. Follow your intuition and do not be afraid of aesthetic experiments.”

Lynggaard’s jewellery is popular with many of Denmark’s bettter-known style leaders, including Princess Mary, who wore the designer’s “Midnight” tiara for the wedding of Princess Madeleine of Sweden and Christopher O’Neill in 2013, and supermodel Helena Christensen, who appeared in the company’s advertising campaigns.

Among the new generation of influencers are Pernille Teisbaek, who effortlessly mixes grey jeans with a buttoned Chanel cardigan as a top, and designer Jeanette Madsen.

“It’s versatile,” Lynggaard says of Danish style. “It’s about being comfortable but finding ways of making it chic at the same time.”

The essentials: Anything goes. A statement knitted vest, bright jeans and fringed jacket have you covered. Who cares if they match?