GETTING sick of being stuck inside? Time to escape by sinking your teeth into a great read.

Today, bestselling author Adele Parks shares an exclusive story of the dark secrets in suburbia. Read on to find out what nosy neighbour Anna uncovers when she takes too much interest in a new resident on her street . . . 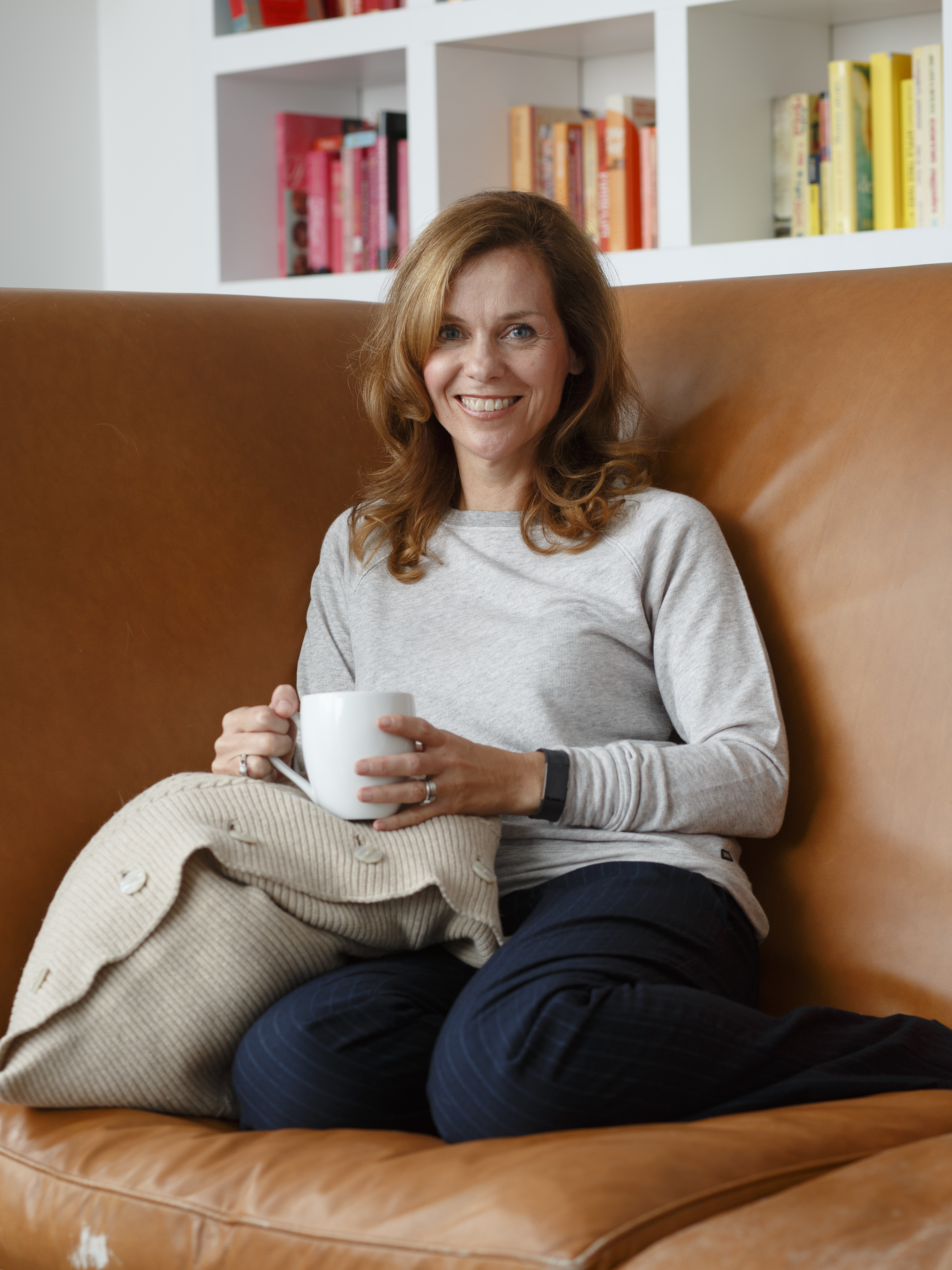 ANNA pulled her chair near to the window. She planned to spend the whole afternoon ­watching her new neighbour move in next door. Nigel, Anna’s husband, often grumbled about her sitting near the window. He said she was nosy. She preferred to be called interested or responsible.

Anna felt responsible for the safety of the street. Last winter there had been a break-in at No16. A TV and a computer were stolen. Disgraceful! The police knocked at everyone’s door. Anna was disappointed that she had been at her sister’s house at the time. If she had been home, she might have been a witness.

Anna did not want to miss an opportunity like that again and so had not visited her sister since. She spent a lot of time in the large, comfortable chair that just happened to give a great view of the street. Anna knew a lot about the comings and goings on her street.

The young couple at No4 were lazy. They were always the last to take in their empty bins after the rubbish had been collected. Bin day was on a Tuesday. Sometimes their bins were still on the path on Thursday! They made the street look untidy. 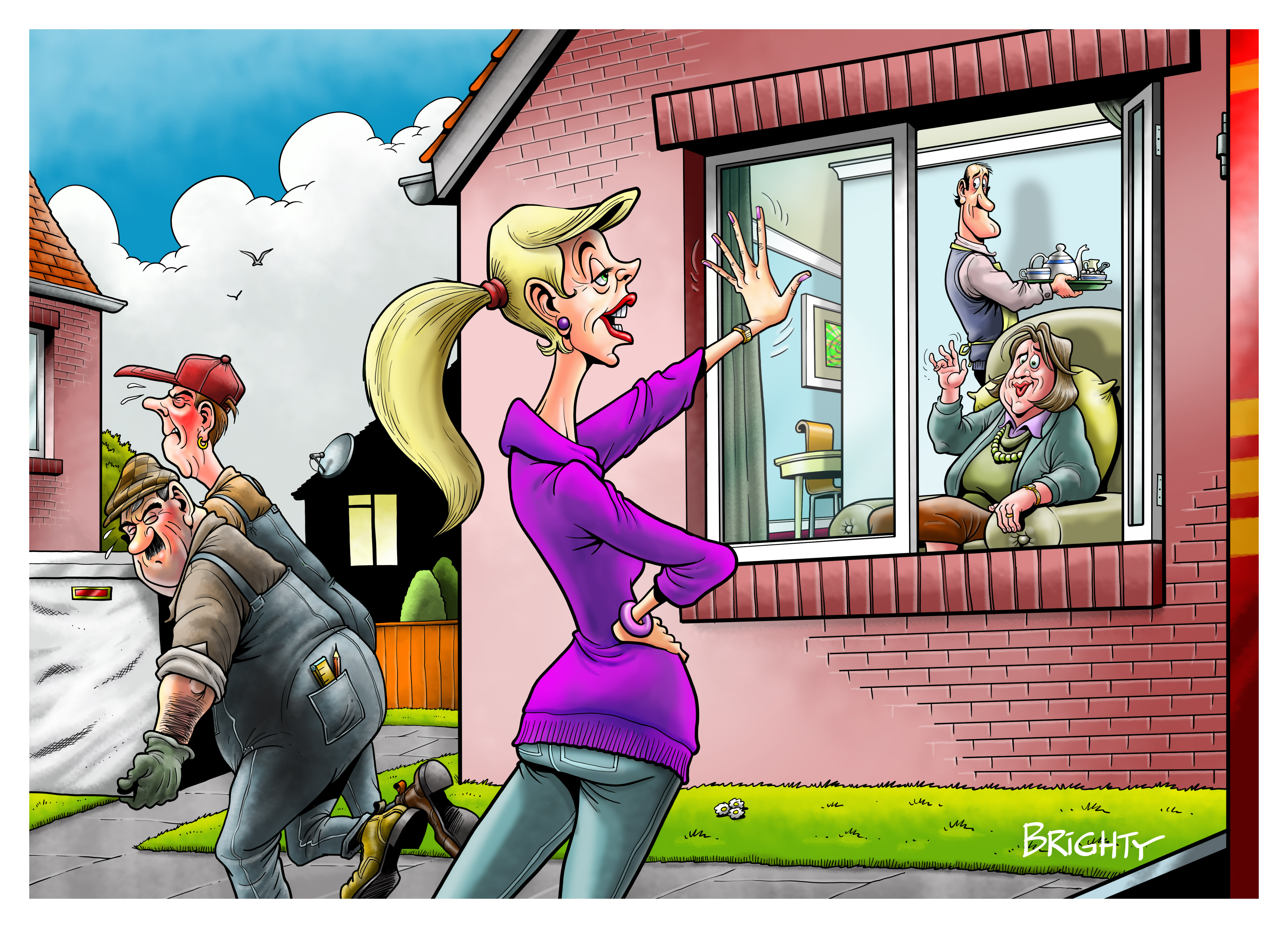 Anna lived in the sort of street where most people repainted their fences every couple of years. The best neighbours clipped their hedges, cut their grass and washed their cars regularly. They took pride in their homes. Nigel said they were snobs, too concerned with appearances. He wished they would take more time to stop for a chat. Anna did not agree.

Her neighbours were the right sort. The street was a good one. Everything was neat, clean and proper. She liked that. Anna wanted to check the new neighbour was also the right sort. She had heard from Judy, who lived at No5, that the lady moving in was divorced and had no children.

Judy commented that the big house seemed far too much for one person. A bit flash. Judy said she didn’t trust single women. “They always have an eye on your husband.” Anna did not agree with Judy. She rarely did since Judy had put a Sky dish on her roof. It was so ugly!

Anna would have preferred it if all her neighbours listened to the radio, particularly the news. Nigel was always around at Judy’s house. Supposedly to watch the football with Judy’s husband. Anna had her doubts. She didn’t think divorcees were the ones to watch when it came to seducing husbands. She thought it was women with Sky Sports.

The two women used to be friends but were a bit cool with one another now. Nigel said Anna had to stop falling out with all the neighbours. Anna didn’t know what he was talking about. She hadn’t fallen out with all the neighbours. The old bloke at No9 was unreasonable. Anna had not really shouted at his grandson who visited every Sunday. She had simply asked him not to kick his ball up against the fence over and over again.

Sunday should be a peaceful day. True she had called the boy a pest. People were so sensitive! “Kids have to play somewhere, you know,” the grandad had argued. “You have said in the past that you don’t like him playing on the green. I don’t. There is a sign that says NO BALL GAMES. Only because you put it there.”

Perhaps it was a good thing someone new was moving into the street. Anna could do with a new friend. She really hoped this neighbour was suitable. Anna watched as the removal men carried furniture off the lorry. It was classy stuff. The men trailed backwards and forwards with an endless stream of tables, chairs, sofas.

Some of it looked brand new. The only thing that looked a bit scruffy and battered was an old-fashioned chest freezer. It took four men to lift it. Her new neighbour must be a good cook. In Anna’s experience only good cooks bothered with big freezers. Most people depended on convenience food. 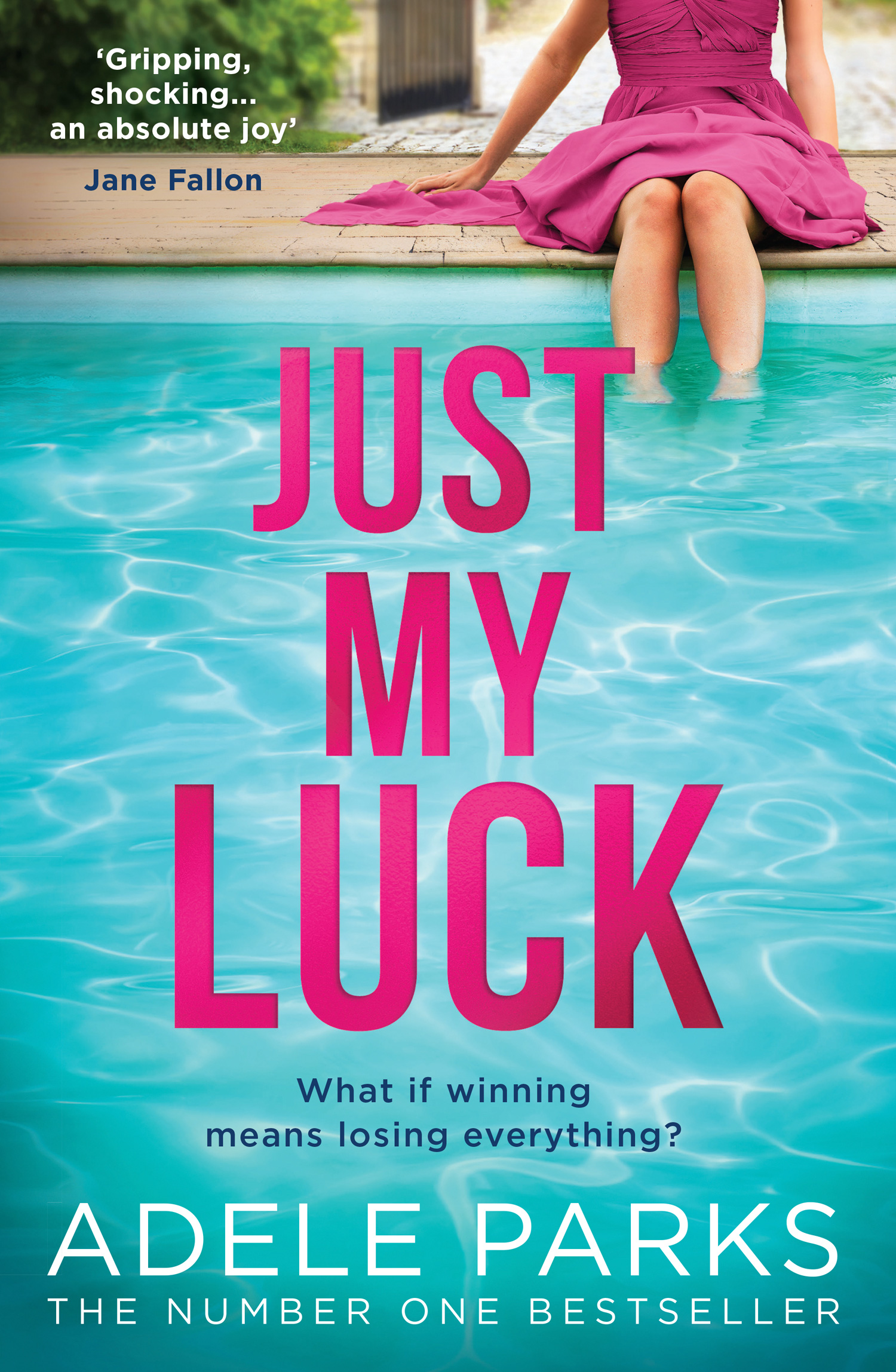 Anna was excited to think she and her neighbour could swap recipes. Anna had the window open. It was quite a cool day. Nigel said he was going to Judy’s to watch football. “I’ll freeze if I stay here. Can’t you close the window? No, I like the fresh air. Really? I’d say you like listening in to private conversations.”

Because the window was open Anna heard one of the removal men grumble. “This weighs a tonne! I think it’s still full.” He was red in the face, huffing and puffing. A second removal man tried to open the lid. “There’s a padlock on it,” he com-mented. “She probably thinks we’re going to pinch her lamb chops,” laughed another man.

It was at this point that Anna caught her first glimpse of the new neighbour. A tall, elegant, blonde woman suddenly appeared from nowhere. She was a vision of loveliness, as Anna’s mother might say. She was wearing white jeans, a blue jumper and trendy trainers. Not flash but certainly stylish and expensive-looking. She was all smiles and apologies.

“Oh, sorry chaps, silly me. What a pain for you. Just put this in the garage. That’s not too far.” The woman then seemed to sense Anna was watching her because she suddenly looked right in the window and waved. Anna wanted to duck but it was too late, she’d been spotted spying. She gave a small, embarrassed wave back.

The next moment Anna’s doorbell rang. “Hello, I’m your new neighbour. My name is Ellie.” Ellie held out her hand for Anna to shake. Her nails were painted a pretty pale pink. Nothing obvious. “I wondered whether you might fancy a cup of tea. I’m already exhausted. This moving business is such hard work. I’ve unpacked the kettle and tea bags.”

Anna did not need to be asked twice. It was only later that she wondered whether it might have been more polite to offer tea in her own home but she was keen to see inside Ellie’s house. The old neighbour had never invited her in. Ellie had a warm, open way about her. She didn’t hide the fact she was divorced.

“I’ve done very well out of the divorce. I suppose he had a very guilty conscience,” Ellie admitted. “It has been awful. Really awful.” Anna leaned closer to her new friend, hoping she would give details but Ellie just sighed, looked down and sniffed.

Anna had to admire Ellie’s bravery and tact. It was clear that Ellie had suffered but she was not one for name-calling or gossip. “All I can say is the man must be a fool to have cheated on you,” Anna commented. Ellie hadn’t said her ex-husband had cheated but it was a good guess. Ellie smiled gratefully.

'ANNA WAS A FRUMP'

Anna and Ellie quickly became friends. They were always popping in and out of one another’s homes. They were not an obvious match. Anna had two children, both at university. Ellie didn’t have any kids. Ellie was also glamorous, Anna was not. Anna did not diet, wear fashionable clothes nor dye her hair like Ellie did. Basically, Anna was a frump.

But Ellie seemed to see past that. She respected Anna. Took her advice and recommendations as Anna knew everyone in the street so well. “Mostly, they are good sorts but you should watch out for Mr Willis at No9. He has a temper. And the couple at No4 are lazy. Judy at No5 has let the street down by getting a satellite dish. They are unsightly.”

That was another good thing about Ellie, she kept her place very smart. In fact, her home improvements were non-stop. There was constant painting, plumbing and rewiring. Ellie often asked for Anna’s advice on which colour to choose or if she knew of any reliable tradesmen.

“David at No18 is an electrician. He does a discount for friends but you have to make about a hundred cups of tea so I’m not sure he’s worth the bother,” advised Anna. Ellie obviously had cash to splash. She employed someone to clear the gutters, someone to walk her dog, someone else to come and shampoo the dog. She even had a cleaner.

Privately Anna thought Ellie could probably have managed to clean up after herself as she lived alone, but Ellie said she preferred to spend her spare time in the garden. Indeed, that was the only chore Ellie liked to do on her own. She would not hear of getting a gardener.

She cut the front lawn, she weeded and planted. She dug a vegetable patch in the back garden. She was so keen that she sometimes dug until after dark. It was a very large patch. Anna couldn’t imagine what vegetables she must be planting.

“How can she see what she’s doing?” Nigel asked. "I don’t know. But you have to admire her. If it was anyone else you would be complaining about the noise at this time of night.” As Anna lay in bed, watching the hands on the clock move towards midnight, she worried about poor Ellie gardening so late.

The next day someone took away the empty big chest freezer. Anna began to wonder if Ellie had a secret. Had she thrown a dinner party and failed to invite her? The thought was upsetting! A betrayal! Anna decided to get the subject out in the open.

“I noticed that you have had the freezer taken away. Yes. I don’t need it any more,” Ellie smiled. "How did you manage to eat your way through everything in there? Did you have a party?” Ellie laughed and squeezed her friend’s hand. “I’d never throw a party without inviting you.

“A more likely explanation would be that I killed my ex, chopped him up and put him in the freezer. I’ve buried him now, so I don’t need the freezer.” Anna nearly dropped her tea cup. Then Ellie laughed. “I’m joking! You should have seen your face! As if I could have buried my ex.”

She winked. “You never miss a thing.”

Big-hearted Jason Manford sparks a singalong on a residential street as an 80th birthday present for an elderly neighbour
Source: Read Full Article