A GIRLFRIEND has been left red-faced after her boyfriend celebrated her first fart in front of him by buying her a cake.

Taking to Reddit the bloke’s mate shared a snap of the hilarious sponge baked in honour of the woman’s flatulence. 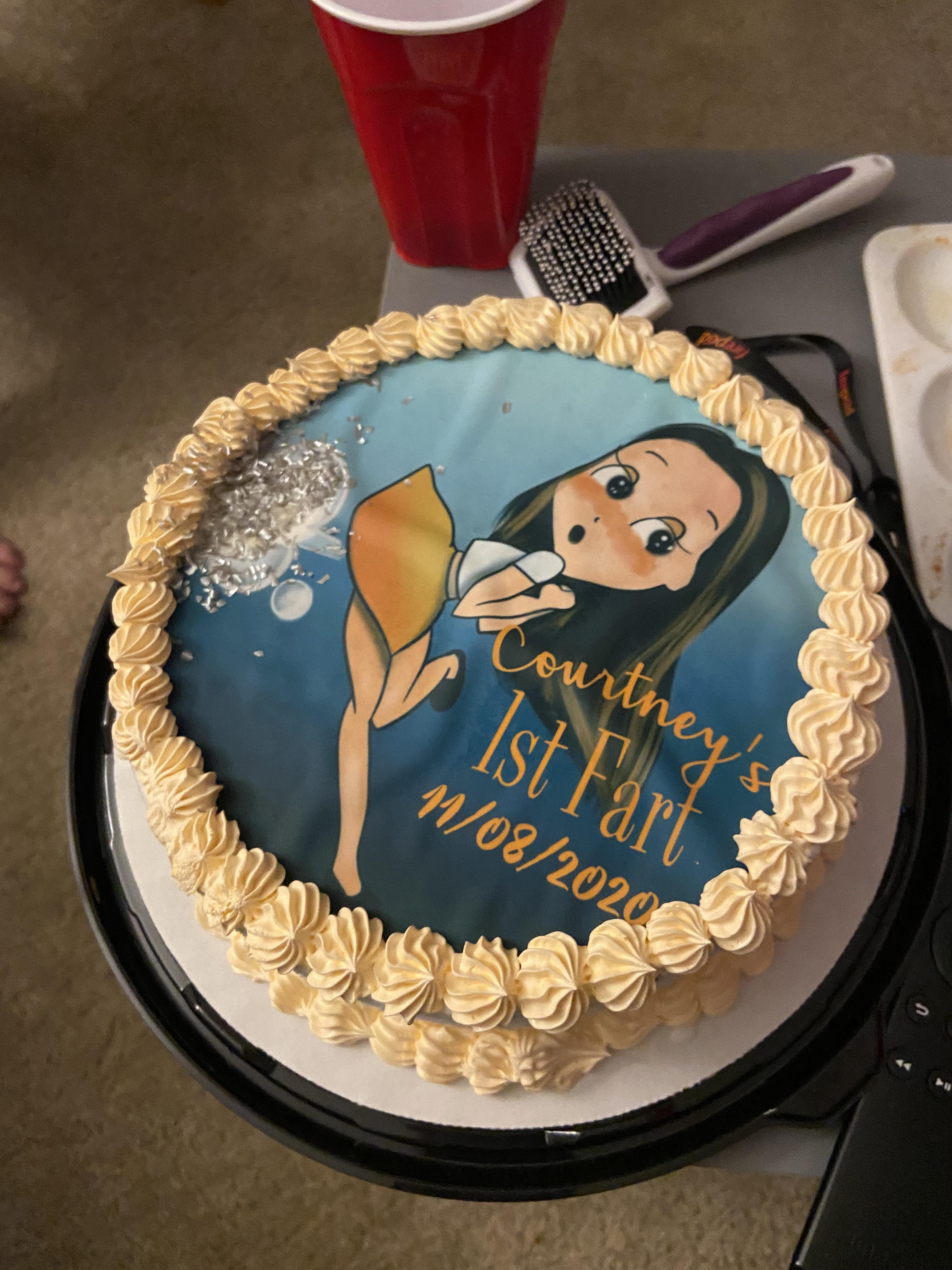 The dessert features an iced cartoon of the girlfriend blowing off accompanied by the words “Courtney’s first fart, 11/08/20.”

Captioning the snap he wrote: “My buddy’s girlfriend farted in front of him for the first time. He got a cake for the occasion.”

Fellow Redditors were left in hysterics over the lad’s cheeky gesture, applauding his idea in the comments.

One wrote: “They're so rare…. Like unicorns. When one appears it's magical!”

A third added: “First of many. Trust me.”

While another confessed: “Married 8 years, been together for 11 years, had two kids in front of my husband and we still don’t fart around each other.”

In other relationship news, this lad also celebrated his girlfriend's first fart by baking her a cake.

You can now buy charcoal-based underwear pads that stop your farts from smelling.

Plus we shared how holding in a fart means you might ‘BREATHE it out your mouth instead’.