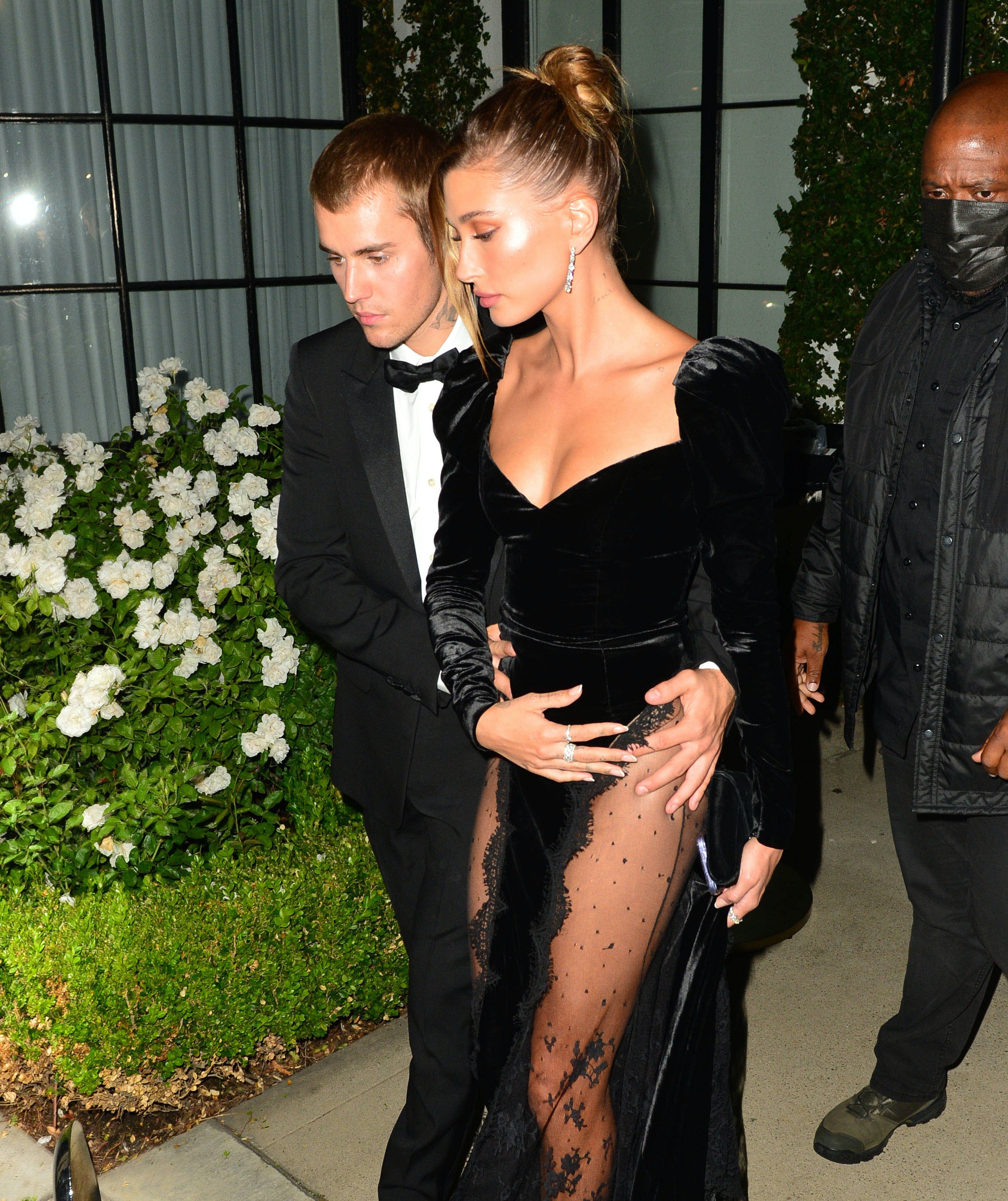 Hailey Bieber is seemingly never not dressed to the absolute nines, but she recently stepped out in an especially resplendent look alongside husband Justin Bieber— indeed, sublime as a couple, but especially striking on their own. The Biebers gussied up for Justin’s Freedom Art Experience event at an art gallery in Los Angeles, following his performance at the SoFi Stadium. He hosted the exhibit, which also included an art auction, but it was the couple’s black-tie outfits that dazzled.

Hailey is wearing a long velvet gown from Alessandra Rich’s Fall/Winter 2021 RTW collection. It features a portrait neckline, accented with puffed sleeves that highlight her facial profile beautifully. But the lace-covered leg slits truly elevate the gown into something spectacular — the exquisite tailoring shows off her supermodel figure, while not overwhelming the overall look with visually heavy velvet. Hailey accessorized with diamond rings and earrings by Tiffany, opting for simple drops to keep the focus on that breathtaking gown. As for Justin, he kept it traditionally formal with a matte black tuxedo and bowtie as he escorted Hailey out of the art gallery.