A red-faced HR worker was mortified to realise she'd left a bottle of her Durex LUBE sitting on the shelf behind her during an important Zoom call with her BOSS.

Nicki Faulkner had a meeting with her manager while working from home earlier this month and 15 minutes in noticed the distinctive pink bottle looming over her shoulder. 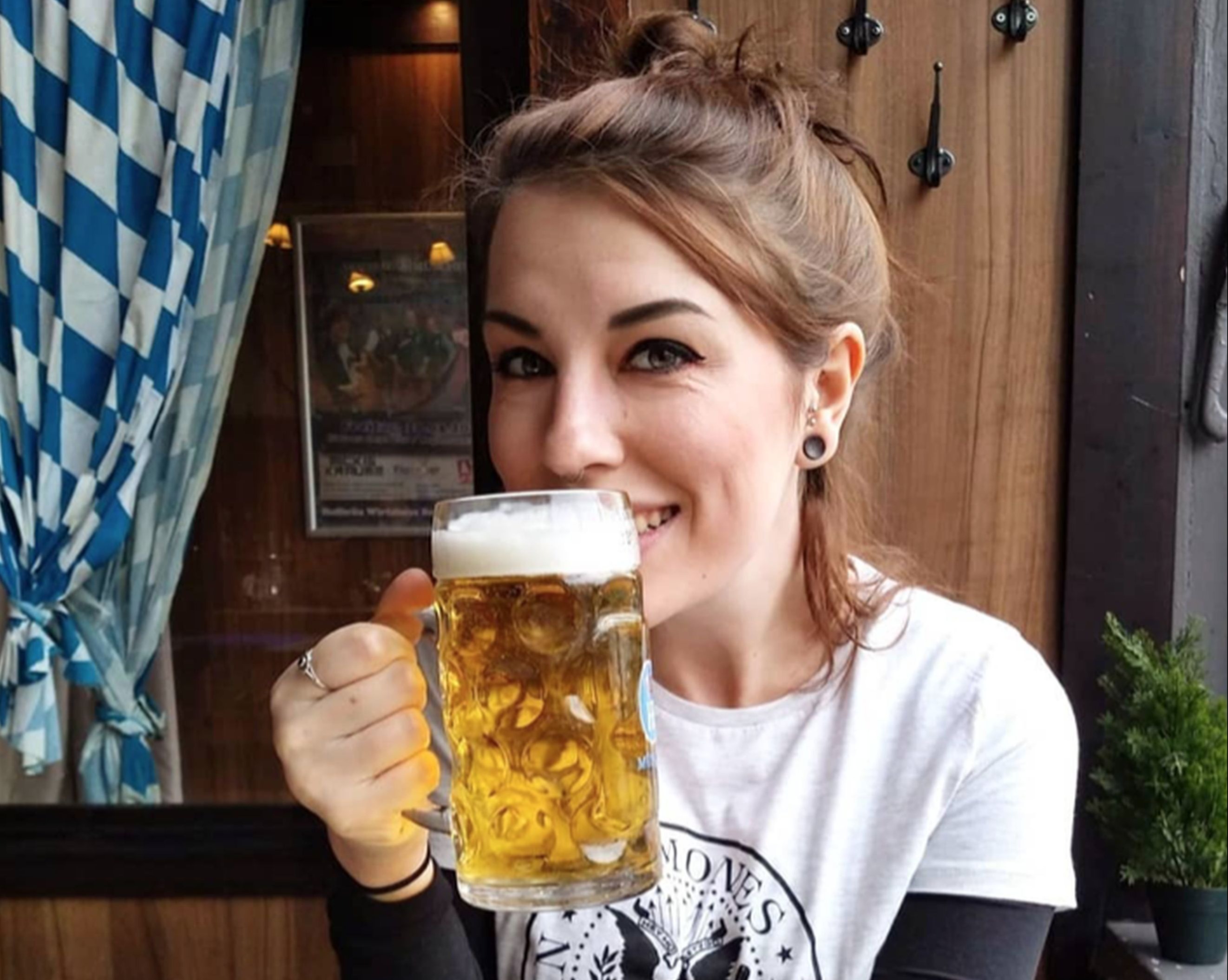 Horrified at the prospect of her boss clocking the sex aid, the 32-year-old sat on edge for 45 minutes continuing the chat as if all was well.

But the engagement and wellbeing specialist admitted she 'died inside' when she realised her mistake but was relieved that it wasn't spoken about.

Nicki, from Hackney, East London, said: "About 15 minutes into the call I clocked the lube on the shelf behind me, it was too late to move it.

"My manager would then know I'd seen it and it would draw more attention to it.

"It's one of those taboos, I died inside a little bit.

"It was the Durex massage lube. It was definitely obvious – what else could it be?

"She knew I was in bed. What else would I have on the shelf behind my bed?

"Next time I'll be doing meetings from the kitchen table. Bed was always going to be a bad idea."

After a full-on week Nicki had decided to work from bed but forgot to move the lube after spending the weekend with her boyfriend.

Nicki said: "I usually work from the office, but that week was particularly stressful so I decided to work from home.

"I knew I had a one-to-one with my manager. I got on my call and was working from bed.

"I didn't know if she noticed it – every now and then I thought she'd seen it.

"She was talking then she'd just pause. I thought she'd seen it but I think we had a bad connection on the Zoom call.

"If she'd seen, she'd probably be as embarrassed to mention it as me.

"I took it to my boyfriend's house and he'd recently come to visit me. I left it on the side and normally I put it in the corner, but I thought I'd just leave it there.

"I didn't call anyone from bed for the rest of the day."

After posting the unfortunate event on social media, Nicki claims her friends all thought it was 'hilarious'.

Nicki said: "I work for a start-up, a big corporate company that adds to how hilarious it is.

"My friends all thought it was hilarious. They think I have a much more serious job than I actually do." 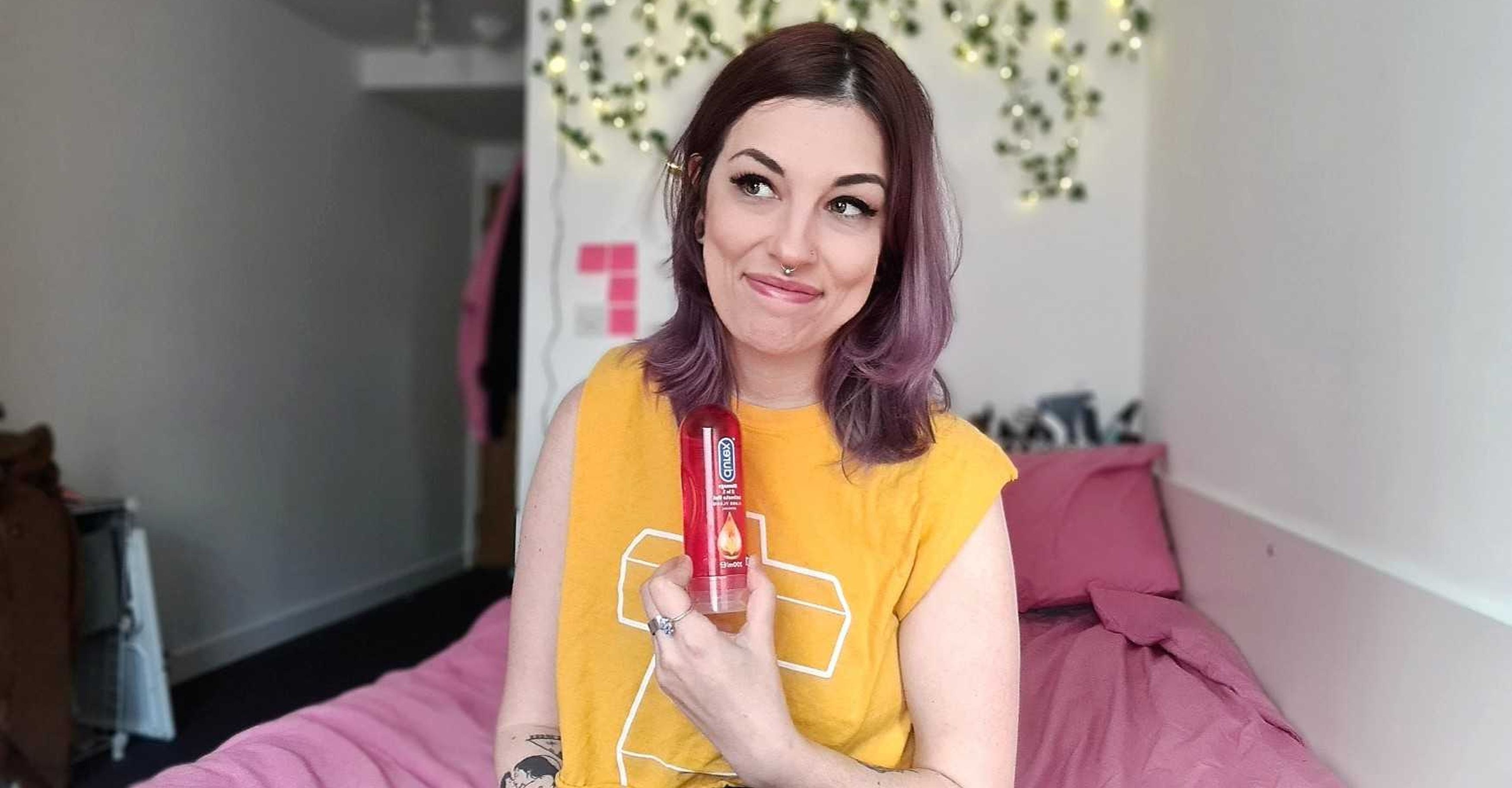 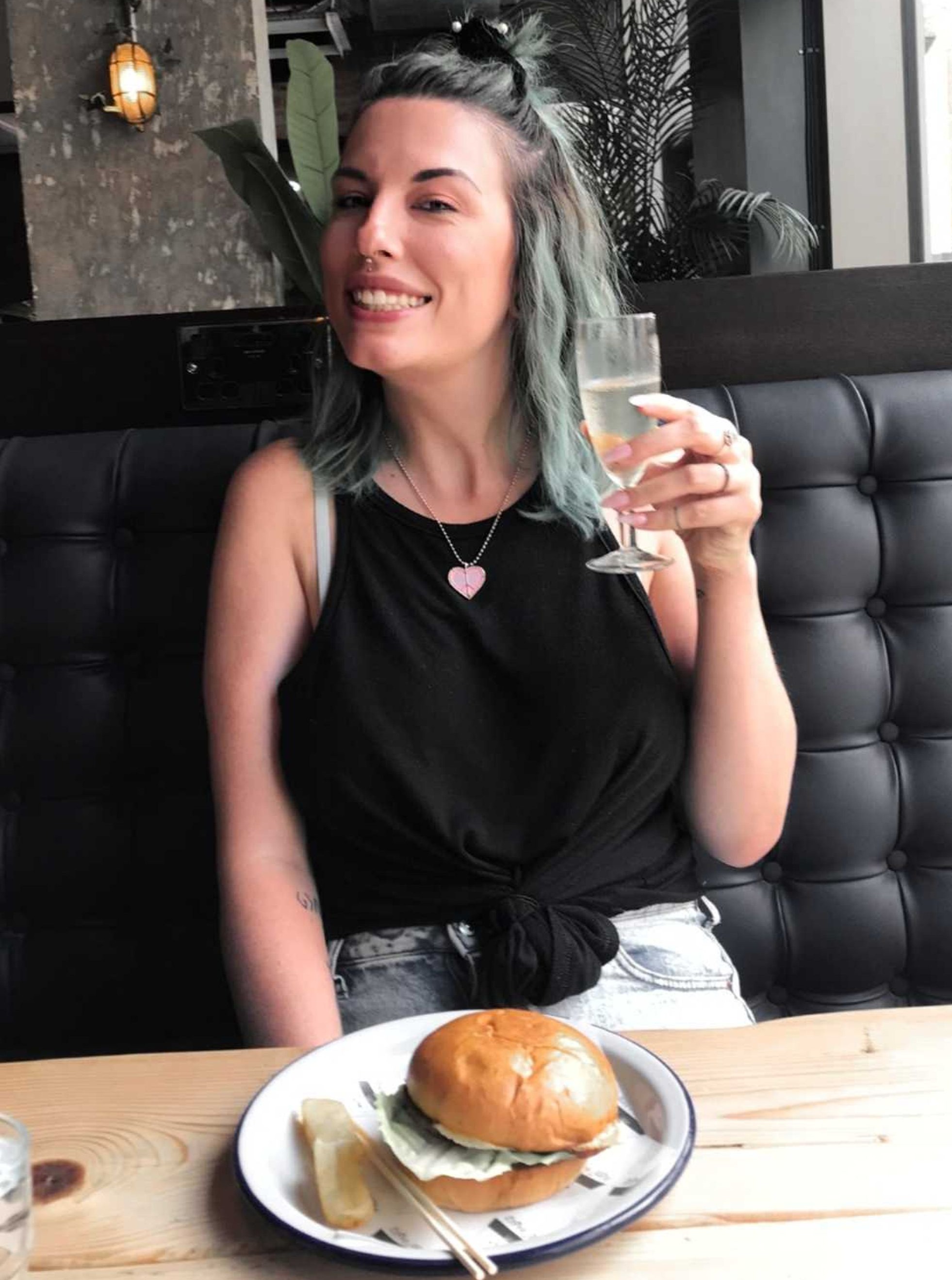 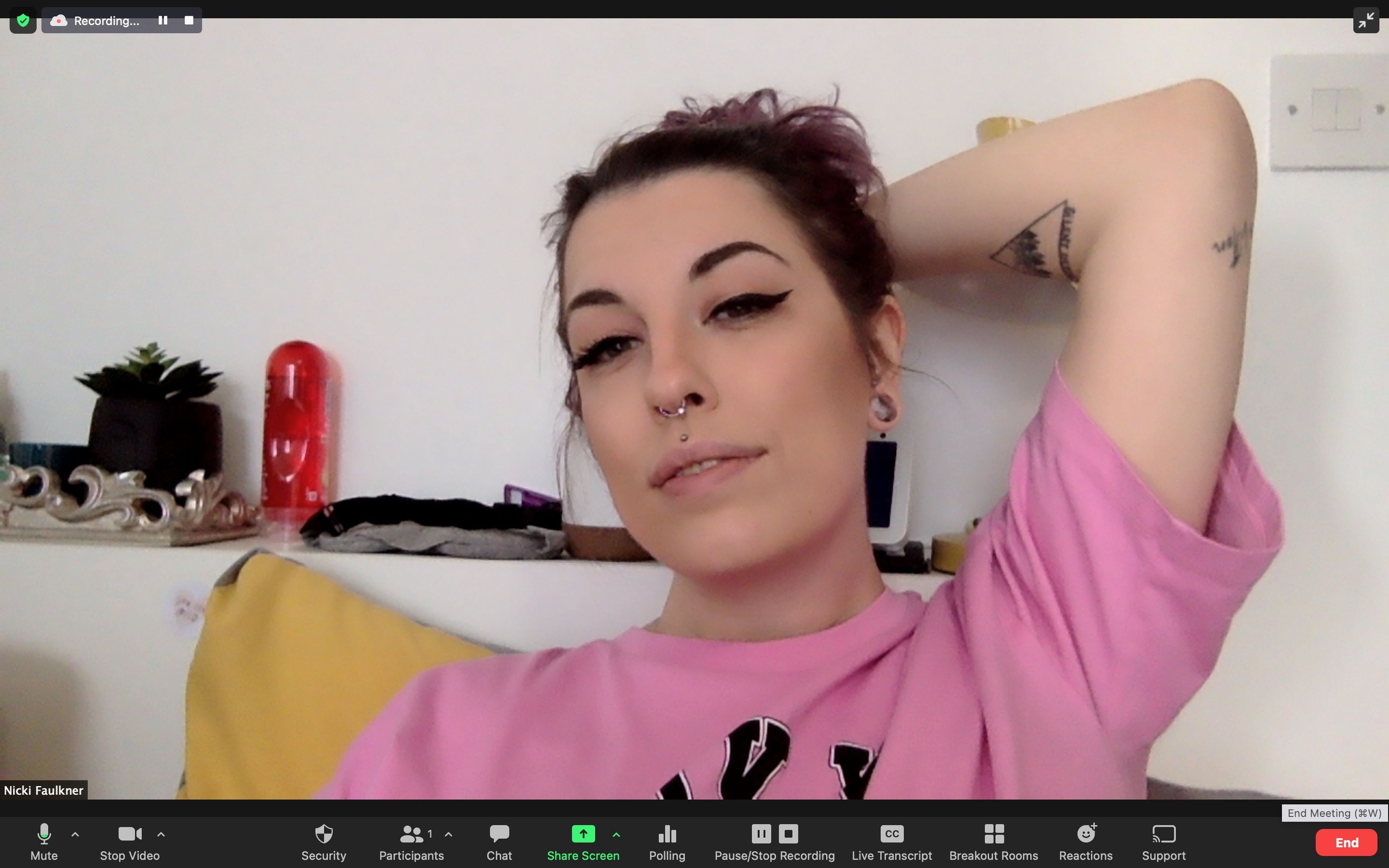 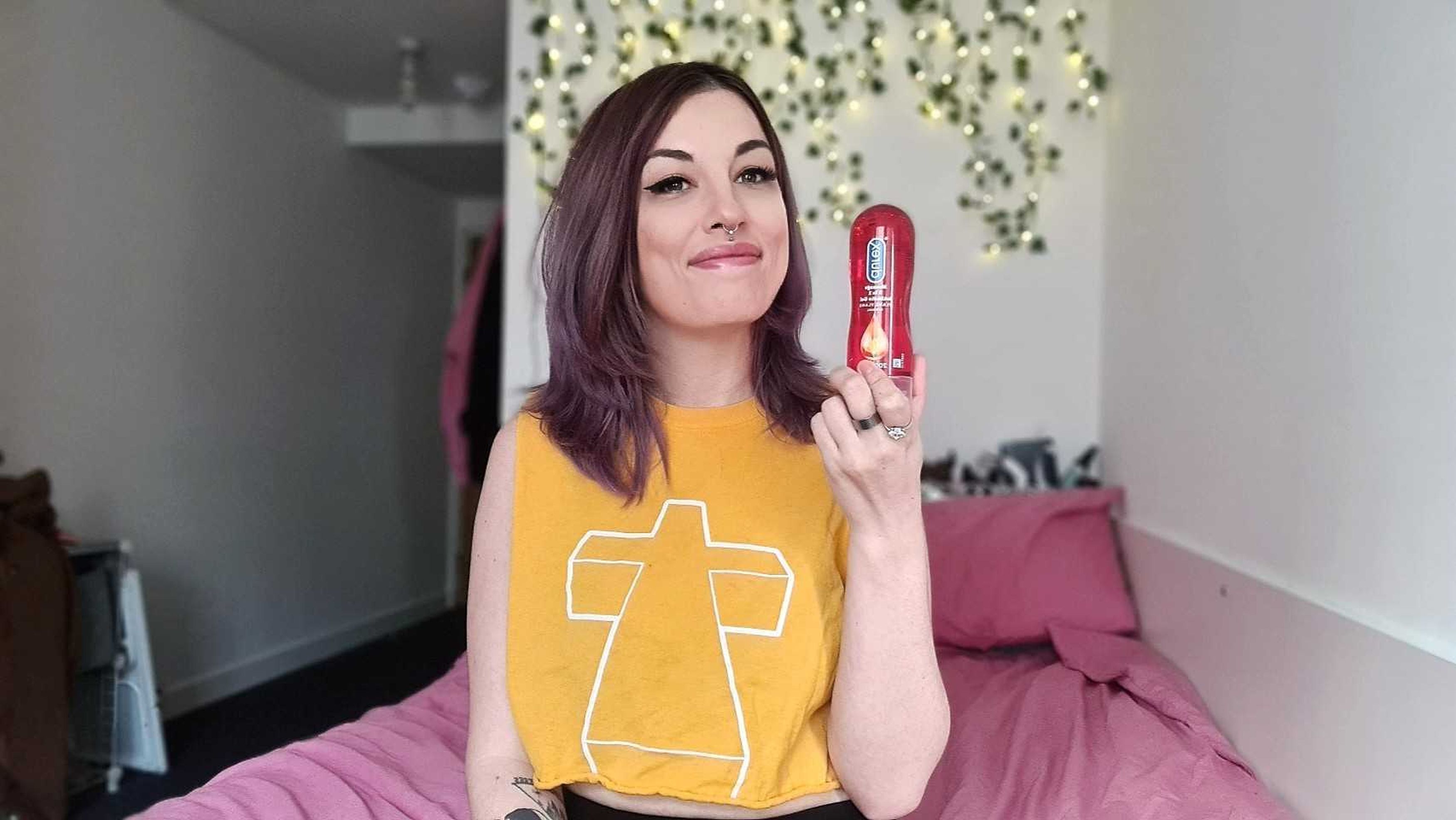 Check out this Mum mortified after daughter, 5, took her Ann Summers lube to school to use as hand sanitiser