Home » Fashion » I couldn't find my mitt when doing fake tan, but had a go anyway… it was massive, and embarrassing, error

I couldn't find my mitt when doing fake tan, but had a go anyway… it was massive, and embarrassing, error

WHEN it comes to fake tanning, there are a few things to remember, one of which is to wear a tanning mitt.

However, one woman learnt it the hard way after she couldn't find hers and resorted to using her hand instead. 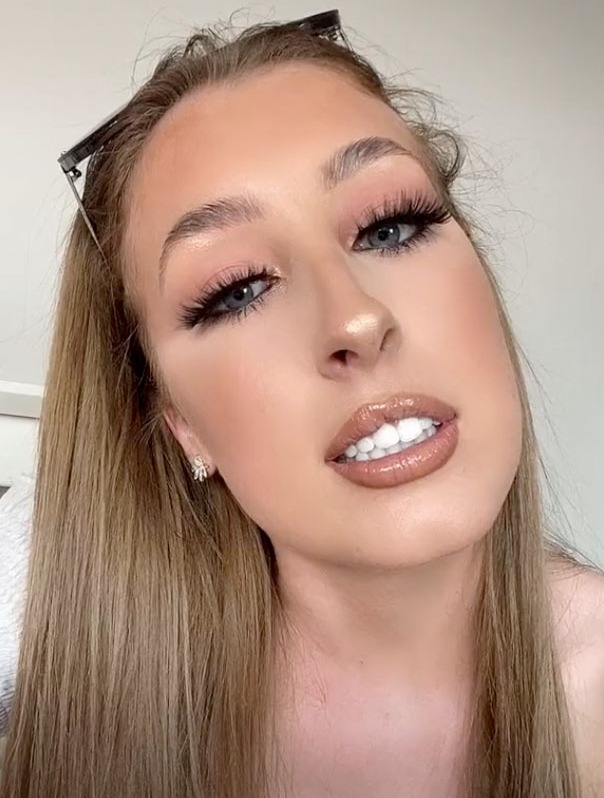 Charley Glennon shared the aftermath on TikTok, where she captioned the video: ''not the best idea.''

According to the owner of The Beauty Bar, the tanning mitt had seemingly disappeared from the face of the Earth, which left her with one option – applying the fake tan with her bare hands.

It also appears that she didn't attempt to rinse it off afterwards because once she had left the tan to develop overnight, she woke up to her palms multiple shades darker.

''i don’t wanna comment on the situation,'' she told fellow TikTokers.

''the way i gasped omg,'' another user seemed to be shocked.

Someone else said: ''girl got cremated and still is alive.''

Some suggested other ideas, like using a sock if she ever were to find herself in a similar situation.

However, according to Charley, she had tried it once but to no avail: ''girl it didn’t look much better.''

Another viewer shared their trick: ''Salt and shampoo will take it right off.''

One user appeared to have seen the video just in time: ''Oh my god I was just about to do that but now it’s a no.''

On the topic of messy hands, woman shares easy way she gets rid of ‘fake tan palm’ – and it takes virtually no scrubbing.

Plus, fake tan fanatic shares simple product which stops her sheets getting messy and people are rushing to buy one.

And while we're on the topic of fake tan, learn how to achieve that perfect glow for under £10. 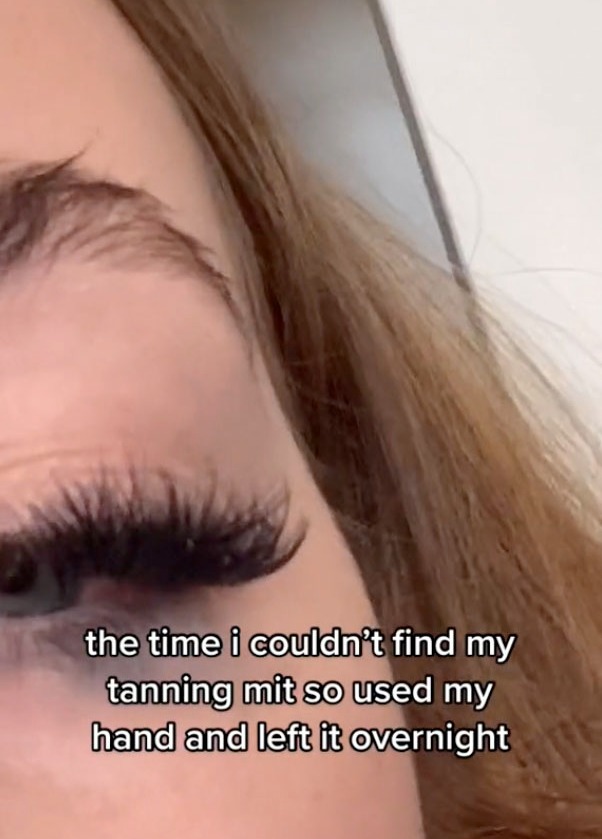 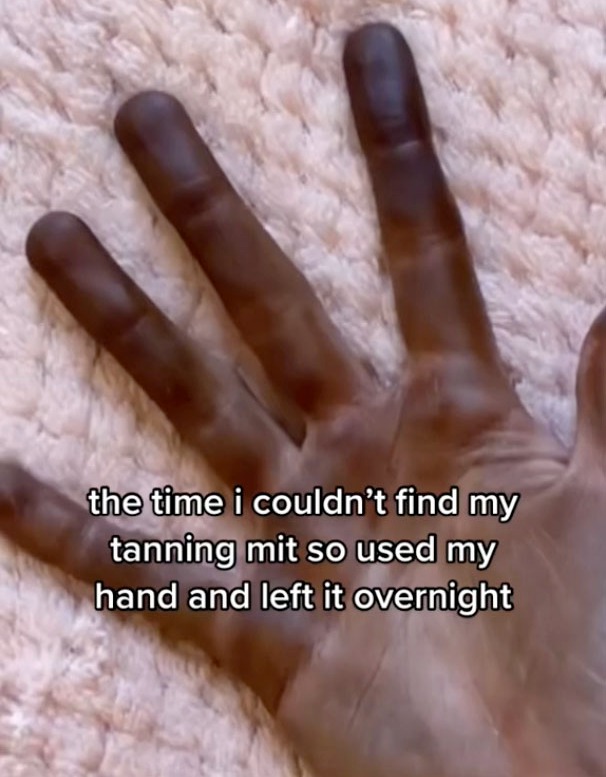