A MUM-of-three decided she was done having children so donated her womb to a woman who desperately wanted to have a baby.

Heather Bankos, from Pennsylvania, USA, was married with three kids, Nathan, eight, Matthew, six, and Ellie, three, and after three healthy pregnancies and an “amazing” time being pregnant, she wanted to give another woman that experience. 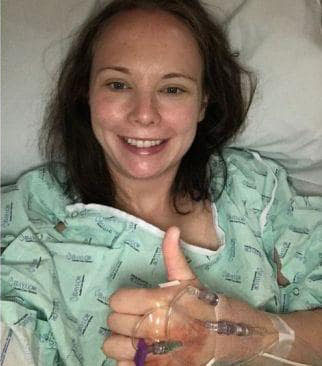 She told Whimn: “It’s heartbreaking to see women struggle with something that came so easily for me.”

After reading about uterine transplants, Heather, 31, decided that her family was complete and she wanted to help another woman become a mum.

Womb Transplant UK states one in 5,000 women in the UK are born without a womb, and pioneering surgery around the world is allowing women to donate their uterus.

Heather chatted to her husband, Brendan, who initially thought she “sounded crazy” for wanting to do it. 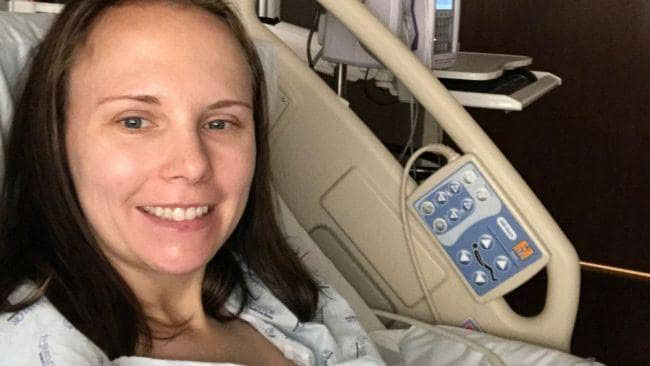 But after telling her children, Heather says they were supportive and her eldest, Nathan, thought it was a “cool” idea.

She got in touch with the Baylor University Medical Center in Dallas, which launched clinical trials in 2016.

According to Dr Liza Johannesson, gynecologic surgeon and medical director of uterus transplants, 18 women have received transplants so far.

Heather flew to Texas and passed a series of medical and psychological tests, and was approved to become a donor. 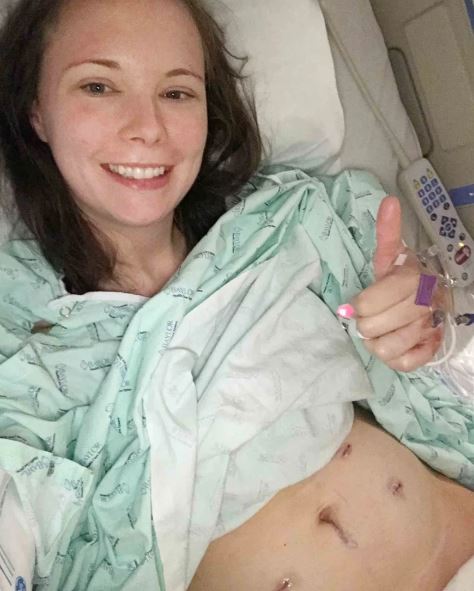 After 11 hours in surgery, her fallopian tubes, uterus and all the blood vessels supplying it, and part of the cervix were removed – although the fallopian tubes weren’t transplanted.

She kept her ovaries so she didn’t go into early menopause.

Heather suffered some complications post-surgery including a swollen kidney, but says she cried “tears of joy” after receiving a card from the donor, which made it all worth it.

She said it made her “feel good” about her decision, adding: “It really reinforced the fact that it was something I was meant to do to help someone else.”

On her road to recovery, she said she’s experienced cramps, almost as if her body knows something is missing.

After her 12 weeks of recovery, Heather says she would do it again in a heartbeat.

She said it was “overall positive”, adding that being a mum was one of the most “amazing and fulfilling” experiences.

Heather said: “From pregnancy to birth to watching your baby become a person, there’s really no way to describe how amazing it truly is.

“I’m so happy I’ve been able to help another woman experience that.”

How does a uterine transplant work?

The first step is finding a donor who matches, which is sometimes a family member but can be a stranger.

Normally recipients have their own ovaries and eggs, but are just missing a womb, otherwise known as the uterus.

For the recipient, they must undergo IVF first, where eggs are extracted and mixed with sperm and then frozen for later.

The surgery on both the donor and recipient takes around five hours, and similar to a hysterectomy.

Donors keep their eggs so they don’t go into early menopause, and the usually keep their fallopian tubes as well.

After surgery, recipients must wait to see if their body rejects the new uterus.

If all goes well, they should experience periods for the first time.

Then the frozen embryos are implants into the womb – as the woman can’t release eggs as the fallopian tubes aren’t connected to it.

If all goes well the recipient will have a healthy baby, but they must be born via C-section as the new uterus doesn’t have any nerve connections needed for labour.

Dr Johannesson told NPR: “When it comes to the donor surgery, probably a little bit more complicated than a simple hysterectomy

“So the actual success is one and a half years down the line. That's very rare in transplants.”

Meanwhile this photo of a mum in agony moments after giving birth hits a nerve with parents.

Plus here are the most popular baby names of 2019 so far.

And it seems more couples than ever before are snubbing marriage– here’s why.