KEEPING up with the Kardashians means occasionally wearing some of the pieces from their clothing lines.

The SKIMS dress by Kim Kardashian that has become quite popular on social media doesn’t suit every single body type, unfortunately. 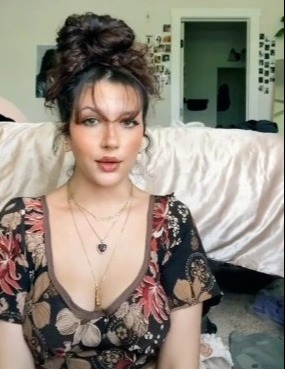 TikToker and fashionista Alèxia Braga posted a video unveiling what the viral SKIMS dress looks like on her.

The text block on her video says: “So, I got the SKIMS dress everyone’s been talking about…"

The $68 SKIMS dress is available in multiple colors including black, white, and tan – and Alèxia ordered hers in tan.

She backs up in front of the camera to show off how to dress hugs every curve of her body, including her middle section. 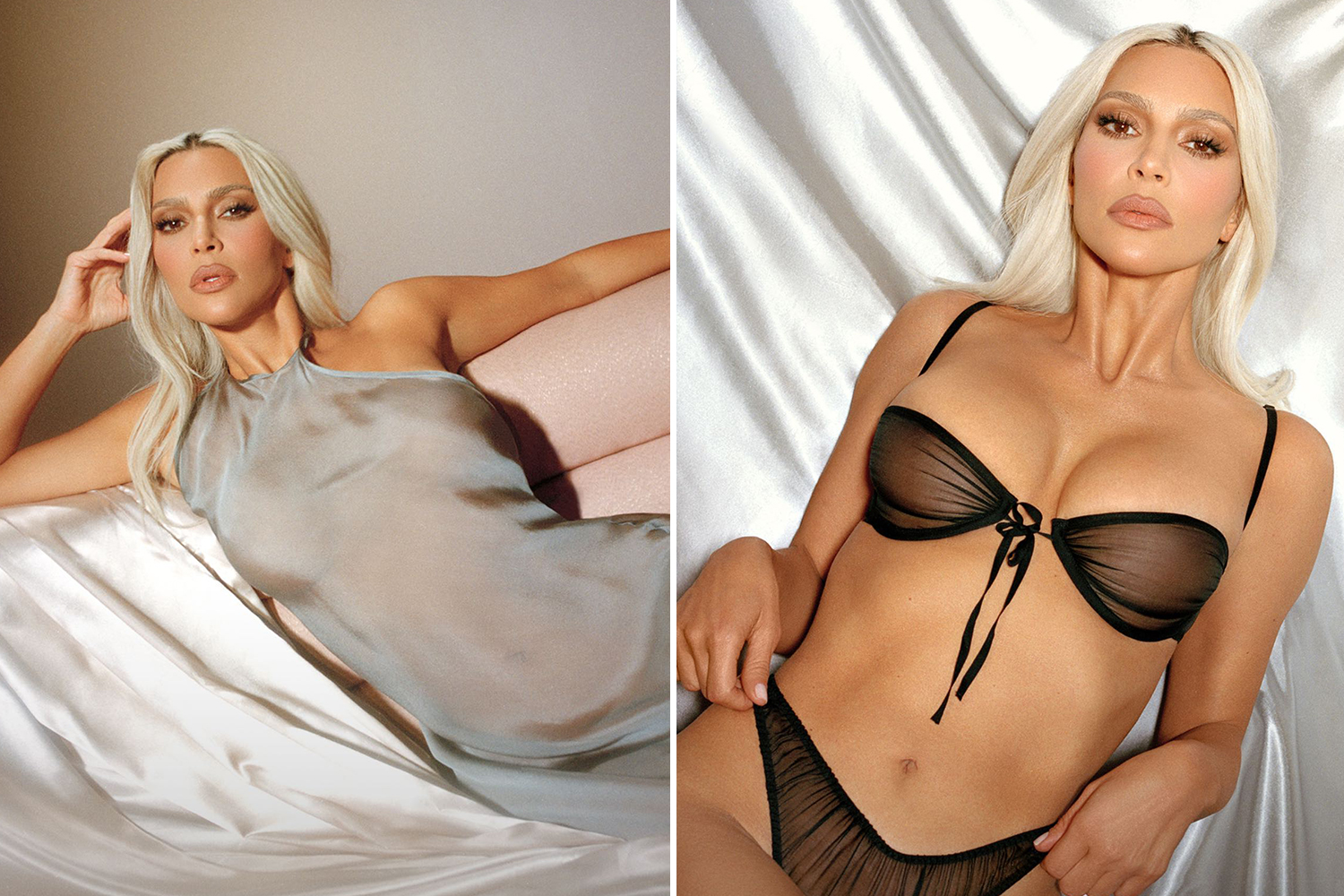 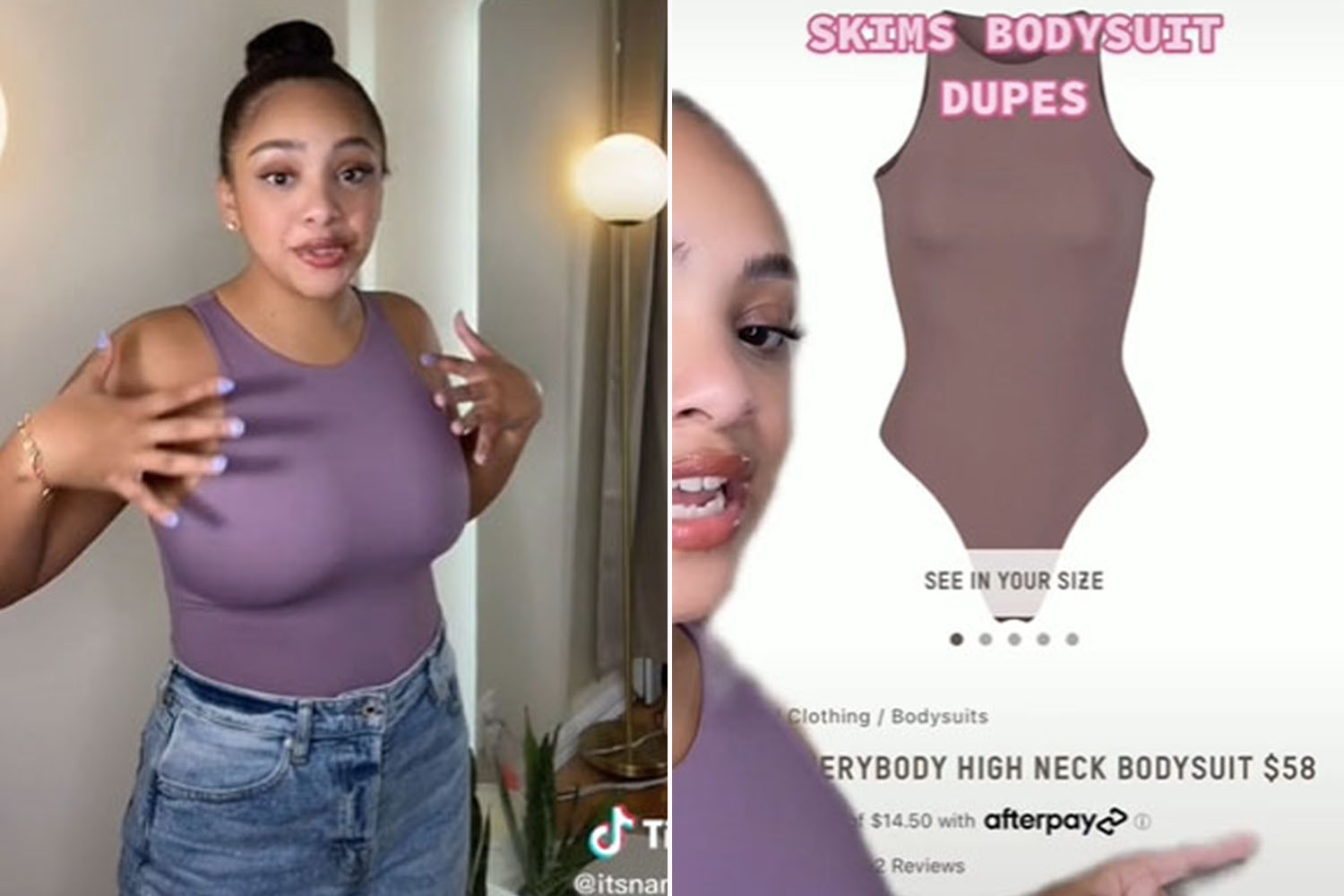 Her text block continues: “This was supposed to be a sexy reveal, but I hate the way my body looks.”

The caption on her video also says: “I was so excited to get this, and I just started crying when I tried it on."

Fortunately for Alèxia, her comment section is filled with positive people who have nothing but kind words for her.

One person wrote: “Your hip dips carried the dress!"

Another person who can relate to Alèxia‘s physical stature wrote: “This was the first time I’ve ever seen my body type." 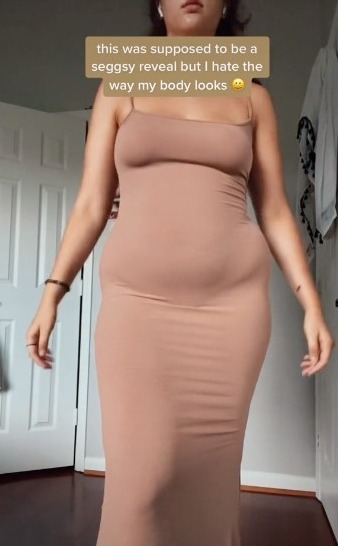 Another person added: “This is actually the first time I’ve seen someone with hip dips like mine. They’re so pretty on you.”

A fourth person chimed in saying: “I have them too. You look so good, I promise. I know this won’t change your opinion on them, but I’m just saying that you look great."

There are several other pieces of true shapewear available on the site though.