WHEN Rebecca's little boy goes to bed, he doesn't have his mummy to tuck him up or give him a kiss goodnight.

For when he was less than two years old, his mum told her boyfriend she was going to her brother's wedding – and never came back. 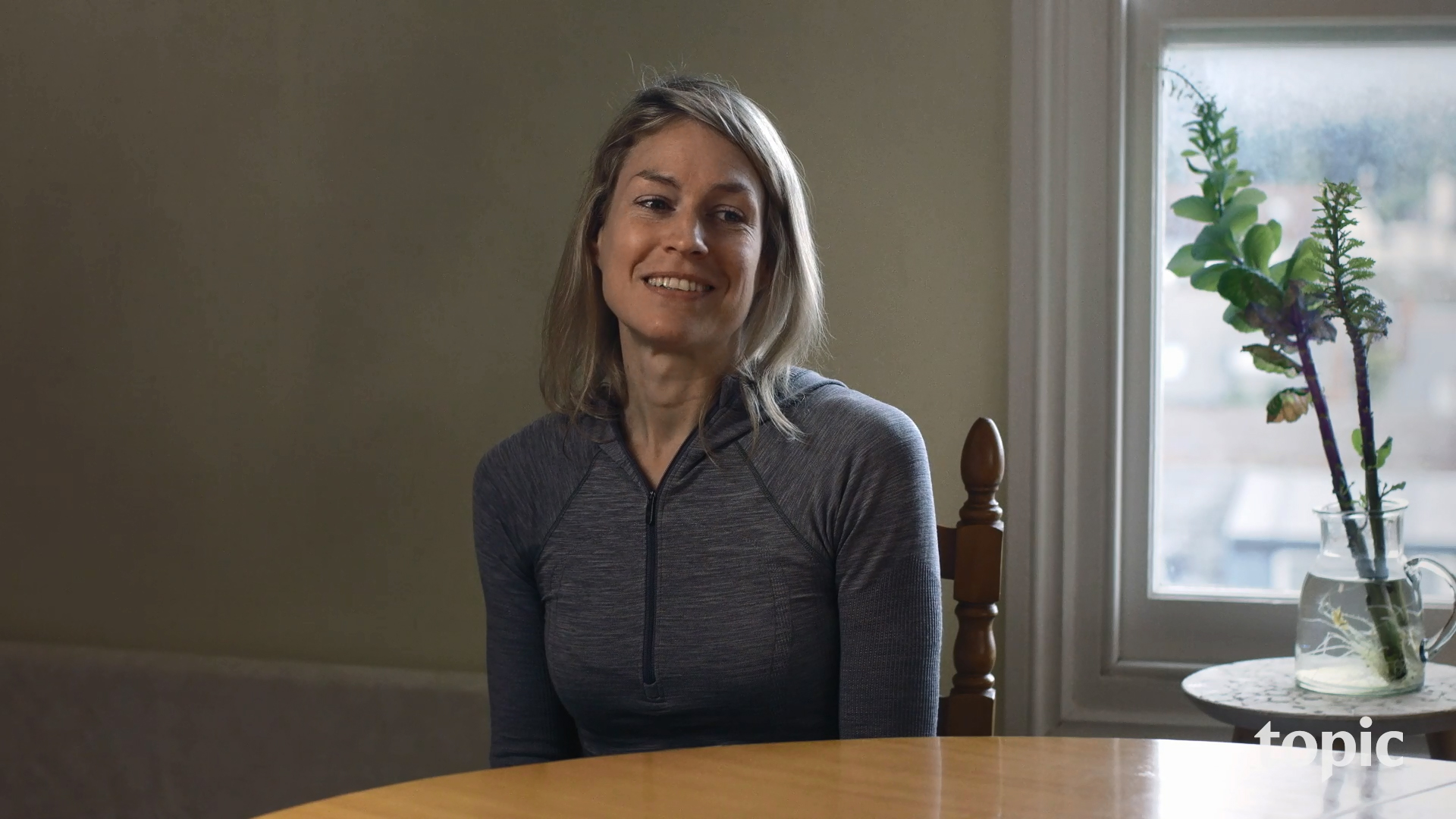 She is one of a number of women who have done the unthinkable: given up custody of her child.

While there are 1.8m single parents in the UK, just 10 per cent of these are men.

Non-custodial mothers are simply not the norm and a mother giving up her children is even in 2019 regarded by society as horrifying.

And yet, these women do exist and, as a new film The Last Taboo reveals, often have heartbreaking  reasons for not living with their children.

Leaving my baby was the right thing to do

While all new mothers find the first few weeks of their baby's life a bit of a shock to the system, Rebecca said she knew straight away that being a mother wasn't for her.

“I heard this baby crying and I thought, ‘this is my baby and this is the rest of my life and I thought. Oh god,” she says.

Rebecca, 23 , from South London had moved to Tallinn in Estonia, where her partner was from.

She hoped to build a home together there but it wasn't that simple.

After her son was born, it was a huge shock. 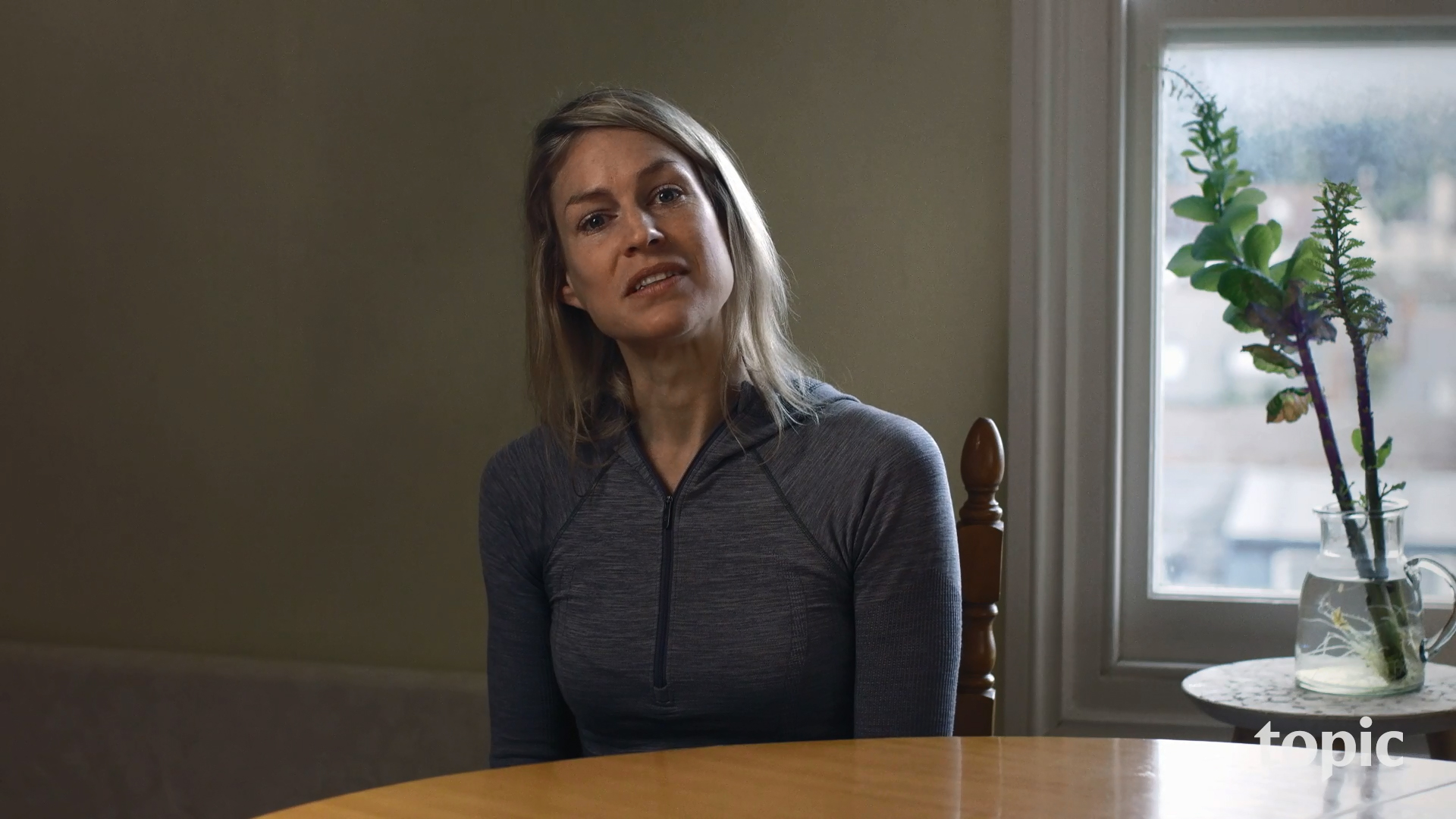 Rebecca talks about the pressure of having to appear like the perfect happy mother when inside she felt far from it.

"When my son was weeks old I wanted to get out massively,” she explains.

“I felt like a caged bird. I didn’t tell anyone what was going on or how unhappy I was. It was weird for a mother with her tiny baby to be so miserable and unhappy.

"It’s easier to appear to be what the world wants you to be – to appear that everything was great and motherhood was a breeze.”

Two years after she’d moved to Tallinn, her brother announced he was getting married and she knew this was her way out.

“I just didn’t have the strength to bring my son back with me and look after him and raise him by myself,” she explains.

“In this situation, it was the right thing to do. I remember getting in the taxi and saying goodbye to my 23 month old baby son and I was OK and I was waving goodbye."

She never returned to live in Tallin and now visits him just a few times a year.

Men leave kids all the time – why shouldn't we?

While her decision wasn't easy, she says her sense of relief was palpable.

"My god, finally – I’ve got away from a really hard situation and I wasn’t sure what was going to happen. There was a sense of, I can breathe now.

“If I was a man I wouldn’t be sitting here having this interview,” she says in the film, acknowledging how rare it is for a mother to leave a child.

“It’s the most normal thing in the world for fathers to [not have full custody] and yet I’ve never met a single woman who has done this.”

'It takes courage to walk away from your kids'

While many would be horrified at the prospect of abandoning their children, clinical psychologist Dr Christine Pickering believes that women like Rebecca shouldn’t be criticised.

"It’s very brave for a woman to go in the face of society’s expectations of her and to say ‘I am not the best person to look after this child.’ It takes a lot of courage,” she explains.

While Rebecca's story may sound to some viewers like the symptoms of post natal depression, this isn't explored in the programme.

'The mums I saw looked sane – I had a different story'

Maria is another mother in the film who moved away from her four children.

She speaks of meeting Claud, the father of her children, marrying at 20, buying a house at 25 then having her first son, Will, and feeling at sea with motherhood. 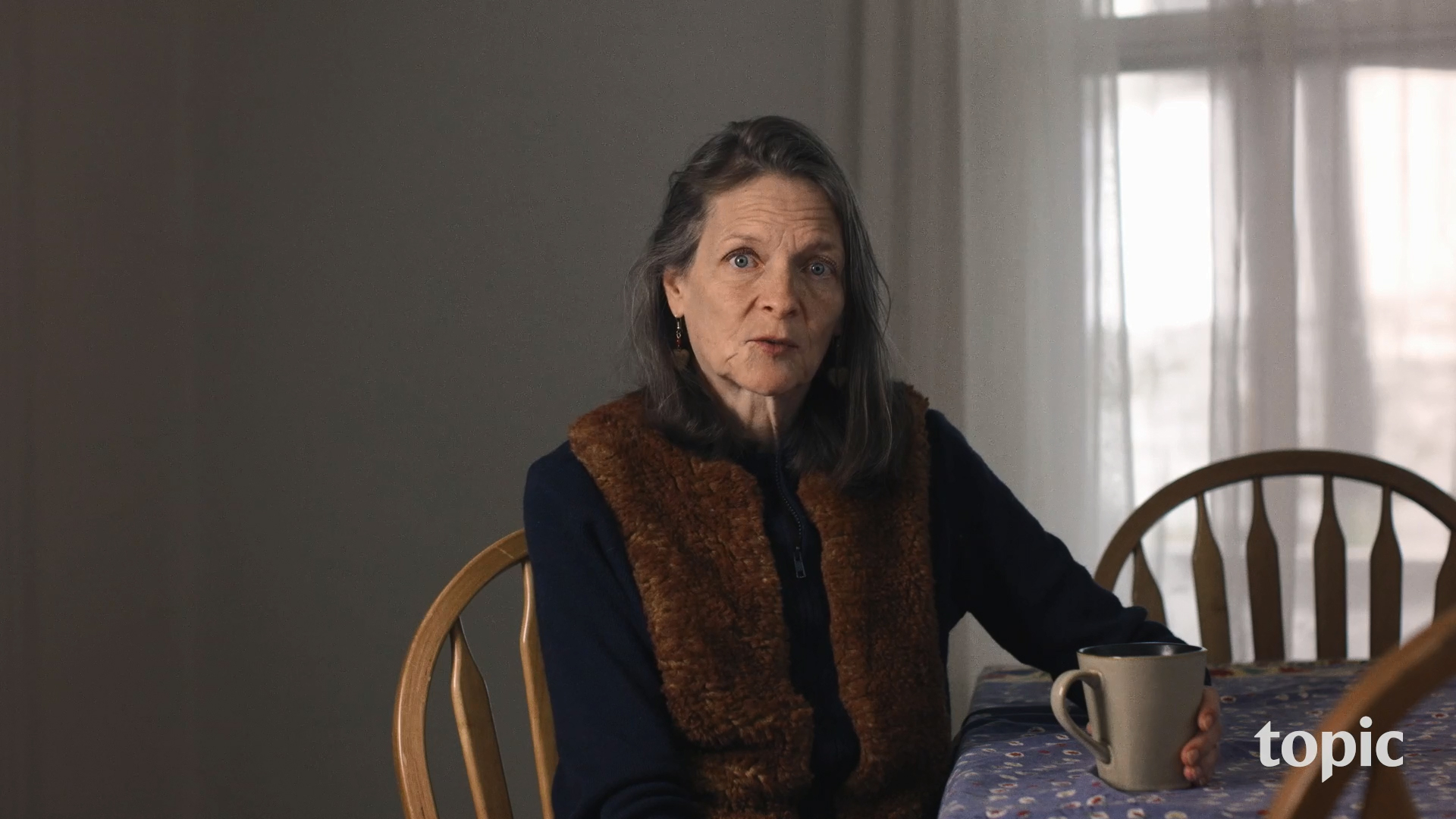 “I remember poring over magazines I could find,” she says in the film. “What is a good mother/wife supposed to look like?

"There were images of women from the 50s – there was a beautiful saneness about everyone.

"I tried hard to fit in and adapt and be the person I was expected to be as a mother but I also felt there was a part of me that hadn’t any expression, another life feeding underneath the surface of my skin.”

In the film, Maria talks of the trauma of losing her second daughter, Hannah, to cancer a month before her 4th birthday, and it being a pivotal point in her life.

“In that deep grief I didn’t have room to think about another person.

"It started peeling away to this raw place to where I was just walking around and breathing in the world as myself and it was a completely new perspective on everything for me,” she says.

Maria’s marriage was crumbling and she decided to move out.

'They said I should be sterilised'

“That first evening when I drove away from our family home, it was incredibly painful but at the same time another part of me felt a sense of relief and possibility that something else was now possible,” she says.

“It essentially gave me an opportunity to figure out who I was as a person without being defined by my marriage and being 24/7 with my children.”

Maria believes leaving her children was the better decision for them.

“Sometimes it is better for the children and the family if the mother moves out.

"I definitely felt judged as a mother. I was told that I should have been sterilised and not allowed to have children,” she says.

“We hold this expectation that there’s this ideal mother but none of us are. We need to rethink this whole idea of the ideal.” 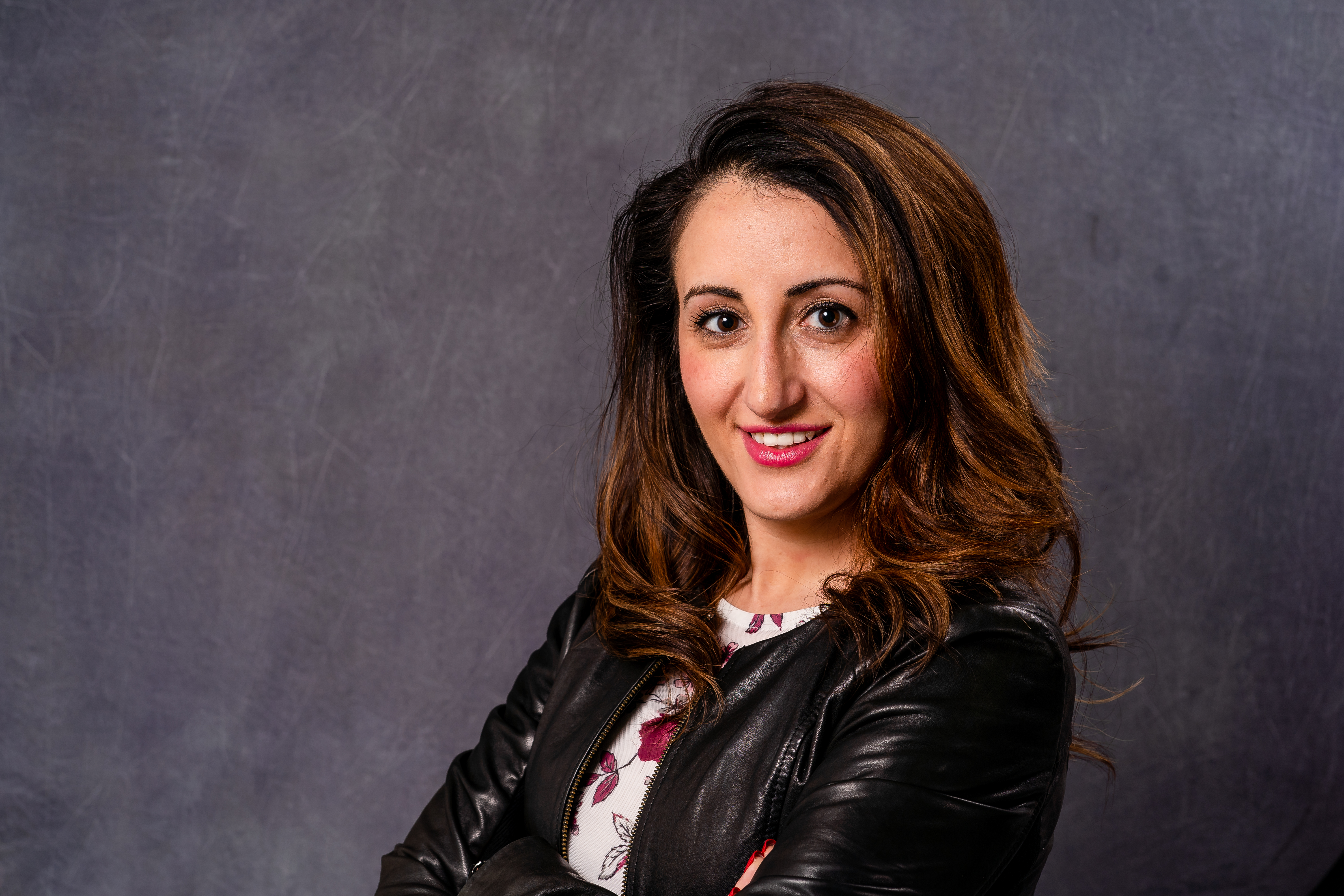 It's the last taboo

Nataly feels the same way. Her ex-husband has full legal and residential custody of their four year-old boy and six year-old girl.

When people hear she is a mother who doesn’t live with her kids, they are shocked.

“They say, “What do you mean you don’t have custody of the kids? It’s one of the last taboos,” admits Nataly, 34, an office manager who lives in New York.

'My brain was melting when I was stuck with the baby'

Encouraged to marry young by her religious family, Nataly married at 26, knowing they weren't in love.

“I felt very unfulfilled and dissatisfied in the marriage," she tells Sun Online.

When Nataly fell pregnant, first with her daughter and then with her son 12 months later, she was happy but not emotionally ready.

One who possesses custody of a child's heart and mind can truly be considered to have won it all. ? #lovewins

One who possesses custody of a child's heart and mind can truly be considered to have won it all. ? #lovewins

She says she wanted a career and felt "suffocated" by her baby.

“I felt my brain was melting. Here I was stuck with a baby at home while other women were travelling and working and exploring the world. I never told anyone I was struggling. I put on a happy face.”

She filed for divorce and went through a three-year long expensive pre-trial that bankrupted her and caused her extreme stress.

While Nataly initially wanted 50/50 custody, she was loath to go through aggressive court proceedings so settled for less.

This is what #Feminism means to me: Being able to look #pretty and celebrate my #femininity, while still having complete #autonomy over my mind, my #morals, my #values, my body, and my decisions. ? Bag from #thelovelytoteco. Boots from @rainbowshops #rainbowstyle #rainbowshops #ootd #feminist #boots #combatboots #celebratingfeminism #thisismyfeminism #girlsrule #feelingpretty #changemymind

This is what #Feminism means to me: Being able to look #pretty and celebrate my #femininity, while still having complete #autonomy over my mind, my #morals, my #values, my body, and my decisions. ? Bag from #thelovelytoteco. Boots from @rainbowshops #rainbowstyle #rainbowshops #ootd #feminist #boots #combatboots #celebratingfeminism #thisismyfeminism #girlsrule #feelingpretty #changemymind

A post shared byAmazingMothersWithoutCustody (@amwoc) on May 7, 2019 at 7:37pm PDT

“I felt extremely ashamed I gave up,” she says.

But there are advantages to not being her children's main carer.

“I don’t have to be perfect anymore. Everyone sees how imperfect my life is. I’m a mother without custody my kids that’s already the biggest imperfection you can have," she says.

“I loved being a mother but I was concerned I was not up to par and not perfect enough."

The Last Taboo is directed by Chloe White.