I AM standing inches away from the Hollywood actress Gwyneth Paltrow and I’m about to vomit all over her.

My heart is racing, my eyesight is blurred and every inch of my body is covered in sweat. 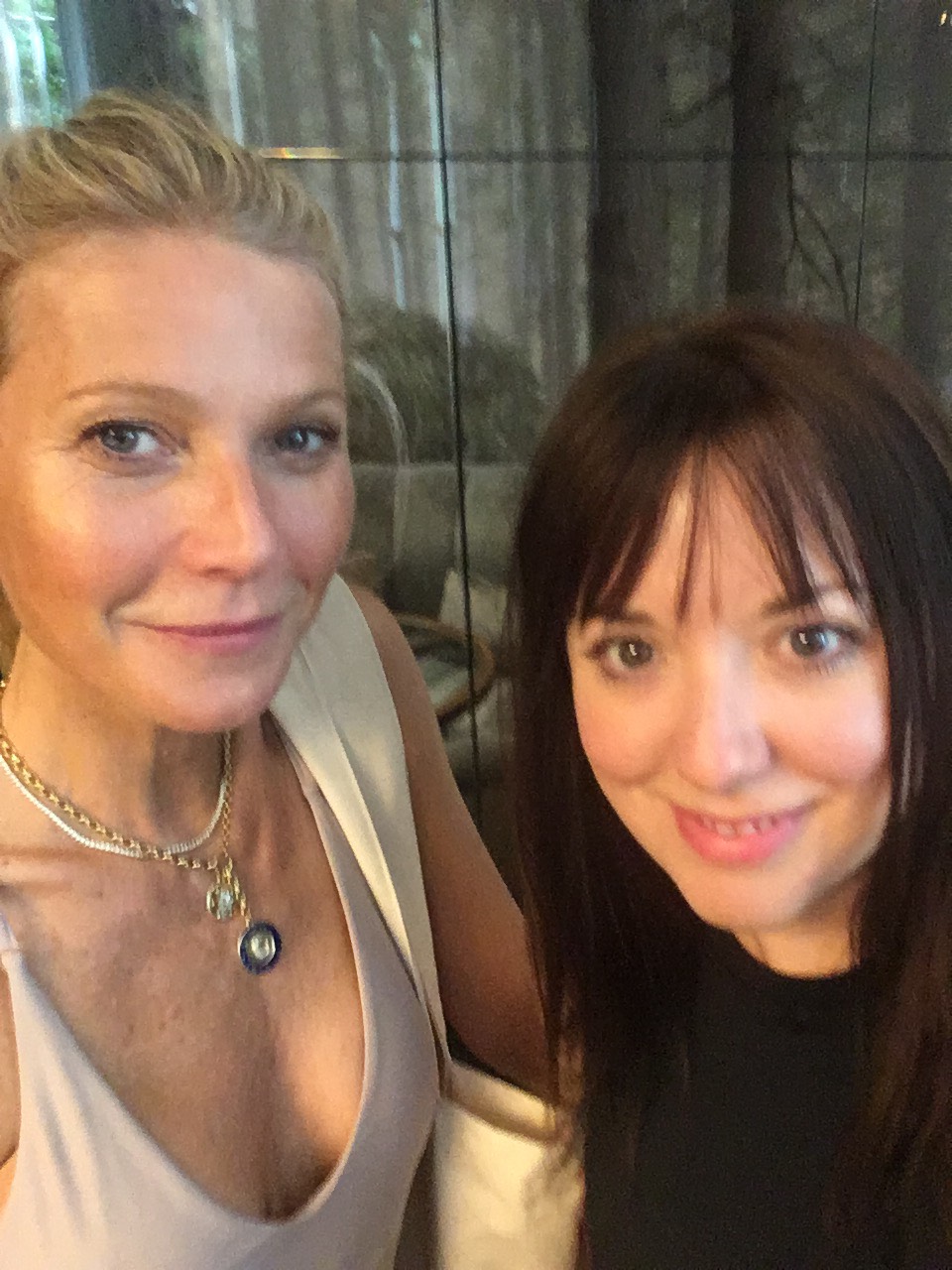 This urgent need to throw up is not because I am overcome with emotion at meeting the Oscar winner.

I am one of the ‘VIP Wellness Weekenders’ who has parted with a whopping £4500 to join Gwyneth at Goop’s first UK summit.

And part of that exclusive package is to have a personal training session with the superstar and her ‘pocket-rocket’ Tracy Anderson. 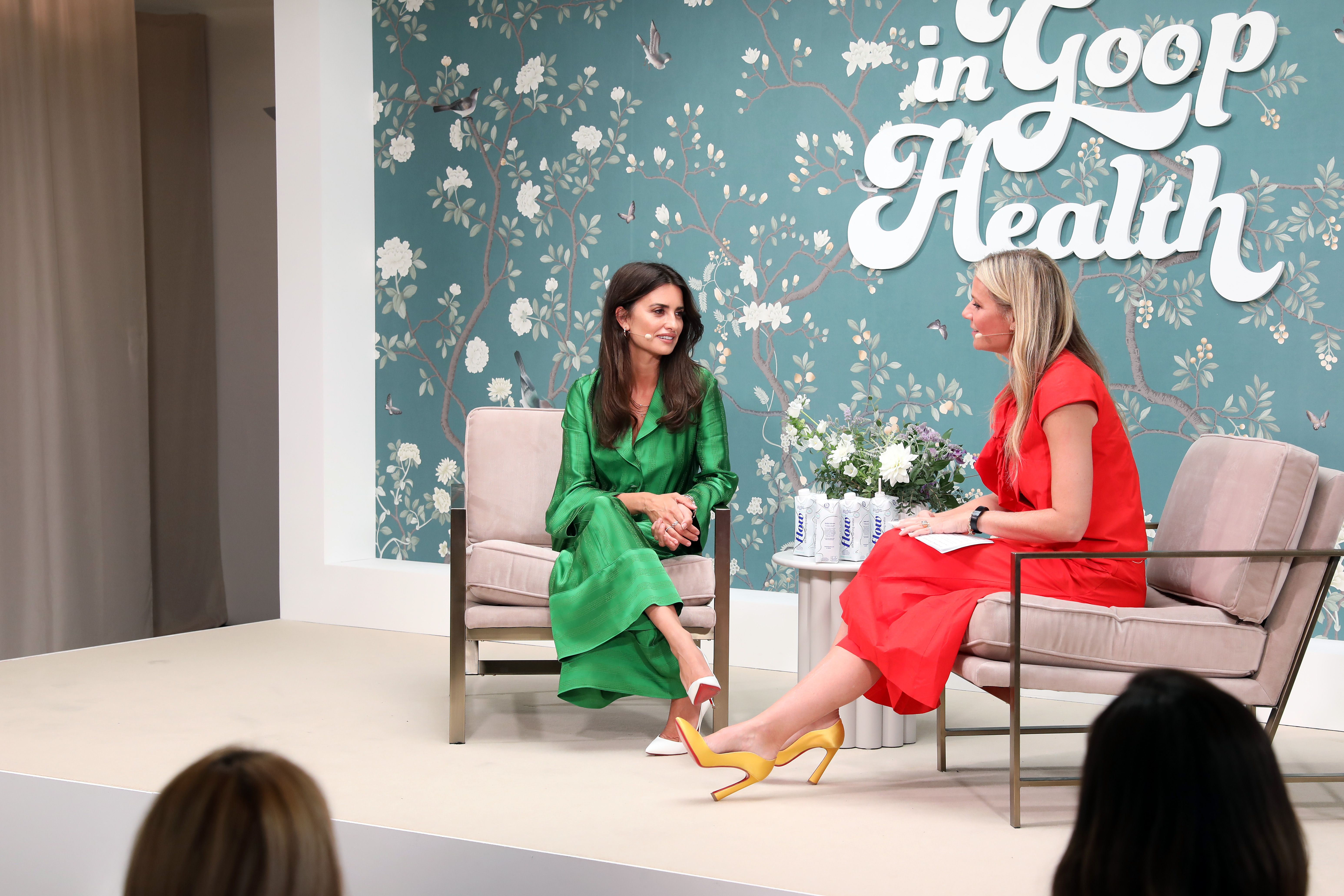 And she is the reason I now have to run to the loo to dry heave.

After over an hour working out with superhuman Anderson, 44, Gwyneth – or GP as she’s known to her fanclub – is at the front of the studio and barely breaking a sweat.

“After months training with Tracy, I walked past the mirror naked one time and thought: ‘damn, whose butt is that?’ Then I realised it was mine!

“But my butt is not great at the moment. I was just in Italy and I totally pigged out on pasta,” she says, in a slow, steady voice as I choke for air. 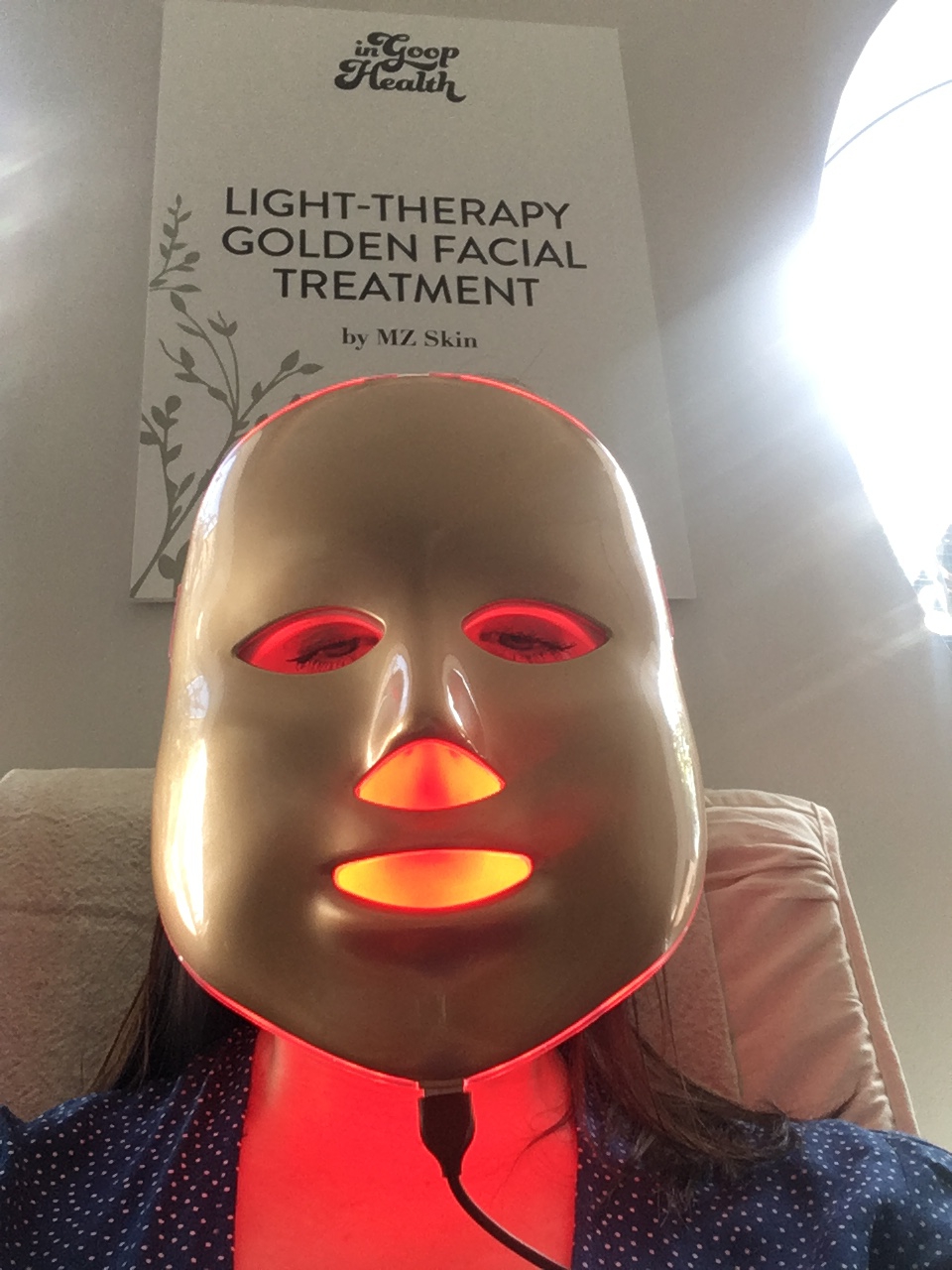 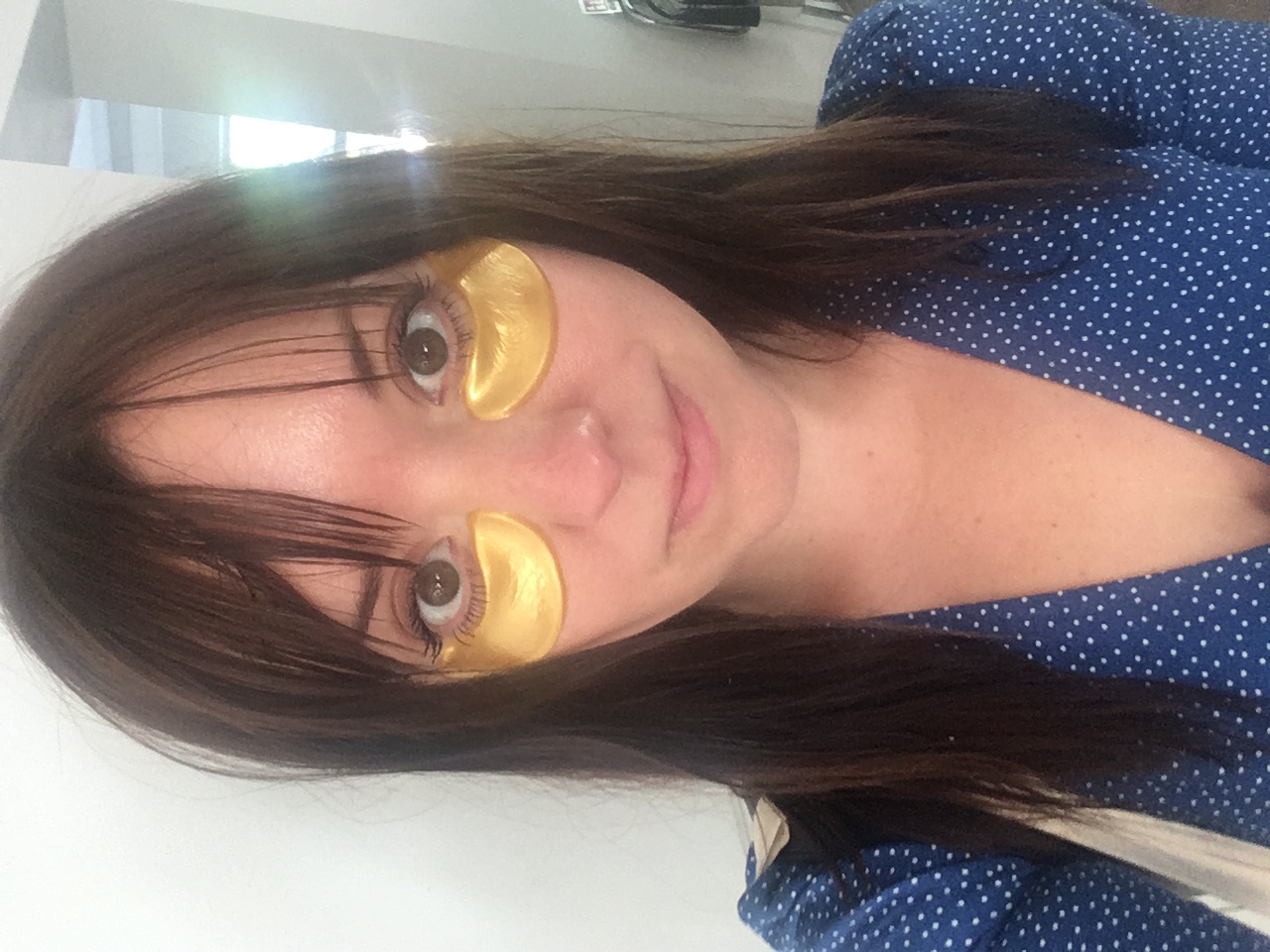 But her butt is great. As is the rest of her. Gwyneth Paltrow is a woman so clean and glossy it looks like every inch of her has been jet washed.

Which is the exact reason why hundreds of women from around the world have flocked to the Re:Centre in Hammersmith, West London.

The event is a sell out, with 250 day tickets at £1000 each, plus 35 weekend stays at the eyewatering cost of £4500 – which includes two nights in five star hotel and the personal training class.

The UK is now the third largest market for In Goop Health. The brand, that claims to be devoted to wellness of the mind and body, is a money making machine, with predictions it is expected to reach £632bn by 2021. 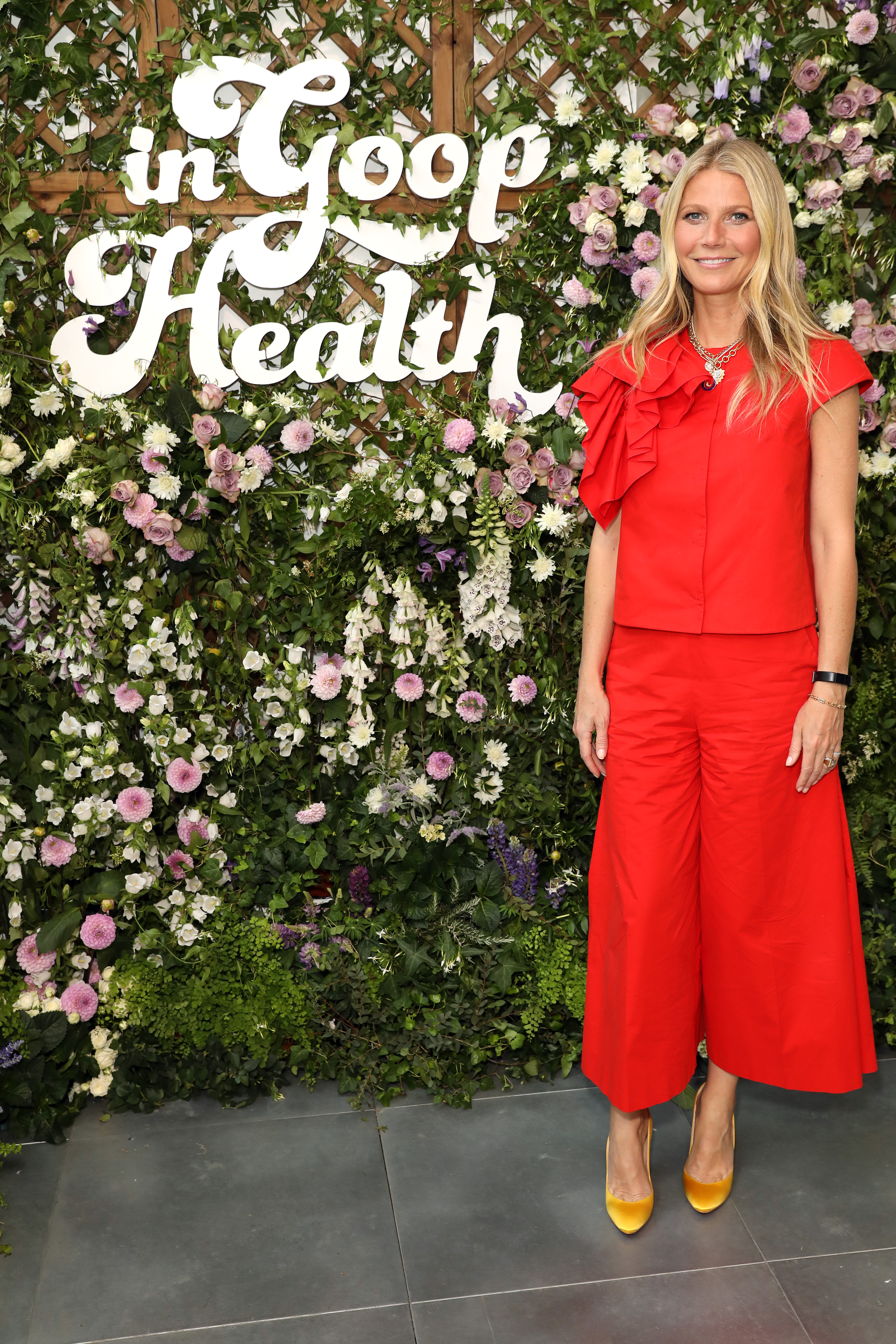 But it’s not been without controversy – Goop was fined £112,000 for making unsubstantiated claims about the benefits of the jade vagina egg last year.

However, that hasn’t put GP off recommending other things to insert into your privates, as I find when I first walk into the venue for my first in day of Goop Health.

After being handed a shot of Apple and Ginger juice I am faced with the Goop Store – a little land of cosmetics, books and sex toys, all with the GP seal of approval.

There’s a variety of lubricate – all organic, of course – and a range of different shaped vibrators have names like The Frenchman and The Millionaire. 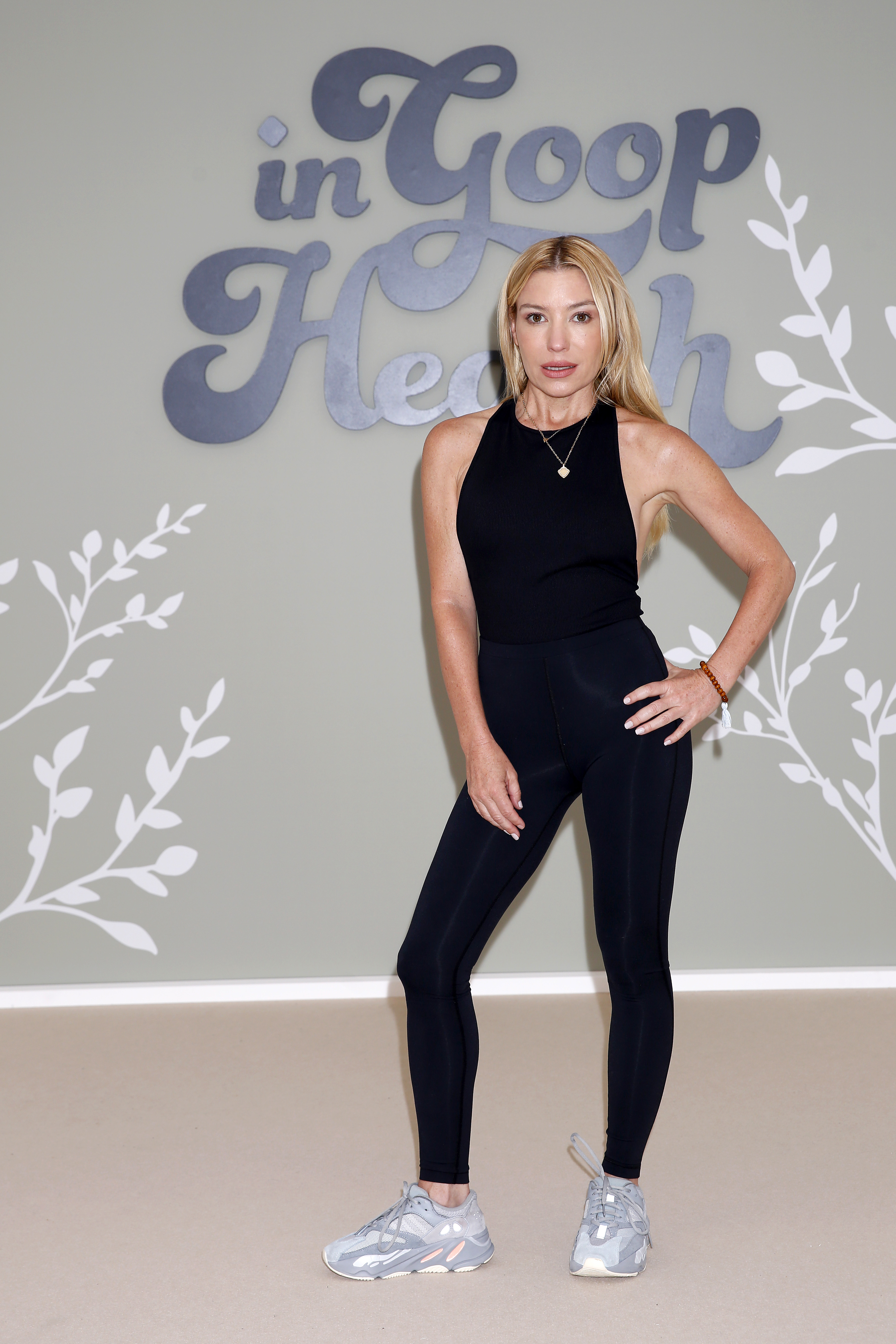 Game, set, match to Gwynnie for that.

We are soon offered breakfast from a buffet, with Chinese cabbage tostadas and coconut bacon – which, unsurprisingly, does not include any bacon.

I stuff a slice of banana bread in my mouth, before reading the small print that states it’s made with ‘ghee and ground coffee’. 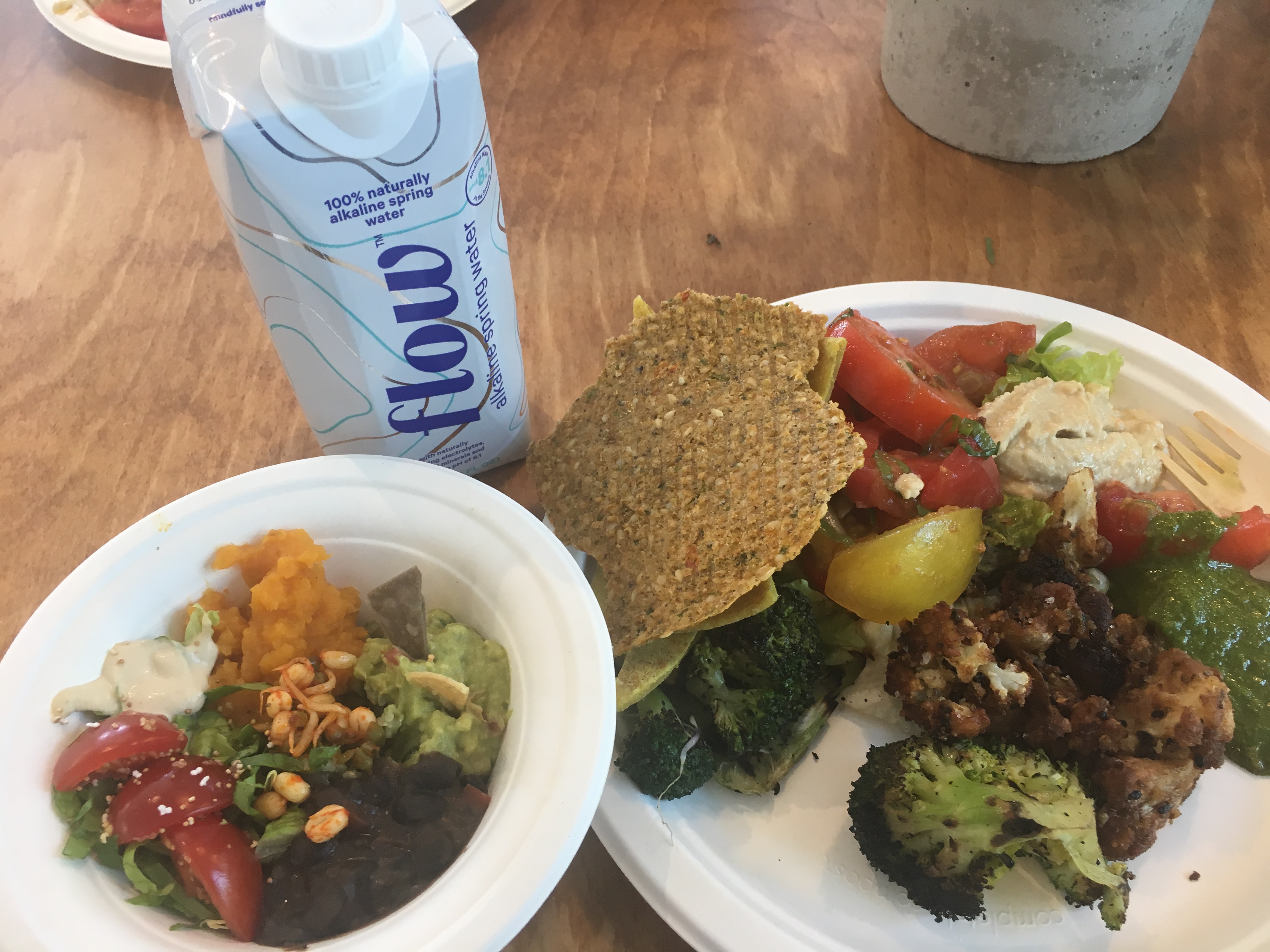 It tastes like licking an ashtray, so I quickly dispose of it and head to my first lesson on how to breathe.

This is taken by ‘transformation coach’ Stuart Sandeman, who says we can all connect to a higher state of consciousness through breathwork.

The group of eager, well-groomed women aged 30 – 50 in top-to-toe designer athleisure throw their arms in the air and we are all told to “ask our breath what would best support the planet.”

Then Sandeman gets us to stick our tongues out to touch our chins and pant like a dog. 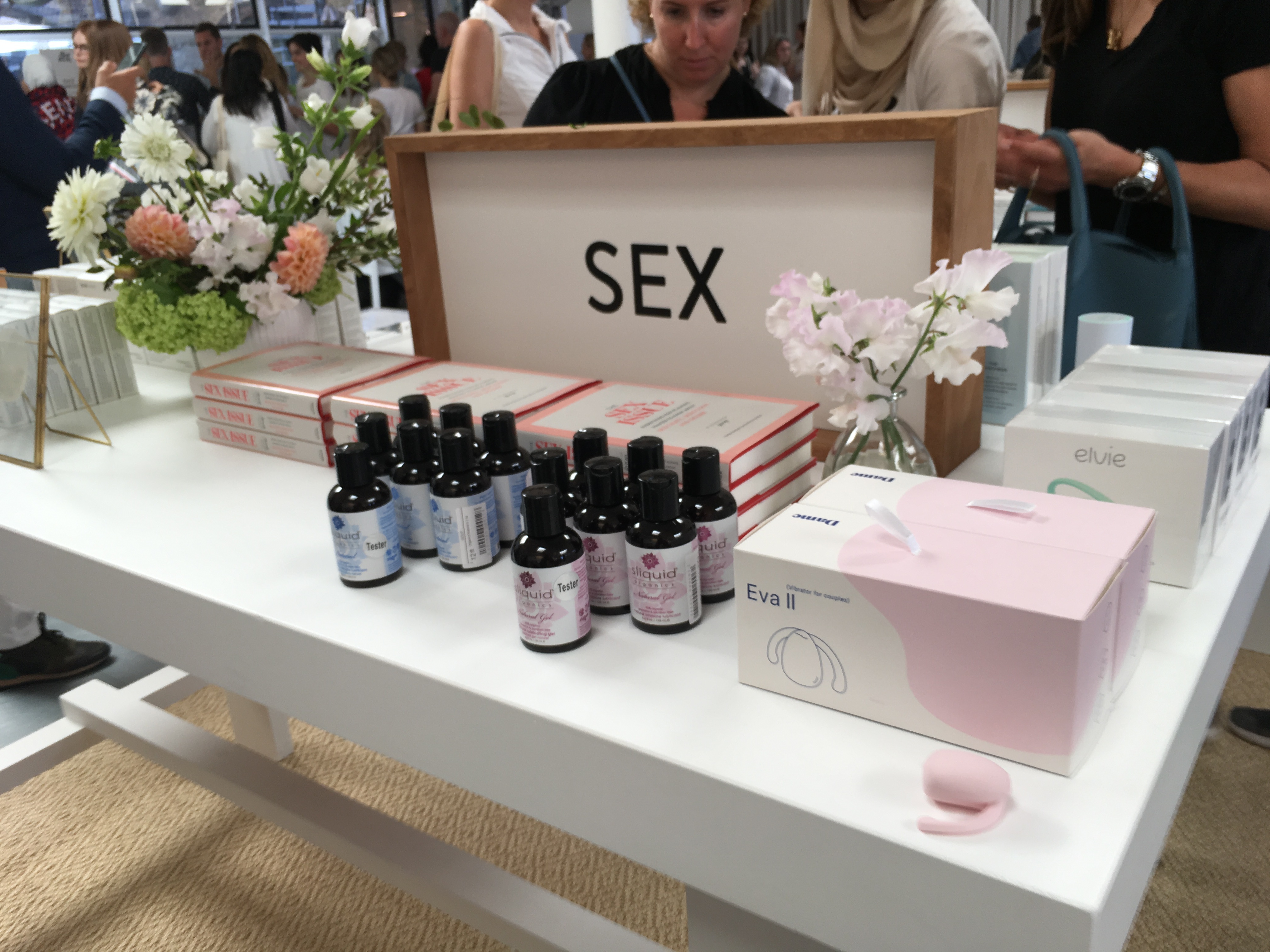 Everyone else seems to be doing it, so – like anyone under the influence of mob mentality – I pant away.

Which is not all that tough, considering the venue has no air-conditioning, the windows don’t open properly and it’s the hottest day of the year.

To get us all talking to each other, there are bowls of question cards around the venue, asking ‘how Goopy are you?’

Questions include: ‘what does Spirulina smell like?’ ‘What’s the last thing you spiralized?’ and ‘name as many adaptogens as you can in 10 seconds’. 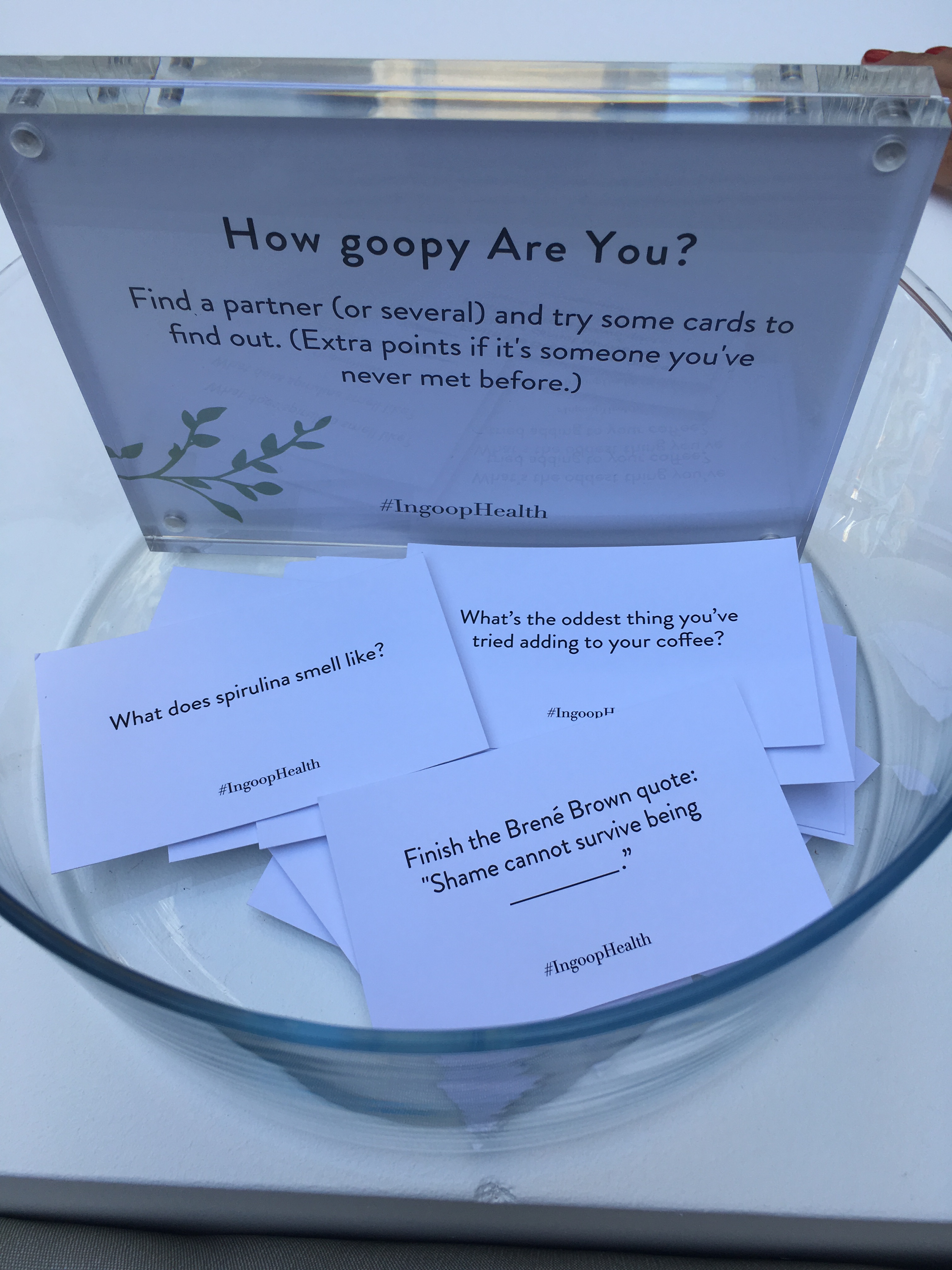 I pick one and read the card to the woman next to me: “What is your stance on baths?”

Without flinching she says: “At one retreat I went to Turkey I didn’t bathe or speak for 10 days.”

“God, poor you!” I reply, unable to hide my horror.

“No, I wanted to. It resets your jaw and voicebox – and it made me connect to nature. 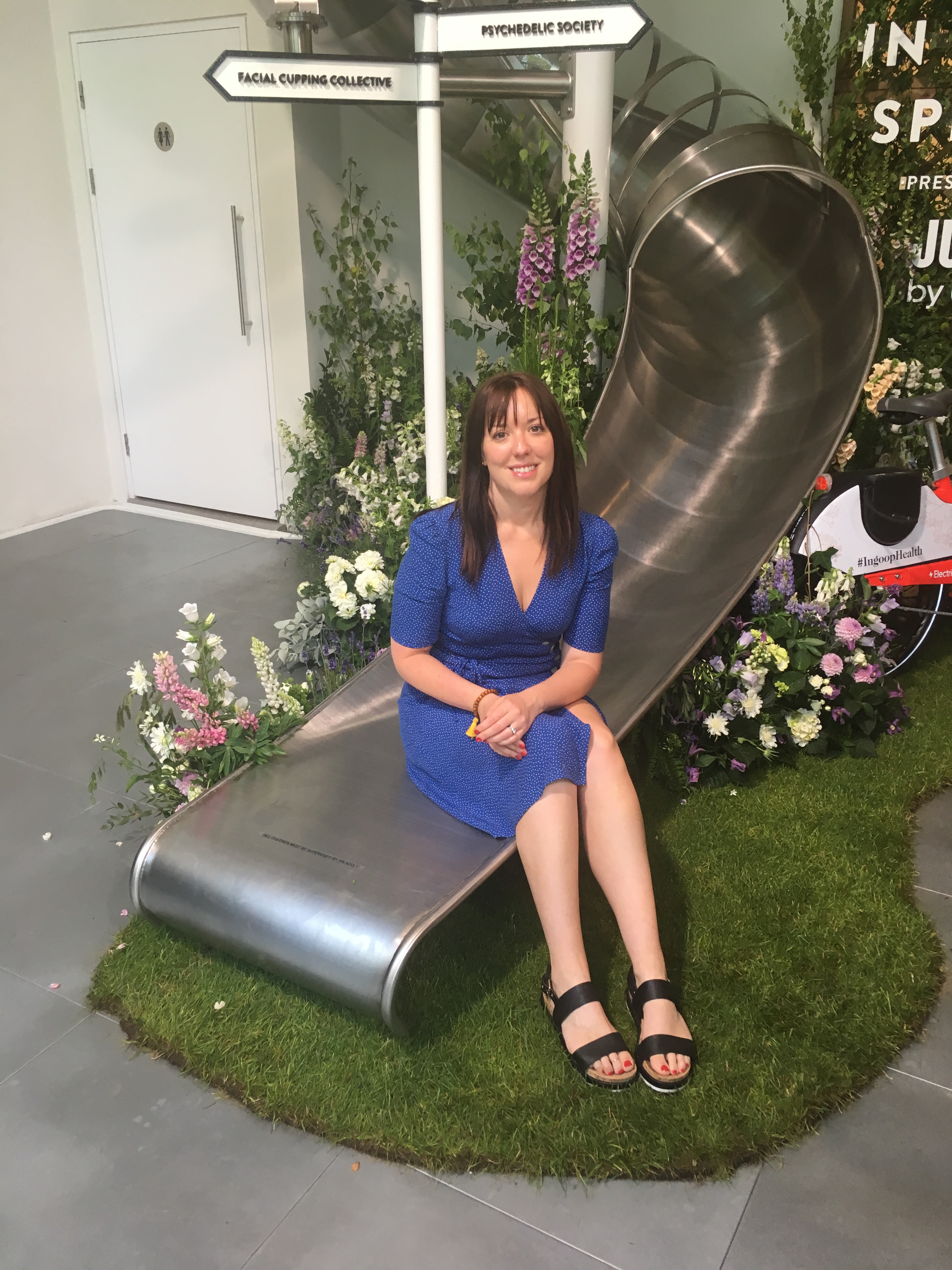 “It’s not the most extreme retreat I’ve been to, though,” she continues. “There was one in Thailand where I was given a pill to extract all the waste from my body.

"Lots of phlegm just poured out of me. But really helped me with my leaky gut, too.”

Feeling that bite of ashtray cake turning in my stomach, I sit down to watch GP do a ‘Fireside chat’ with psychotherapist Barry Michels (CORR).

Luckily there is no actual fire involved in the sweaty-walled room, it’s just the Goop lingo for a cosy conversation. 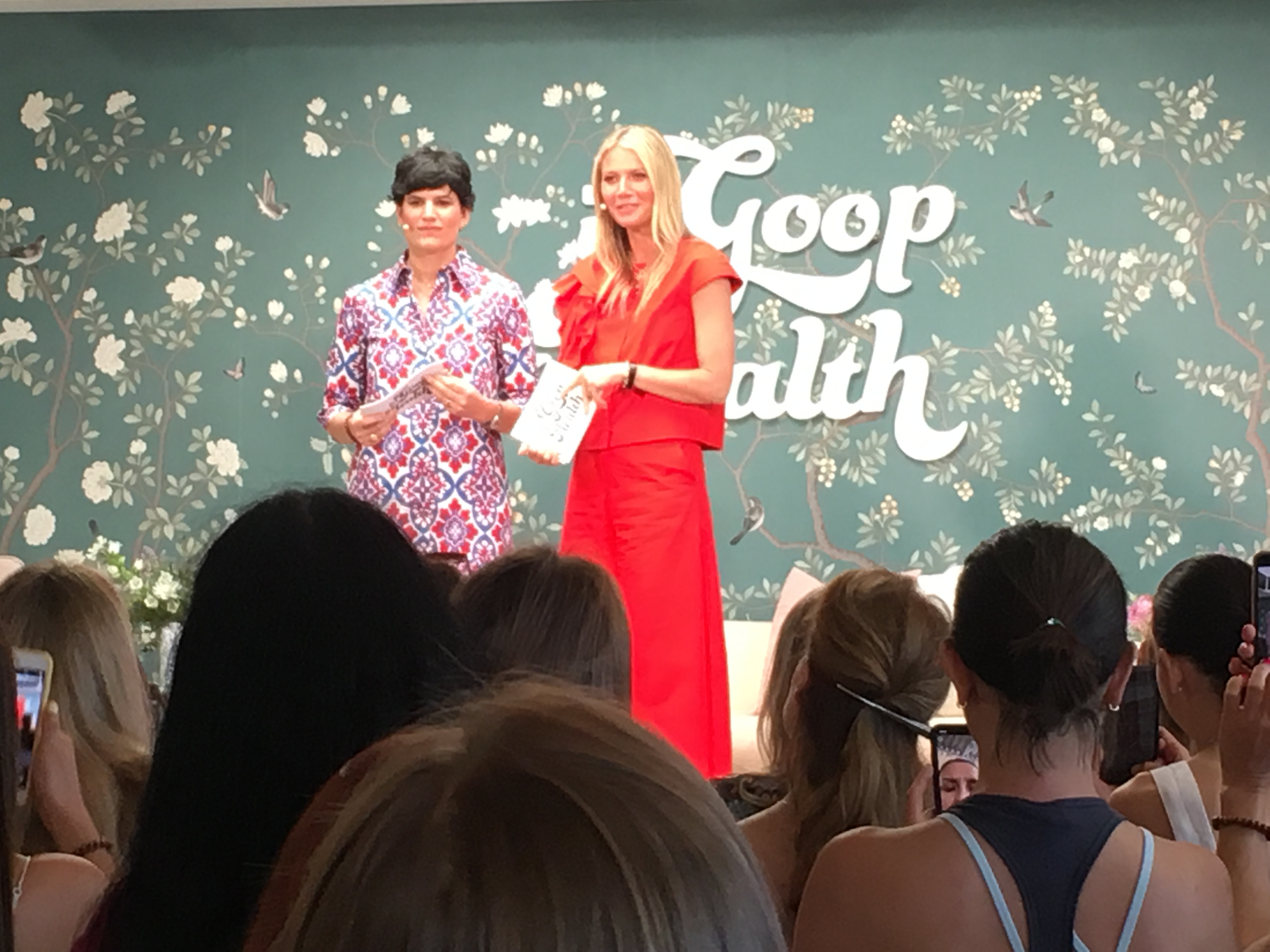 Michels talks to an attentive GP about his thoughts on life, with statements like: ‘There is no finish line to life,” “The ultimate creative act is creating a new version of yourself,” and “The tongue holds all the memories of everything we have ever said.”

He then plugs his book which is being sold in the Goop shop, and after much whooping from the crowd, GP looks out to the audience as says: “We are all family here – we are part of a community.”

My next class is on how to wash my face – or, in Goop speak, ‘The Skin-Care Master Class’.

This is taken by GP’s facialist, Anastasia Achilleos, who talks about eye cream with the same intensity as a doctor revealing the test results are terminal. 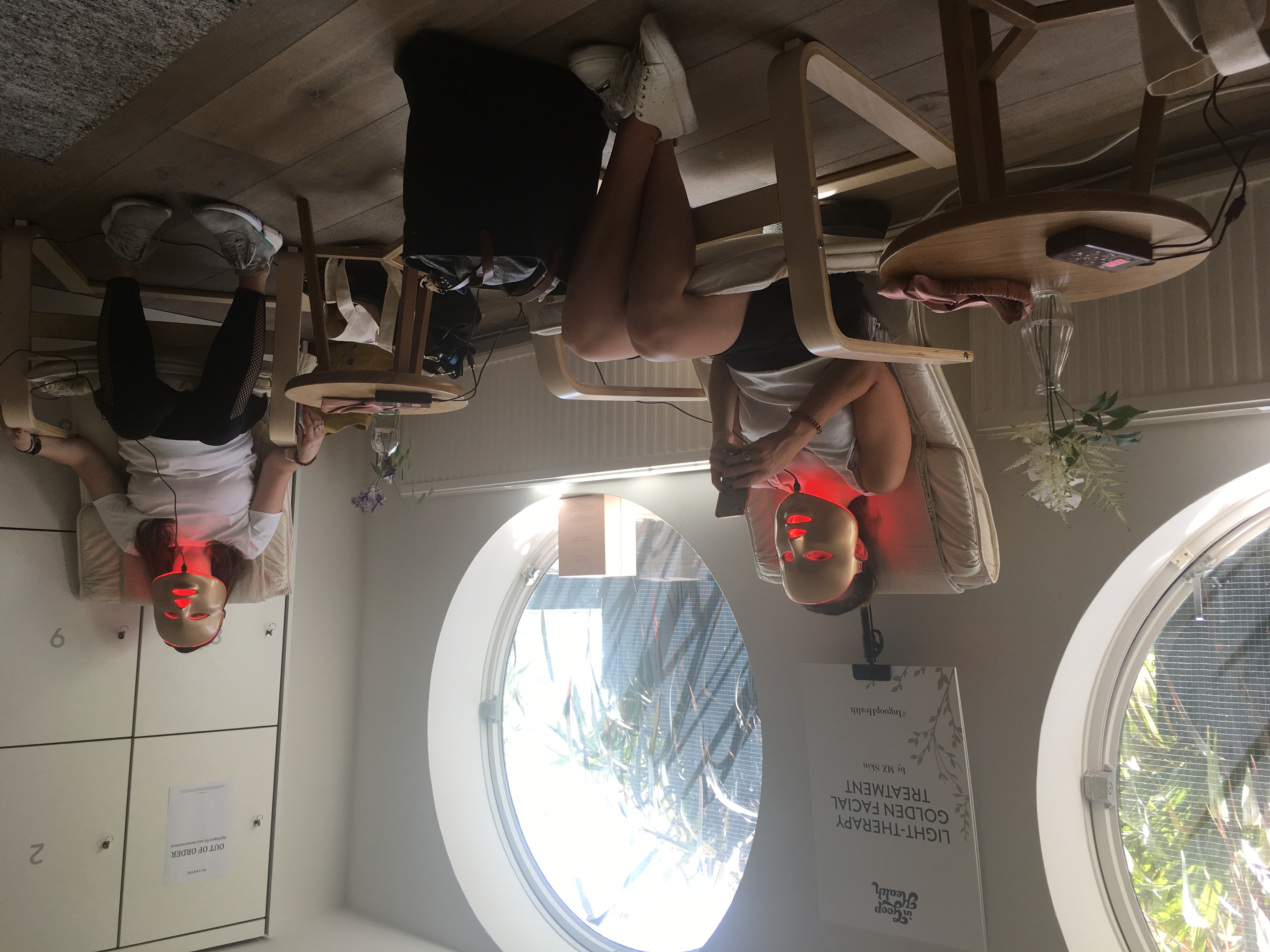 I sit in front of a mirror and am shown, for 40 whole minutes, how to use Goop products to remove my makeup and put on moisturiser.

Anastasia orders us all to smother the Goop Exfoliating Instant Facial cream over our faces, before delivering the disclaimer that it will probably make our skin tingle and go red.

The VIPs have a session with nutritionist Stephanie Moore, author of Why Eating Less and Exercising More Makes You Fat. Now that’s a message I can get on board with. Or so I think. 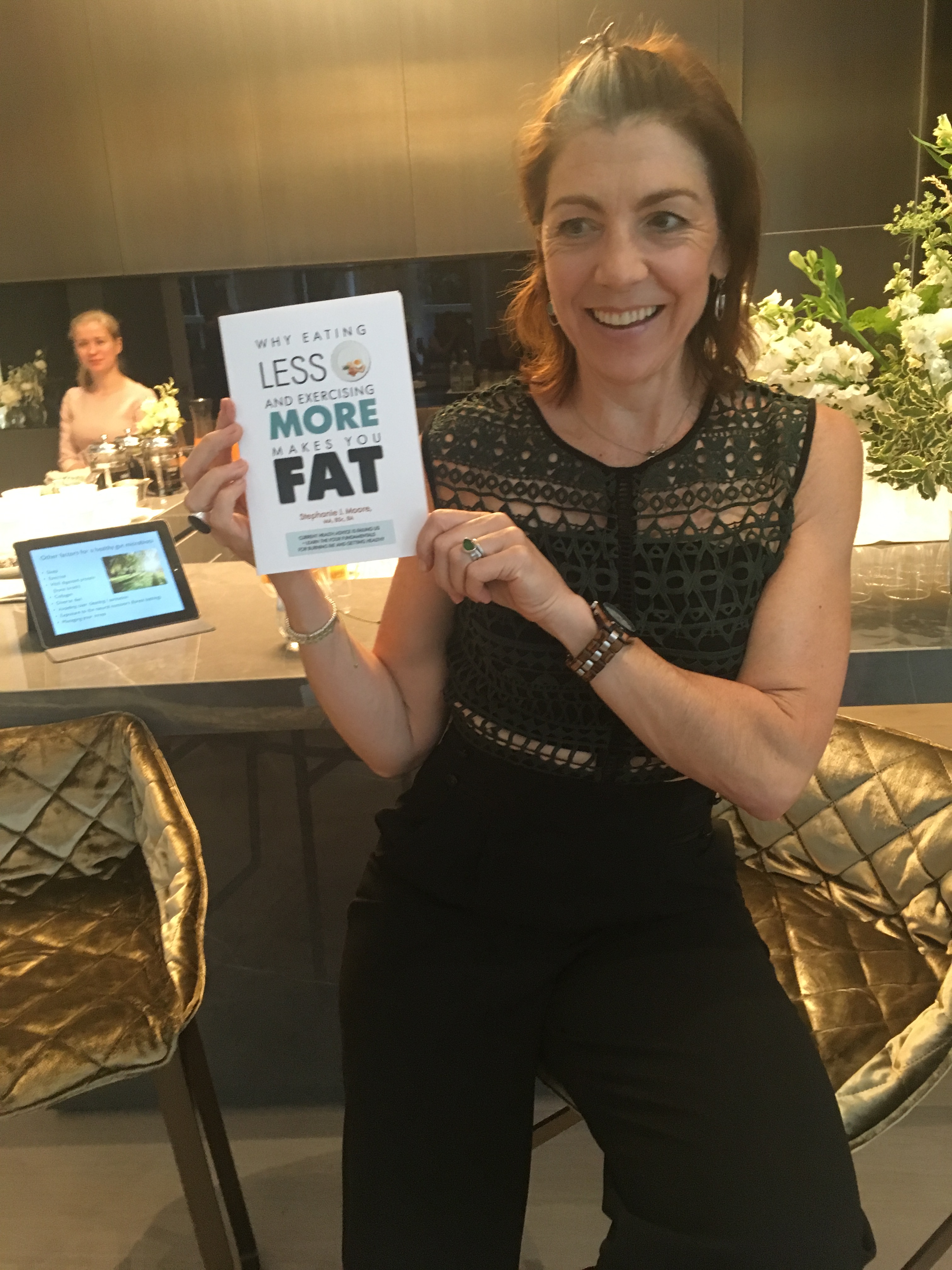 “I never, ever, EVER eat a whole entire apple because they are full of sugar,” Stephanie states very seriously, “I eat half at the very most.”

“If you’re going to eat fruit, make sure you combine it with organic sheep’s yogurt to help your gut.”

Make-up free, slightly florid and imagining what mainling banana’s would look like, I go upstairs to have some gold, damp plasters stuck under my eyes, by surgeon Dr. Maryam Zamani. 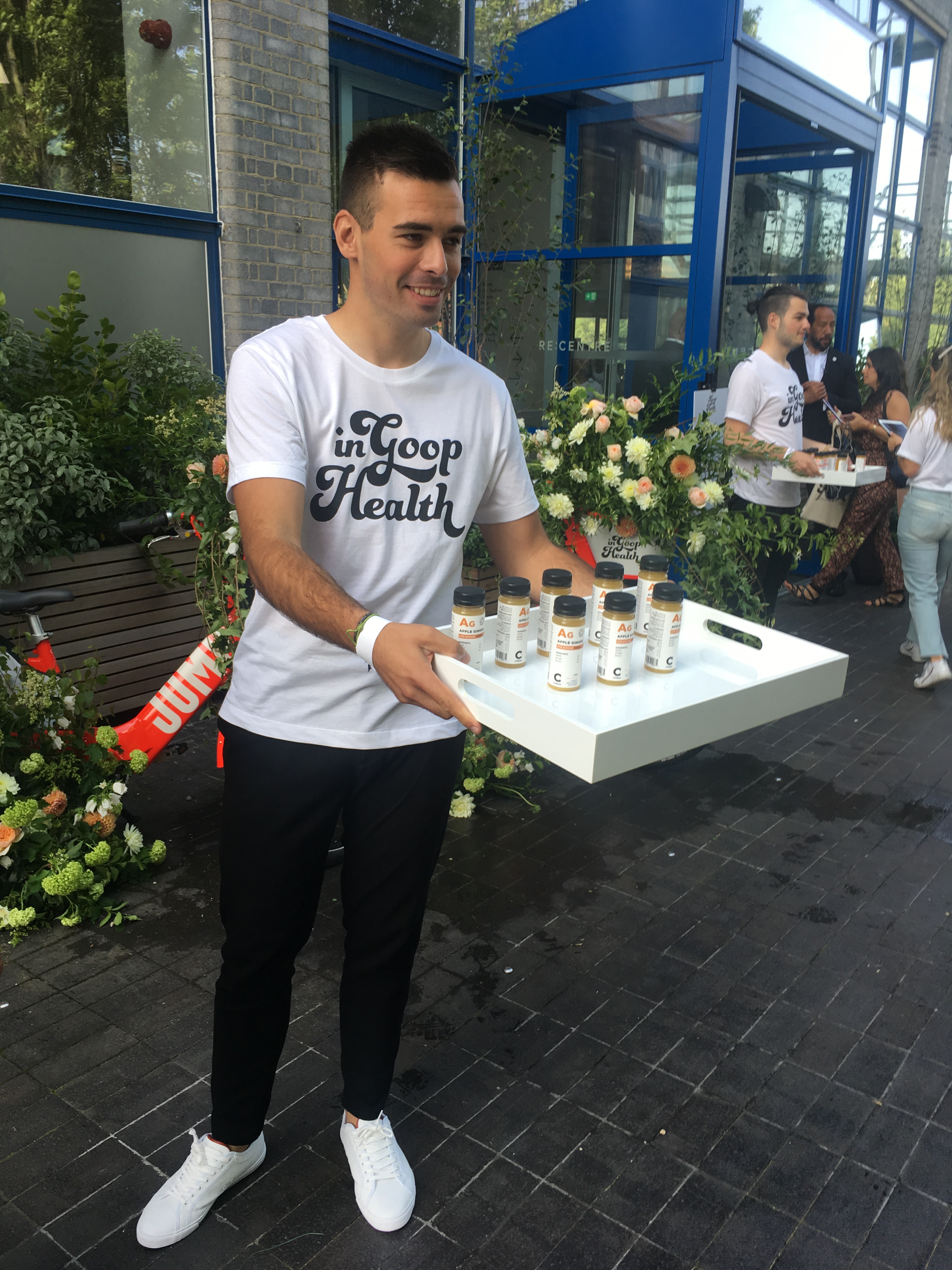 She explains that they rehydrate me – and cost £65 for a pack of five.

Dr Zamani then offers me 10 minutes of Light Therapy Golden Facial Treatment, which involves slipping on a house of horrors mask that lights up to apparently make me look younger.

Alas, it does not, so feeling more than slightly clammy, I join my other VIPs to tuck into a hearty vegan lunch of cauliflower popcorn, Korean lettuce wraps and chargrilled broccoli.

Jenny, 41, from the Cotswolds is a divorced mum-of-three and is glowing from the day. 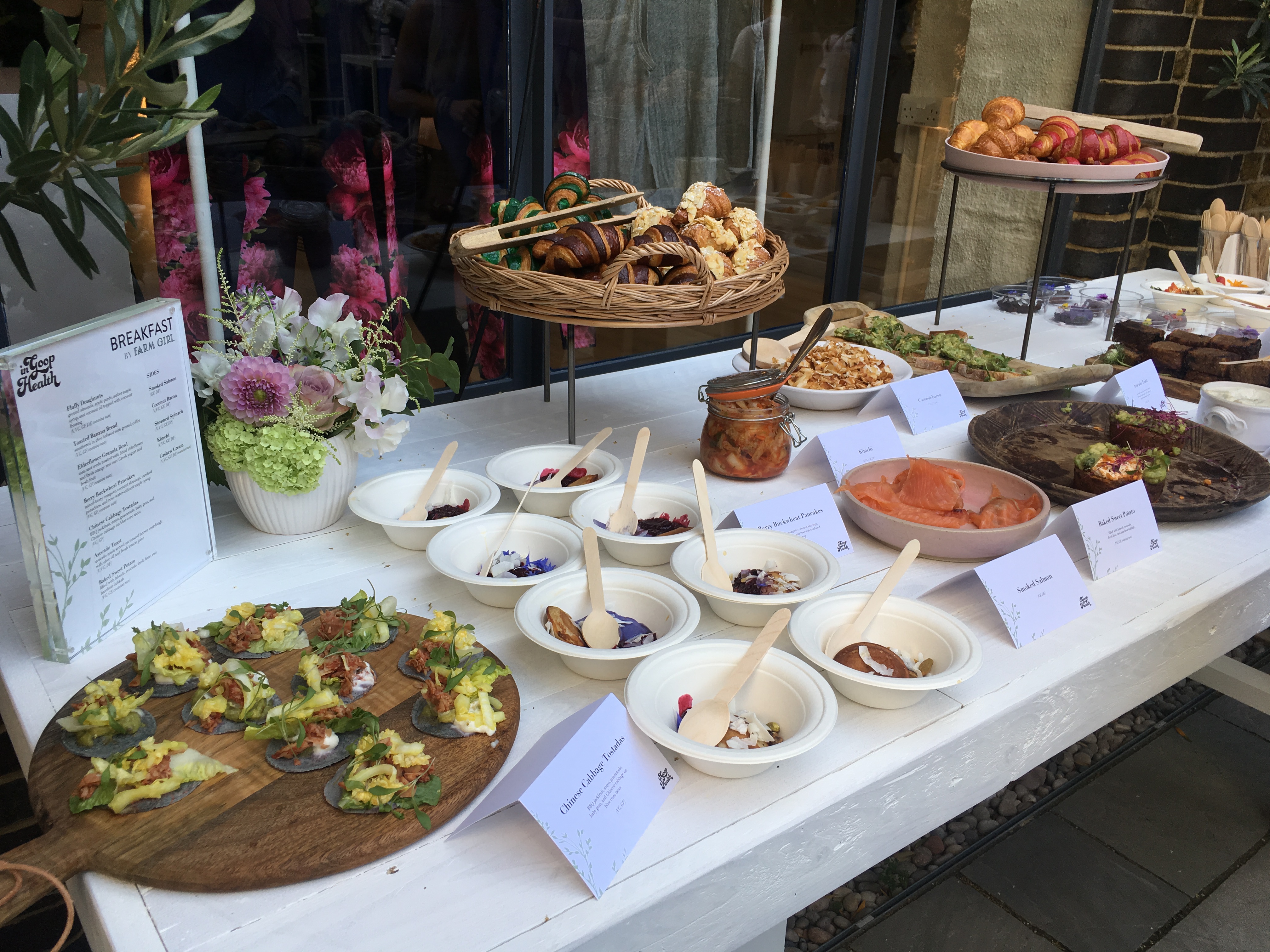 She says: “I’ve been a follower of Goop for nearly ten years – for me GP has normalised things I was already into, like yoga and crystals, and made them more mainstream.

"Now people don’t think I’m a crazy hippy, they understand it more because she’s talking about it. I admire her enormously and she’s really changed my life and my health for the better.

Two other VIPs – a skin care expert from Hong Kong and doctor from America, nod in agreement. They have flown in for the experience and live their life by Goop's guidance.

It is time for another fireside chat, this time with GP interviewing model Twiggy, 69. 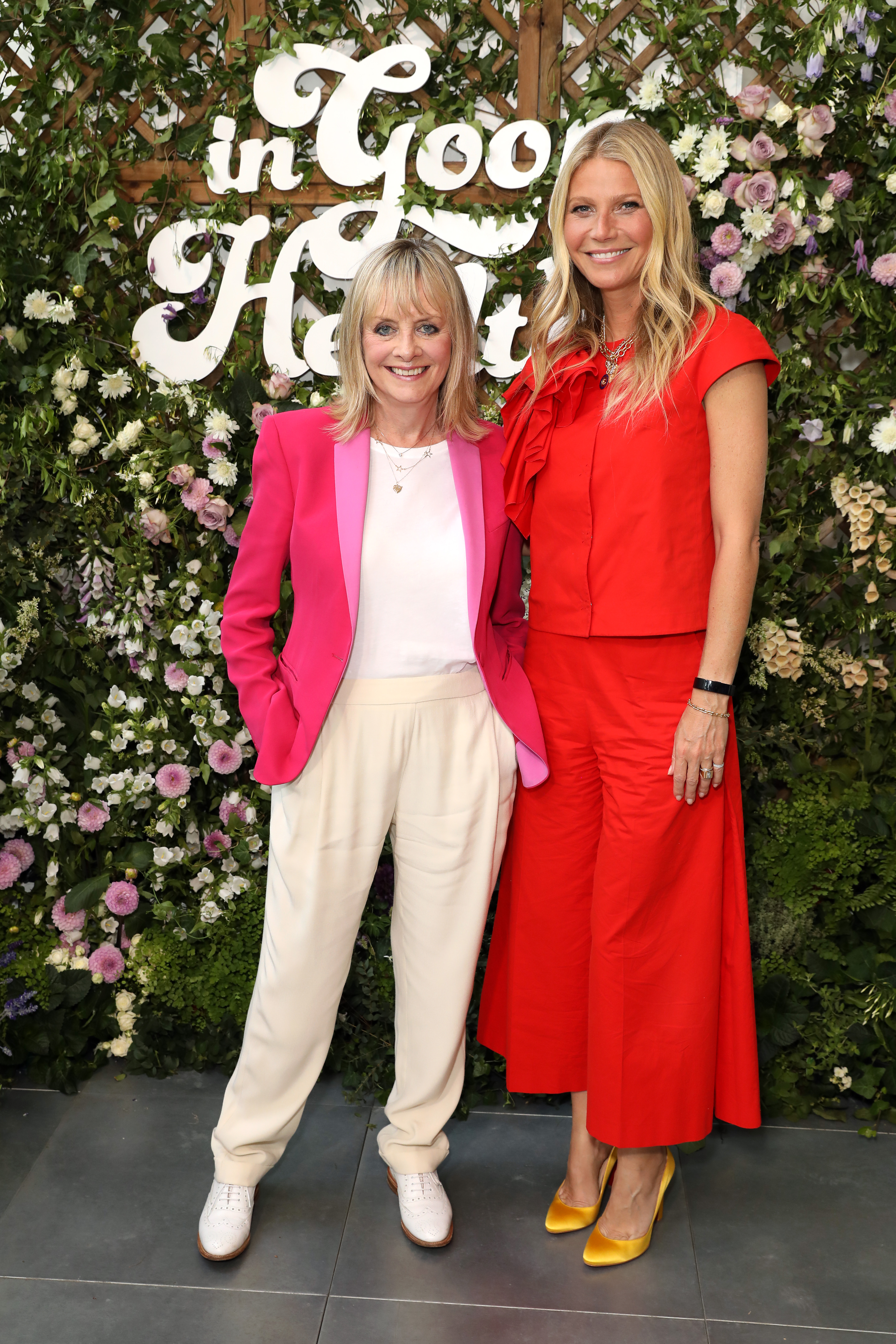 For the first time Gwyneth seems relaxed and funny, and I suddenly realise why everyone has such a girlcrush on her.

When Twiggy tells an anecdote about how a journalist once described her as looking like a “chewed up chicken legs posted through a letter box,” GP shouts: “What a c***! My god, what a complete d***.”

She flashes a cheeky smile to the audience and I suddenly feel a little bit guilty for rolling my eyes at her lifestyle. 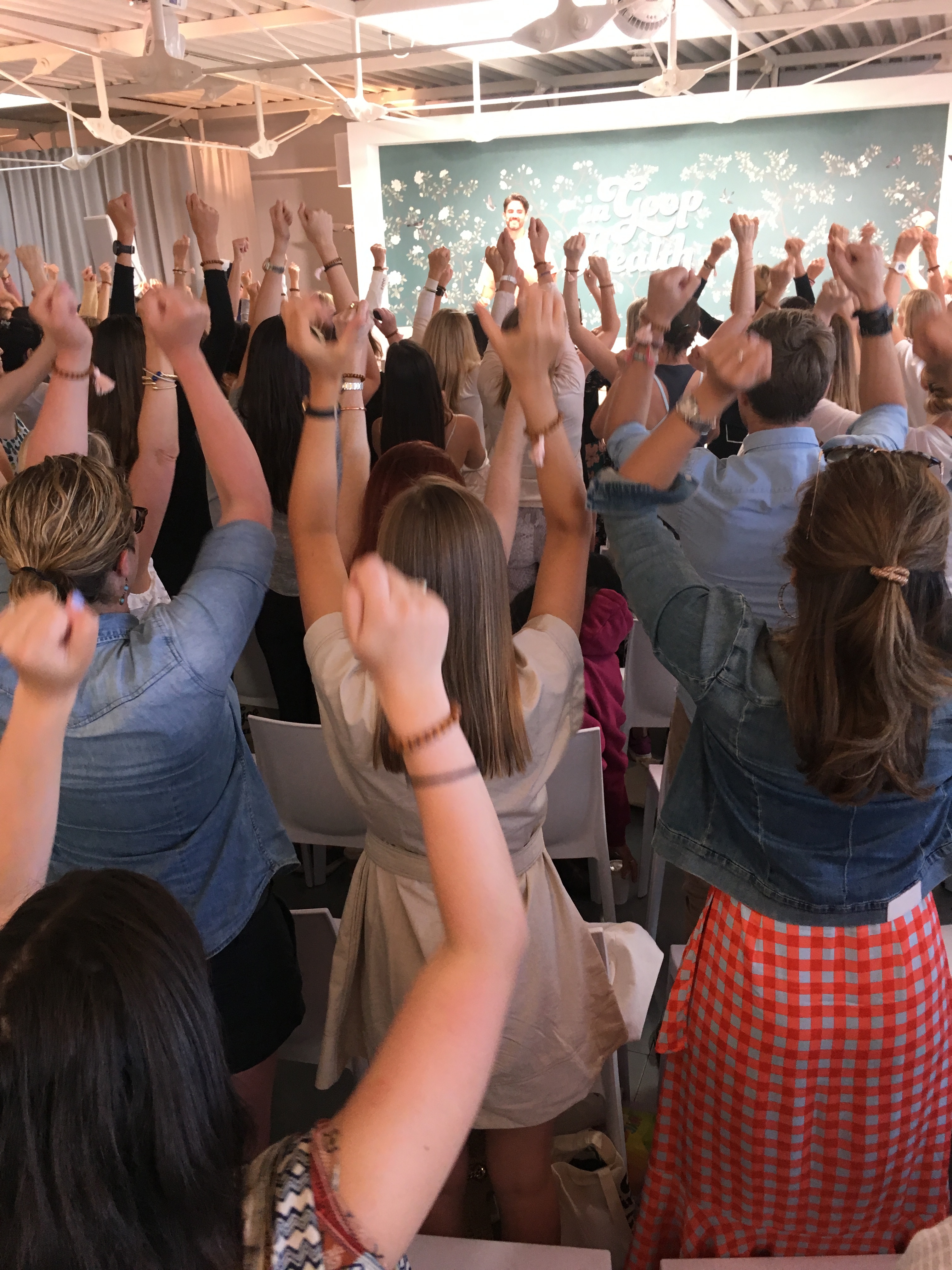 MOST READ IN FABULOUS

My spiral of self-loathing it stalled when another Hollywood A-lister, Penelope Cruz, 45, joins GP on stage to talk all about hormones, menopause, periods, being gluten free, dairy free and sugar and alcohol free.

The crowds – who are mostly dressed in the Goop vest tops and leggings we were given on arrival – then flock to collect our packed Goop goody bags, which include digestion herbal tea, a set of mindfulness cards and a reusable menstrual cup. 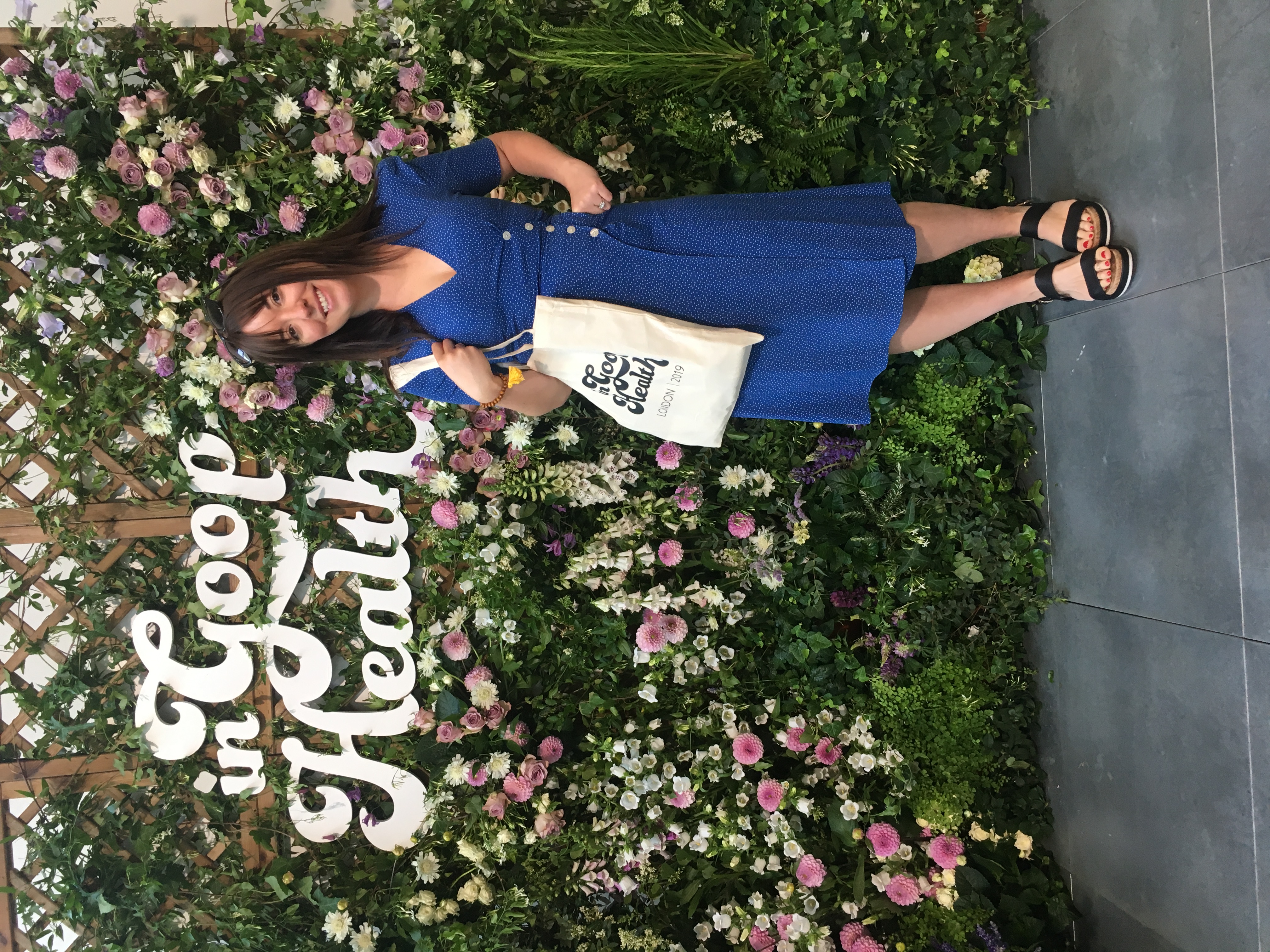