MEGHAN Markle and Prince Harry are rumoured to be considering relocating their offices to Canada, following spending time there over Christmas.

The Duke and Duchess of Sussex gushed about their recent break in the picturesque country that Meghan called home for seven years when she starred in Suits. 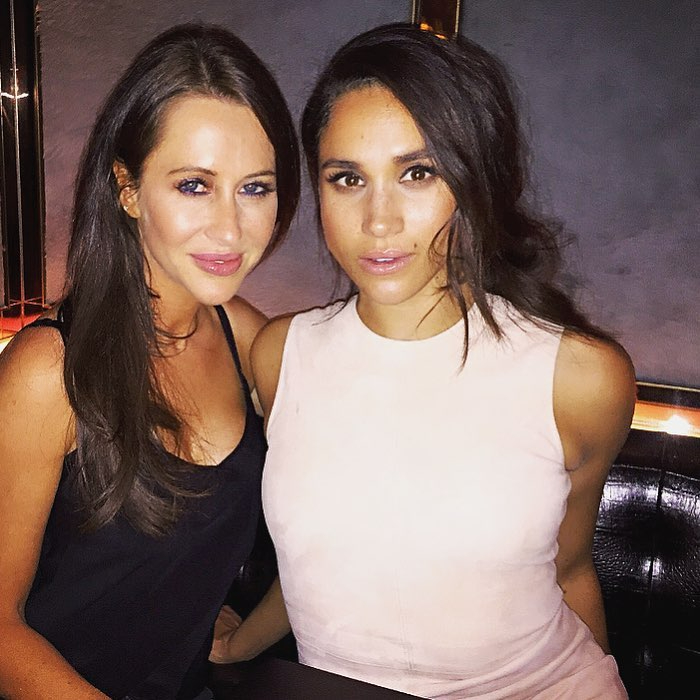 Friends have exclusively revealed to The Sun that the Sussexes deeply enjoyed their trip there, with friends saying Meghan "feels comfortable and at home" in Canada, adding the pair "have lots of friends there."

The former actress gave up her life in Toronto after she got engaged to Prince Harry, where she had a host of A-list pals and enjoyed lavish private members clubs.

So, with it rumoured the couple could set up a new life across the pond, we look back at the extravagant lifestyle she no doubt misses…

When she moved to live with Prince Harry in Kensington Palace, Meghan left behind a very girly three-bedroom, two bathroom pad in Toronto. 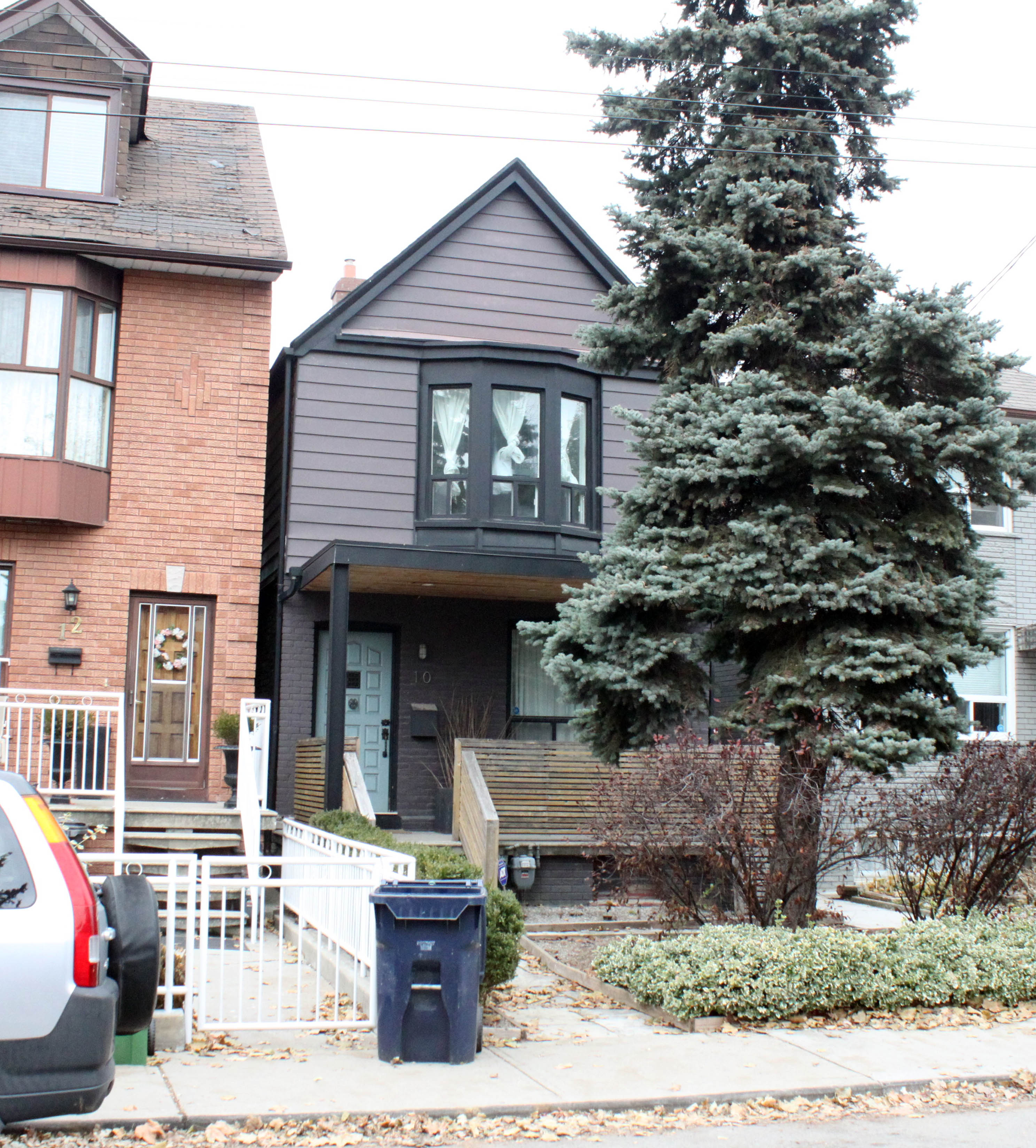 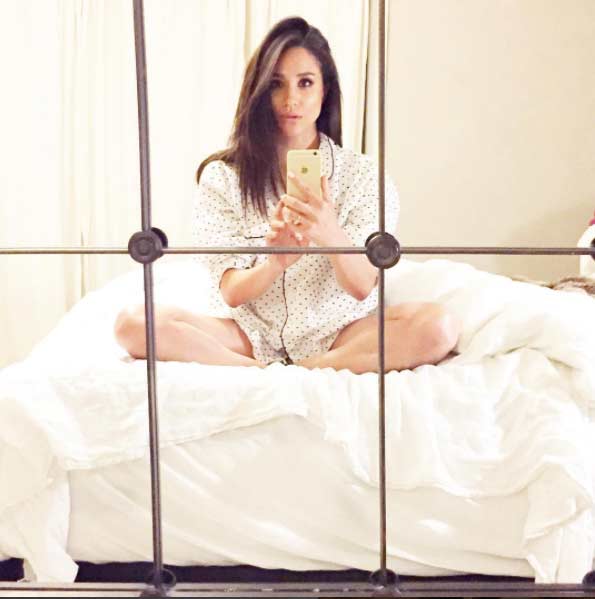 Meghan’s former Canadian home was put up for sale last December and was eventually snapped up for $1.6 million (£953,289).

The two-storey townhouse was a place Meghan called home when she was starring in Suits as paralegal Rachel Zane – and Prince Harry even stayed there when he visited his then-girlfriend in secret.

Meghan shared snaps inside the gorgeous home, which showed it had very feminine feel, with lots of flowers, gilded mirrors, a pink striped rug in the hallway and chic white furniture.

The home included an eat-in kitchen, a picturesque, landscaped garden, a basement and a two-car garage and the home was said to be “crisply ironed to perfection.” 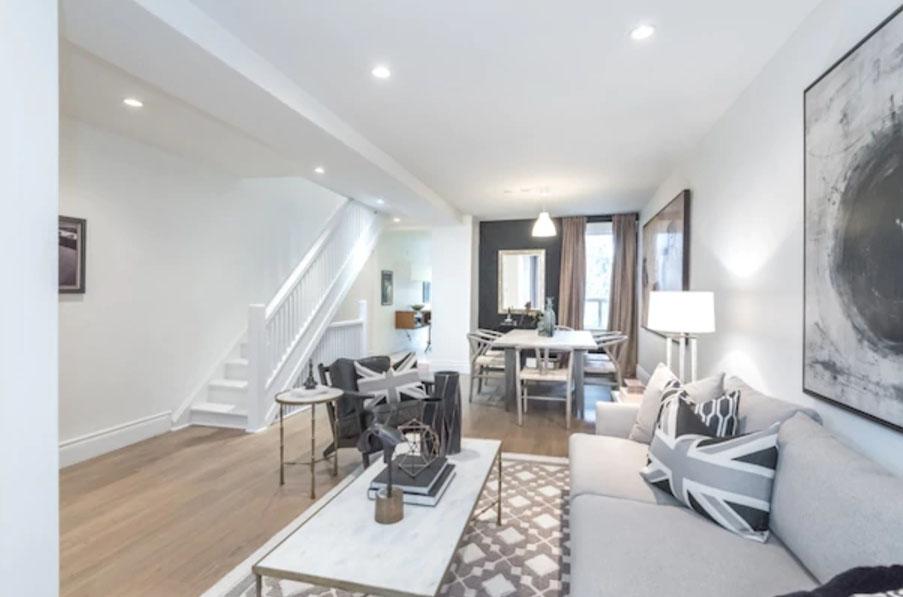 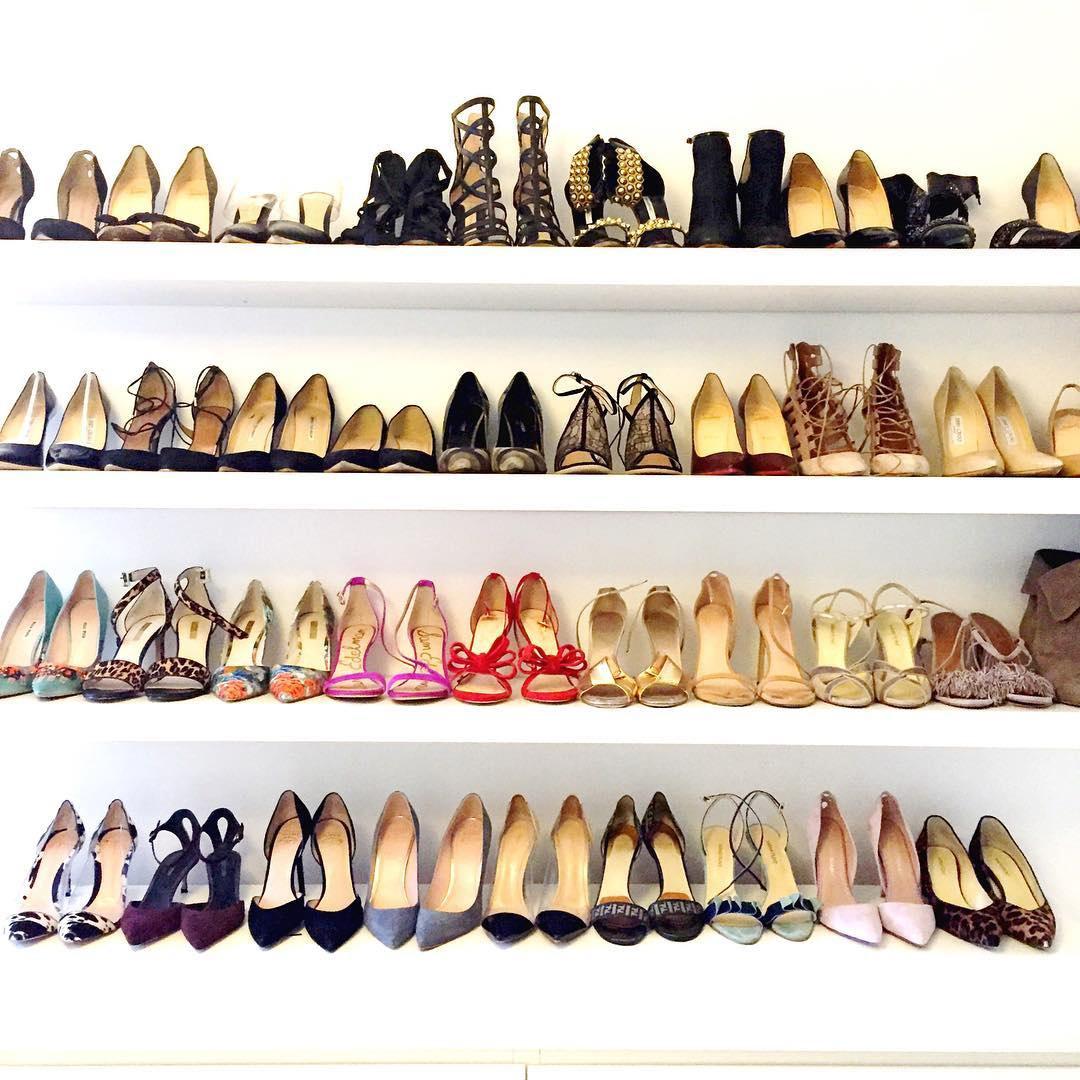 In true Hollywood fashion, the Suits starlet also had a lavish walk-in wardrobe where she devoted an entire wall to her enviable collection of high heels.

Meghan and Harry now live at Frogmore Cottage in Windsor with their seven-month-old baby Archie. 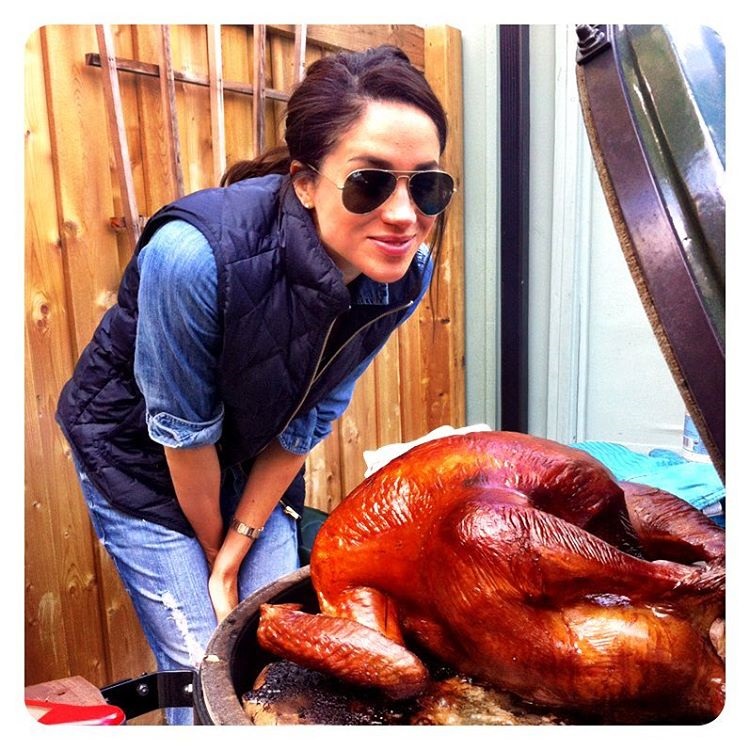 When she wasn’t acting in Suits, Meghan ran the now-defunct lifestyle platform The Tig, where she shared stories about her favourite food, places, fashion and inspiring women.

According to the website's "about" page, the name "The Tig" was inspired by Meghan's favourite Italian wine Tignanello.

The site, which was active for three years, also included celebrity interviews and details about Meghan’s resolutions.

She shut The Tig in April 2017, three months before meeting her husband. 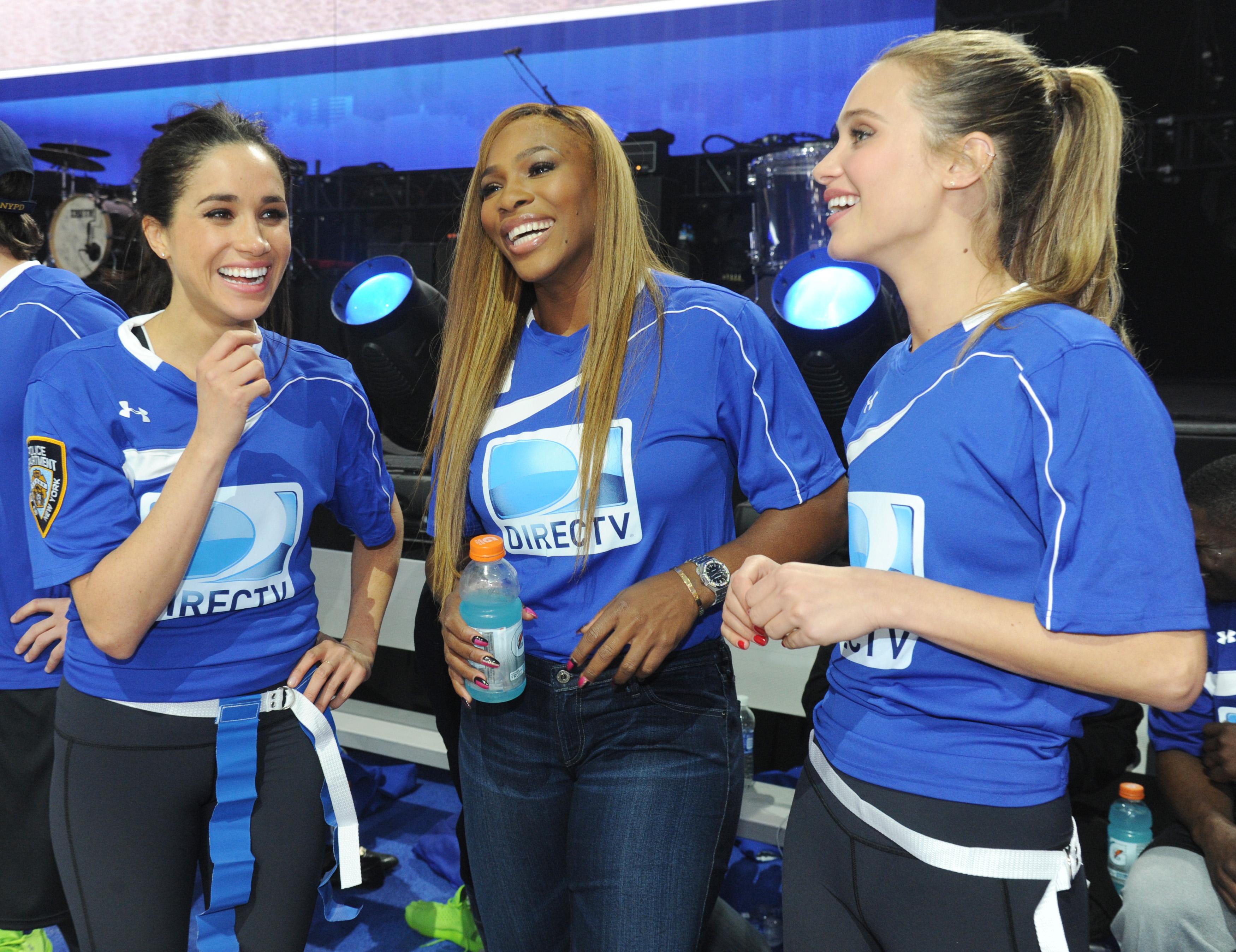 Before Meghan joined the royal family, she certainly had friends in high places.

When she wasn’t hanging out with her Suits cast members, she became close to Jessica and Ben Mulroney, who were dubbed the city’s “most polished power couple”, by Toronto Life magazine. 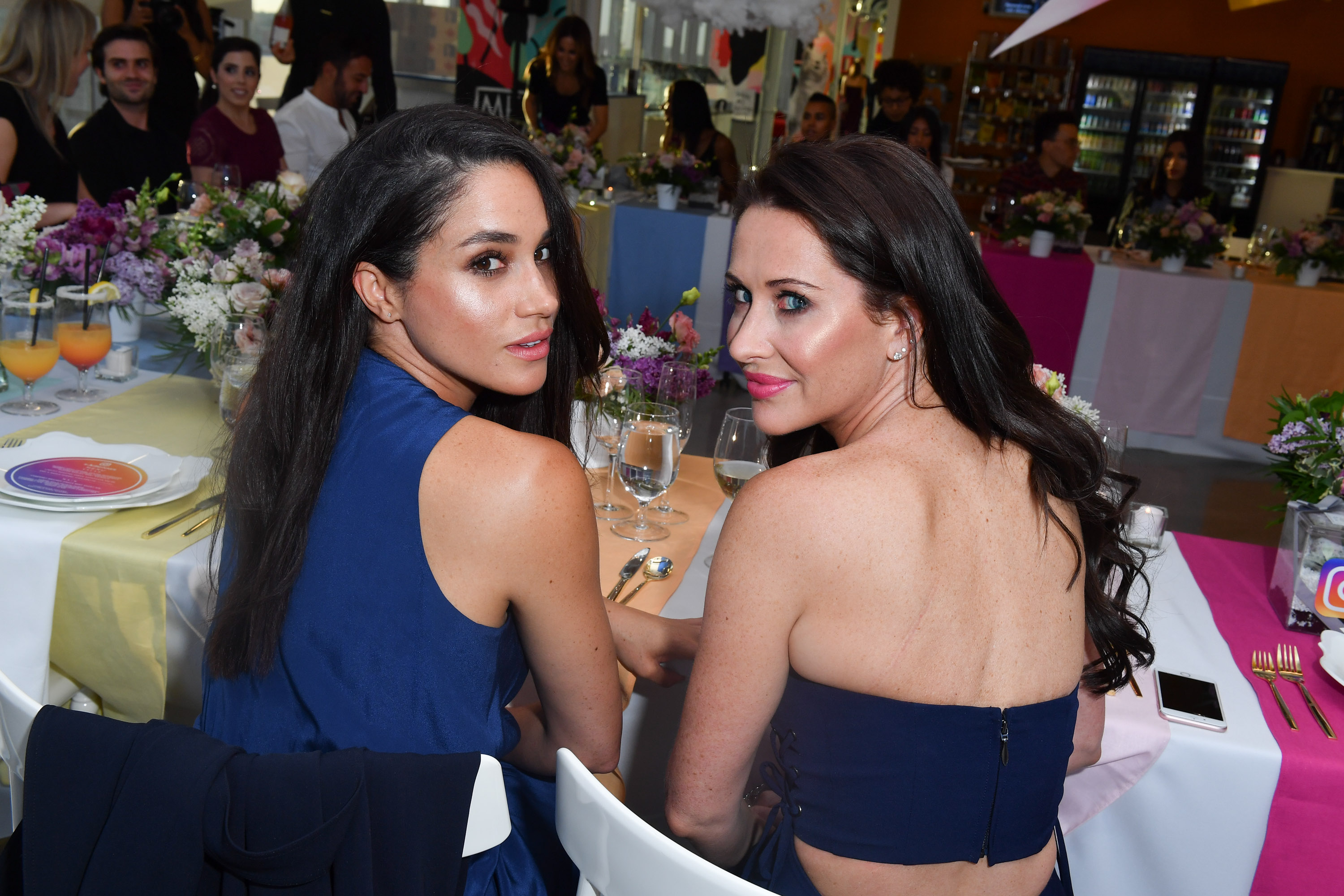 In addition to her Canadian pals, other famous friends included tennis legend Serena Williams after meeting her in 2014, and actress Priyanka Chopra, who she bonded with at an ELLE Women in Television dinner.

After befriending Soho House’s Markus Anderson, she was introduced to a host of “rich and powerful” people, including the Clooneys. 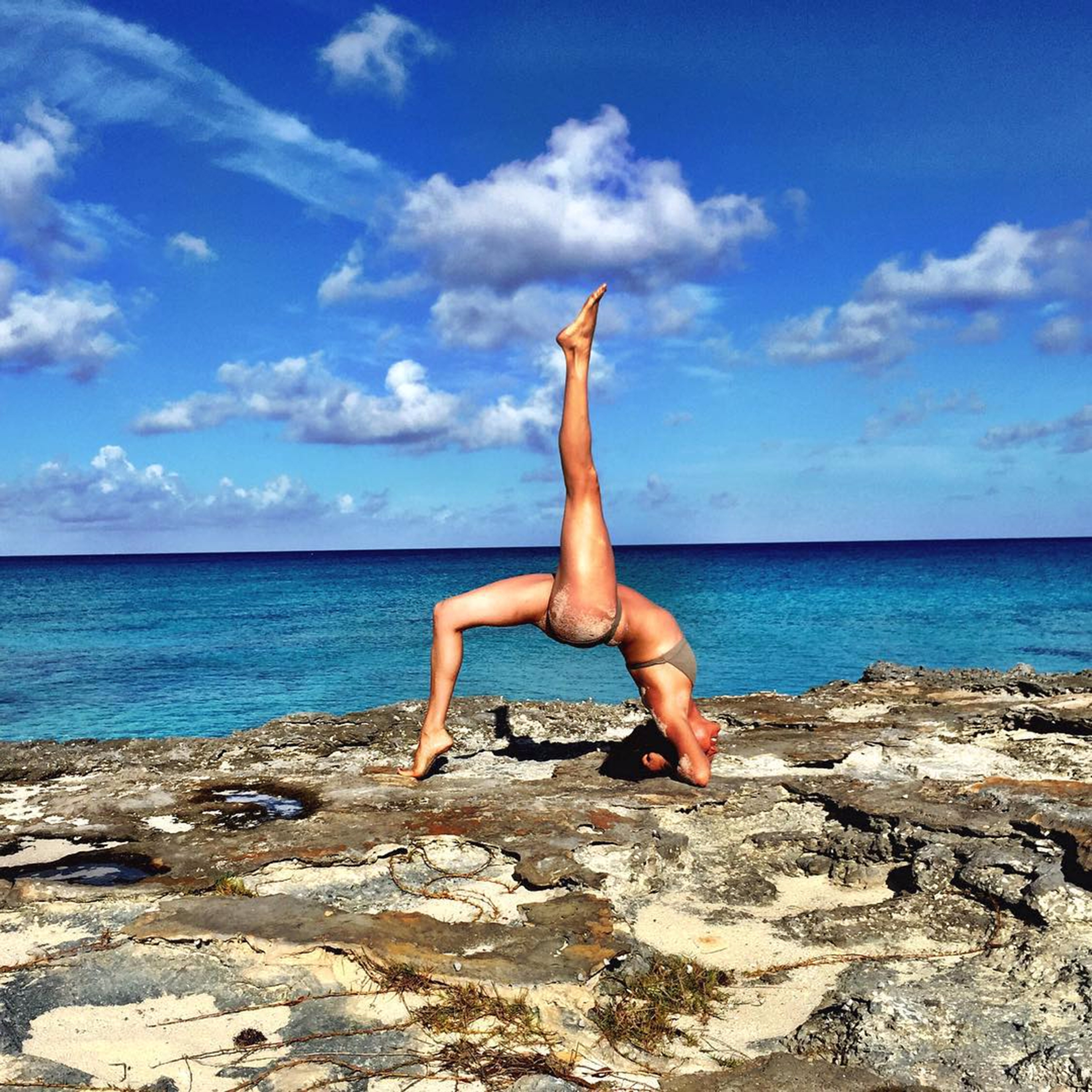 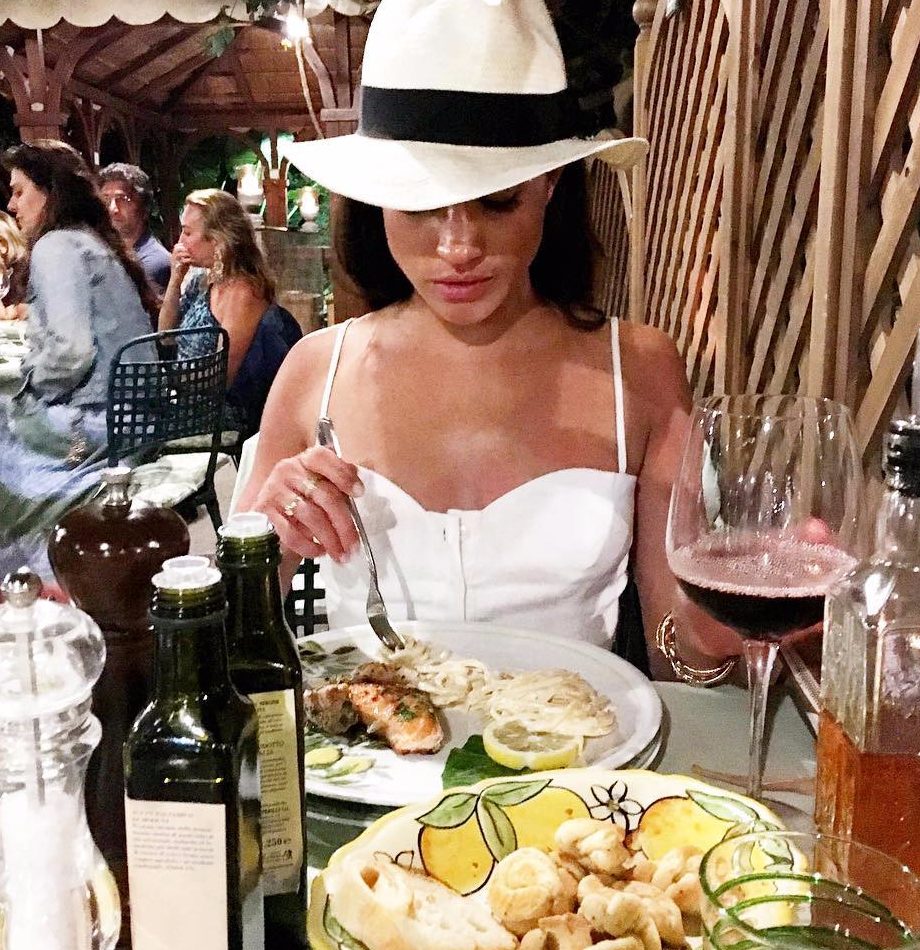 Meghan became used to the spotlight thanks to her career as an actress, but also proved to be skilled at garnering a large social media presence too.

Before she deleted her personal account in 2018 after getting engaged, she had racked up 1.9million followers, sharing posts of her travels and social activism.

Thankfully now she still gets her social media fix from the couple's @SussexRoyal account, which just hit 10million followers. 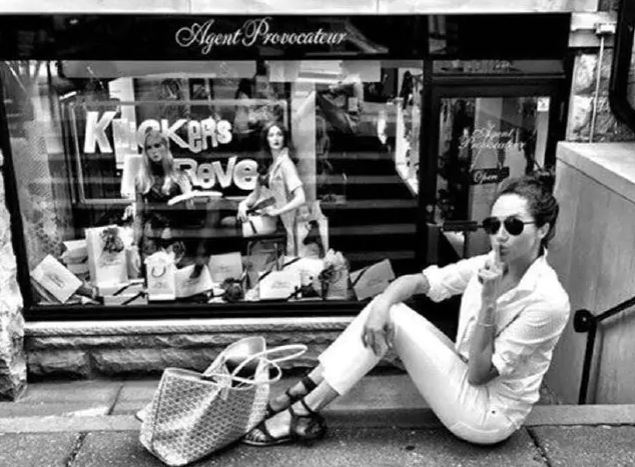 Hanging in Toronto’s most swanky venues

The actress was keen to volunteer in soup kitchens and charitable organisations when she wasn’t on set.

But she did find time to frequent some of Toronto’s top restaurants and private members clubs too, like Soho House.

Former pal Lizzie Cundy said of Meghan: "Yes, she liked to drink, she liked that side of things for sure. 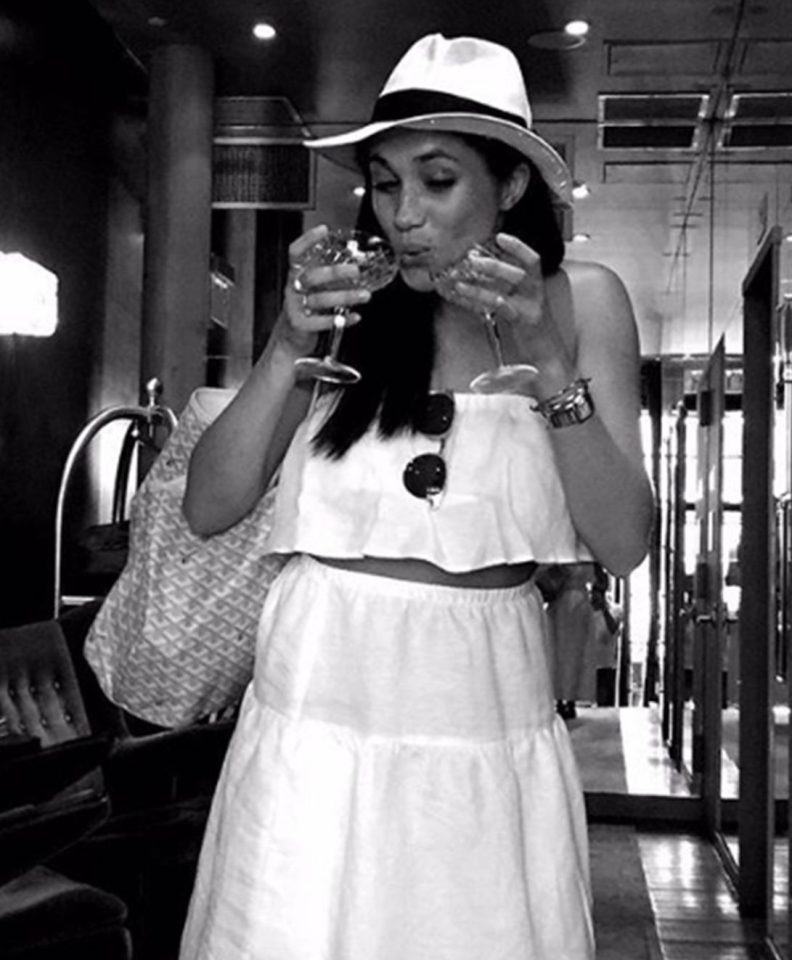 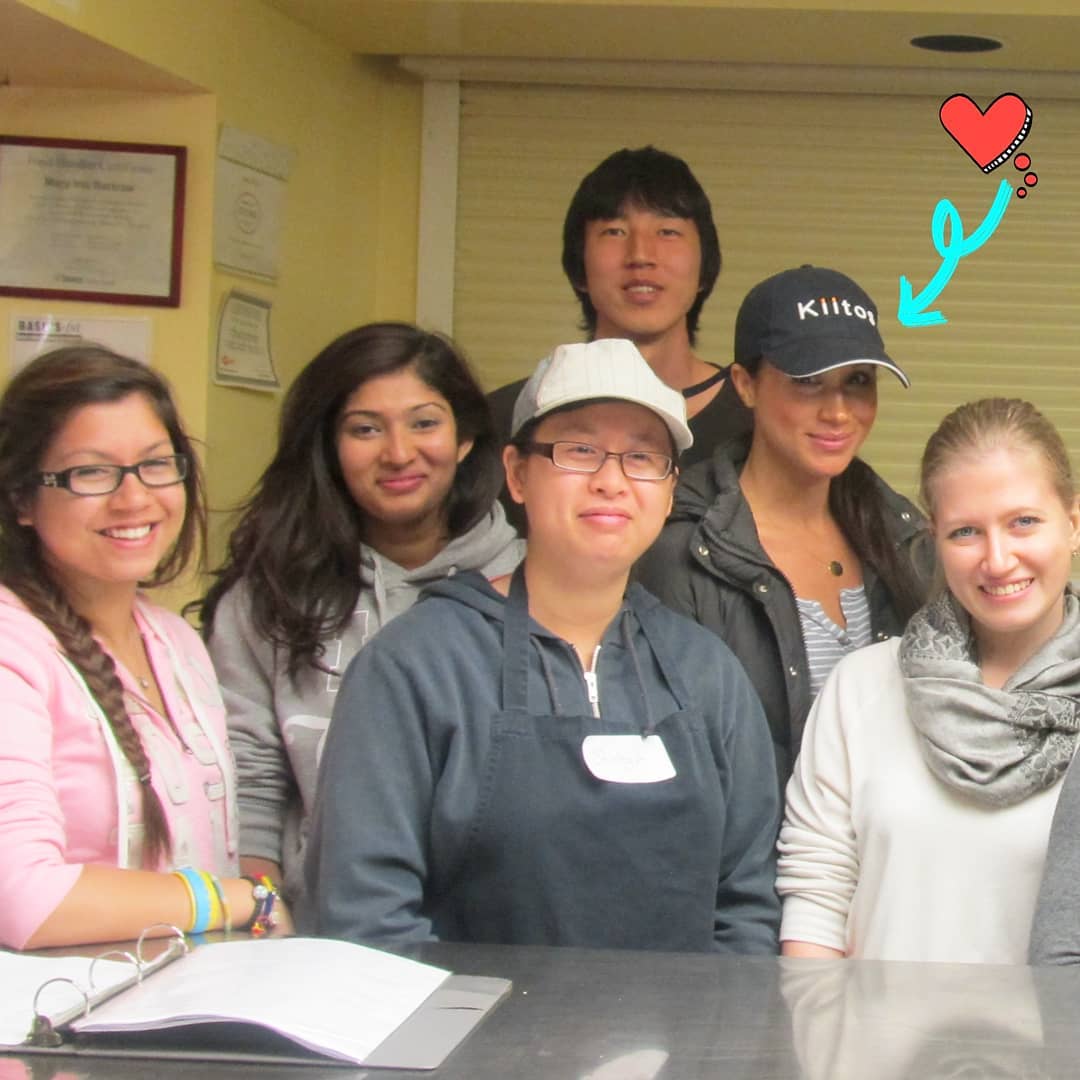 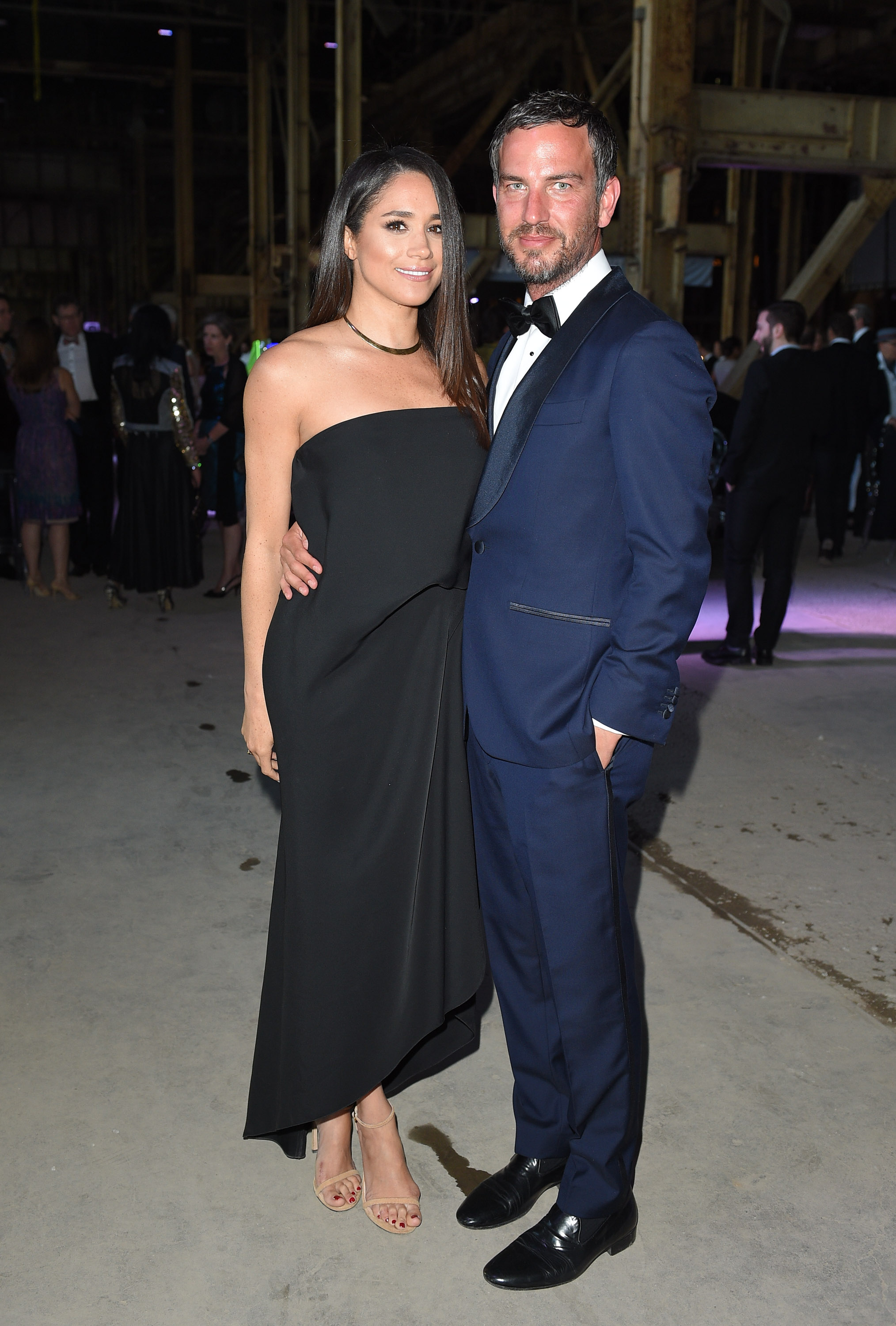 "She wasn’t that type of person who was like I’m just drinking water I need to go home early. She was out staying late, having a dance, enjoying it."

Meghan is a huge foodie too, often sharing photos of her home-cooked dishes or meals she enjoyed out in the city.

And she even proved her love of ice hockey too, watching the Toronto Maple Leafs beat the New York Rangers, according to biography Meghan: An American Princess. 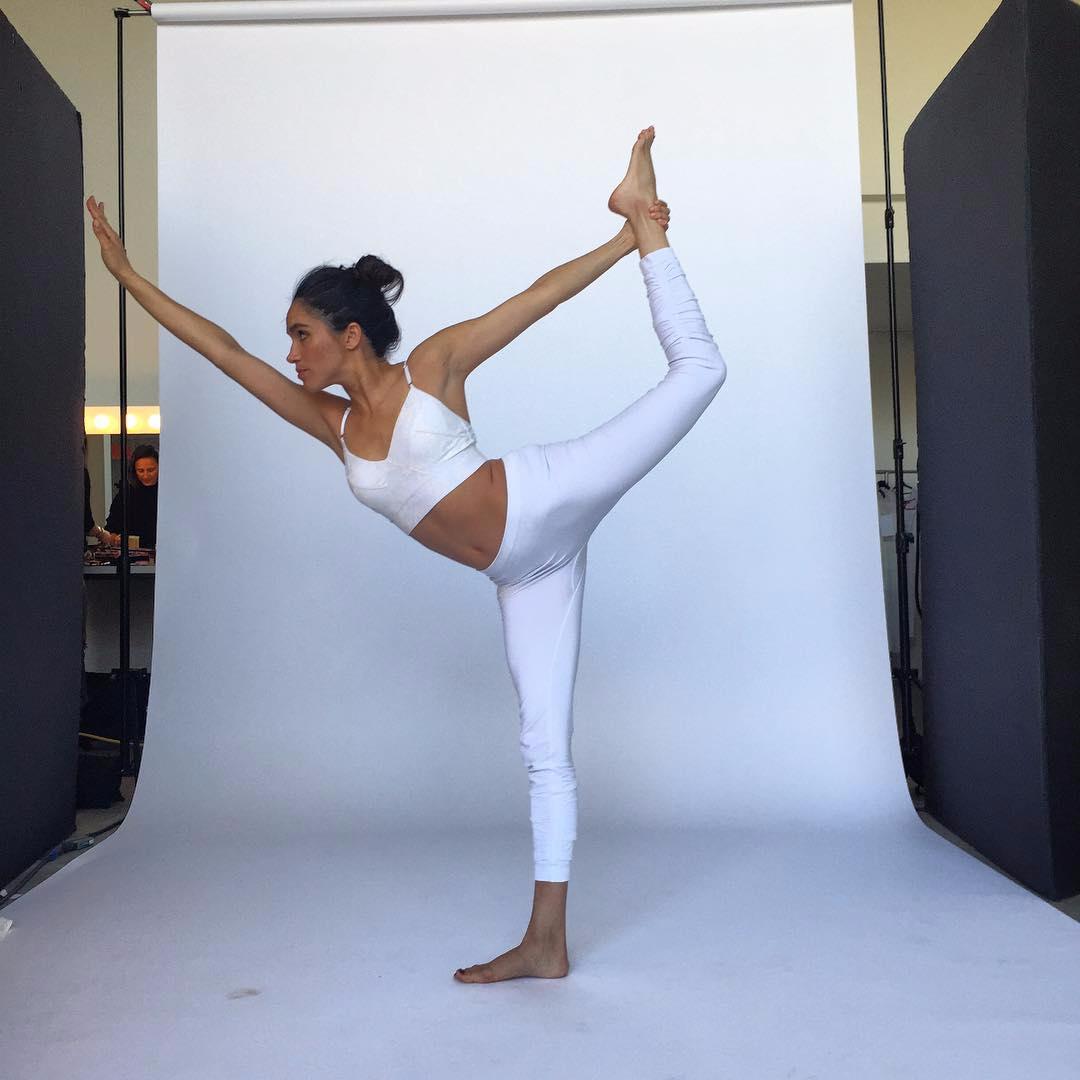 With a yoga-instructor for a mum, it’s no surprise that the duchess loved the discipline since she started at the age of seven.

She continued this in Canada, and previously said: "I love an intense vinyasa class – and even better if it’s blasting hip hop and done in a dark room with candlelight.

"The best! I’ll do yoga a couple of times a week – hot yoga specifically.”

Nobody rocks a pair of denim cut-offs like Meghan, and her princess-perfect pins are probably because one of her favourite exercises is a six-mile run.

She said: “Running has always been my form of moving meditation, which I relish because it allows me to get out of my head."

Hanging with her dogs 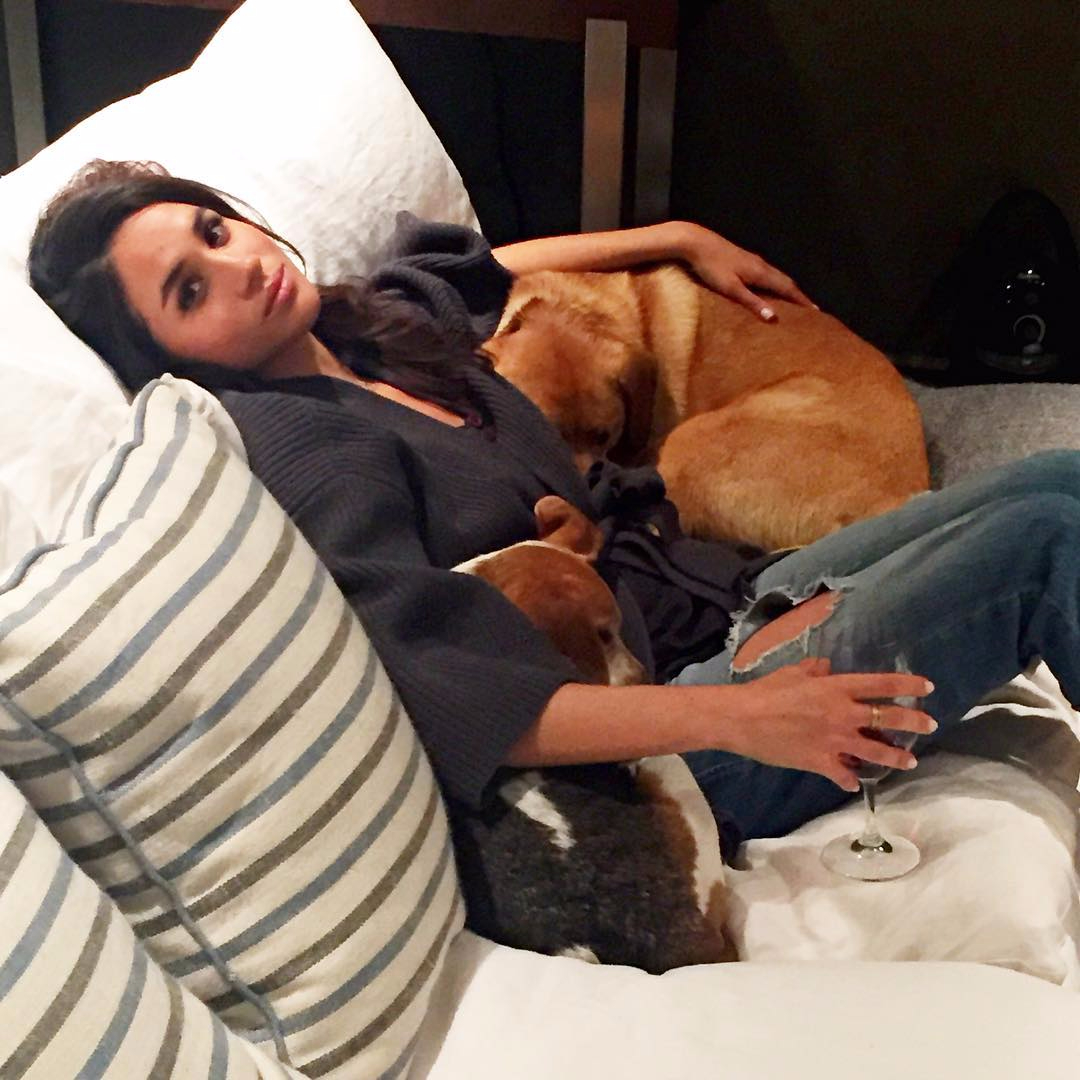 Animal lover Meghan made sure her life in Toronto included plenty of time with her pooches Bogart and Guy.

She shared numerous pictures of the sweet dogs on her Instagram before it was deleted.

Meghan is said to have been heartbroken when she had to leave Bogart, her beloved Labrador-German Shepherd mix behind when she moved to the UK.

Guy was flown over but Bogart was thought too old to make the long plane journey so was given to pals to look after.

It was revealed that Meghan and Harry have a new dog in their home in London. 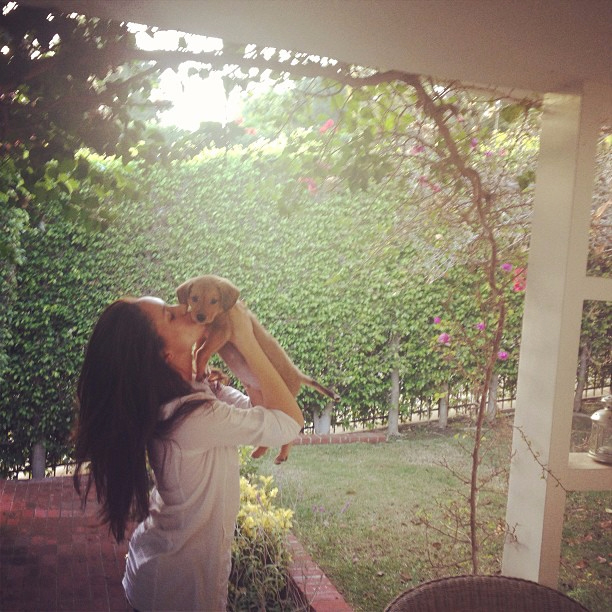 We shared how Meghan and Prince Harry can’t keep their hands off each other as they return to duty after bumper six-week break.

The Sun exclusively revealed that Archie celebrated his first Christmas in an exclusive corner of Vancouver Island – 5,000 miles away from the rest of the Royal Family.

As they vacationed they were spotted by a couple who were struggling to take a photograph of themselves with a selfie stick – with Meghan and Harry offering to take the shot.