Kate Middleton has a £30,000 ruby ring with a subtle nod to the Queen

Kate Middleton, 38, will usually dress up her outfits with pieces from her jewellery collection. She has a ruby ring, necklace and earrings set that could have a special meaning to the Duchess of Cambridge.

Kate is no stranger to wearing lavish jewels and pieces with royal significance.

When she got engaged to Prince William, she was given a sapphire and diamond engagement ring that she usually wears for all appearances.

The mother-of-three is also rarely spotted without her wedding band, which is made from Welsh gold.

Kate has worn a ruby jewellery set for official engagements over the years. 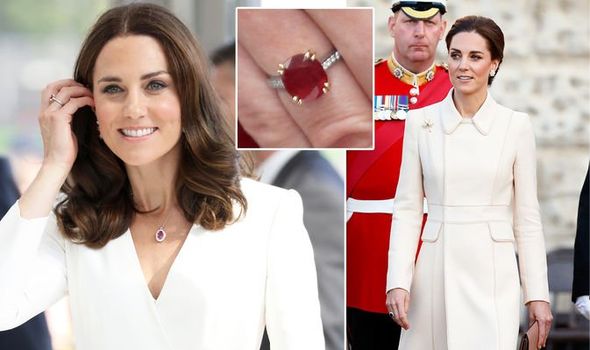 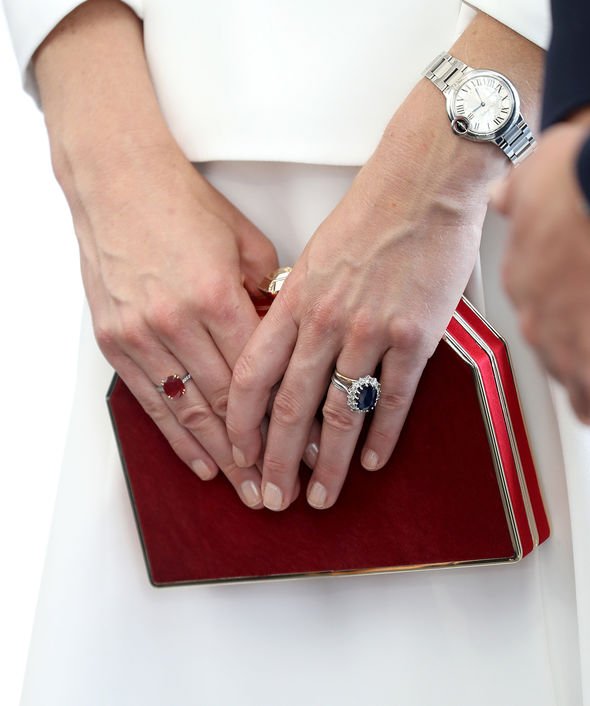 Speaking to Express.co.uk, she said: “The Duchess of Cambridge added some sparkle to her gorgeous co-ord with a beautiful ruby and diamond cluster pendant and matching ring.

“The Ruby is set in white gold with diamond channel set shoulders and yellow gold claws, and looks to be about 5cts.

The stylish matching pendant could also have a whopping price tag and be worth as much as £20,000.

“The complimenting all white gold, diamond and ruby pendant looks to show off a 2.5ct stone,” Alexandra added.

“Compared to the deep red ruby in her ring, it seems to slip into a pinker hue, giving it a lively flash of colour. I’d expect this to be worth in the region of £20,000.”

While the jewellery set does not seem to be part of the royal collection, it could have a regal link. 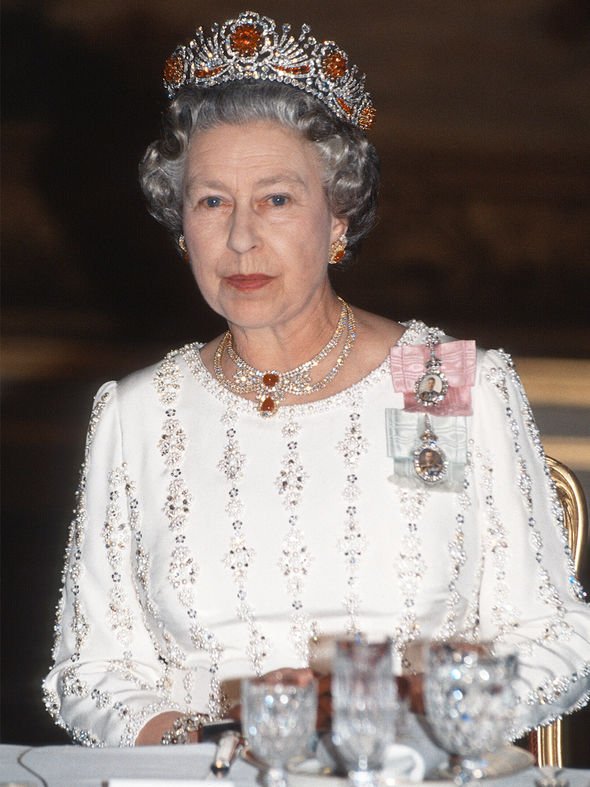 The set features similar diamond and ruby detailing to the Burmese Tiara, which has been worn by the Queen many times.

Alexandra said: “The Burmese Tiara is a fairly modern addition to the Crown Jewels, in comparison to the extensive royal collection.

“In keeping with monarchical tradition, the Queen, Elizabeth II, made use of an existing piece and ordered a new Tiara with Garrard in 1973.

“She re-purposed a wedding gift from the 7th Nizam of Hyderabad, who had in fact gifted her a shopping trip in Cartier.

“The gift in question was a flourished diamond Tiara and Necklace from the 1930s, but only diamonds from part of tiara were used to make her new Ruby diadem. 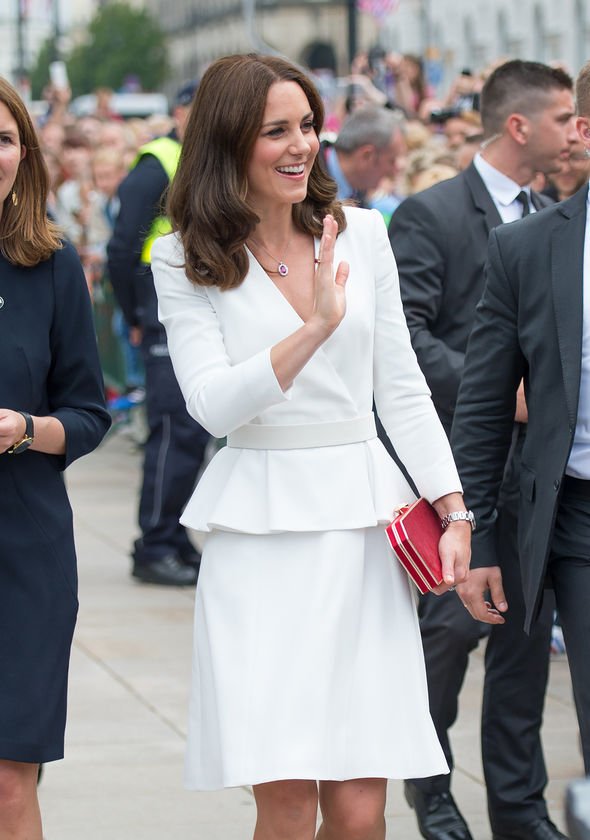 “The missing ingredients were a collection 96 rubies said to protect against the 96 bodily afflictions and ward off evil, which were another wedding gift, this time from the people of Burma.”

The expert explained the combination of rubies and diamonds seen on both Kate and the Queen have patriotic symbolism.

She said: “The whole was designed into the classic Tudor Rose interlinked with diamond and ruby sprays; a strong patriotic emblem.”