KATE Middleton will make a surprise appearance on Blue Peter tonight and will display her green fingers in the garden.

The Duchess of Cambridge, 37, will get dirty building a den with children, as she launches a royal garden competition. 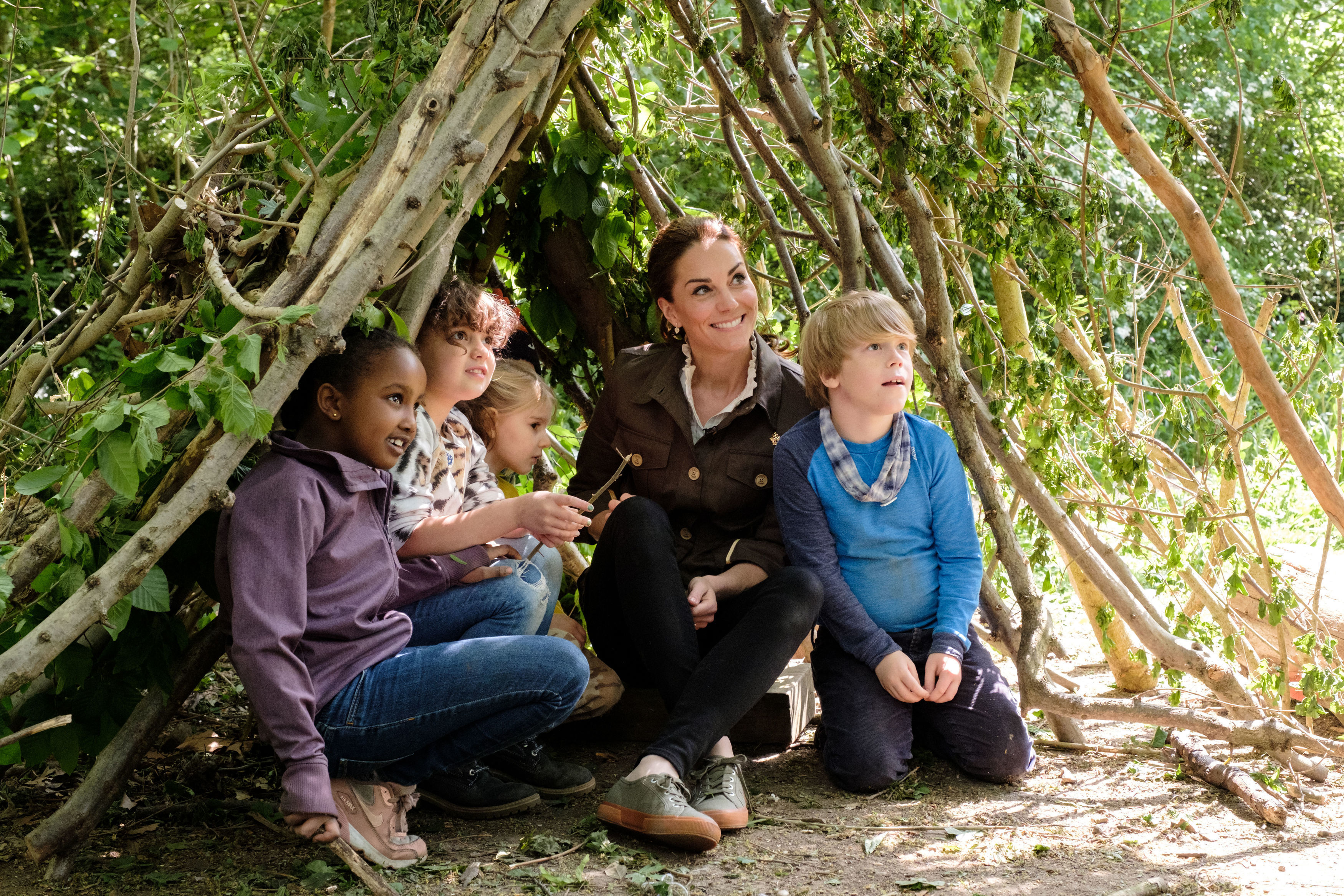 She has also been awarded the highly-sought after honour of a second Blue Peter badge to add to her collection; the green badge for her efforts to get families back in nature.

The long-running children’s TV show released a clip of Kate ahead of the launch, which will encourage kids to design a sculpture to go into her Back to Nature garden in September.

The mum-of-three can be seen pond-dipping and collecting branches with the kids on the show in order to construct their den.

Kate, dressed in a khaki jacket, helps a little boy with a large branch for their tepee den, with Blue Peter presenter Lindsey Russell saying: “Team Catherine how are we getting on over there?” 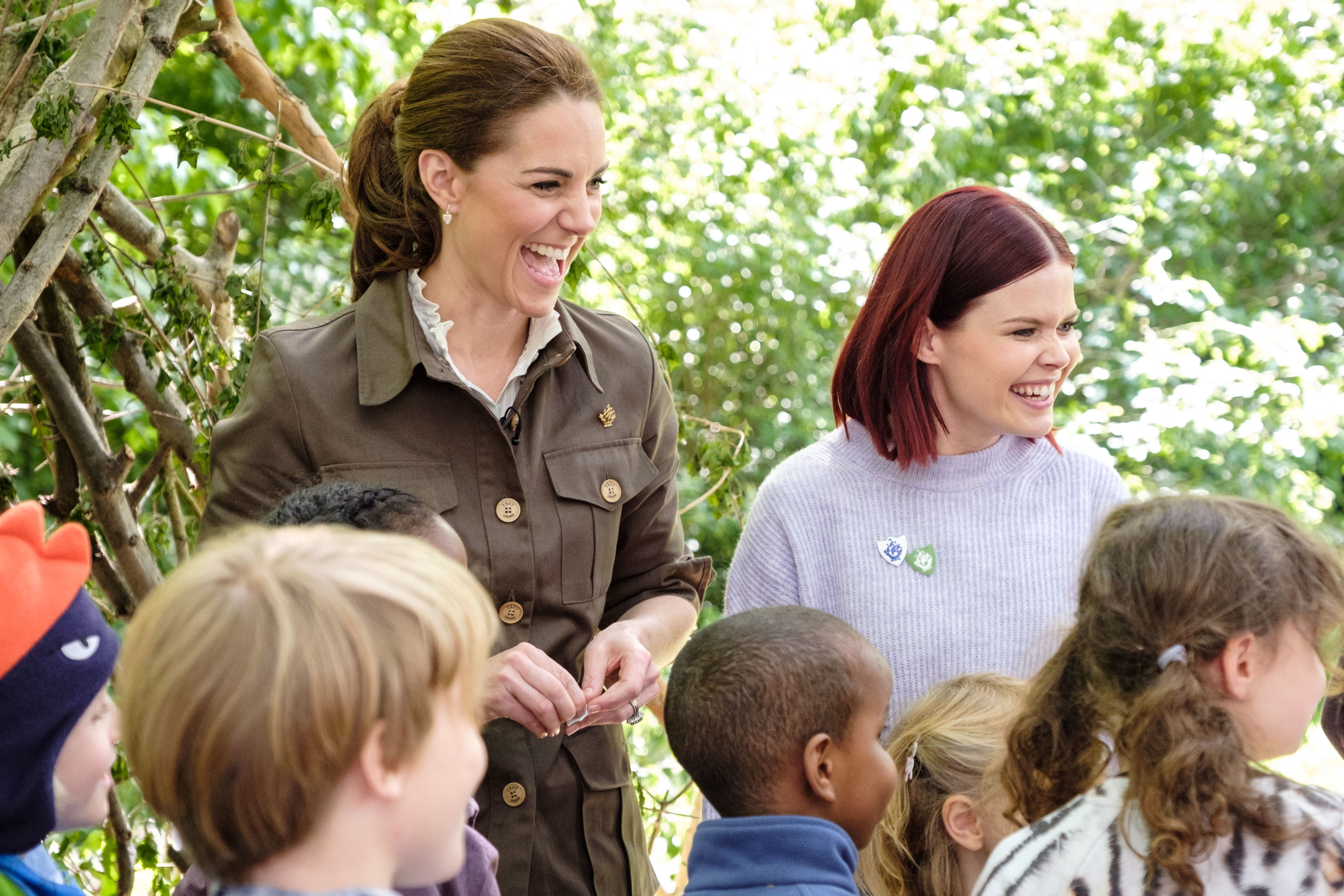 Kate replies: “Not bad, we have a few holes over here.”

Lindsey then praises Kate’s little team for their den, and says: “Top marks for creativity.”

Kate is a passionate lover of the great outdoors, and told Lindsey that she has tried to encourage this for George, Charlotte and Louis.

Speaking on the show, the duchess says: “Rain or shine, they’re dragged outside. It’s great.

“It encourages creativity, confidence and even a short amount of time – 10 or 15 minutes – makes a huge difference to physical wellbeing but also to our mental wellbeing.” 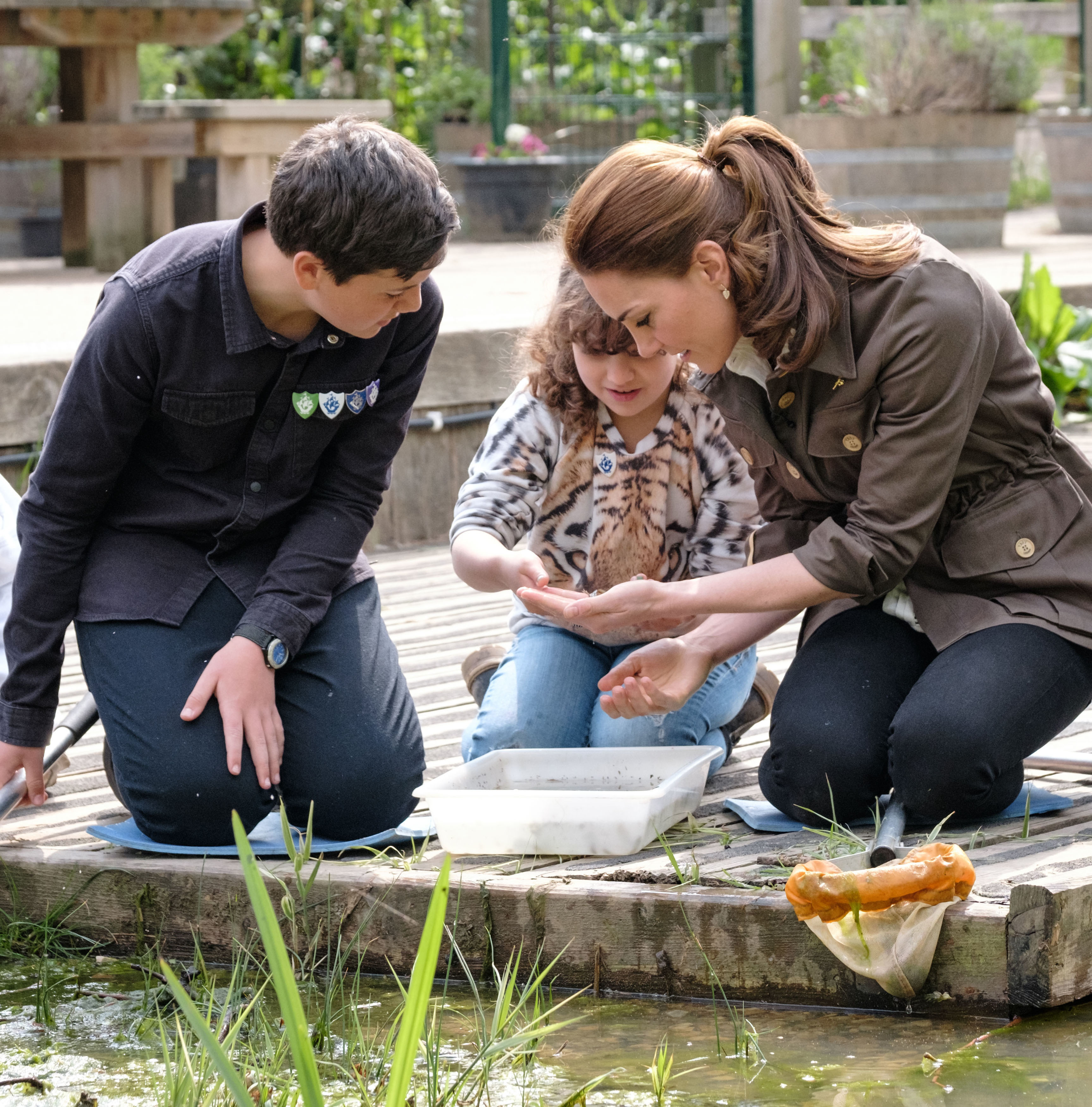 Kate also tells the excited Blue Peter kids that pond-dipping is “massively up my street”, and helps the children hunt for newts and tadpoles.

The competition will launch on Blue Peter on CBBC today at 5.30pm with the special film that Kate made with local school children at Westminster City Council’s Paddington Recreation Ground.

It will run until Tuesday June 25 at noon, with the winning entry having their sculpture built and installed at The Duchess’s garden at RHS Wisley in September.

The garden at Wisley will be inspired by The Duchess’s RHS Back to Nature garden, which was showcased at the Chelsea Flower Show last month. 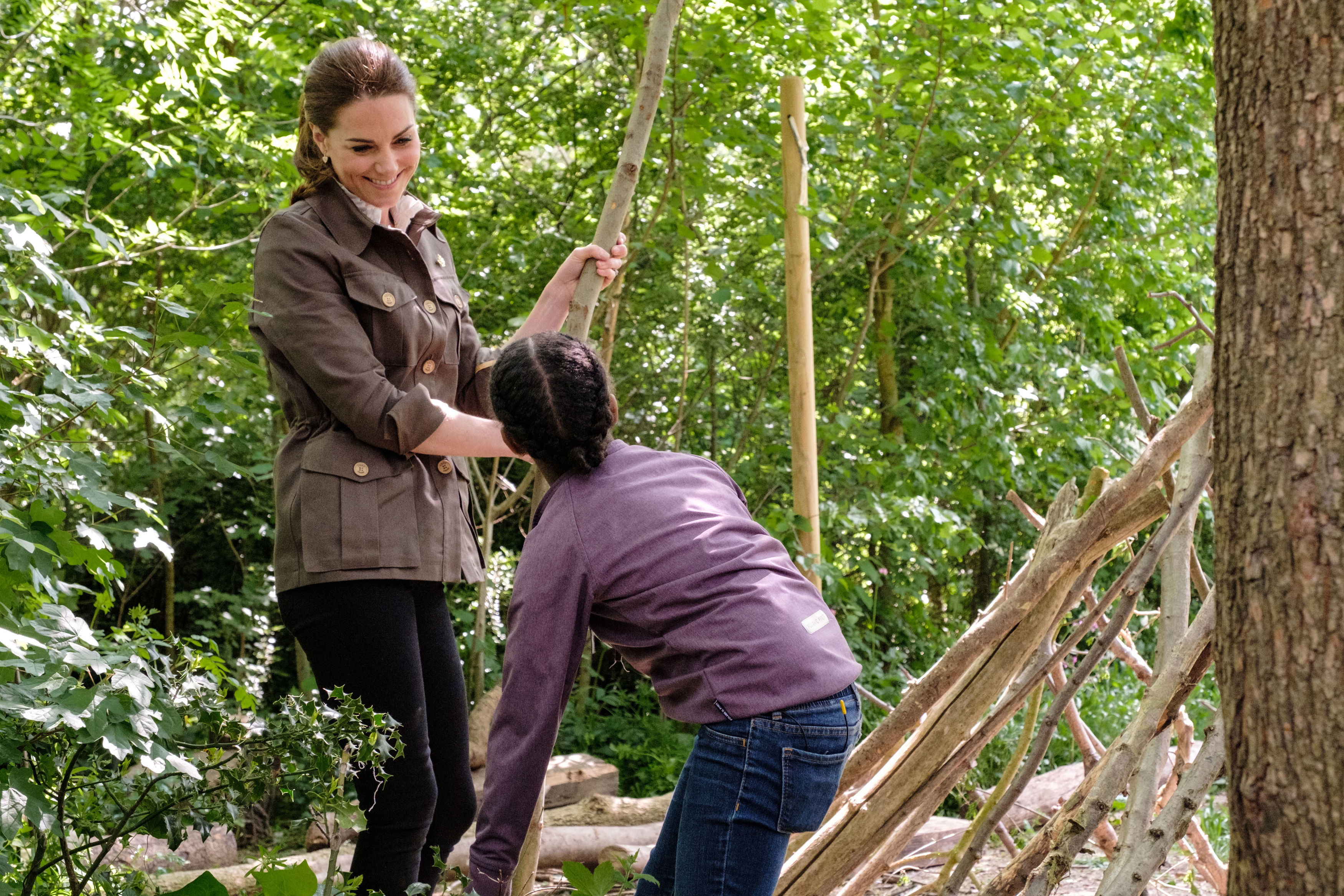 She also has her gold Blue Peter badge, which she was awarded alongside Prince William in December 2017, proudly pinned to the front.

The gold batch is the most prestigious, and was awarded for their campaign work around mental health, and William described the honour as “very, very special.”

We shared how Duke of Cambridge desperately tried not to laugh at RAF Centenary service before cool Kate caught him giggling.

This week, Kate Middleton roared with laughter as she goes sheep shearing with Wills in the Lake District.