MARY Berry has revealed that Kate Middleton was “very nervous” about starring in their joint Christmas special in December.

The Duchess of Cambridge, 38, paired up with the TV chef, 84, for BBC’s A Berry Royal Christmas, and impressed Mary Berry with how down-to-earth she is. 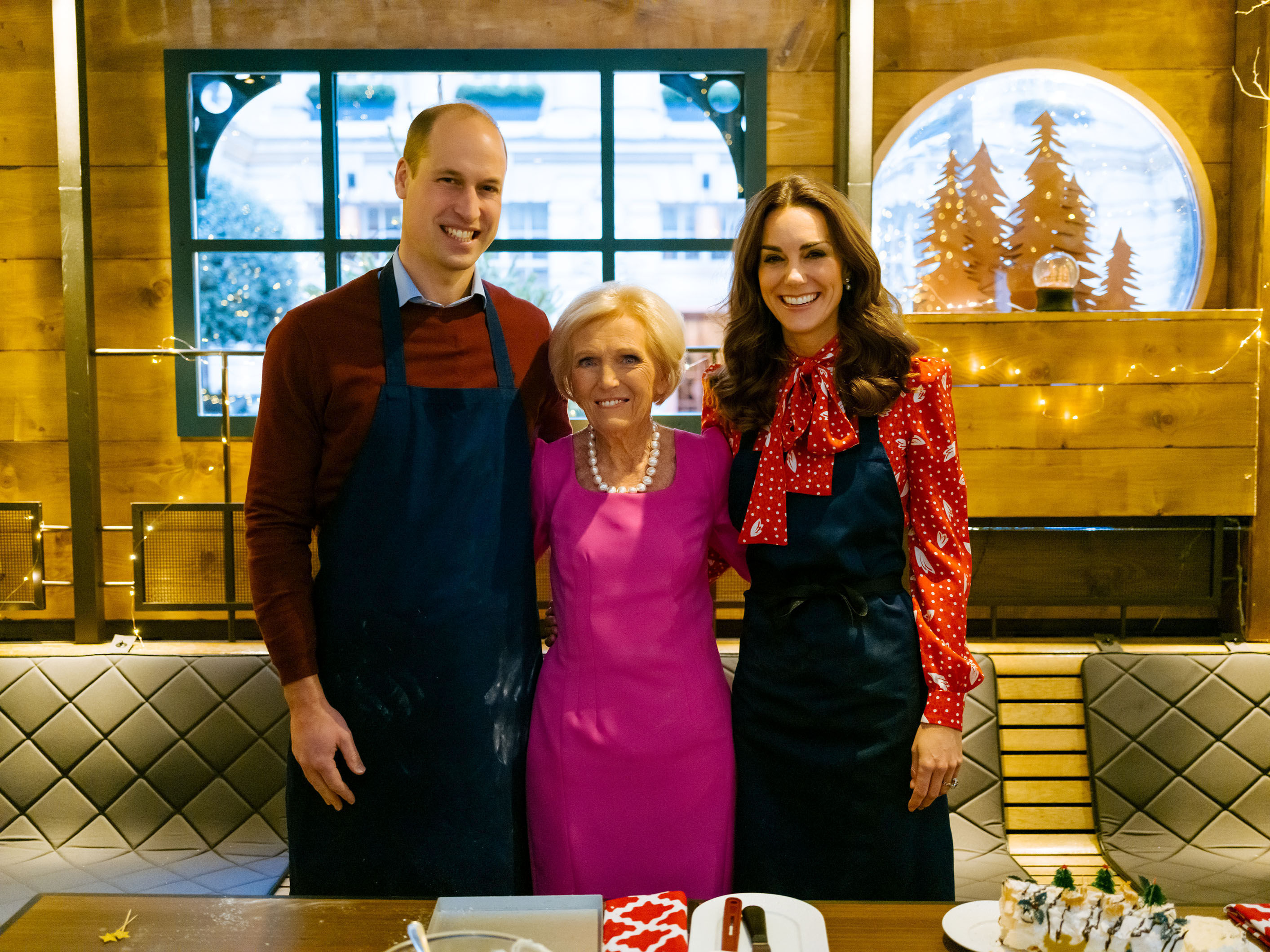 Mary described Kate on chat show Lorraine as a “normal mum” who is “just like you and I”.

The former Bake Off guru said Kate and William, 37, are a “really lovely” couple who “love each other” and want to do “all they can” for Britain.

One of the ways Kate impressed Mary was how she stays up late before her children’s birthdays to bake them cakes.

Mary said: “It was such a huge honour [meeting the couple]. 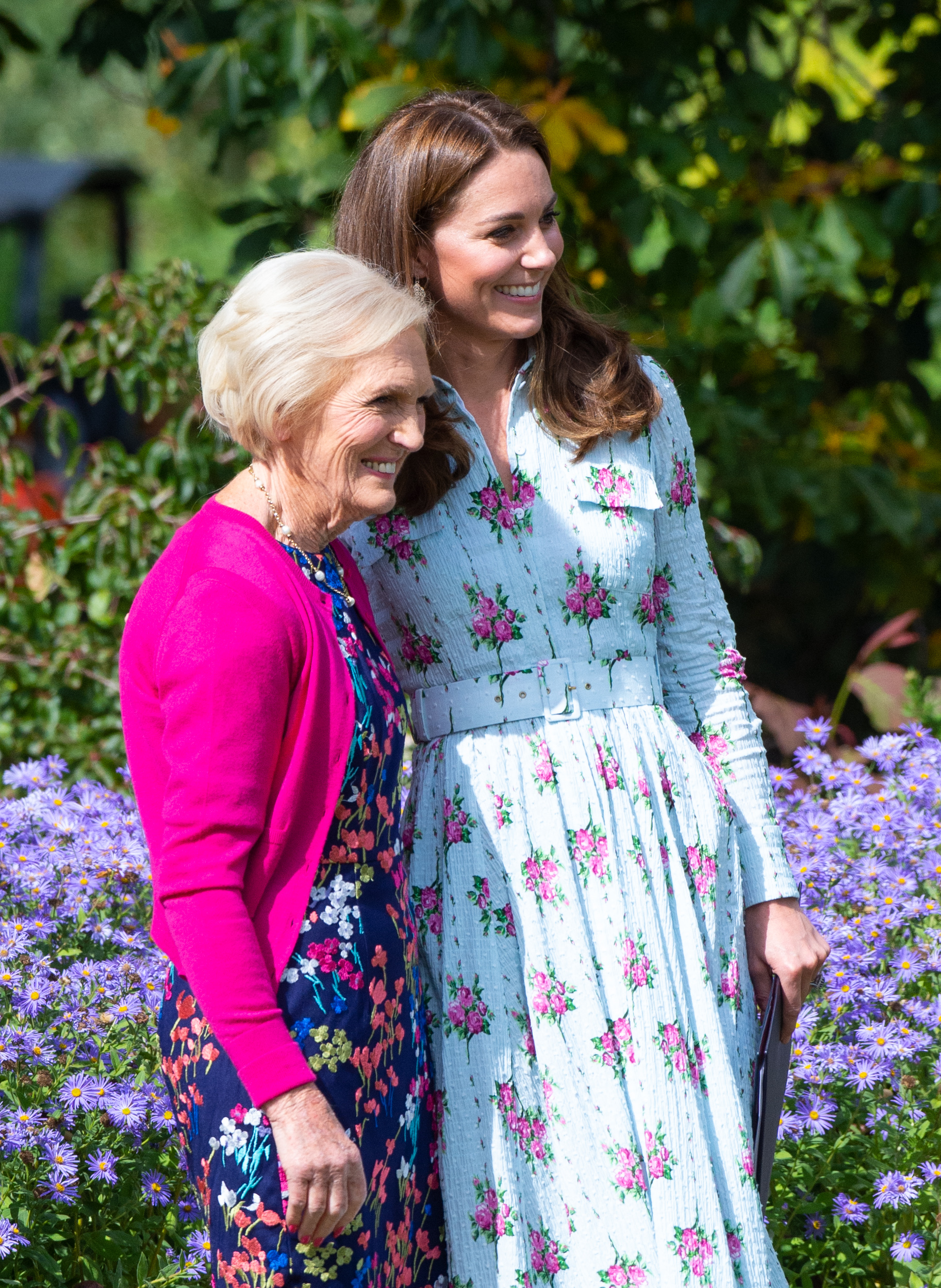 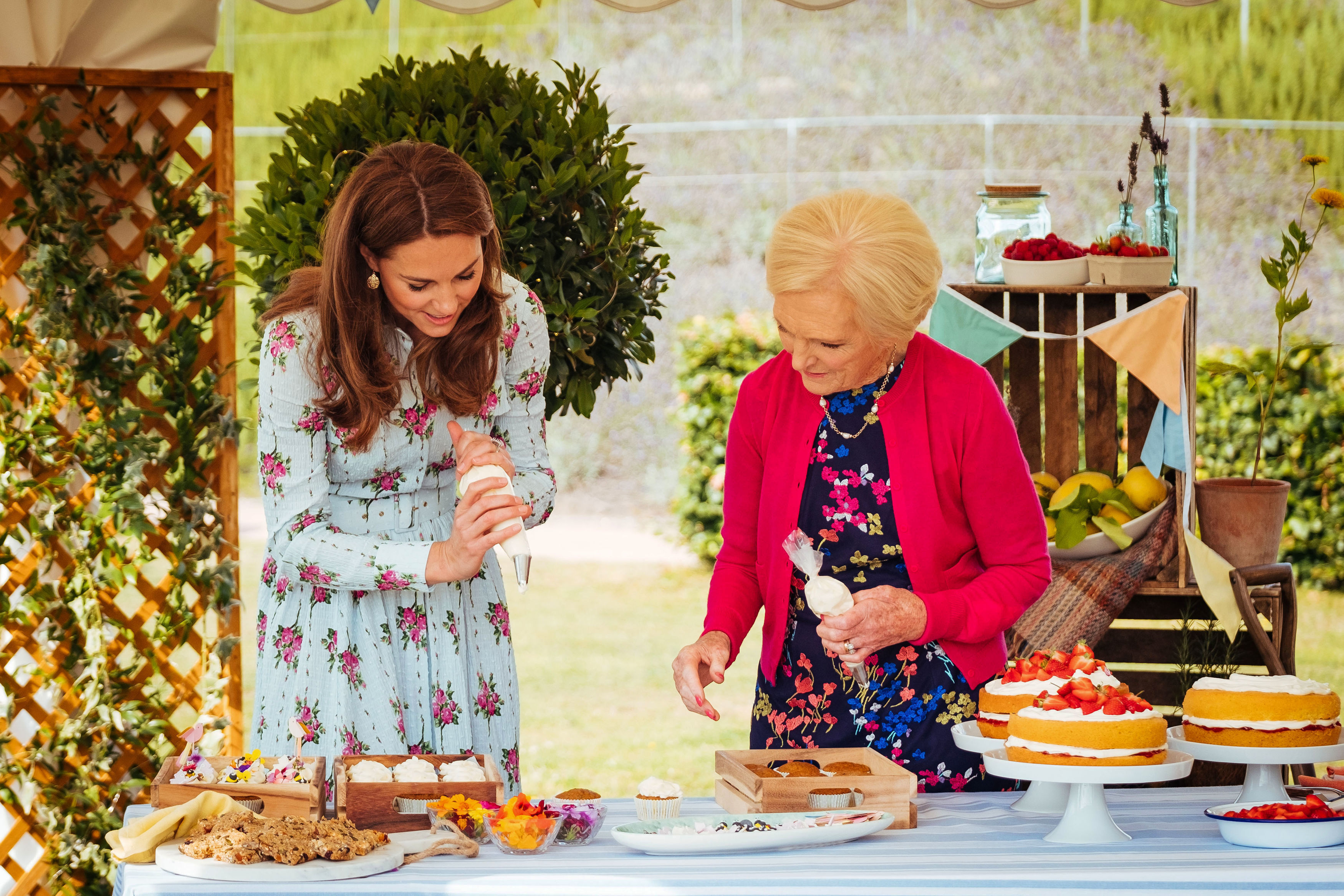 “They are just like you and me a really lovely couple, they love each other and they want to do what they can for their country.

“I promise you Catherine said ‘I'm nervous’ and I said 'what do you think I am!'”

Mary was asked about Kate’s piping skills, and said: “She is good at piping and of course it's her birthday today and she makes her own children's birthday cakes,  just like a normal mum.”

This one-off special followed Kate and Wills as they visited charities they support accompanied by cookery legend Mary, with some seasonal bakes and a party sprinkled in.

Mary joined Kate and William on four special visits to charities the royal couple support and met with the inspiring people whose lives have been helped, particularly at Christmas time. 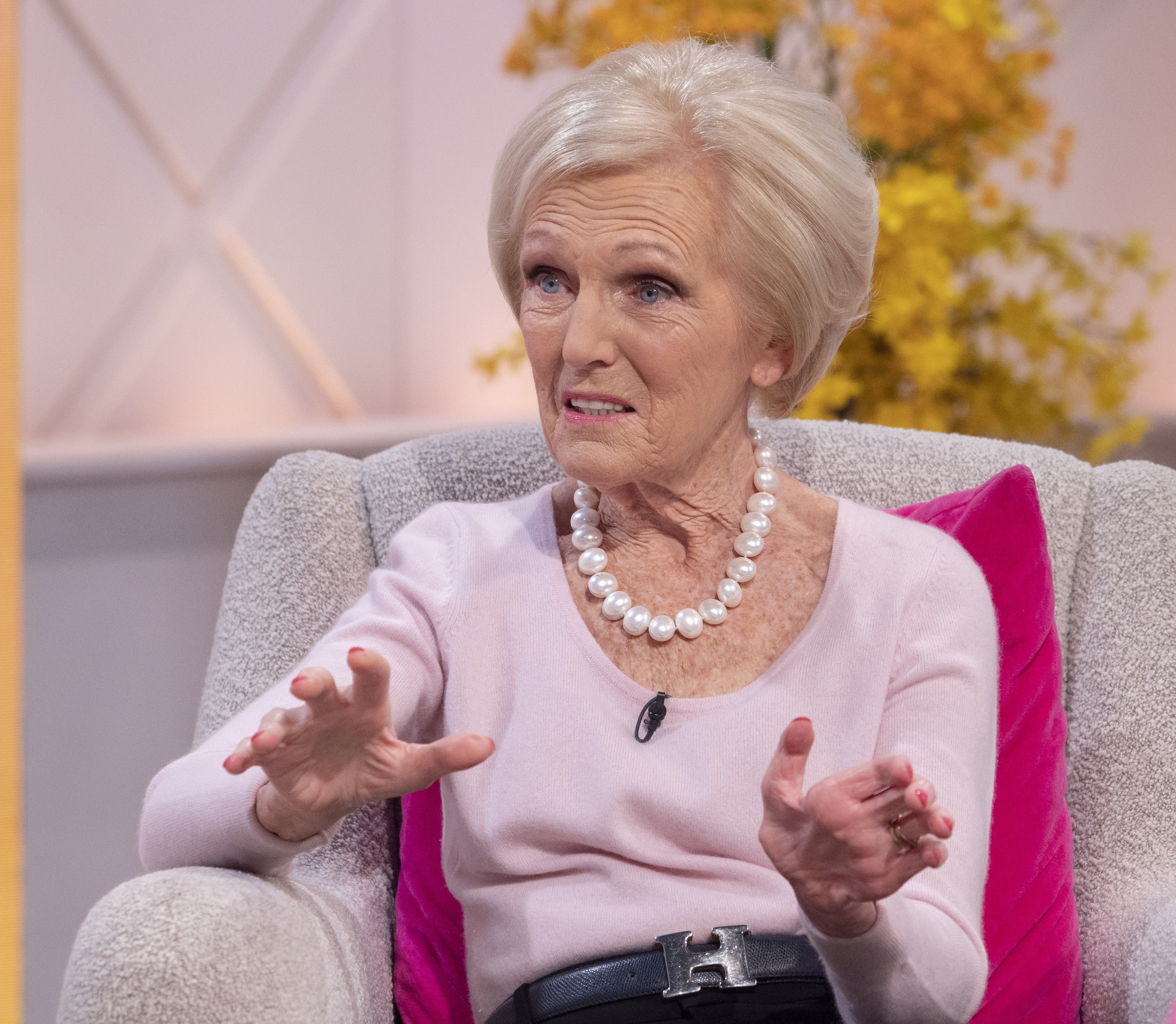 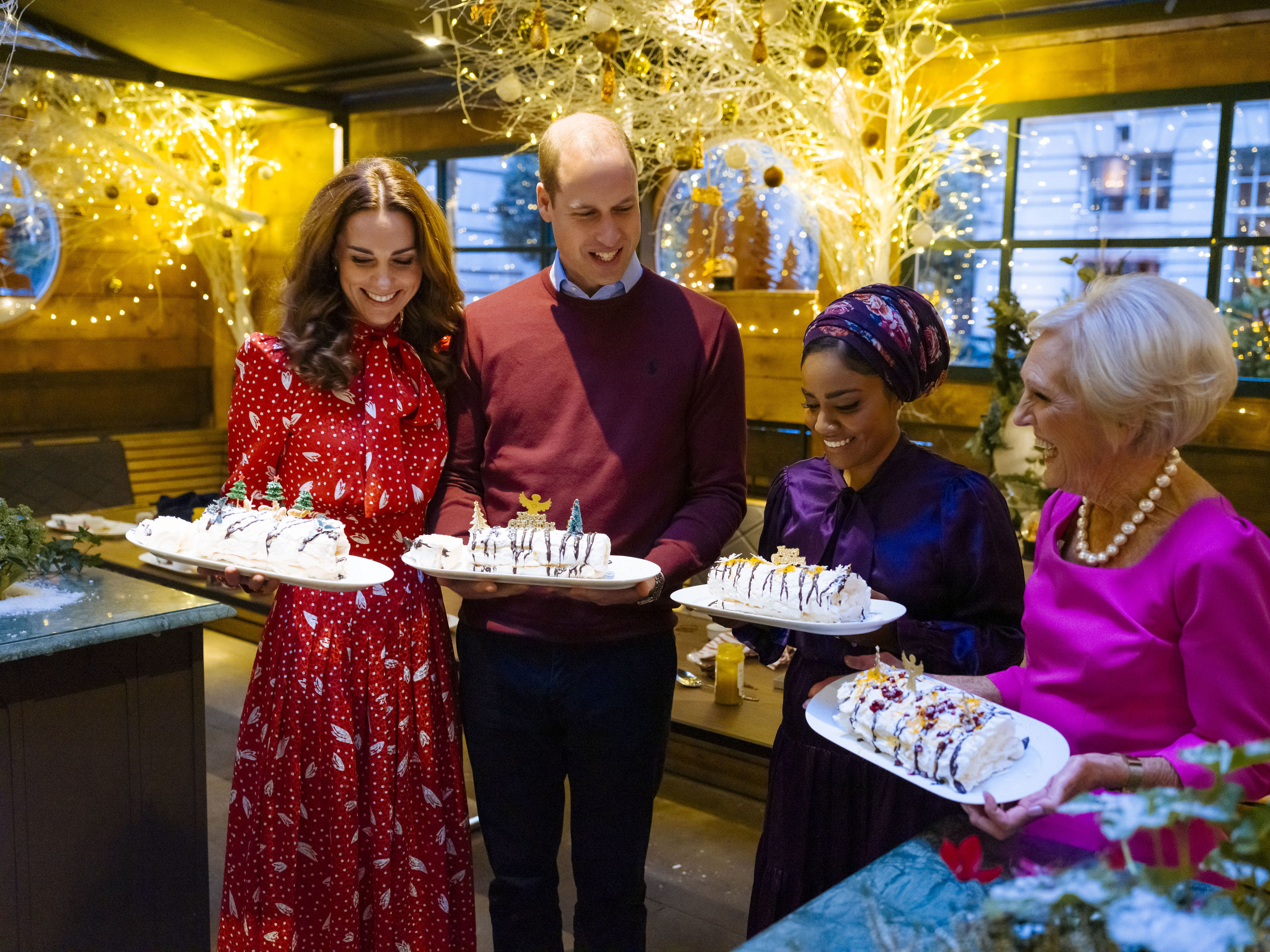 On the show it was revealed that the duke used to try and impress Kate at university with his cooking.

Mary asked Kate during filming: “Does William ever cook for you?”

The duchess replies: “He sometimes does actually. He’s very good at breakfast.

“In university days he used to cook all sorts of meals, I think that was when he was trying to impress me Mary. Things like bolognaise sauces and things like that.” 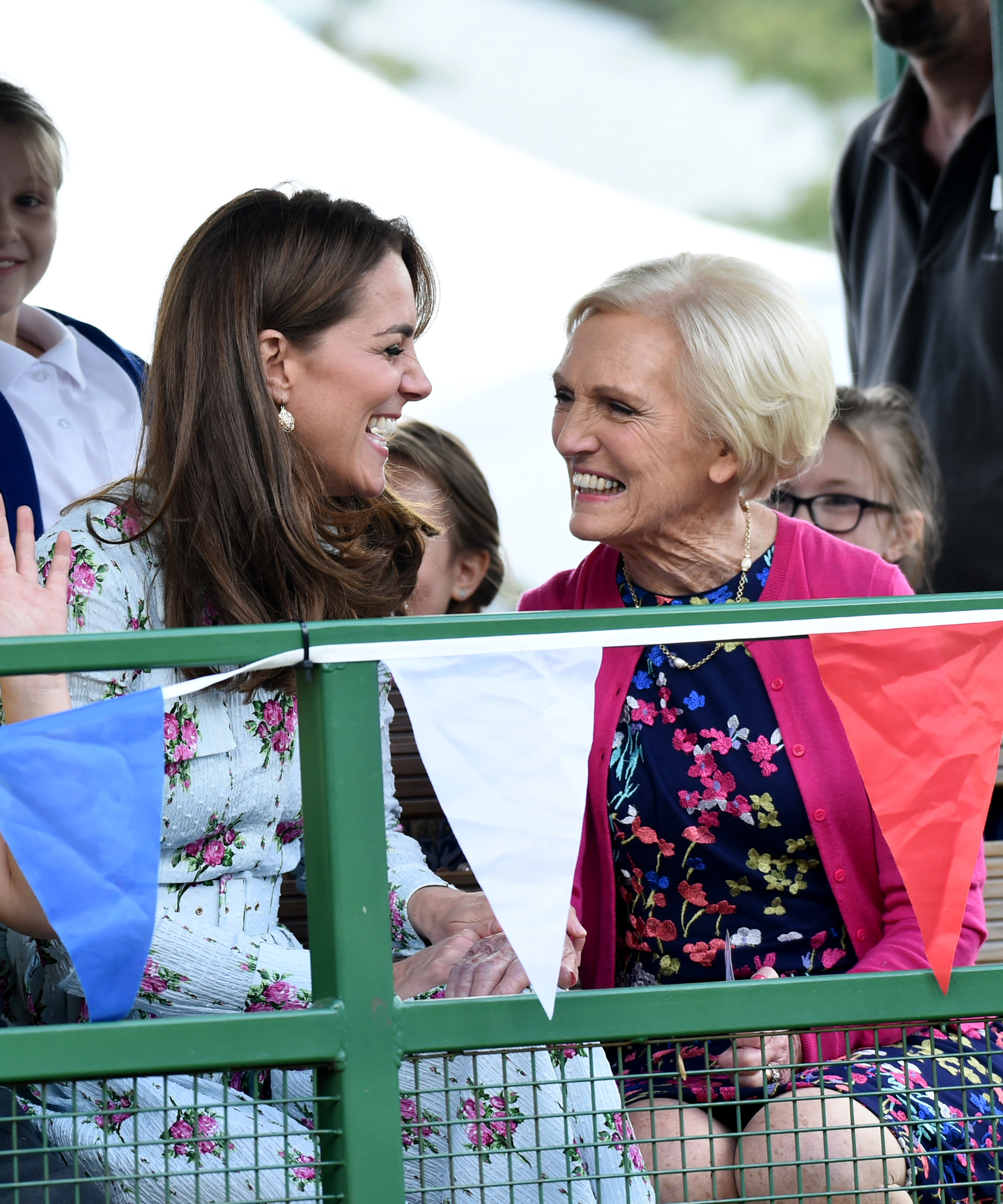 It was also revealed that Prince Louis, who was born in April 2018, actually said “Mary” as his first word.

Kate told a delighted Mary: “I have to tell you, one of Louis’ first words was his version of Mary.

“Because right at his height are all our cooking books in the kitchen, and children are always fascinated by faces and your faces are all over your cooking books, and he would say ‘that’s Mary Berry’ and so one of his first words was Mary.”

The Christmas documentary also revealed Kate used to be a terrible waitress at university.

We shared how the Royal Family shared a recipe of festive cinnamon stars with fans on Instagram.

Meanwhile, a former royal chef has revealed exactly what it is like to work in the kitchens at Buckingham Palace, and the type of foods the Queen wishes to avoid.