On Katie Holmes and Suri Cruise’s latest NYC outing together, the mom/daughter duo looked more alike than ever in their matching grey looks.

Katie Holmes, 42, and her 15-year-old daughter, Suri Cruise, are twinning in NYC. The pair took a stroll in the Big Apple on Aug. 9, and were dressed similarly by both wearing grey tops for the outing. While Katie paired her sweater with dark jeans, Suri wore her Led Zeppelin t-shirt with maroon shorts and sneakers. Both ladies also rocked face masks amidst rising fears about a resurgence of the coronavirus pandemic. 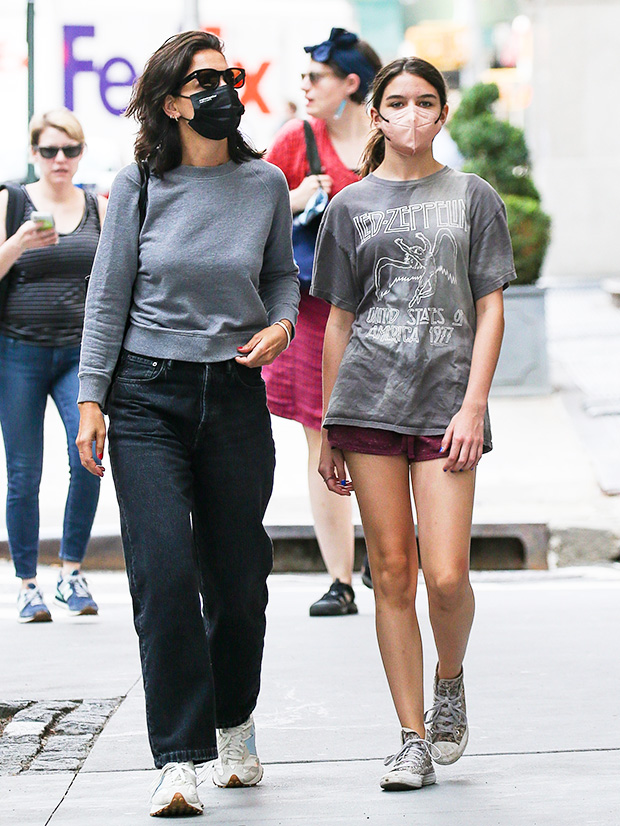 The photos also showed that Suri is continuing to grow, and she’s nearly as tall as her mother now! The teenager turned 15 in April, and is looking more and more grown up every time we see her out and about. While she is often photographed while WITH her mom in NYC, we’ve seen her on some solo outings with friends lately, as well.

Earlier this month, Suri totally resembled her famous mom’s Dawson’s Creek character, Joey Potter, while walking the streets of Manhattan. She wore light-wash, flared jeans, along with a white tank top and a sweatshirt tied around her waist. The style was definitely similar to the tomboy look that Joey rocked on the hit ’90s drama. Suri also showed off her cool and casual style while out and about in sweatpants and a white tank top at the end of July, as well. 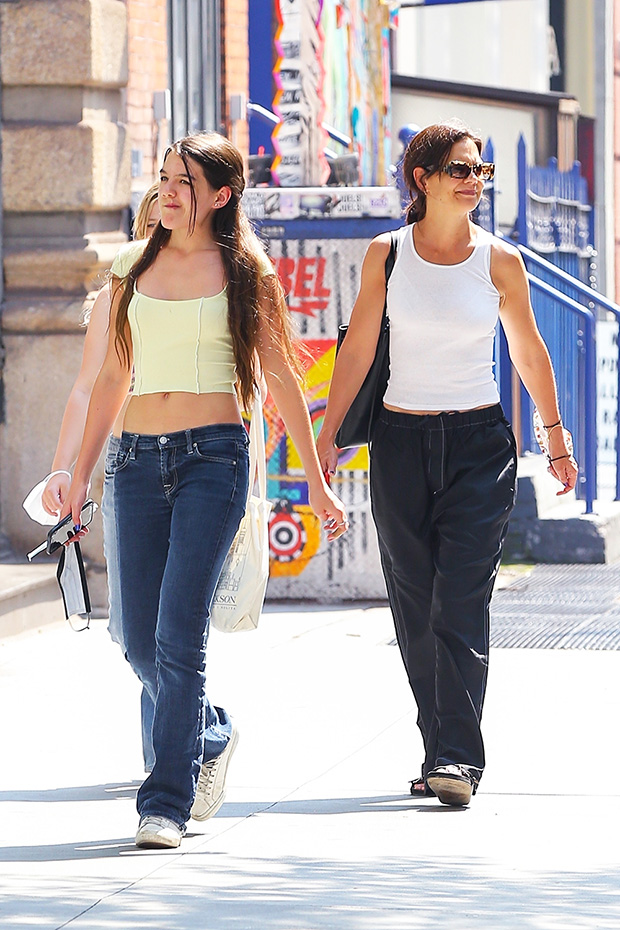 It’s no secret that Katie and Suri have a very close relationship. Suri’s dad is Tom Cruise, who Katie divorced in 2012. The actress was given primary custody of Suri, who was just six years old at the time of the split. Although Tom was granted visitation rights, he has not been seen in public with Suri in the nine years since the divorce, and it’s been long rumored that they do not have a close relationship.