Home » Fashion » Kind Aldi manager goes above and beyond for girl, 7, left in tears over sold out toy

Kind Aldi manager goes above and beyond for girl, 7, left in tears over sold out toy

A SUPERMARKET manager has been praised for going above and beyond in an amazing act of kindness to help a little girl.

The manager at Aldi in York's Water Lane store was said to have left a little girl "practically in tears" at his kind gesture over a sold out toy. 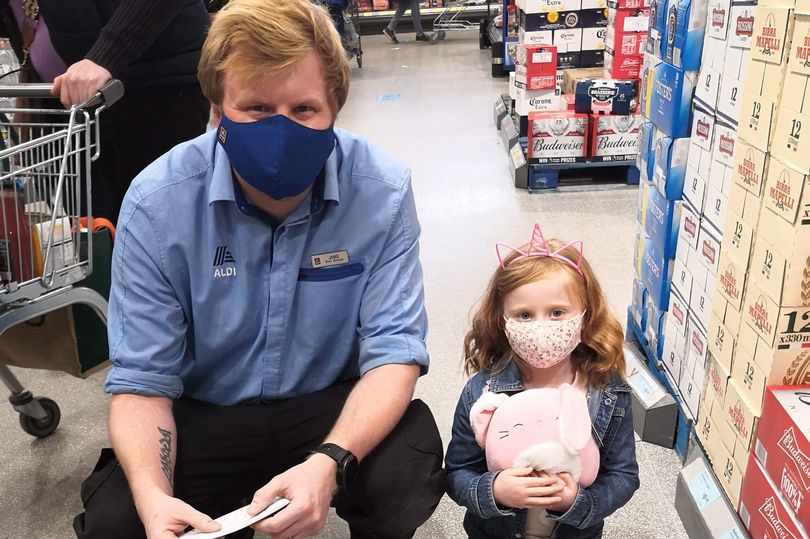 Cat Stephenson's little girl Alison, seven, had spotted a Squishmallow rabbit toy in the Aldi store and decided she was going to save up her pocket money and buy it for herself.

After saving up for a few weeks she finally had gathered enough money to buy the Easter toy and went back to the store with her mum to purchase it.

She was disappointed to find that the store had sold out completely.

Seeing that the little girl was upset, kind-hearted store manager Jamie offered to ring around all Aldi stores in York to try and locate the toy, but sadly it was out of stock. 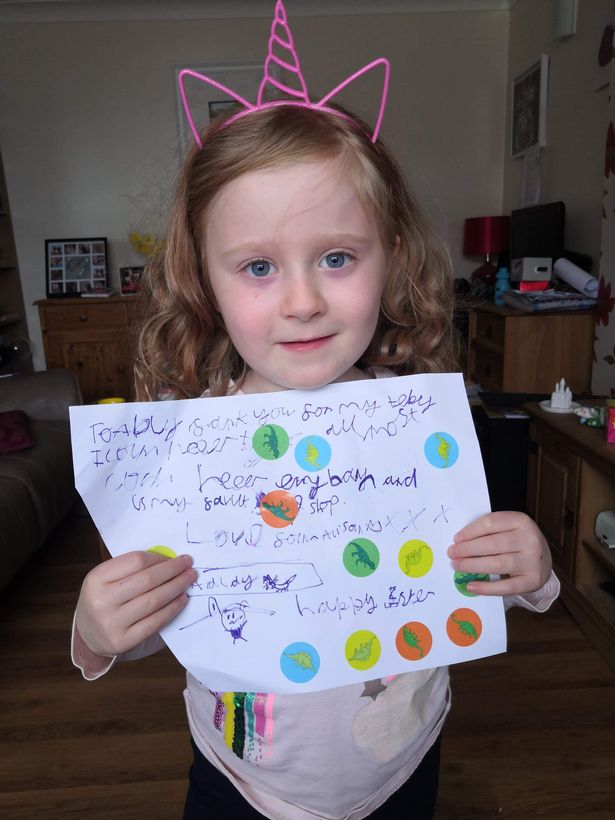 The thoughtful supermarket employee told Cat that if she came back next week he would bring in his Squishmallow rabbit toy that he had purchased for his own baby, saying she wouldn’t miss it.

The mum and daughter returned the following week and humble store manager Jamie refused to accept any money for the toy.

Cat, from Rawcliffe in York, was "blown away" by his generosity and said it made Alison's Easter.

The delighted little girl wrote her hero Jamie a letter to thank him.

Cat said: "She has been inseparable with her toy, it goes everywhere with her, she has called him Jamie after the store manager."

The grateful mum later posted to a York Public Facebook group, saying: "I just wanted to say a huge thank you to Jamie the store manager at Aldi at Water Lane York.

"My daughter had seen an Easter teddy she wanted a few weeks ago, she saved up her pocket money and went back a week later however all the toys had sold out.

She has been inseparable with her toy, it goes everywhere with her, she has called him Jamie after the store manager.

"We went to ask the store manager and my daughter Alison had tears in her eyes as she had saved so hard to have this toy.

"He saw her sadness and offered to ring all the Aldi's in York however they were all sold out.

“He then went on to say that if we popped back next week he would bring his own from home that he got.

"He didn't want any money for this and I am truly grateful for his fantastic customer skills and kindness to my daughter.

"It has completely made her day and it is lovely to see kindness in this strange world.

“Alison wrote a letter of thanks as she was so thrilled!

And a mum reveals adorable £15 ‘pay packet’ her young son received from builders after he helped them do their work.