REMEMBERING to turn the straighteners off has become common practice when leaving the house, but what if we told you that wasn’t the only hair tool you needed to be wary of.

Turns out, even your hairbrush can pose as a fire risk as one man found out when his started smoking after being left out in the sun. 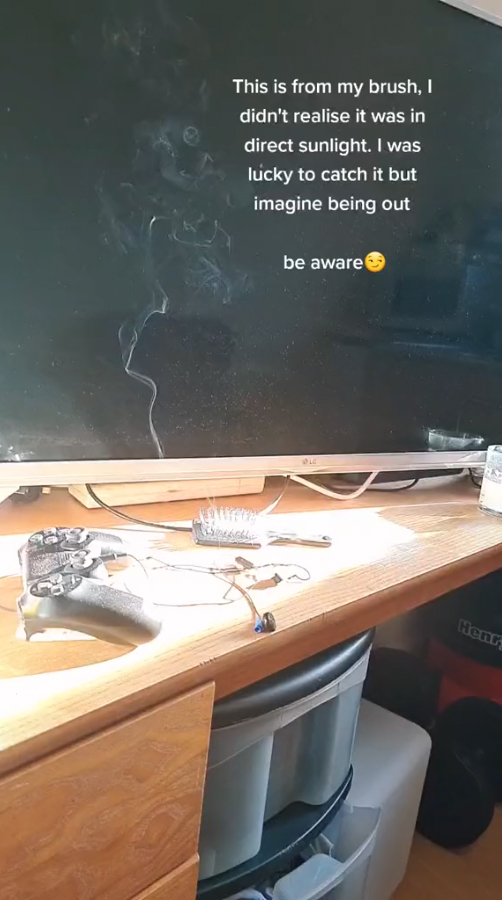 Richard Welch shared a video online of his hairbrush catching fire after being left in direct sunlight.

He’d just thrown the brush across his desk, like you normally would, but later found smoke coming out of it as the sunlight bounced off his mirror and set the hair trapped in the brush alight.

Luckily he’d arrived back home and caught it just in time, but Richard issued a warning to others to highlight the not-so well known fire hazard.

“This is from my brush,” he said. “I didn’t realise it was in direct sunlight.” 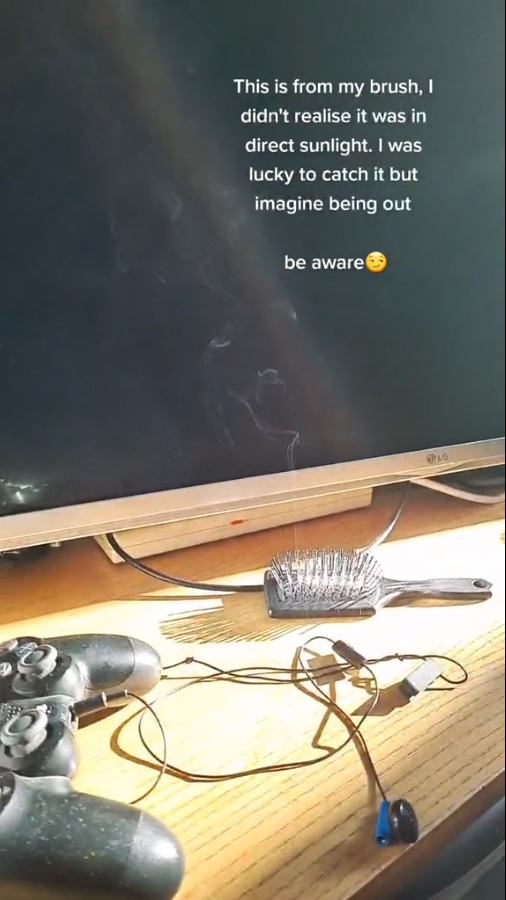 “I was lucky to catch it but imagine being out, be aware,” he warned.

Richard added in the comments of his video: “The sun was shining through my window and reflecting on my small mirror which heated my brush and burnt it. I had literally just got home #scary.

“I want everyone to see this just to raise awareness. Do not leave anything on show when you go out on a hot sunny day. Especially mirrors.” 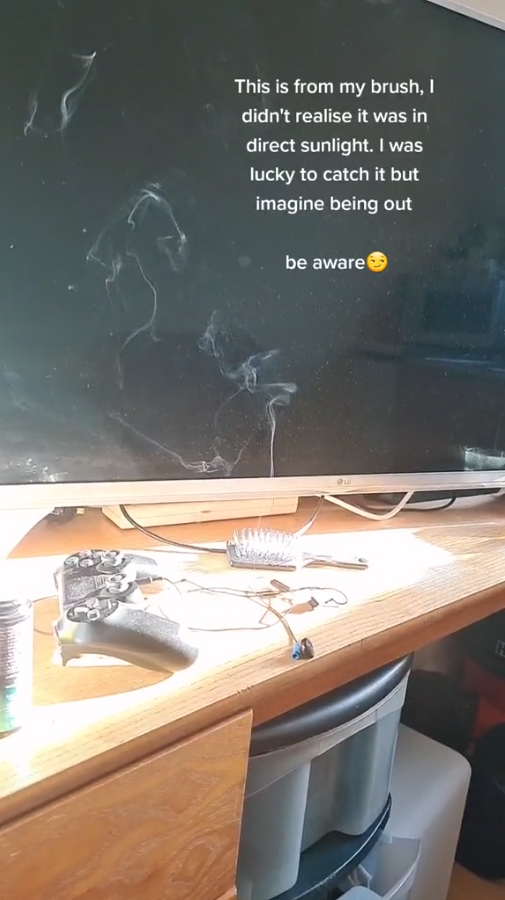 People were shocked and thanked Richard for pointing the fire risk out, with one concerned person commenting: “New fear unlocked.”

Another said: “Gosh, this was good to catch to raise awareness cause you just don’t realise how fires can start.”

A third wrote: “*slowly walks upstairs and moves hairbrushes* thanks for this!!”

Others shared their own experiences, with one viewer adding: “This happened to me at work in the office couple yrs ago with a ruler good job I noticed. If it was at wkend there be no office left (sic).”

Meanwhile, one man has ruined people's childhoods after pointing out the X-rated detail you may have missed on Maoam sweet wrappers.

Plus, one woman shares the genius cling film hack she swears by and it will leave your shower hose grime and rust free.

And cleaning fans were left horrified by one woman's HUGE lint build up in her tumbler dryer and warn it could have burned her house down.