“We are here to help you relax, unwind and get into the lulla-vibes,” said the soothing voice of the young man who serenades thousands of people to sleep every night. “Please make sure your mic is muted.”

For two hours every night, a group of music and voice performers who call themselves the Lullaby Club gather on Clubhouse, the buzzy audio chat app, to help listeners wind down and fall asleep with a calming, whisper-only experience.

What started as a kind of social experiment has become one of the most popular channels on Clubhouse, with some 32,000 followers. The Lullaby Club got a big boost on Feb. 1, when its founder, Axel Mansoor, became the face that appears on the app’s icon.

“The thing about the Lullaby Club is that it proves that in this loud freaking world, you don’t have to be loud to get noticed,” said Mr. Mansoor, 28, a singer-songwriter from Los Angeles, who makes soulful, self-love pop.

Prior to Clubhouse, he was probably best known as a finalist on NBC’s talent reality show, “Songland.” These days, Mr. Mansoor’s unruly black curls and baseball cap are displayed on the 13 million phones that have downloaded Clubhouse app. 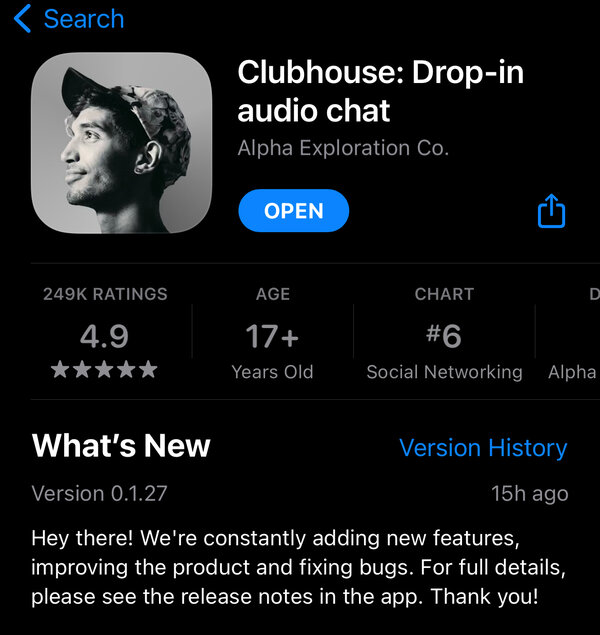 “We are so grateful to have him to grace all of our home screens until the next major release,” Rohan Seth and Paul Davison, the founders of Clubhouse, said in an email statement.

Mr. Mansoor started the Lullaby Club last December when much of Los Angeles and the world was in lockdown. “I just created a space on Clubhouse like the one I wanted to hang out in, with music, chill vibes and community,” he said.

Starting at 9 p.m. Pacific time, the club features music that is designed to help listeners unwind from the day, connect to each other, or simply fall asleep. But it’s not the music that you would typically find in a baby’s nursery.

Mr. Mansoor stacks the club with a trusted circle of performers, mostly up-and-coming singer-songwriters like himself — some he’s known over the years, some he’s admired from afar. Occasionally, there are celebrity drop-ins including Tom Higgenson of the Plain White T’s and, last month, John Mayer.

Between sets, Mr. Mansoor’s sweet and salty musings offer heartfelt warmth and comedic relief, but he likes to keep the performance moving. He is often joined by spoken word artists including Ketan Anjaria, Souki Mehdaoui, and Humble the Poet who recite poetry or read bedtime stories.

“I am ultra-picky about who gets onstage because it’s a very specific vibe,” Mr. Mansoor said. “It’s not just about how talented the musician is, it’s how they approach the music and the room.”

Everything is spoken in a gentle, A.S.M.R.-like tone to adhere to first and only rule of Lullaby Club: don’t wake the baby. When an artist whispers too loud, Mr. Mansoor might say something like, “You’re coming in a little hot,” followed by a childlike giggle.

The Lullaby Club also has its own vocabulary. The artists are known as “lulla-bears” and a performance that is especially stunning is called a “pillow drop.”

Mr. Mansoor’s newfound popularity has, paradoxically, disturbed his sleep. “The jump in intensity was unreal,” he said. “I got 70 to 100 new DMs per day, and I literally didn’t have any time to respond.”

“Burnout happens when you’re saying ‘yes’ to other people more than you’re saying yes to yourself, and that was me,” said Mr. Mansoor, who has since sought refuge from the pandemic at his parent’s home in Mauritius. “The first thing that went out the window was my self-care and sleep, which is what Lullaby Club is all about.”

But Mr. Mansoor got some relief when he shifted the focus from shepherding his own success to supporting his friends on Clubhouse. “How can I lift up the voices of my friends,” Mr. Mansoor said. “How can I divert the spotlight since I’m in it, and shine it on other people?”

Mr. Mansoor is looking forward to quieter days when he’ll no longer be the face of Clubhouse (an updated app with a new face is expected this week) and can focus on his forthcoming EP called, “I Hadn’t Ever Loved Myself.” “Creating intimacy with people who I’ve just met is sort of my superpower,” he said.