AN INSTAGRAM model who helps women catch their cheating boyfriends has revealed how she’s received DEATH threats for the move.

Paige Woolen snares love-rats by sending them flirty messages – but the 28-year-old has now been warned to watch her back. 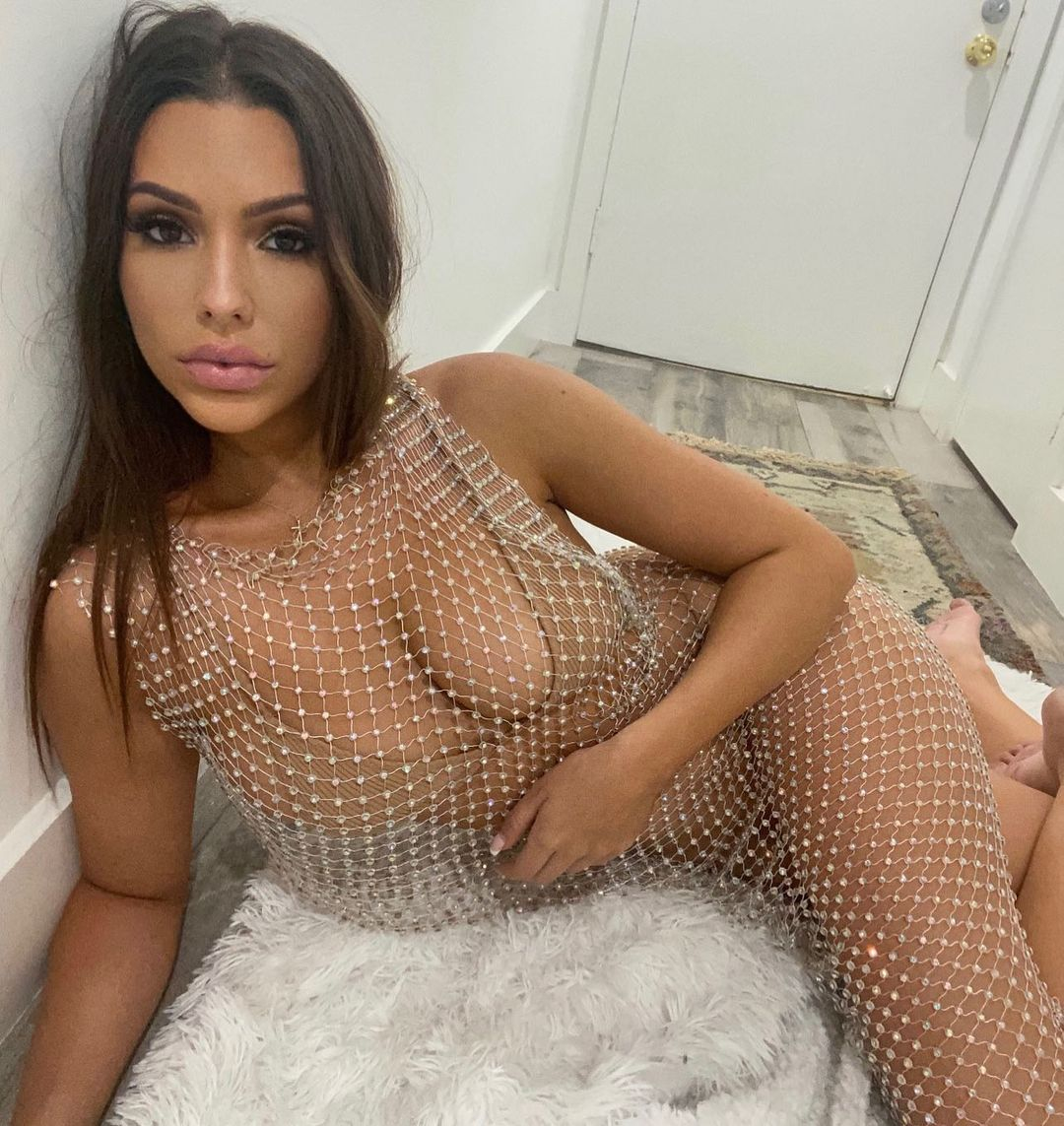 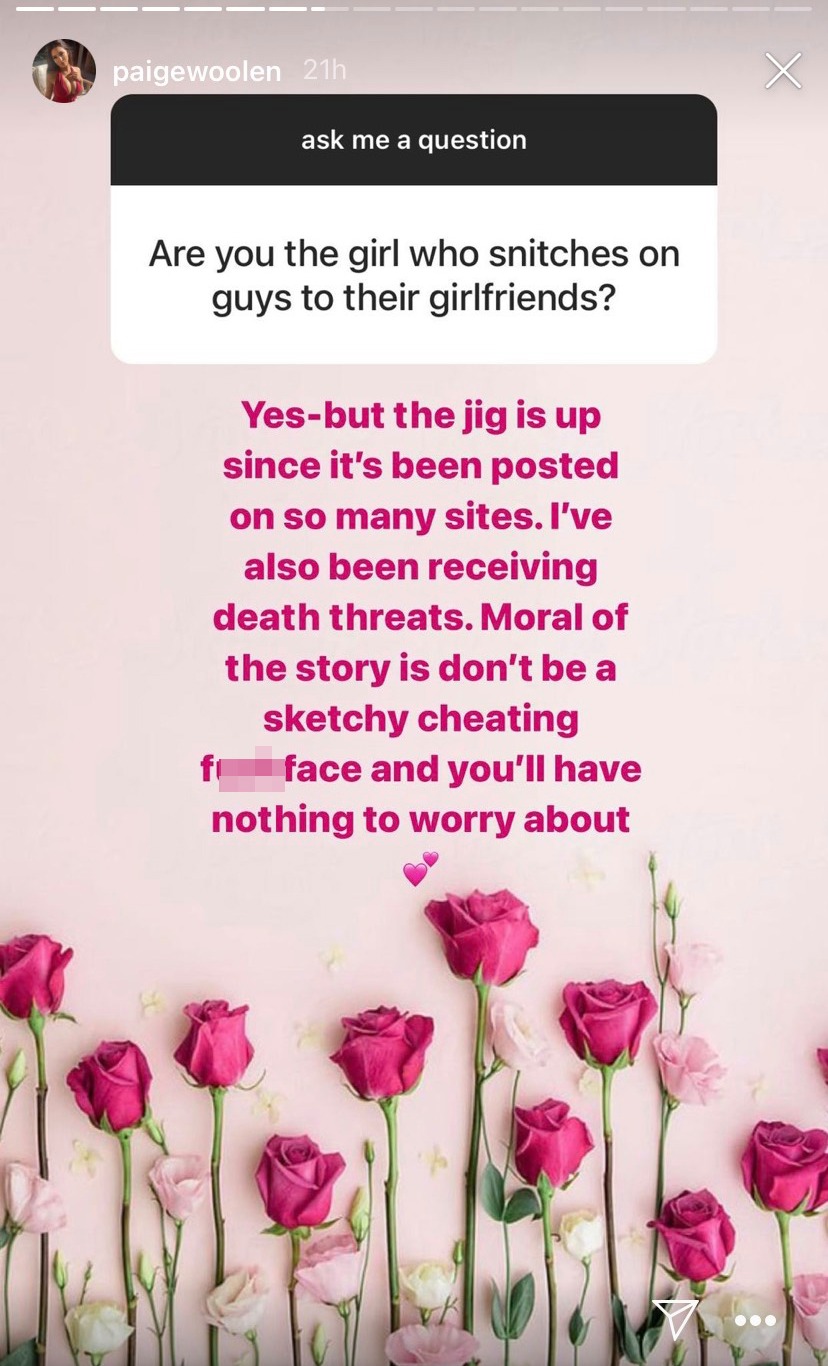 In one menacing message she was told: “Before you decide to crave attention be careful….

"Someone like you who chooses to get involved in a couple’s affairs can end up dead.  Just be careful.

"You don’t want to end up with your throat slit or to never be found again. It's a dangerous world out there!!!!”

Paige released details of the chilling message in a Q&A on her Instagram page – home to more than 207,000 followers. 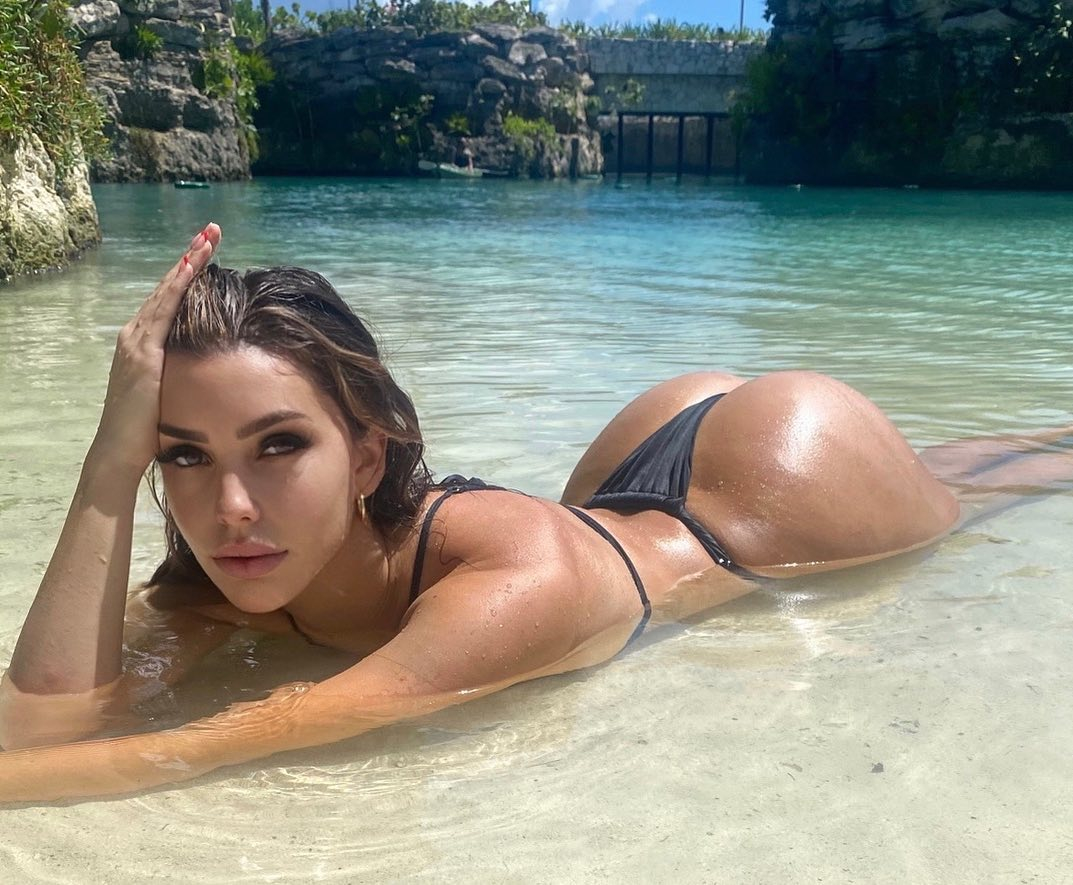 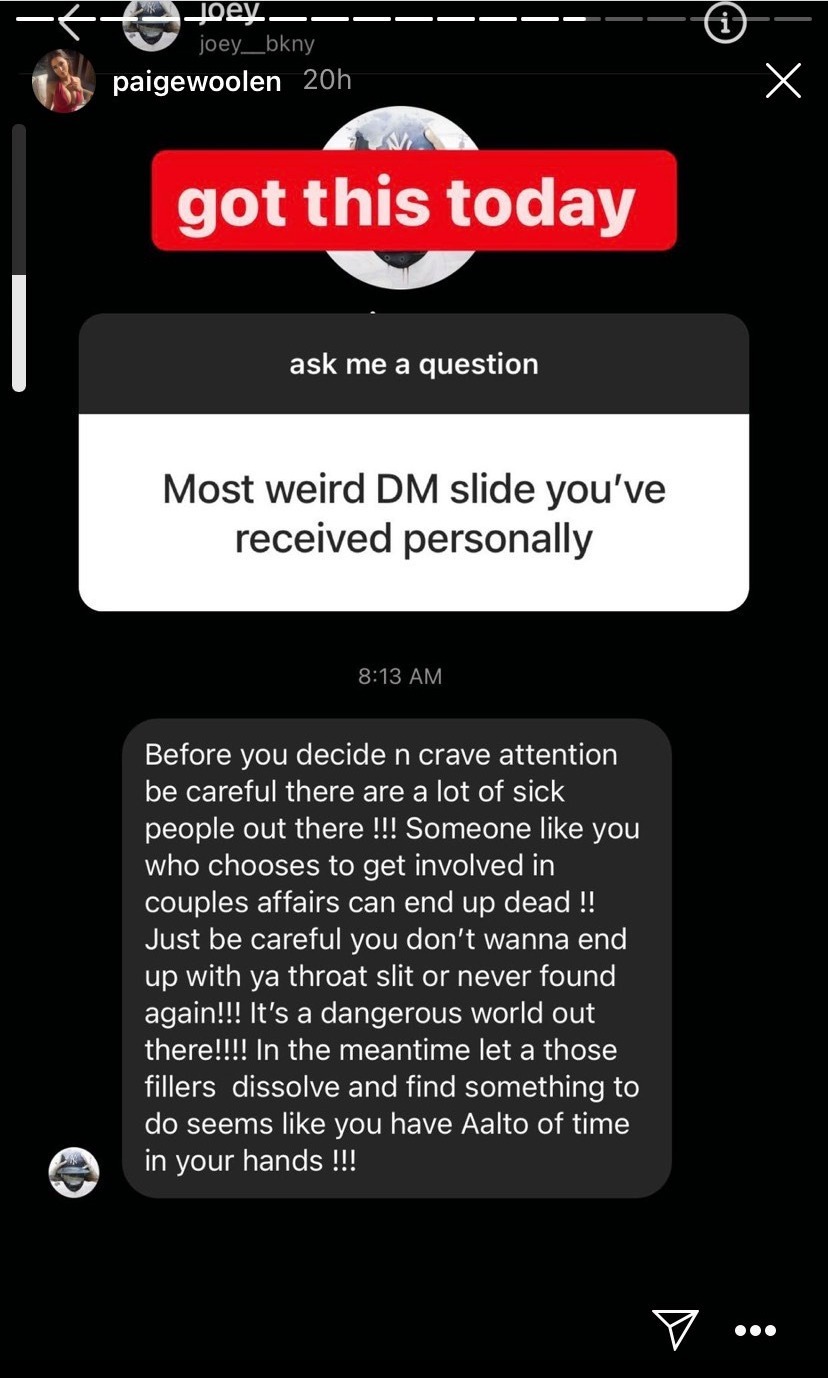 But, despite the danger she is putting herself in, Paige, who lives in LA, says she has no intention of stopping.

In a warning to those targeting her she said: “I’ve been receiving death threats.

"Moral of the story is don’t be a sketchy cheating f***face ….and you’ll have nothing to worry about.”

Moral of the story is don’t be a sketchy cheating f***face ….and you’ll have nothing to worry about

Meanwhile she has also dished out advice to girls being pestered by their cheating exes.

Revealing her checklist she advises people to:

*ONE: Make a list of all the reasons he was NOT good for you. Keep them as notes in your phone – read it whenever you 'miss him.'

*TWO: Text all your family and friends and ask them not to mention his name.

*THREE: If you don't want to block his number, which I recommend, change his contact name to POTENTIAL SPAM.

*FOUR: Finally ask yourself why you want to be with someone not choosing you. Are you just into the drama?" 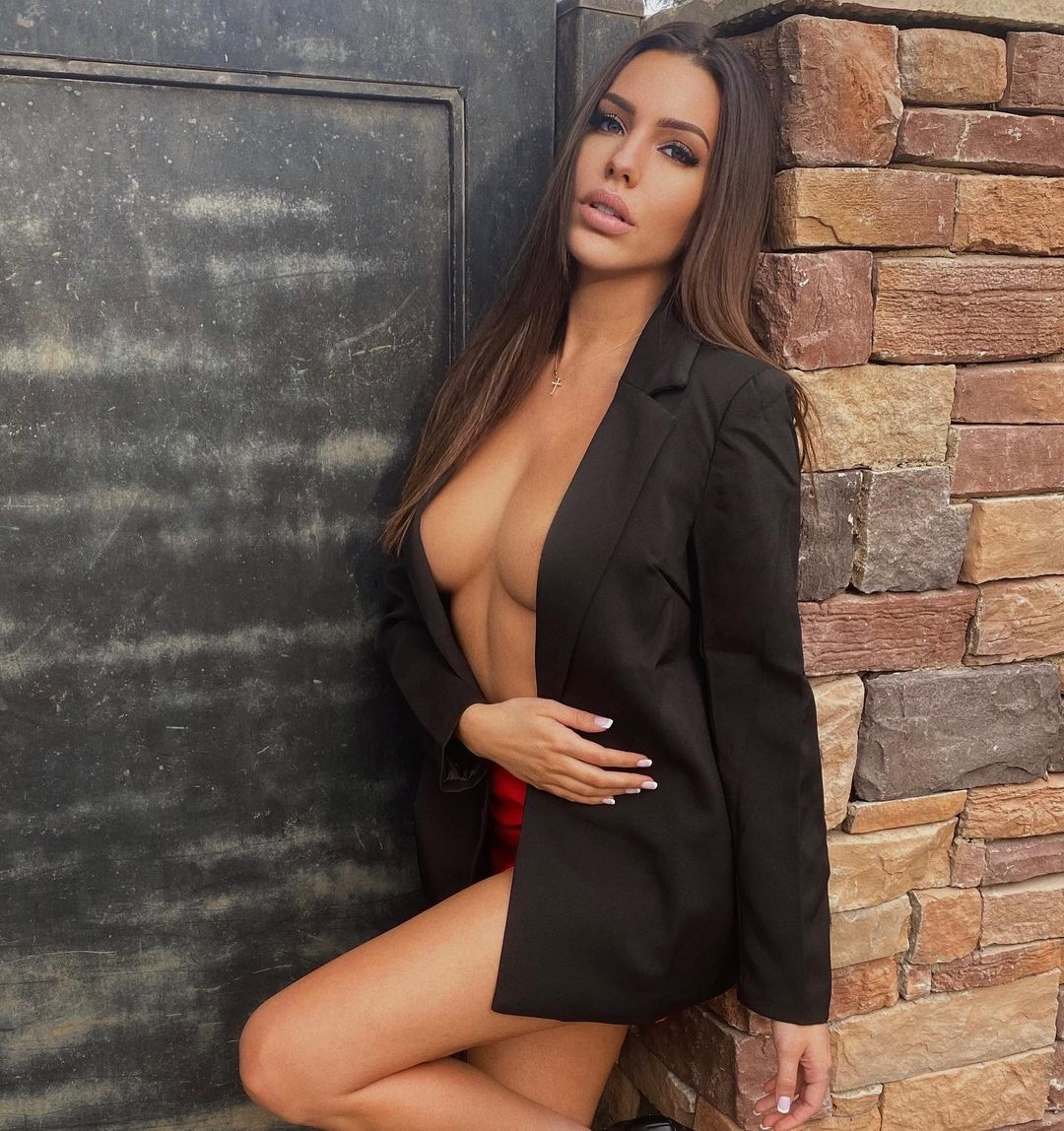 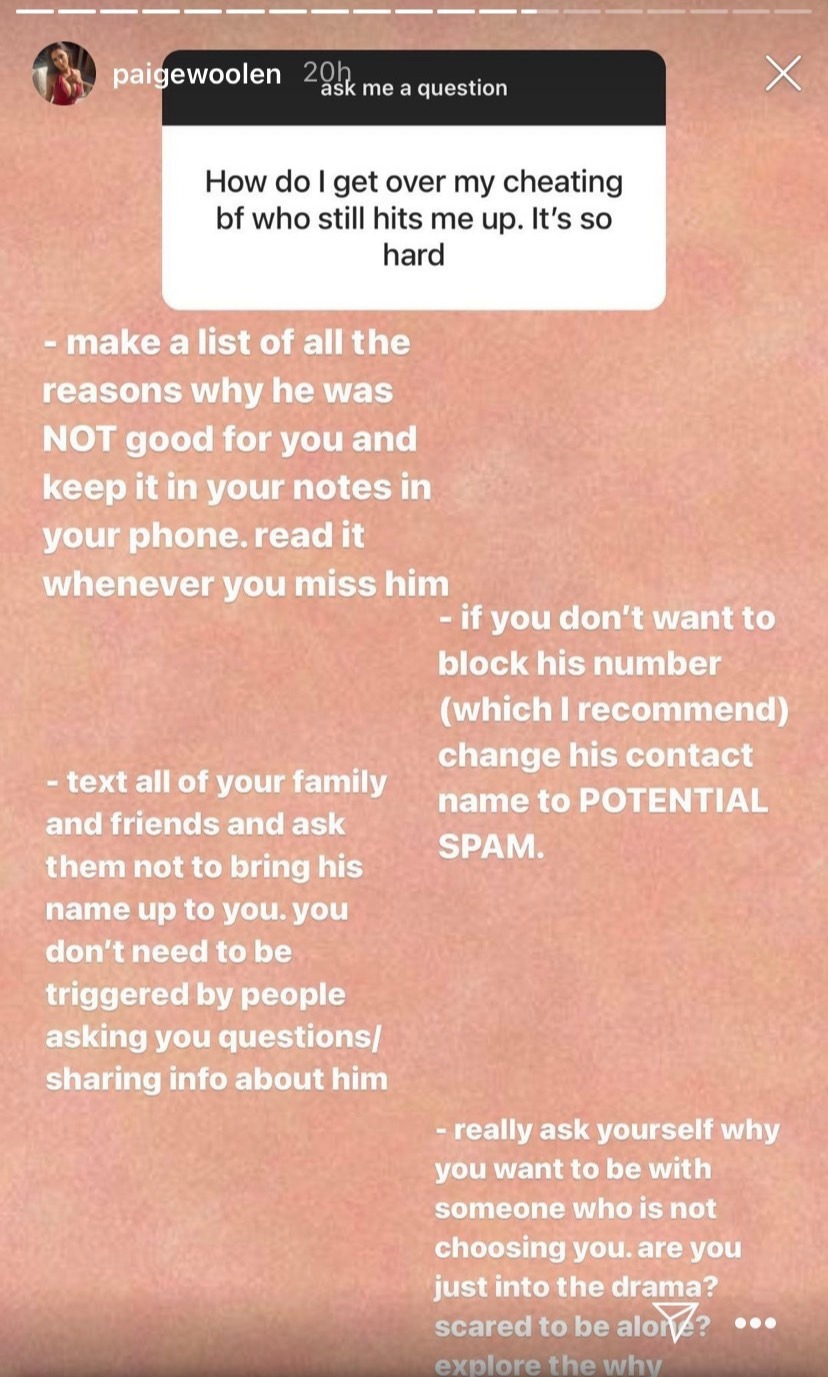 Paige also admitted her huge online following doesn't make it easy when meeting guys – as some can't cope with her "racy photos".

She said: "When I go on a first date he's seen my Insta and assumes I'm a super skank…which I'm not. I like to take things slow and build trust…."

At the weekend, we told how Paige has become an Instagram sensation thanks to her good looks and a series of bikini snaps.

She runs a separate account (@Dudesinthedm) where she publicly shames men for sending her inappropriate messages.

The Maxim Australia model started her quest after noticing many of the guys who DM are clearly in relationships.

So she offered to message men whose girlfriends suspected them of cheating, in a post on her Instagram story. 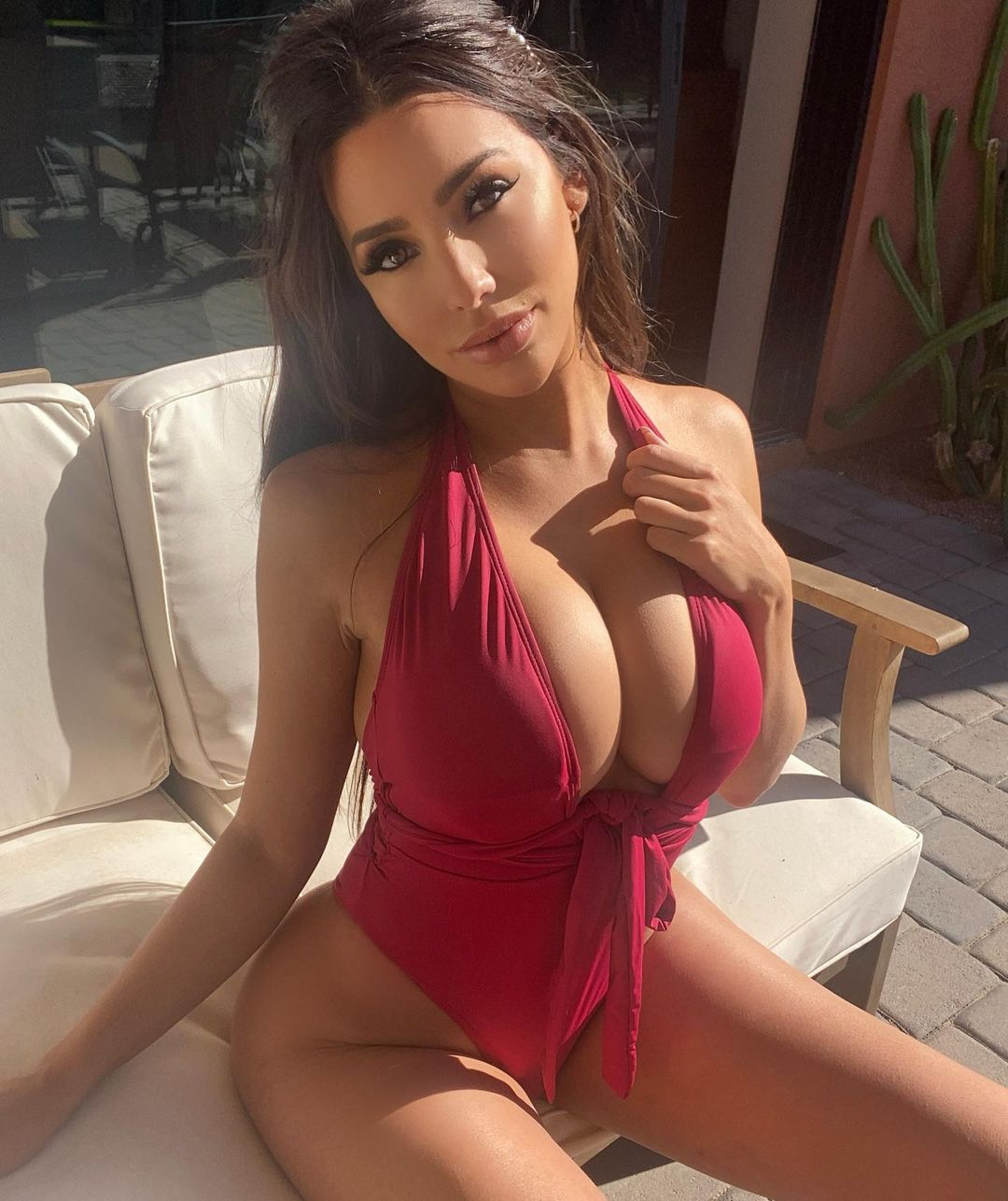 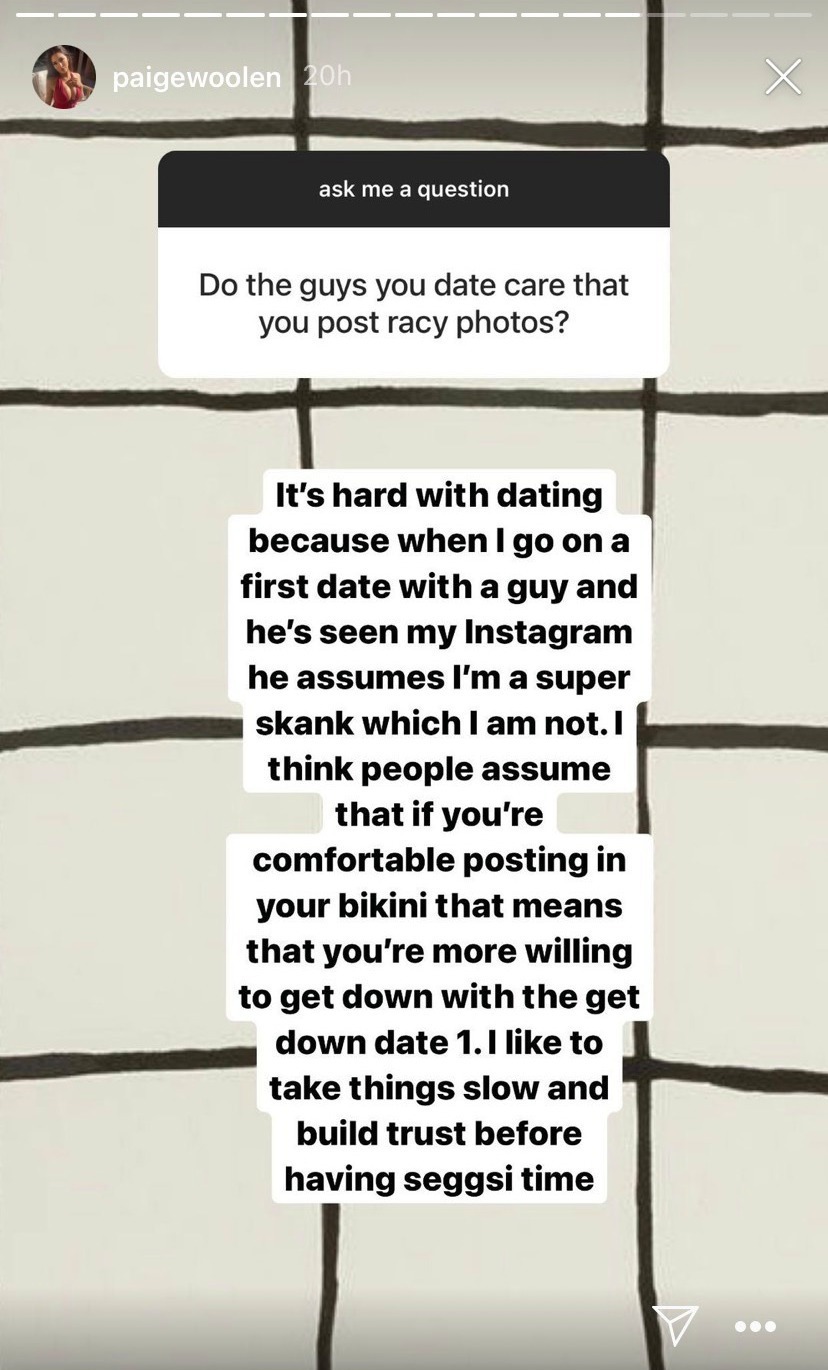 She said: “I had been noticing a lot of guys that DM me on my personal account had profile photos with their girlfriends.

“It got me wondering if their girlfriends know or care that they DM random girls with photos in their bikinis.

“I personally believe snitches get stitches but I felt like using the power of @dudesinthedm for good and helping out my female followers.

“I posted a story about DM’ing their boyfriends from my main account to see if they would cop to having a girlfriend or not.

“Surprisingly, most of them either didn’t answer, said something mean or informed me they had a girlfriend.

“Only a few lied and said they were single.” 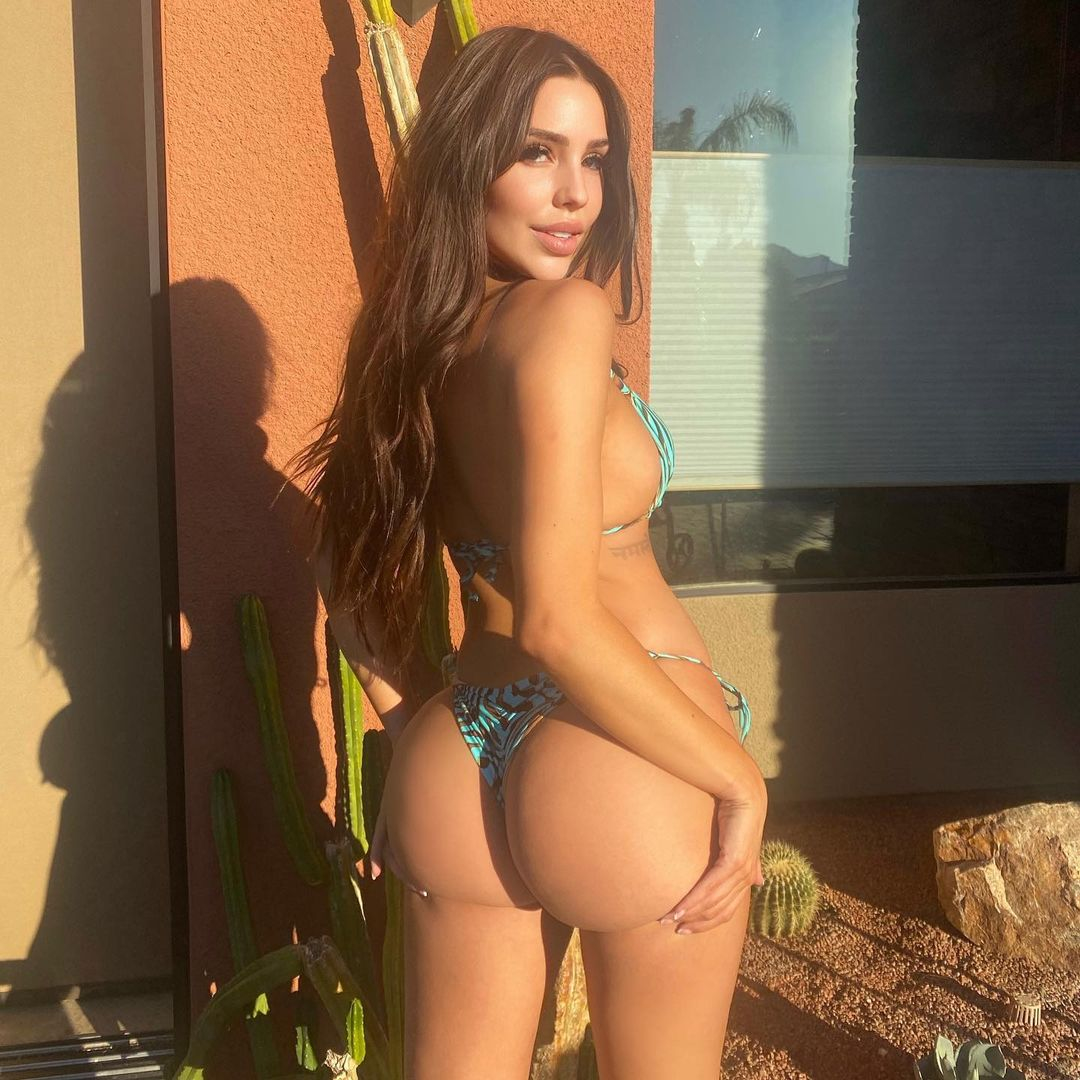 But some blokes did catch for the bait.

In one message, she asked a lad: “Just thought you were so so cute. Was hoping to meet up if you’re single of course” and got the reply: “I’m single enough, do you have Snapchat?”

Another bloke told Paige she was “like a supermodel” and claimed not to have a girlfriend, despite her being in his profile pic.

And a third man admitted he wasn’t single but added of his girlfriend: “She’s into some freaky s***. We could all have fun”.