TANTRUMS can be overwhelming to say the least – kids are screaming, the parents are trying to calm them down without losing their patience, and people keep staring with this judge look. 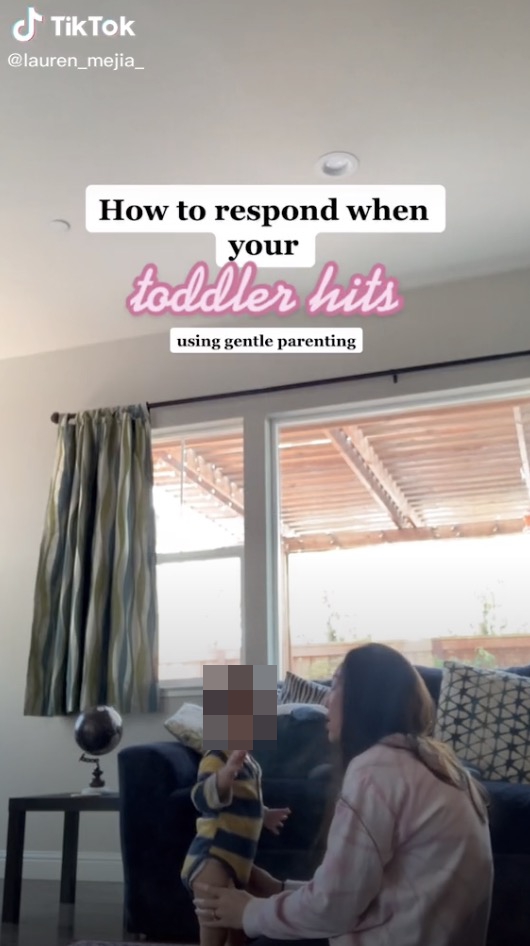 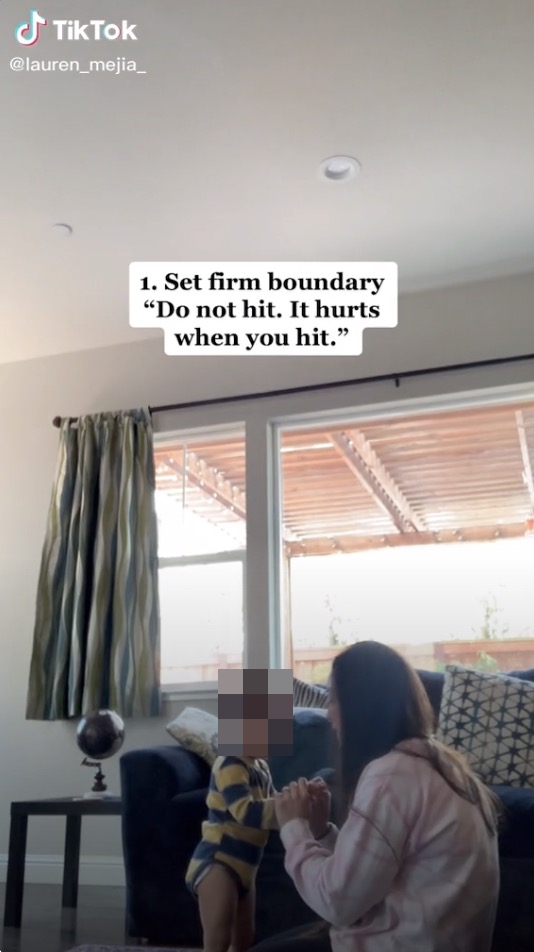 And although, as parents, trying to stay calm can sometimes be impossible, a mom showed what she does when her son hits her during a tantrum.

Lauren Mejia, who often shares parenting hacks on TikTok, shared how she deals with her toddler when he is upset while using gentle parenting.

After her own son had hit her across the face, she gently grabbed his hands in hers and held them close.

She suggested parents tell their kids: "Do not hit. It hurts when you hit."

"I see you're feeling frustrated right now because we can't play with that," she suggested.

Lauren suggested finding something for your child to do to ease them in their release of emotions.

That could be anything from a calm down corner (different than a time out) where they can read or listen to quiet music, a breathing exercise, or even a simple hug.

In order for your child to calm down after their tantrum, it's important for parents to also stay calm.

This means no yelling and no spanking. This would only scare them.

If children are throwing a tantrum, it's because they have a need that is not being met at the moment.

Encourage them to tell you how they're feeling and why. 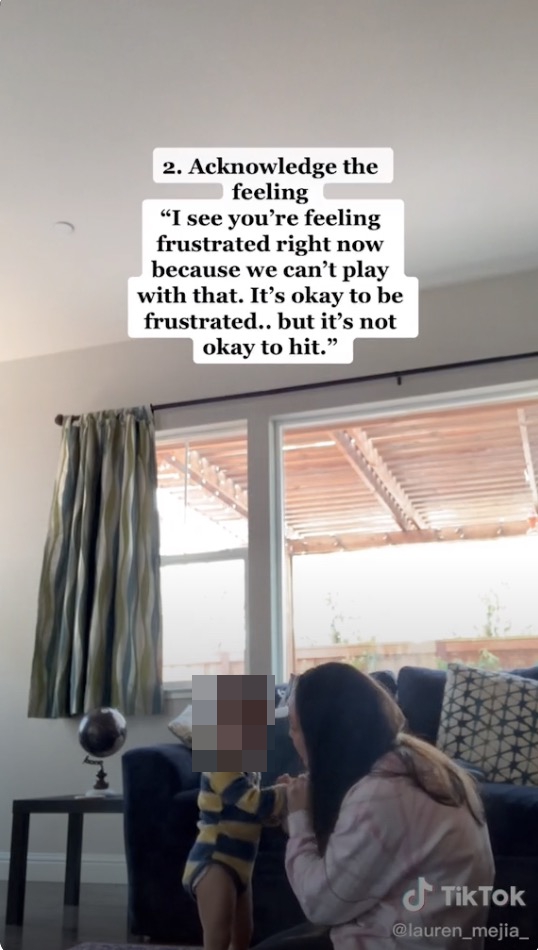 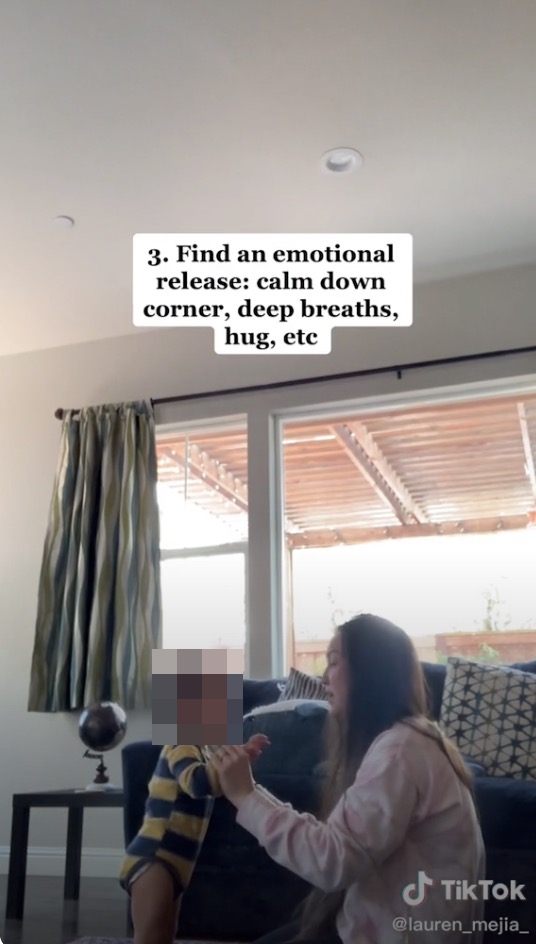 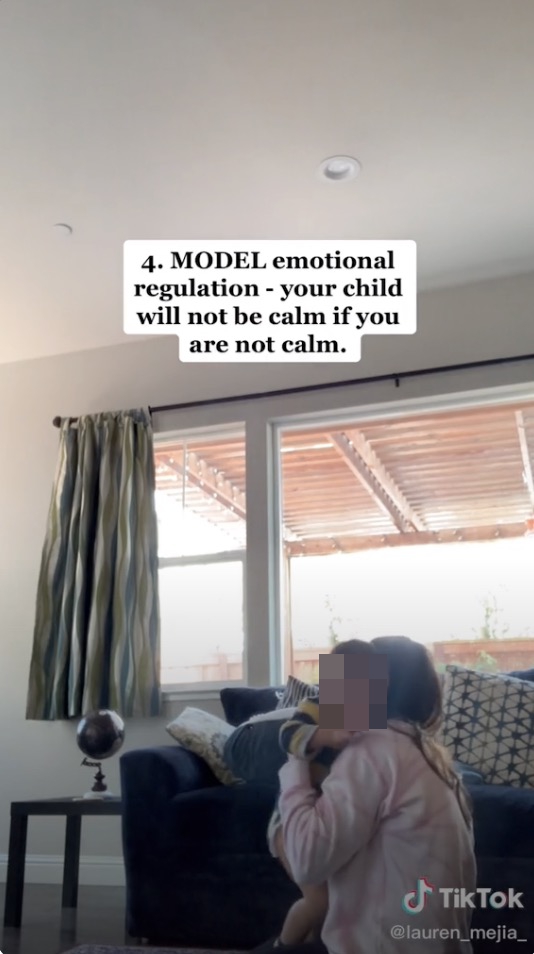