A MUM has been left red faced by her "rude" pillow display after asking an innocent question about bedding.

She took to a Mrs Hinch Facebook fan page to ask how to get an "Ikea show bed" with her pillow display – but she made an unfortunate blunder. 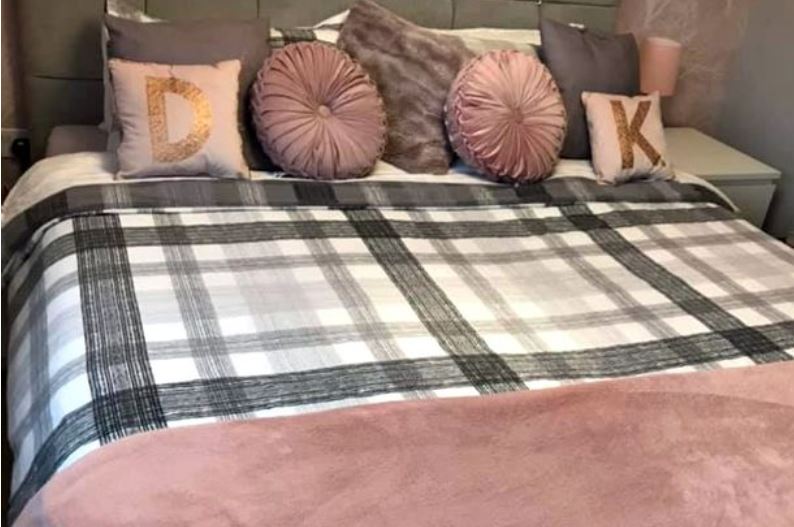 The woman has two monogrammed pillows, spelling "D" and "K", which are presumably her and her partner's initials.

But the mum has displayed them with two circular pillows in between, meaning it appears to spell out "D**K".

Facebook users were immediately in hysterics, meaning the mum didn't quite get the advice she was after.

Commenting on the snap, one person said: "Looks like your bed says D**k haha swap the D and K.”

While a second added: "I'm sorry… all I can see is d**k but you used round cushions cos you're too polite to spell it out.”

Others said: "Glad I'm not the only one with the dirty mind lol" and “Our minds are in the gutter.”

Earlier this week, a dad was left in hysterics but his daughter’s ‘flag’ spelling practice – which looks like something very rude.