A MUM has warned fellow parents not to smack their children when their having a tantrum, as she says it's not a successful way to prevent bad behaviour.

Sure, it's frustrating when your kid suddenly has a meltdown in the middle of a supermarket, but she claims hitting a child to discipline them is not the answer and, actually, it will have the opposite effect of what you're trying to achieve. 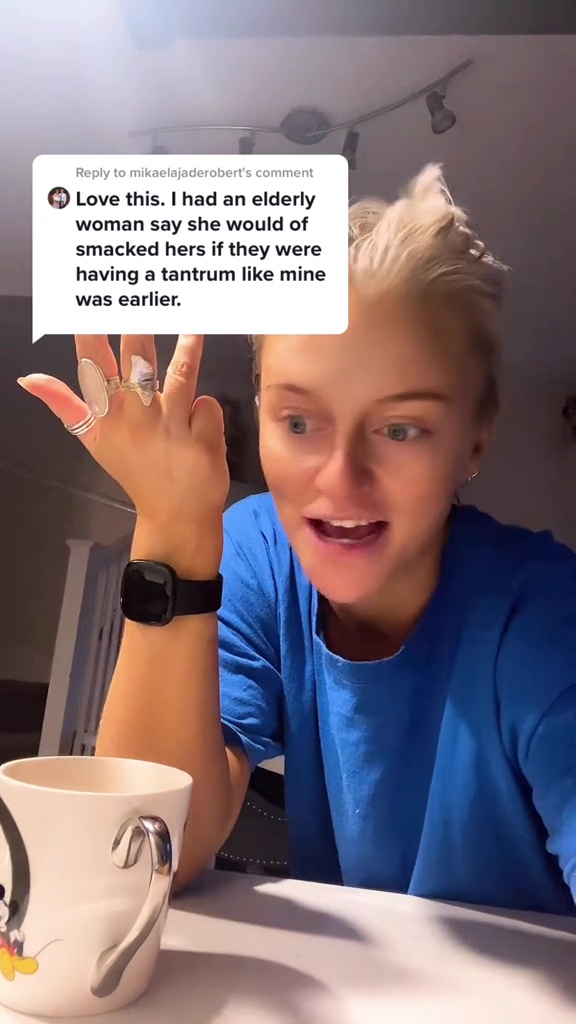 TikTok user @kellymedinaenos, who is an advocate for "gentle parenting" – which uses positivity and patience to allow the child to make the right choices rather than demands and rules, hit out at parents using smacking as a discipline method.

She revealed she's "sick" of people saying children aren't allowed to have tantrums, as she explained getting frustrated and hitting your child only makes them more angry and fails to prevent bad behaviour from stopping in the future.

"All that smacking a child does in the middle of a tantrum [does] is make them more angry, it definitely doesn't stop the tantrum, you no longer feel like a safe space for them," the mum told her followers.

"It definitely won't stop future tantrums and finally they will later on in life suppress their emotions because they don't get the loving reaction that they NEED while having a tantrum."

Claiming that smacking is a form of "abuse", she continued: "Getting a little bit sick of people thinking that children aren't allowed to have tantrums, that they should have all their emotions completely under wraps.

"I mean, I'm 31 years of age and I definitely do not have my emotions under control, so how can you expect that from a child? Asking for a friend, genuinely."

She had been responding to a comment from a follower who revealed that an old lady had told her she would have "smacked her child" if they were behaving how her child had been.

The mum continued: "On the flip side, you've got to remember that this elderly woman has probably been smacked in her life and her mother's mother probably smacked her, you get where I'm going with this.

"She has done the best with the knowledge and tools that she has had, the absolute joys of being a parent now in 2021 is that we have the internet, we have so much more access to different styles of parenting and different ways of doing it. And better ways to get the best out of your child.

Her post, that has been watched over 111k times online, racked up hundreds of comments and appeared to spark a debate among fellow parents.

Some were in agreement and were against smacking, with one mum posting: "Say it again but LOUDER!!!"

"My son is 9 and still has moments where his feelings are too big for him to deal with. No parent is 100% perfect but smacking is not the answer," said another.

A third wrote: "Imagine if that old woman was crying and someone came and smacked her one… and told 'get your emotions under control'."

However, one mum shared: "That elderly woman was raised in a different generation. Remember that. I was smacked and I don't need therapy."

Others shared how they deal with their children having tantrums, with one mum revealing: "When mine was about 2 she threw herself on the shop floor and had a tantrum so I copied her and she never did it again." 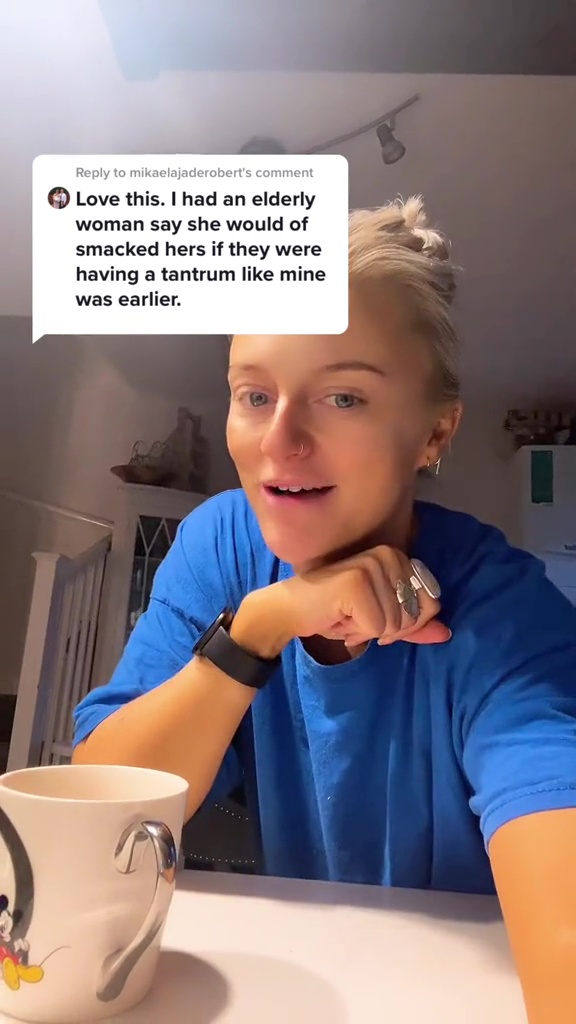 For more parenting related stories, one mum reveals 'I’ve given birth to six babies in five years – it’s A LOT of laundry & people are stunned when I say they’re all mine'.

Plus, another mum shares 'I wasted so much money as a first-time mum, there’s loads you don’t REALLY need – like Moses baskets and nappy bins'.

And we reveal the six most dangerous things for babies in your home that you've probably never noticed, including your favourite handbag.

mum, reveals, smacking, why, Your
Celebrities