A MUM who was accused of putting fake eyelashes on her one-year-old baby insists her long lashes are completely real.

The woman uploaded a TikTok video of her young girl, and amazed people with her beautiful lashes. 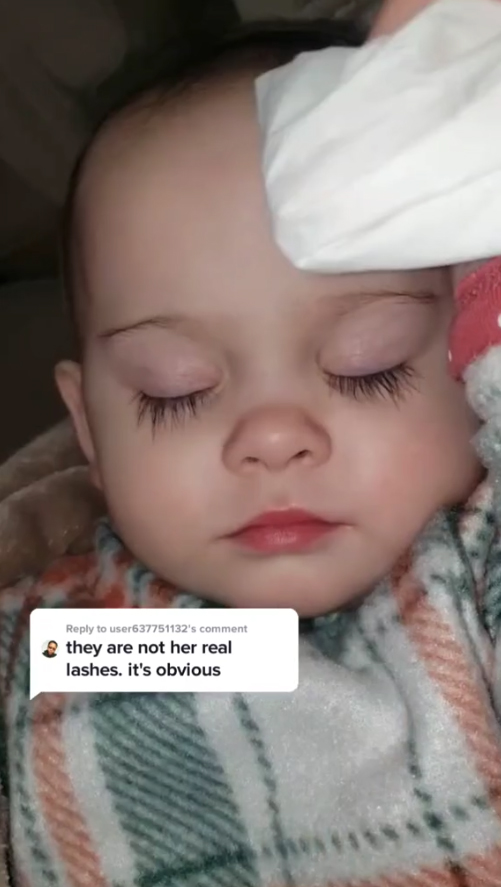 After people left comments questioning if the lashes were real, the mum responded with a video proving they were natural.

She can be seen wiping her daughter’s eye with a cotton pad while she is asleep, showing no make-up or fake lashes have been applied.

She captioned the post: "My baby is not wearing any make-up/serum/lashes/eyeliner/mascara… these are her real lashes."

The video has racked up over three million views, with over 477,000 likes and thousands of replies. 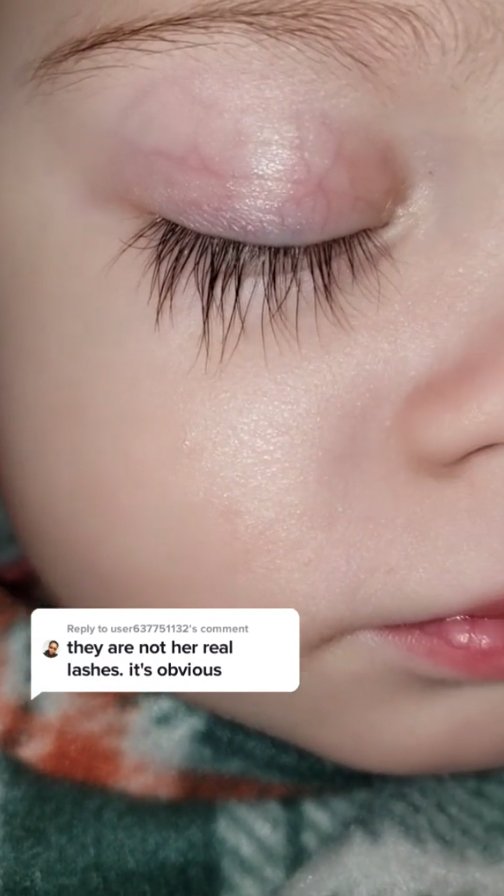 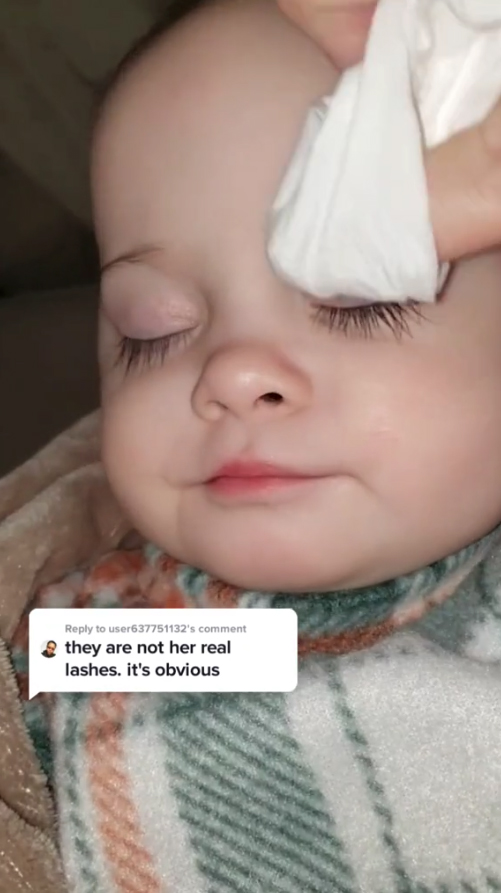 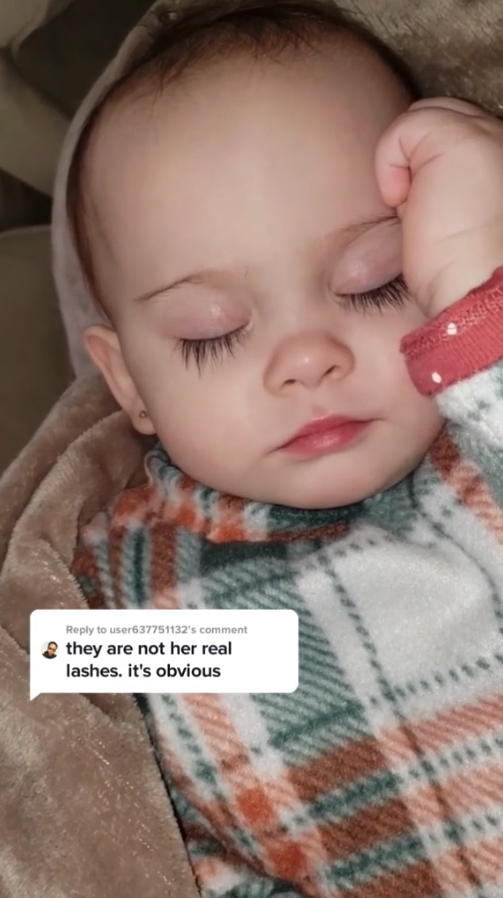 It was made after someone wrote: “They are not her real lashes. It's obvious."

One replied to the video saying: "You don't need to prove anything to people."

Another praised the young girl’s lashes, saying: "I'm so jealous of this baby", with another writing: "My hairs on my head aren't that long."

Another TikTok user backed up the mum commenting: "Well obviously they are her real lashes she wouldn't be putting make-up or fake lashes on a baby."

The mum replied: "I thought that was obvious, but I always get a few people accusing me of putting liner or fake lashes on my 14-month-old.”

Vote for your Fabulous Mum of the Year and WIN

Do you know a mum who deserves some extra recognition? We want to pay homage to the best mums in Britain.

During the pandemic they’ve been busy juggling childcare, homeschooling and work, with the added stress of worrying about the health of elderly relatives and vulnerable friends.

It’s never been a harder time to be a mum, so this year it’s even more important to honour the amazing women in our lives.

Nominate her for our Fabulous Mum Of The Year Award and she could win an overnight stay for two at a Champneys spa of her choice complete with a Gold package, which includes four relaxing treatments for the ultimate pampering experience.

Two runners-up will Champneys goodie bag worth £50 plus a £100 M&S voucher and £200 Nutmeg at Morrisons voucher, and all three mums will enjoy a makeover with our glam squad before taking part in a photo shoot for the magazine.

If you want to nominate a mum then fill in the form here.

To enter, upload a photograph of the mum you are nominating and explain why they deserve to win.

The deadline for entries is Sunday February 14 and one winner and two runners-up will be announced on Sunday March 14. Good luck – we can’t wait to hear from you!

We shared how a makeup artist was left heartbroken after her kids destroy hundreds of pounds worth of her cosmetics.

We shared how a mum who feared her velvet sofa was ‘ruined’ by toddler’s permanent marker scribbles reveals her ‘magic’ fix.

For more tips and tricks, this professional cleaner revealed why you should NEVER use bleach in the bathroom & says washing up liquid is the top product.