THERE'S no denying that weddings can be intense for all involved – and even if you're best mates with the bride and groom, having a plus-one can provide some much needed respite on the big day.

So when this Reddit user was asked to be her best friend's maid of honour, she didn't think twice about whether her husband would get an invite. 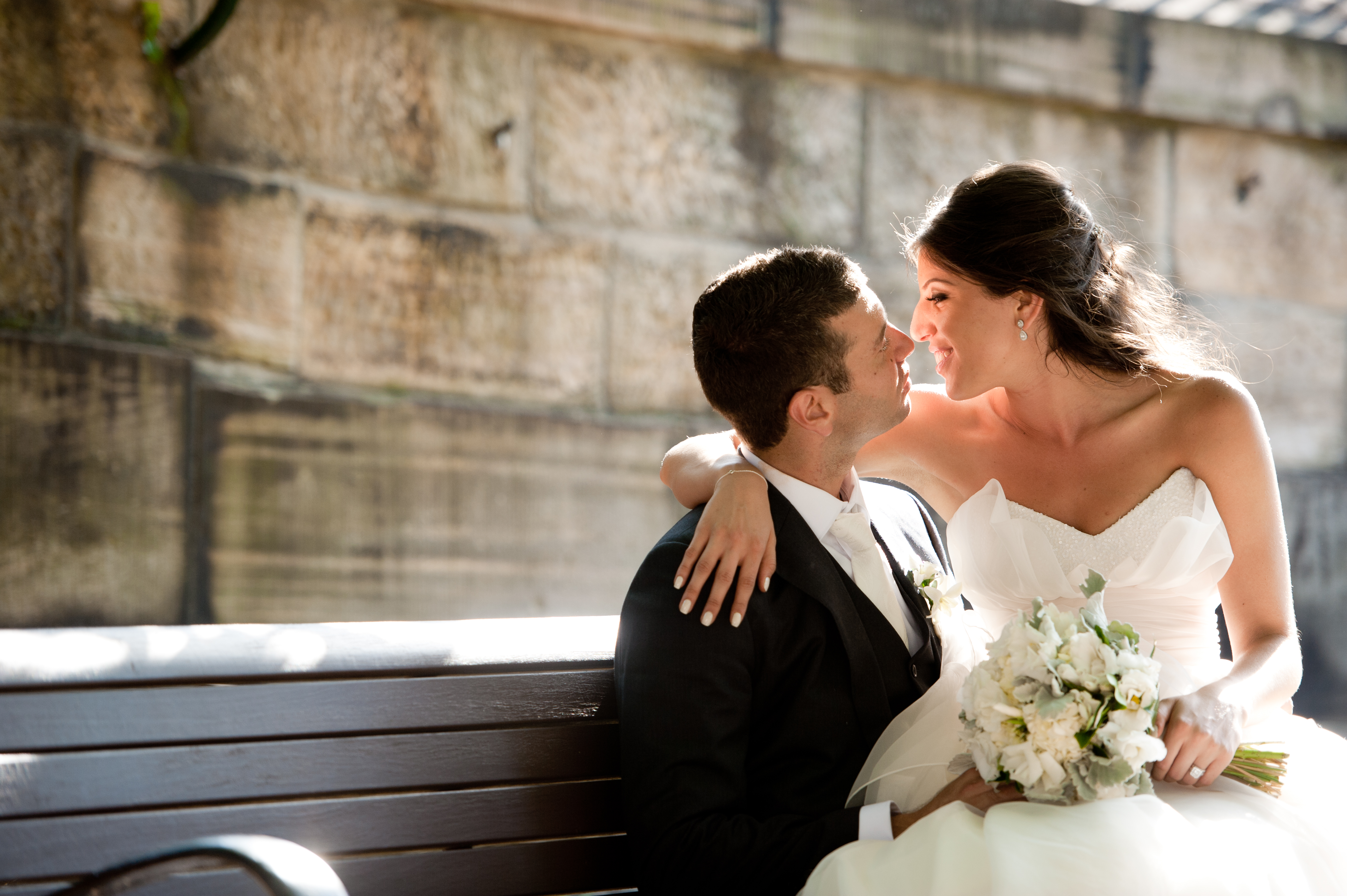 Posting on Reddit's Am I The A****** forum, the anonymous woman explained how the wedding date hadn't been set in stone as a result of the pandemic.

But once they were able to book a venue, the maid of honour was left stunned when the bride told her that her husband was "too short" to bag an invite… erm, what?

The fuming woman wrote: "She didn't want to tell me at first but then she said it is because he is shorter then me and it would look weird on pictures."

Trying to diffuse the situation at first, the woman said she was only 1cm taller than her 5ft 4in husband and even offered to wear flat shoes on the day. 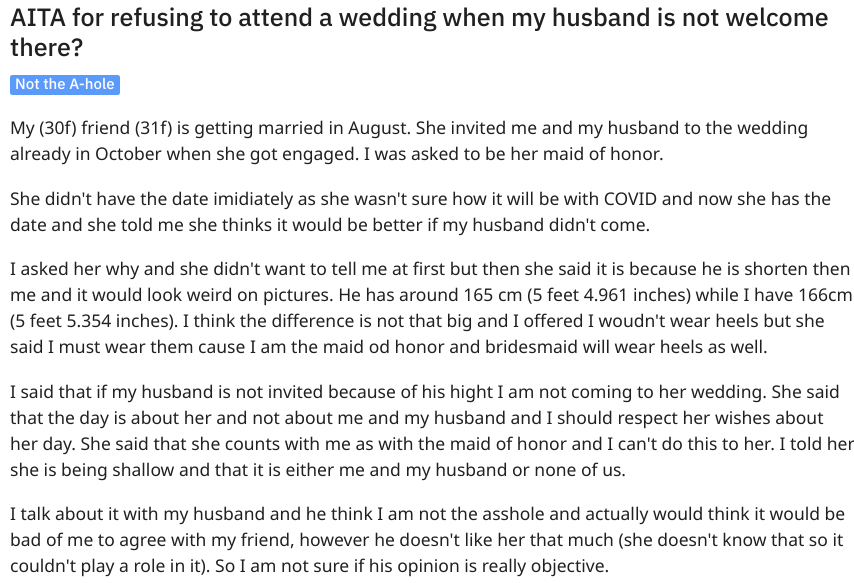 She continued: "I said that if my husband is not invited because of his height I am not coming to her wedding.

"She said that the day is about her and not about me and my husband and I should respect her wishes.

"I told her she is being shallow and that it is either me and my husband or none of us."

Naturally, the woman's husband encouraged her to stick to her guns – but when she confided in a friend about the situation, she was told she was being an "a*****".

After being encouraged by other Reddit users that she was doing the right thing, the woman texted the bride to tell her she couldn't attend the day without her husband.

"[The bride] very rudely told me that if this is my attitude I can f*** off," the woman added. "I was polite in my message and she can't do even that. So we are not going and I don't really want to talk to her after this all."

Needless to say, other members of the forum were quick to rally around the dejected maid of honour.

One replied: "For someone who is about to get married, she seems to have an odd idea of what marriage entails. You can't have it both ways."

Another added: "A couple is one. Excluding one because of some superficial trait is offensive and wrong. Replace height with weight, or physical deformity, or scar. Or race."

"While it's her wedding it is your choice to be part of it and if you decide not to, she has to accept it," a third wrote. "She's the [a*****] in this for excluding your husband. A wedding is after all a union so if she can't accept your union to your husband and the fact, that it's the two of you or none, then it's her problem and she has no right to belittle or judge you."

For more wedding horror stories, this 'attention-seeking’ guest was slammed for wearing white dress to friend’s wedding – just weeks after she tied the knot.

And this new mum was gutted as best friend excludes her from bridal party because of her WEIGHT after pregnancy.

Plus this bride was fuming after eight guests get her a £35 wedding gift between them… but people reckon she’s the tacky one.