Queen Elizabeth II was seen greeting Donald Trump, 72, and Melania Trump, 49, in the grounds of Buckingham Palace, London. The meeting with the royals is the first item on the US President and First Lady’s itinerary during their three-day state visit to the UK. This afternoon, the monarch, 93, could be seen wearing a pale green A-line coat by Stewart Parvin on top of a pleated silk dress. In keeping with her typical style, she also wore a hat of the same colour – which is a creation by Rachel Trevor-Morgan.

Her other jewels included pearl earrings, and a series of pearl necklaces around her neck.

Other royals in attendance were Camilla, Duchess of Cornwall, 71, and Prince Charles, 70.

Melania and Donald flew to the palace via helicopter, ahead of a ceremonial welcome.

They were captured disembarking Marine One, before shaking hands with Prince Charles.

Three hours after landing in the UK, the former fashion model and current First Lady had switched into her second outfit of the trip.

She wore a white dress which had navy blue edging at the collar, and a belt of the same tone at her waist.

The First Lady teamed the look with a matching hat, and navy blue high heels. 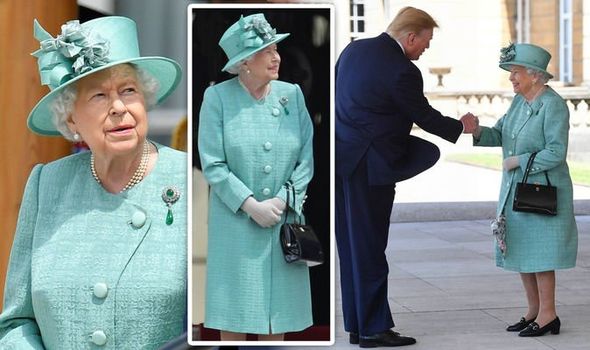 As they made their arrival, the daughter of and adviser to the US President, Ivanka Trump, could be seen looking out of the window.

The 37-year-old opted for a similar outfit to her step-mother, in that she had also chosen a white ensemble.

The garment featured a peplum top, and a pleated skirt of the same colour.

Hours earlier, Melania was compared to a flight attendant by some Twitter users.

She stepped off the aircraft in a navy skirt suit and a white Burberry shirt. 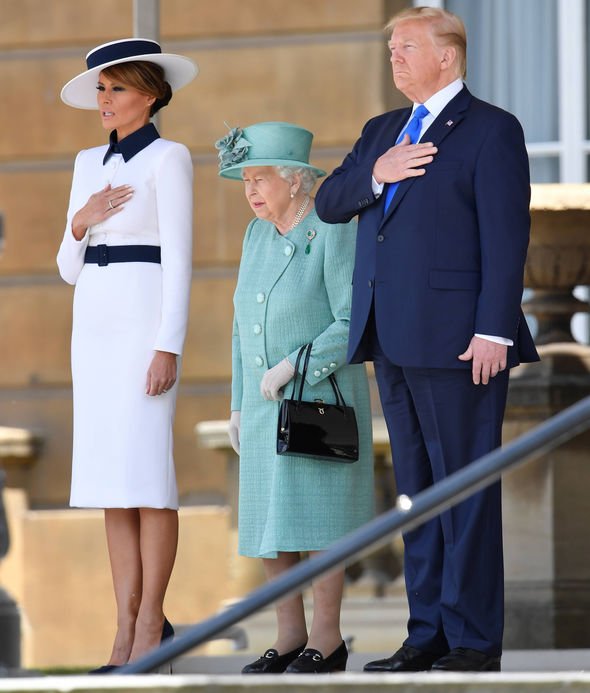 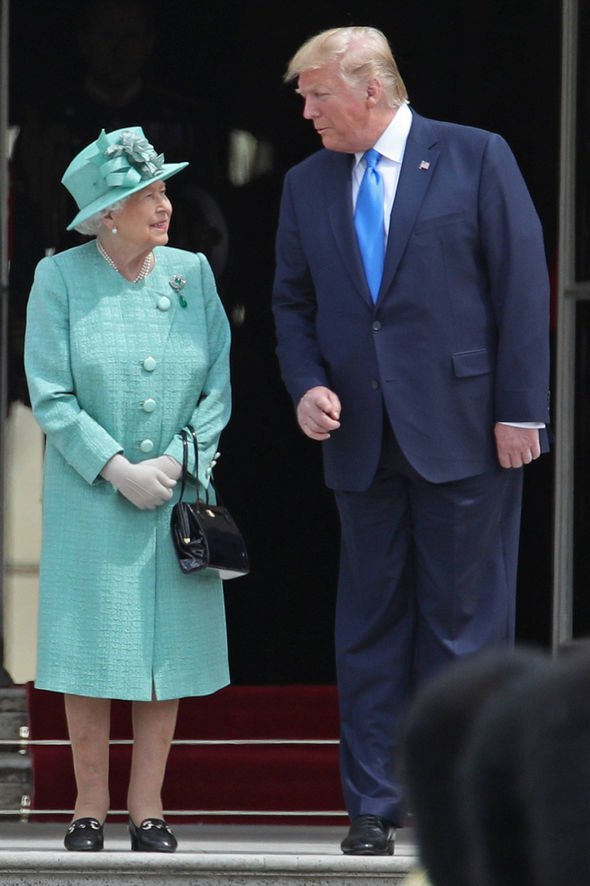 The blouse has a pussybow style, and costs £650.

However, the tones of the pattern on the designer garment led to some suggesting it had a similarity with that of an outfit worn by a member of cabin crew.

“I thought she was one of the flight attendants,” commented one Twitter user.

Another teased: “Nice to see @FLOTUS doubling up as an air hostess today.”

Setting off on the trip on Sunday, Melania made a signal to their visit through her fashion choices.

The First Lady opted for a Gucci dress which had been emblazoned with prints of Tower Bridge, the Tower of London, the Houses of Parliament, and double-decker buses.