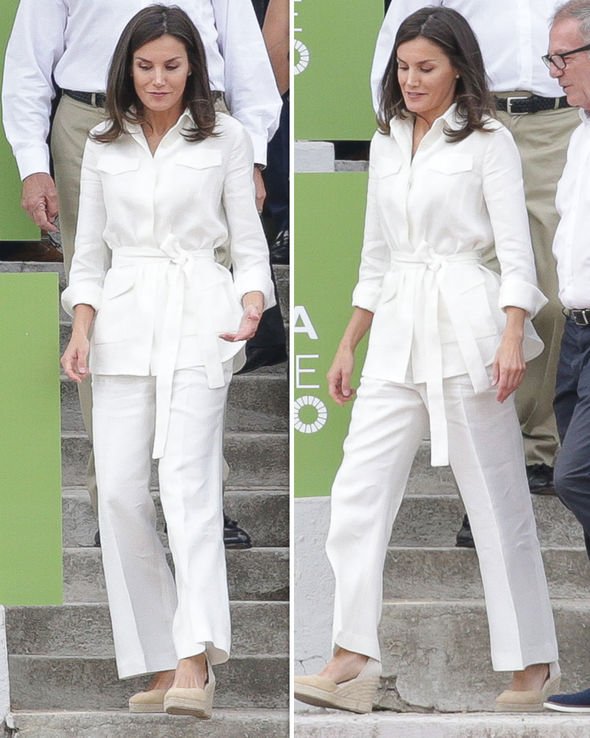 Queen Letizia wore a crisp white two-piece, as she visited a practice session of Spanish National Female Rugby team in Madrid. The Spanish royal appeared to be embracing the summer weather as she opted for a belted white shirt, and matching linen-look trousers. Letizia tied the belt neatly around her waist, which accentuated her figure, and rolled up the sleeves slightly which created a laid back vibe. She teamed the shirt and pants combo, with a pair of beige, close toe wedges, which added height to her petite frame. Opting for a more natural look, Letizia wore light make up. On her eyes, she wore a light pink shade eyeshadow and she sported a nude lip.

For the outing, she kept her brunette locks down in a soft wave, with her trademark middle parting on show.

She kept her jewellery simple for the day, wearing a small pair of studs.

The pair could be seen chatting and smiling, as they enjoyed the weather on the way to the sports venue.

The outing comes a day after Queen Letizia stepped out in Spain, wearing a classic white blouse and grey checked trousers. 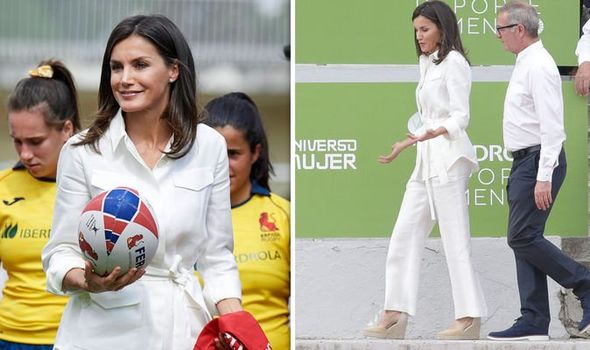 Letizia – who is married to Spain’s King, Felipe VI – was attending a charity meeting for the Spanish Association Against Cancer.

She wore the shirt which had silver buttons and an open lapel collar.

The thin loose garment had sleeves which puffed out slightly before coming in at the cuff.

She matched this with grey checked trousers which were high-waisted.

The smart trousers cut off at the ankle and Letizia showed off a pair of blush high heeled shoes by Magrit, with similar ones selling for £196. 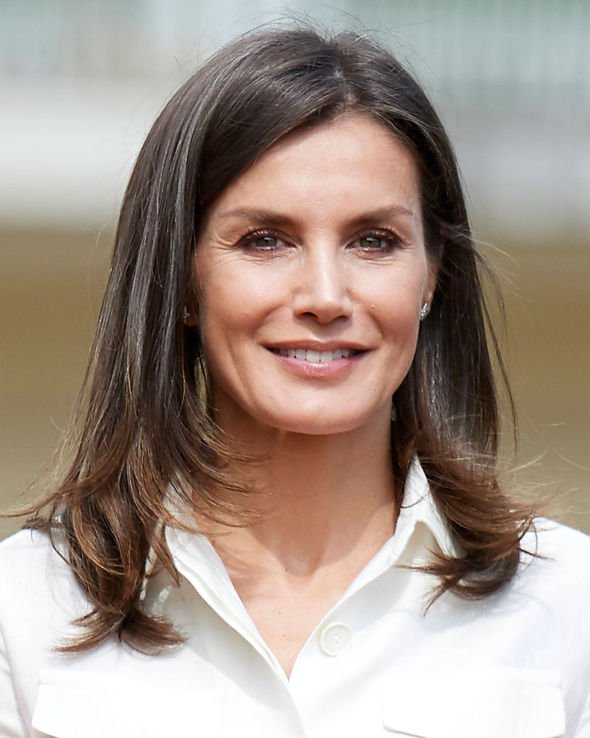 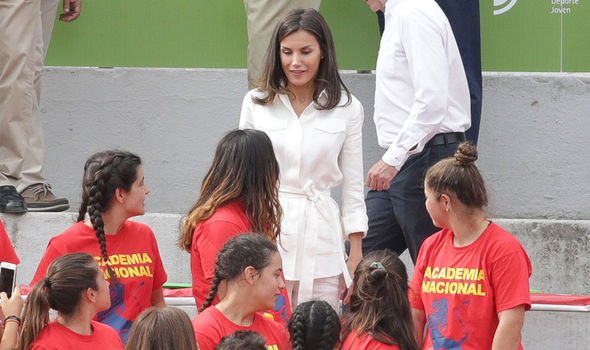 Although she kept her jewellery minimal, Letizia opted for a unique pair of diamond stud earrings which were in the shape of a butterfly.

She is often seen attending meetings and events for the charity.

Letizia, who is also a mum to two girls – Princess Leonor, 13, and Princess Sofia, 12 – was spotted meeting with members of the charity, including the charities president, Ignacio Muñoz Pidal.

While at the meeting, the royal tested out some of the new facilities which they had.